Accessibility links
'Abbey Road' Remixed For Its 50th Anniversary : All Songs Considered The son of the late Beatles producer George Martin reveals how he remixed the final album all four members of the band made together. 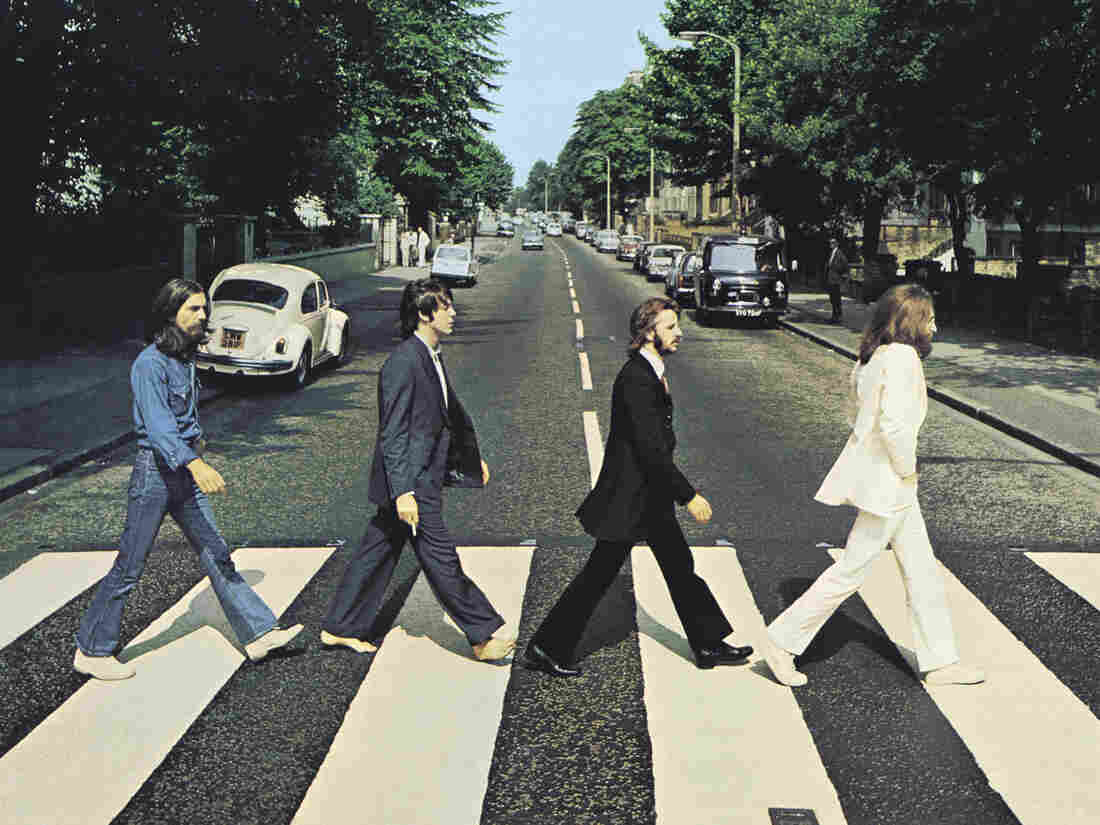 Fifty years ago, The Beatles returned to the EMI Recording Studios (later renamed Abbey Road) and made their last album together. To celebrate this milestone, Abbey Road has been remixed and newly released in a remarkable box set, with alternate takes, demo recordings and surround-sound mixes, all done by producer Giles Martin and engineer Sam Okell.

On this edition of All Songs Considered, I talk with Giles Martin about how he remixed Abbey Road 50 years after his father, George Martin, put his finishing touches on the album. We get to hear early versions of "I Want You (She's So Heavy)," "Something" and "Because," and learn how the medley on side two of Abbey Road came together.