Accessibility links
In Yemen, Houthi Rebels Release 290 Prisoners The U.N. and The International Committee of the Red Cross applauded the effort and hope it will lead to further releases by Houthi rebels as well as by the Saudi-led coalition waging war in Yemen. 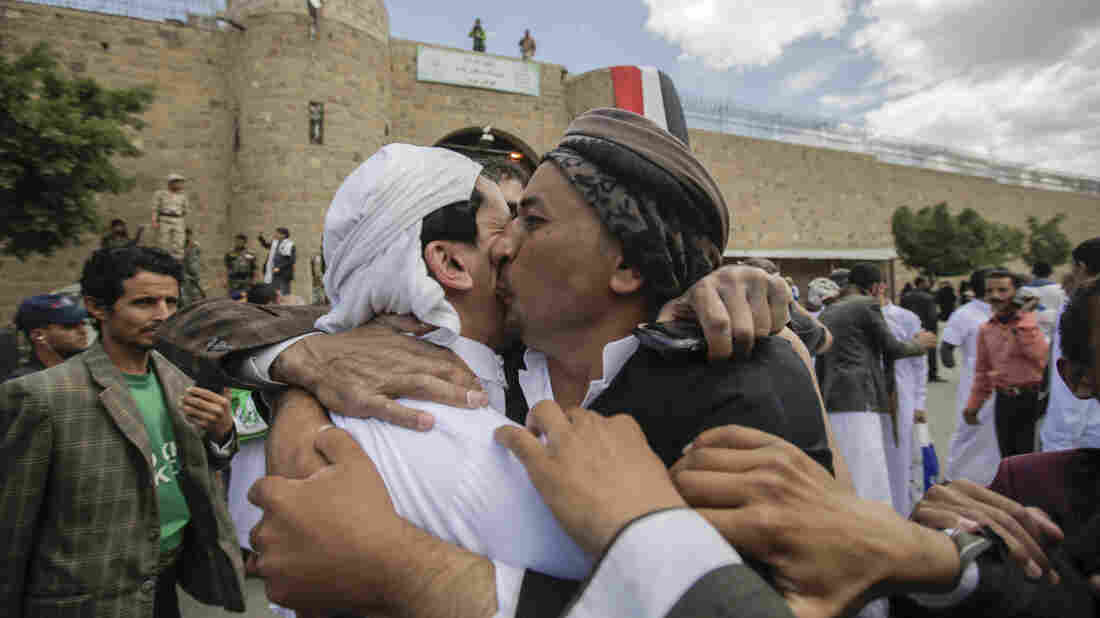 A Yemeni detainee (left) is greeted by a family member after being released by Houthi rebels on Monday. The release was brokered by the International Committee of the Red Cross. Hani Mohammed/AP hide caption 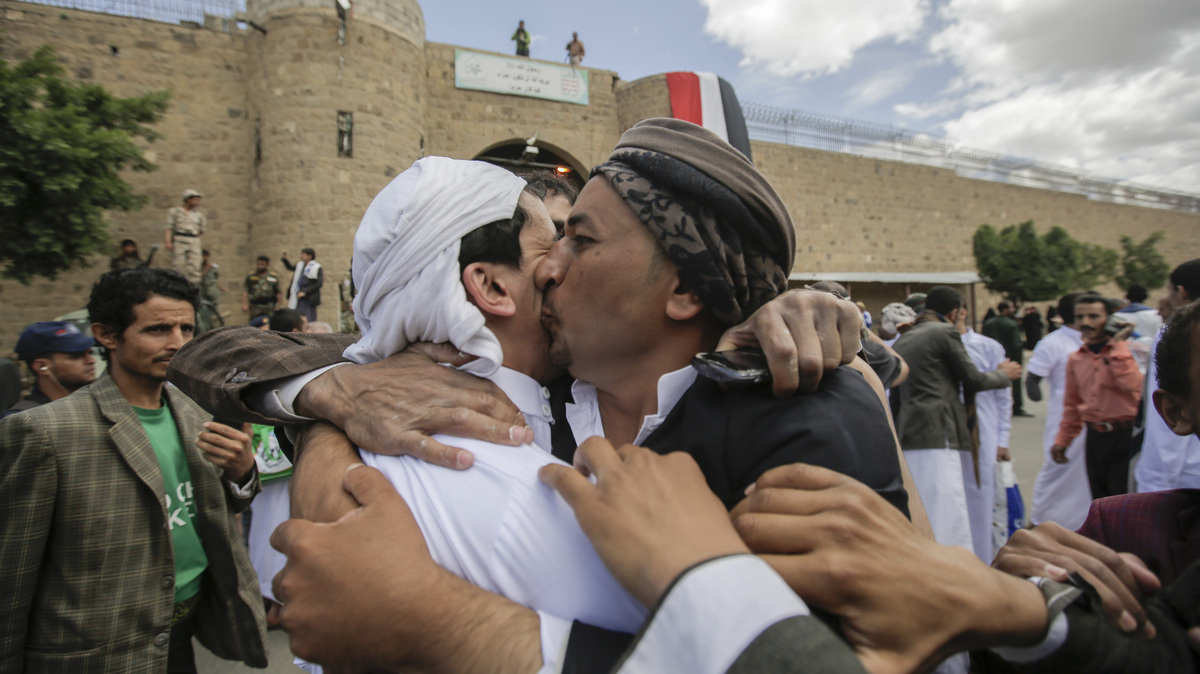 A Yemeni detainee (left) is greeted by a family member after being released by Houthi rebels on Monday. The release was brokered by the International Committee of the Red Cross.

Houthi rebels in Yemen released 290 detainees on Monday, a move seen as a hopeful sign amid the brutal civil war that has raged for years and devastated the country.

Those freed include 42 survivors of an airstrike earlier this month that hit a prison in West Yemen, killing more than 150 people. The strike was carried out by the Saudi-led coalition that has been bombing the Iran-aligned Houthis since they seized the capital city of Sanaa and forced out the Saudi-backed government in 2015.

The Houthi National Committee For Prisoners' Affairs said the release was made as a statement of goodwill. "We are prepared and willing to execute an all-inclusive swap deal, whether they are Yemenis or other nationalities," said Abdul Qader al-Murtada, head of the committee. "We have called on the United Nations to pressure the coalition to reciprocate."

The International Committee of the Red Cross announced in a statement that it helped facilitate the release in Sanaa.

The group said it provided a medical staff member to assess the health conditions of the detainees and ensure they were fit to travel. It also provided financial assistance to pay for transportation and other costs the detainees may have incurred on their trip home. No details were released on their nationalities or destinations.

The Latest On The Situation In Yemen

"We are always ready to act as a neutral facilitator in the release of detainees when we receive a request from the parties to the conflict and hope that this operation opens the door to further releases to bring comfort to families awaiting reunification with their loved ones," said Franz Rauchenstein, the ICRC's head of delegation in Yemen.

Martin Griffiths, U.N. special envoy for Yemen, said he hopes Monday's release "will lead to further initiatives that will facilitate the exchange of all the conflict-related detainees as per the Stockholm Agreement."

U.N. Report Includes A Long List Of Atrocities In The War In Yemen

The U.N. helped broker that peace deal between the warring sides late last year. One of the three elements of the Stockholm Agreement was an exchange of thousands of prisoners by each side. However, the plans for a swap stalled after the parties struggled to agree on how to implement it.

Tens of thousands of people have died from fighting and famine during Yemen's civil war, which the U.N. has called the world's worst humanitarian crisis.