Accessibility links
Rudy Giuliani Subpoenaed By House Committees In Impeachment Inquiry President Trump's lawyer has been ordered to give evidence to the House Permanent Select Committee on Intelligence as its probe accelerates in the Ukraine affair. 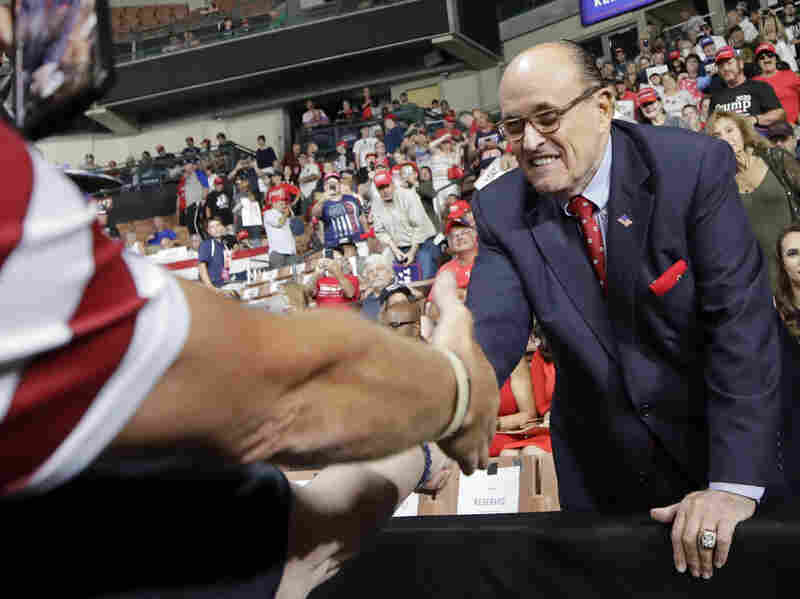 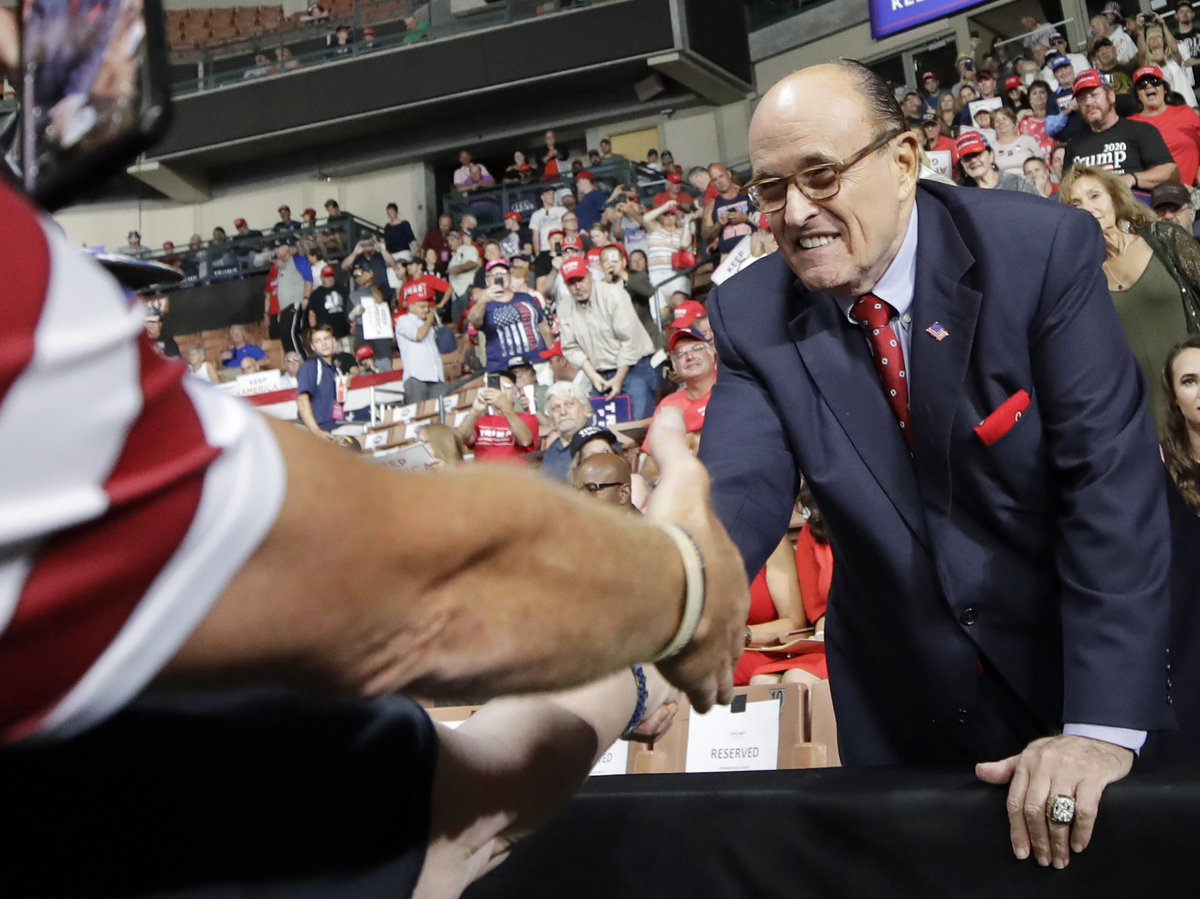 Majority Democrats in the House subpoenaed President Trump's personal attorney, Rudy Giuliani, on Monday for documents related to his communications with Ukraine.

The House Intelligence Committee issued a subpoena for information about the role Giuliani played in Trump's request of Ukraine's president to investigate the family of former Vice President Joe Biden.

In a letter unveiled on Monday, the chairmen of the House Intelligence, Foreign Affairs, and Oversight committees wrote that they had conferred about the need to compel Giuliani and all three House leaders signed the document.

The committees set an Oct. 15 deadline for Giuliani to produce documents and communications back to Jan. 20, 2017.

Giuliani has acknowledged he has messages and other materials that Democrats argue are pertinent to what they call an inquiry that could lead to Trump's impeachment.

"In addition to this stark admission, you stated more recently that you are in possession of evidence — in the form of text messages, phone records, and other communications — indicating that you were not acting alone and that other Trump administration officials may have been involved in this scheme," wrote the Democrats.

Democrats say they want to move with alacrity in what they've called a pressing new phase of their investigations into Trump.

Their theory of the case is that Trump halted congressionally authorized military assistance for Ukraine until he got a commitment from its president, Volodymyr Zelenskiy, about a Biden investigation.

The White House released an account of Trump's conversation with Zelenskiy last week in which the American president asks for a "favor" and mentions the Bidens.

An anonymous whistleblower within the intelligence community alleged in a complaint that the Ukrainians had been primed beforehand to expect that topic.

What isn't clear is how that pre-call message might have been delivered or by whom. Members of Congress want to hear from Giuliani and others who worked on the Ukraine issue, including some State Department diplomats, about that part of the story.

A number of witnesses may appear before the House Intelligence Committee this week behind closed doors.

Trump and his Republican supporters dismiss the Democrats' threats of impeachment.

The president does not concede there was anything amiss in what he has called a "perfect" conversation with Zelenskiy, one that prompted Trump to praise his own niceness.

Republicans also have sought to go on offense against the process still churning within officialdom in Washington; Trump said on Monday he's trying to find out the whistleblower's identity, even though the person is supposed to be protected under the law.

Trump's 2020 reelection campaign and the Republican National Committee also have said they're buying $10 million worth of cable TV ads to underscore what they say should be the real focus of the Ukraine affair: alleged "corruption" by Biden and his family.

Trump also has defended what he called the propriety of broaching "corruption" with his Ukrainian counterpart and said that he halted military assistance because he sought more contributions from European governments.