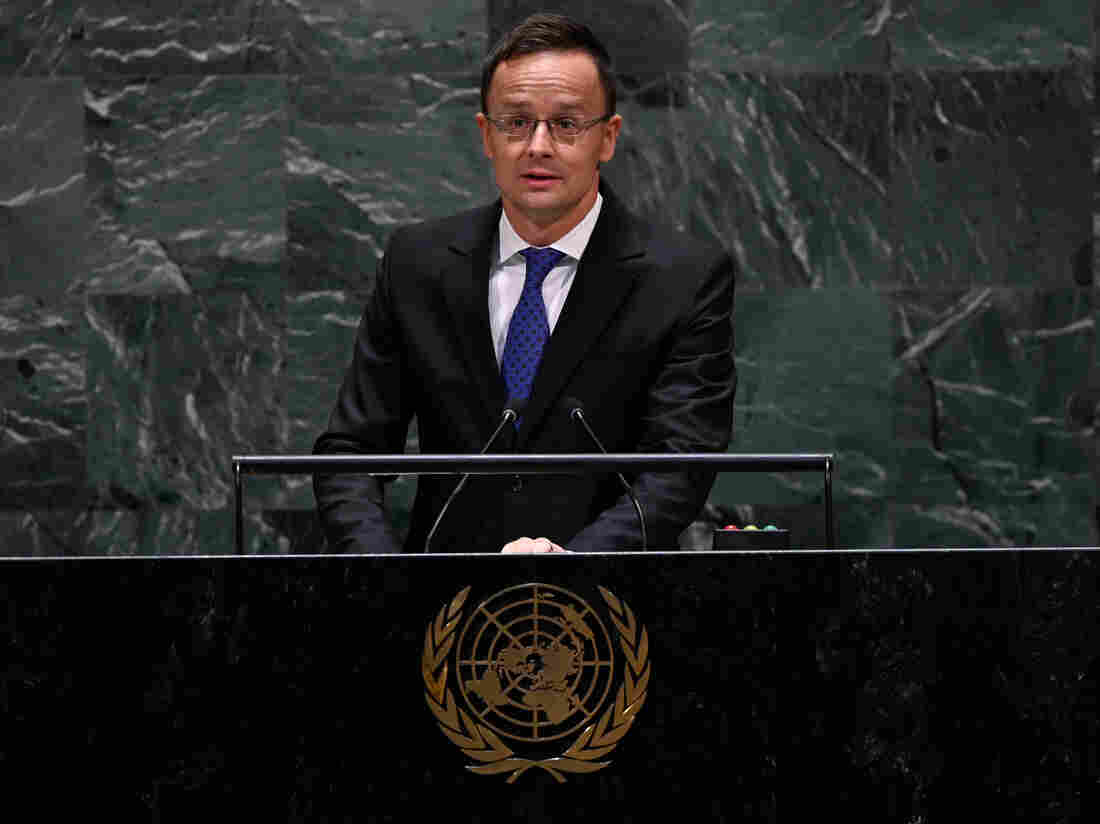 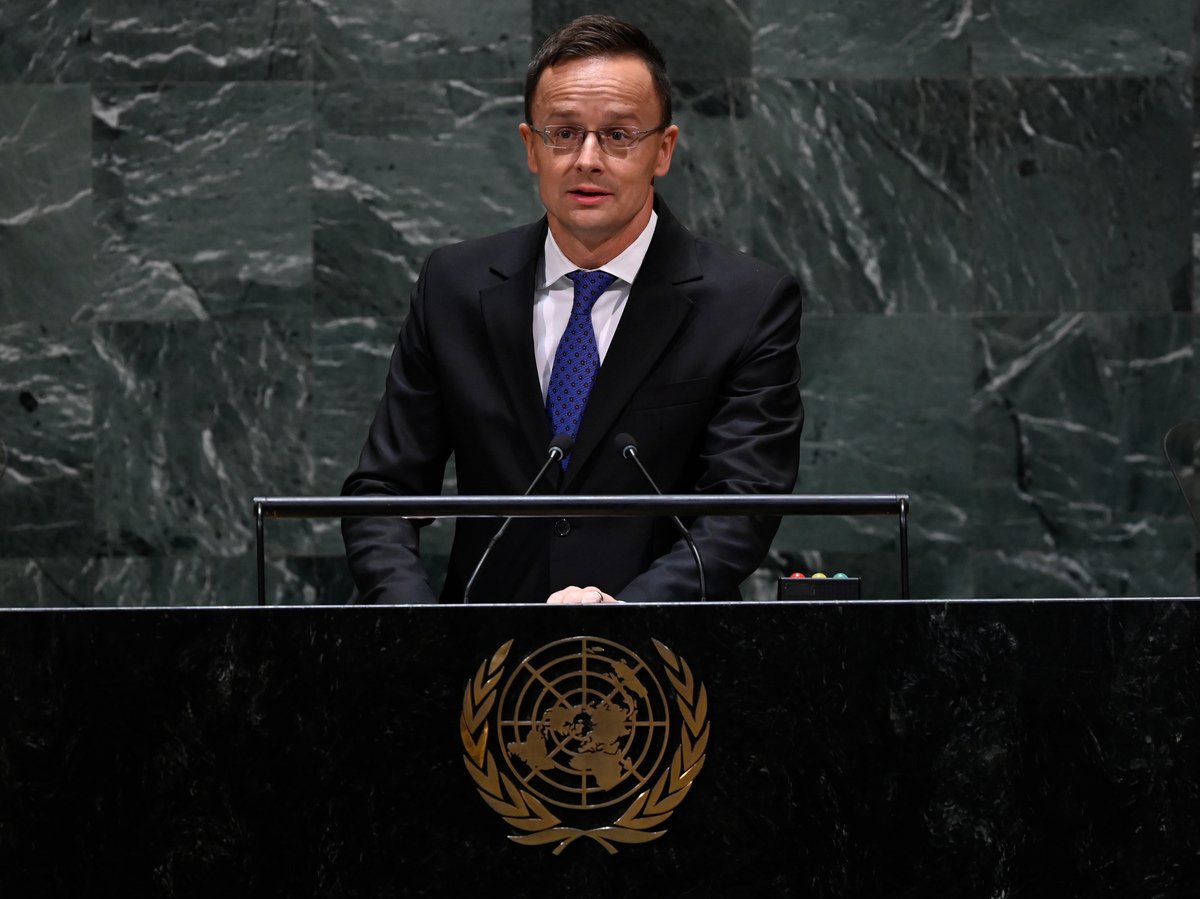 Hungary's government is pushing back against European Union assertions that it is putting democracy in danger, says Hungarian Foreign Minister Peter Szijjarto.

Run by the independent federal U.S. Agency for Global Media, Radio Free Europe/Radio Liberty's mission is to broadcast uncensored news and open debate in countries where press freedoms are scant and repression is growing.

Szijjarto is adamant that the move is unwarranted.

"It's fake news about Hungary. There is absolutely a media freedom in [the country]," he tells NPR's Noel King.

Szijjarto, who spoke at the United Nations General Assembly in New York last week, asserts that the largest outlets in the country are critical of the government. But as NPR has reported, the Orban government and its allies have taken control of the majority of Hungary's media, which routinely amplify the government line.

The Orban administration has portrayed itself as a defender of Europe's borders and what it considers to be a Christian way of life. It staunchly opposes EU plans to resettle hundreds of thousands of migrants seeking asylum in Europe each year.

Yet the country is facing a worsening labor shortage. Hungary could lose more than 12% of its population by 2050, according to a United Nations estimate, as younger citizens seek higher wages and better working conditions in other parts of the EU.

Instead of integrating migrants to fill the empty jobs in Hungary's economy, forecast to grow 3.6% this year, the government is banking on expanded family programs such as a lifetime income tax exemption for mothers who have at least four children.

"We want to support our own families instead of supporting migrants," Szijjarto says.

Critics have derided the government's anti-migrant policies as well as its moves that they say have eroded judicial independence, free press, free speech and other democratic norms in the former communist country.

Last year, the European Parliament launched an investigation of what it called Hungary's "systematic threats" to democracy.

The Hungarian government ardently denied the charges, calling them a biased attack on the country's conservative Christian values. Orban has responded to EU assertions that he's eroding liberal democracy by declaring Hungary an "illiberal" one.

There is absolutely a media freedom in Hungary. You cannot name one sector of media — be it Internet, be it radio, be it television — where the market leader would be pro-government.

On Hungary's relationship with the EU

You know we are a country which respects the sovereignty of other countries. We always respect the decisions of the citizens of other countries regarding their own country, and we expect others to respect the decisions of the Hungarians about the future of Hungary, so mutual respect. This is very important: Don't put pressure on the others and let them decide about their own future.

We want to support our own families instead of supporting migrants. You have not seen those 400,000 illegal migrants who marched through the country back in 2015. Thank you very much. We don't want them to stay in Hungary.

You know the European Union would like to apply obligatory resettlement quotas in the framework of which they want a couple of thousand to be received in Hungary. But thank you very much. We don't want that and we reject that and you'll never receive any kind of illegal migrants in Hungary [as long as we] are in office.

I don't agree that migration would be the solution here. I simply don't agree. Because if you look at the Western European countries, migration was not the solution. Migration created ... parallel societies. They have not found any kind of answer to their labor market challenges, and I'm pretty sure that we are not going to find any kind of solutions.

In the audio of this story, as in a previous Web version, we say that RFE/RL's move to Hungary is pending congressional approval. Congress has approved a "notification" that allows RFE/RL's governing body — the U.S. Agency for Global Media — to budget for reopening in the country. However, the news outlet has still not relaunched. Some procedural steps and negotiations with the Hungarian government are continuing.