Accessibility links
Tractor Trails Of Protesting Dutch Farmers Snarl Traffic for Hundreds Of Miles Farmers say their livestock and operations are being unfairly blamed for greenhouse gas emissions. They descended on The Hague, causing what's been called the country's worst morning rush hour. 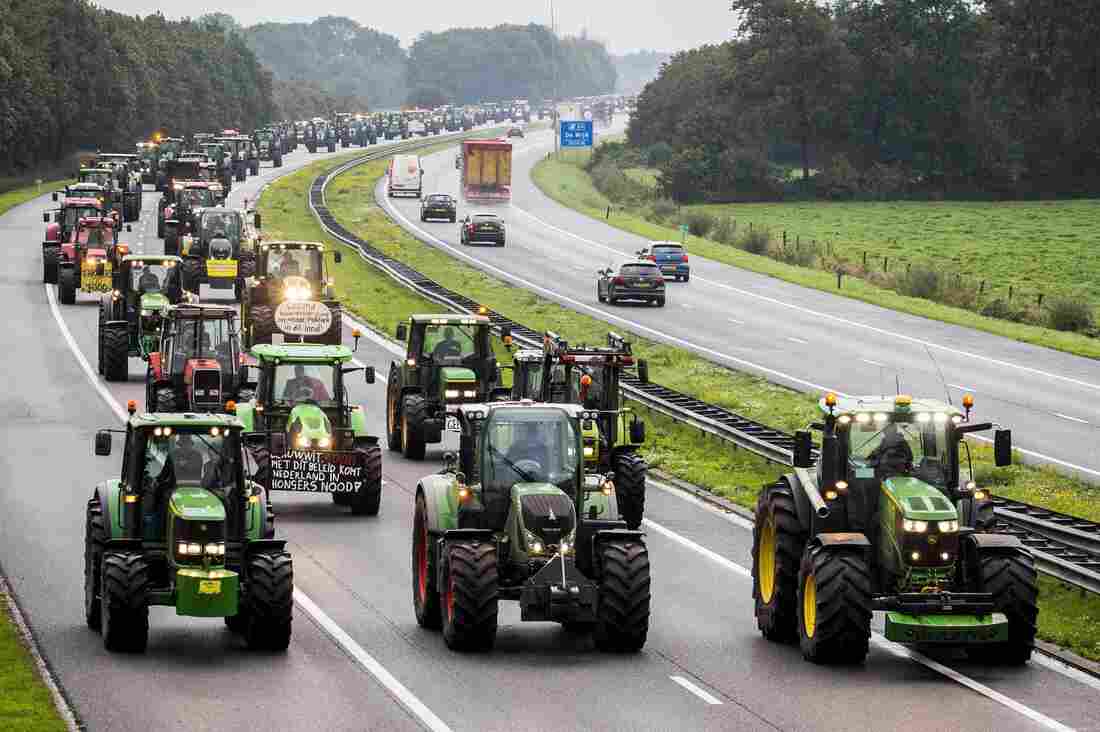 In the Netherlands, farmers block a major highway with their tractors on Tuesday during a national protest. Farmers say their livestock and operations are being unfairly blamed for greenhouse gas emissions. Vincent Jannink/AFP/Getty Images hide caption 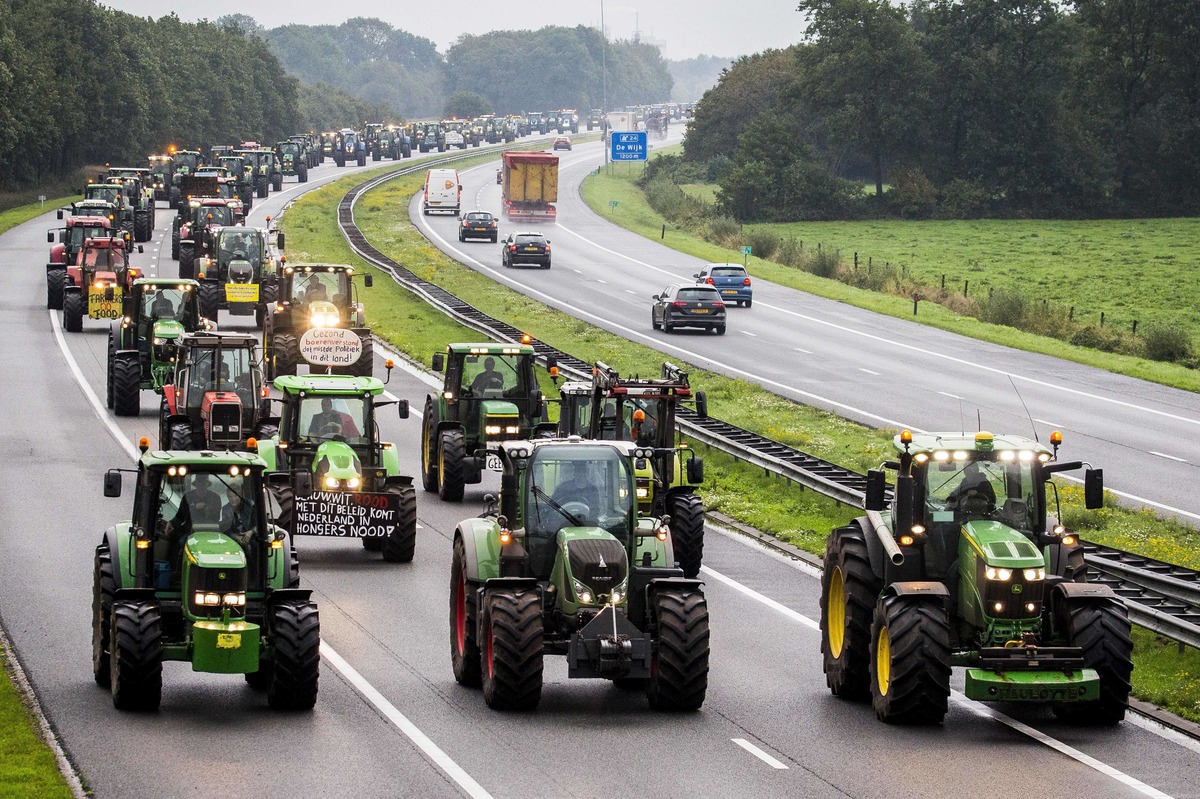 In the Netherlands, farmers block a major highway with their tractors on Tuesday during a national protest. Farmers say their livestock and operations are being unfairly blamed for greenhouse gas emissions.

Thousands of Dutch farmers rolled their tractors over highways to The Hague to protest a possible crackdown on nitrogen emissions from livestock and farming operations. The angry farmers snarled traffic for hundreds of miles in what has been called the Netherlands' busiest morning rush hour.

Brightly colored rows of the tractors rolled slowly down main roads all morning on Tuesday. The Dutch automobile association ANWB says it recorded more than 700 miles of traffic jams at the peak of rush hour, mostly due to the protest. A map released by the group shows a sea of red traffic blockages:

"Farmers and growers are sick of being painted as a 'problem' that needs a 'solution'," Dirk Bruins of the agricultural industry group LTO said, according to Reuters.

Police have estimated that about 2,200 tractors were involved in the protest, according to NOS, and three people were arrested. The farmers began to leave The Hague starting about midafternoon.

The government has not taken specific action that would change farmers' practices, but some politicians have advocated for dramatically reducing livestock numbers.

For example, one of the parties in the ruling coalition recently floated cutting in half the number of livestock allowed, while offering farmers financial incentives.

Member of Parliament Tjeerd de Groot, who has argued in favor of that idea, was reportedly booed by farmers when he appeared at a rally Tuesday in the center of The Hague. Agriculture Minister Carola Schouten rejected that idea while speaking to farmers at the same demonstration.

"As long as I am a minister, there will be no halving of the herd," Schouten said, according to public broadcaster NOS. "Dutch farming is developing and you do it differently than your parents. Your children will do things differently again. That is the strength of our agriculture."

The possible cutbacks in livestock were a response to a ruling by the Netherlands' top court in May. As the BBC reported, it found that "Dutch rules for granting building and farming permits breached EU law on protecting nature from nitrogen emissions such as ammonia and nitrous oxide."

Thousands of construction projects were halted, and since then, according to the BBC, an advisory committee has said "drastic measures were needed, both in farming and on Dutch roads."

The Dutch government has said that it aims to reduce the country's greenhouse gas emissions by 2030 to 49% of 1990 levels.