Accessibility links
Latinx Groups Seek To Ensure Unauthorized Immigrants Included In Apportionment The group is concerned the Trump administration won't follow more than 200 years of precedent in dividing up seats in Congress based on numbers that include unauthorized immigrants. 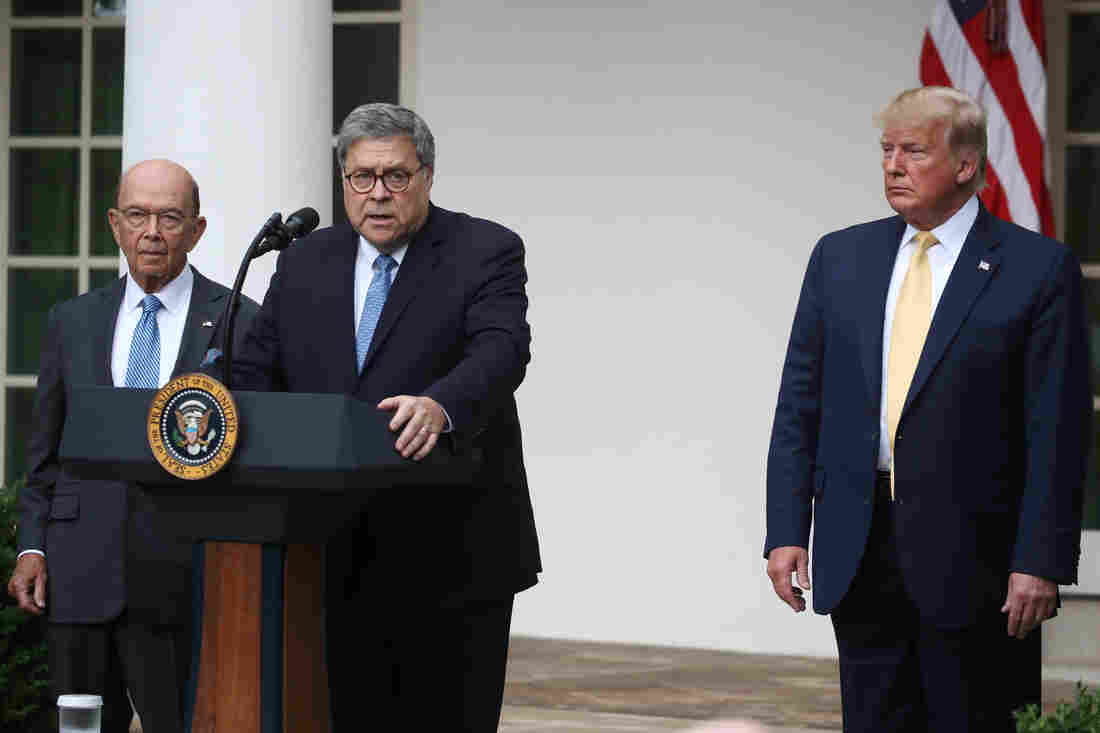 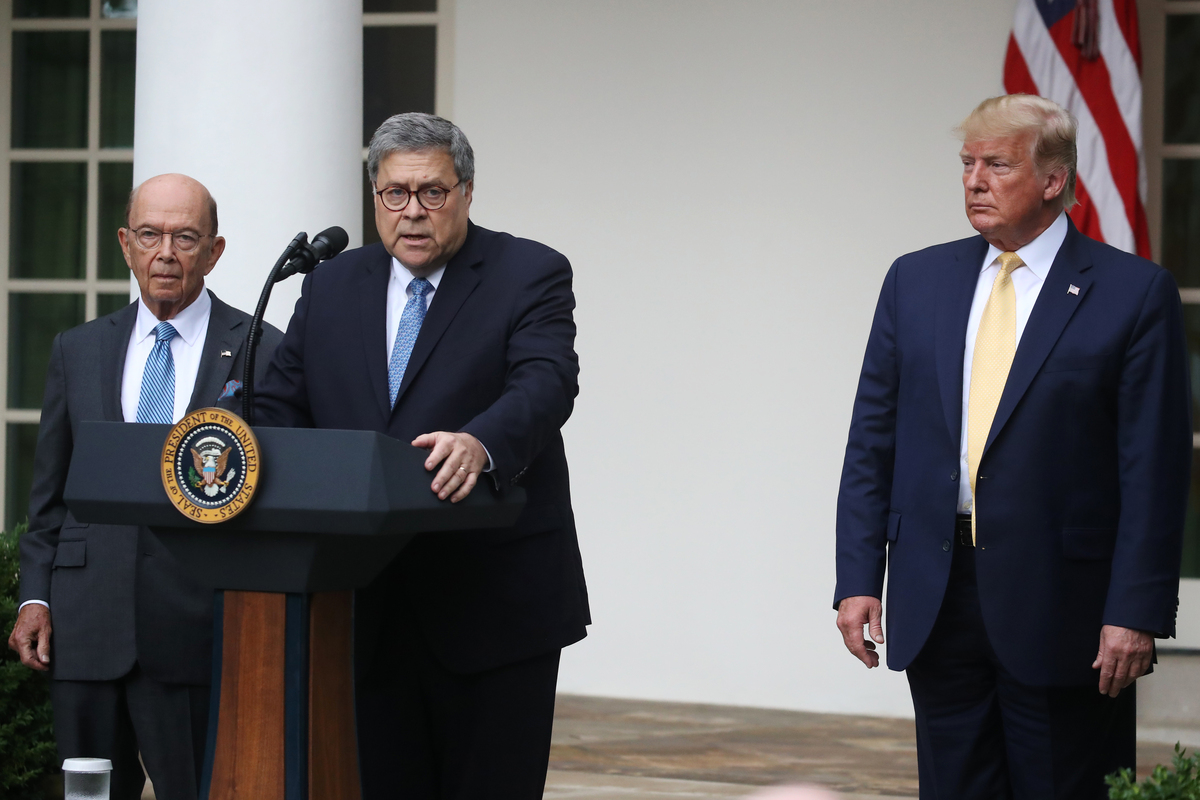 A group of voters and a Latinx advocacy group are challenging the Trump administration in federal court after officials signaled they may break with more than 200 years of precedent in how the federal government divides up congressional seats.

In a court filing released Tuesday, attorneys with the Mexican American Legal Defense and Educational Fund say they are asking a federal judge in Alabama to block the administration from excluding unauthorized immigrants from population counts used to reapportion seats in Congress among the states after the upcoming national head count.

"Recent ambiguous statements by Trump administration officials raise the prospect that the administration might seek to engage in such unconstitutional conduct," Thomas Saenz, MALDEF's president and general counsel, said in a written statement.

In the wake of the administration's failed push to add a citizenship question to census forms, Barr stood in the White House Rose Garden this summer as Trump declared the administration was moving forward with plans to compile the records of federal agencies to produce data about the U.S. citizenship status of every person living in the country.

Barr added that the data "will be used for countless purposes" and referenced the lawsuit, which was filed against the administration last year by the state of Alabama and U.S. Rep. Mo Brooks, a Republican from that state:

"For example, there is a current dispute over whether illegal aliens can be included for apportionment purposes. Depending on the resolution of that dispute, this data may be relevant to those considerations. We will be studying this issue."

It is unclear exactly how citizenship data could be used to produce a count of unauthorized immigrants needed to exclude them from the apportionment count. Any effort to try to do so would be "based on estimations that use probabilistic statistical modeling" to determine the number of unauthorized immigrants and, therefore, unconstitutional, MALDEF attorneys argue in their court filing.

Citing NPR's reporting, the filing also references Census Bureau Director Steven Dillingham's vague response to a question Rep. Ayanna Pressley, a Democrat from Massachusetts, posed during a congressional hearing in July. Asked whether citizenship will be factored into apportionment after the 2020 census, Dillingham ultimately refused to directly comment on an issue "currently in litigation."

"We do not provide comments on litigations," Cook said in an email.

Justice Department spokesperson Sarah Sutton and the public affairs office of the Commerce Department, which oversees the Census Bureau, also declined to comment.

MALDEF's latest legal move adds another layer of complexity to the tangled legal battle in Alabama over who will be included in the congressional apportionment count after the census.

The organization's lawyers have said they do not trust Justice Department attorneys to provide a thorough defense of the Census Bureau.

Last year, U.S. District Judge R. David Proctor of Birmingham, Ala., allowed the groups represented by MALDEF to intervene in Alabama and Brooks' lawsuit by joining the administration in defending the bureau's long-standing policy of including unauthorized immigrants in the apportionment count.

In September, Proctor also allowed a coalition of 15 states, led by New York, and other groups to defend the bureau.

Through what's known as a "cross-claim," MALDEF lawyers are alleging that there is a "live and actual controversy" between the groups they're representing and the Trump administration in light of the recent statements about apportionment.

MALDEF is also helping to represent Latinx community groups based in Texas and Arizona in a separate lawsuit to block the administration from collecting government records for producing citizenship data in the first place.

A previous version of this story, as well as a headline, incorrectly suggested the legal filing was a new lawsuit. In fact, it was filed as part of an existing lawsuit.