Accessibility links
Jamal Khashoggi's Death: Fiancée Is Still Searching For Answers The Washington Post columnist, who was a critic of Saudi Arabian Crown Prince Mohammed bin Salman, was killed and dismembered inside the Saudi consulate in Istanbul on Oct. 2, 2018. 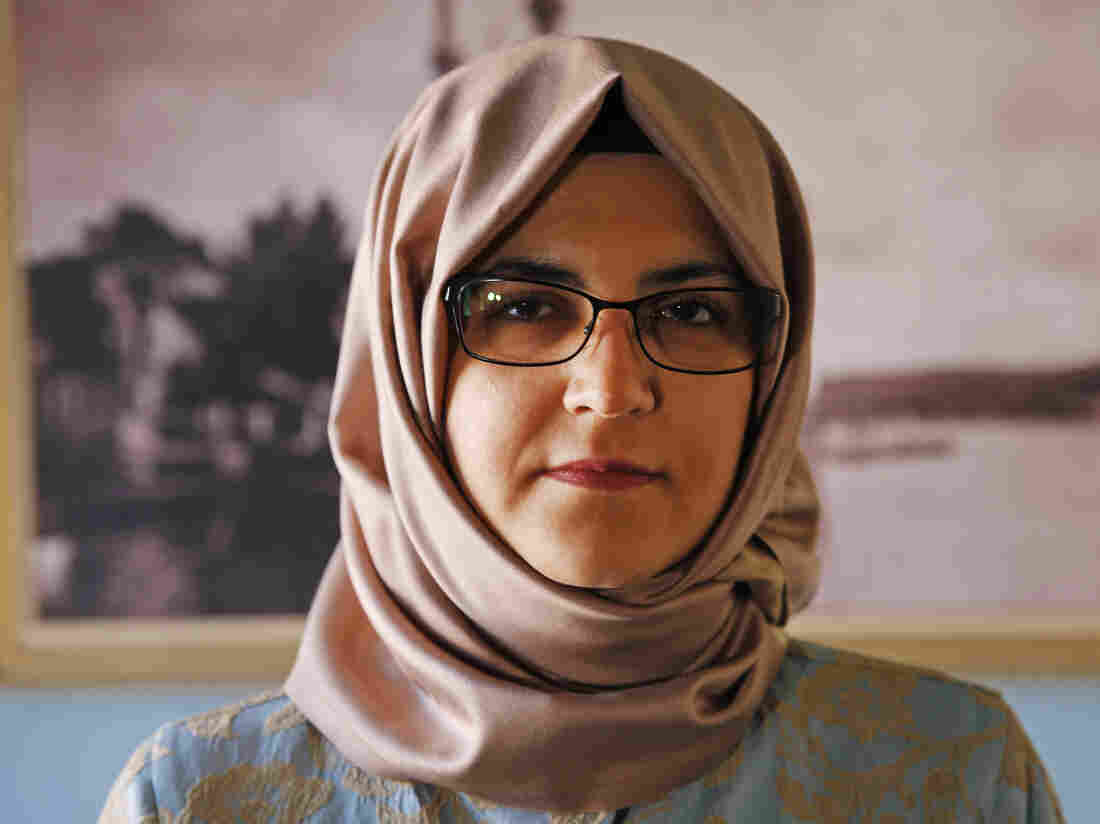 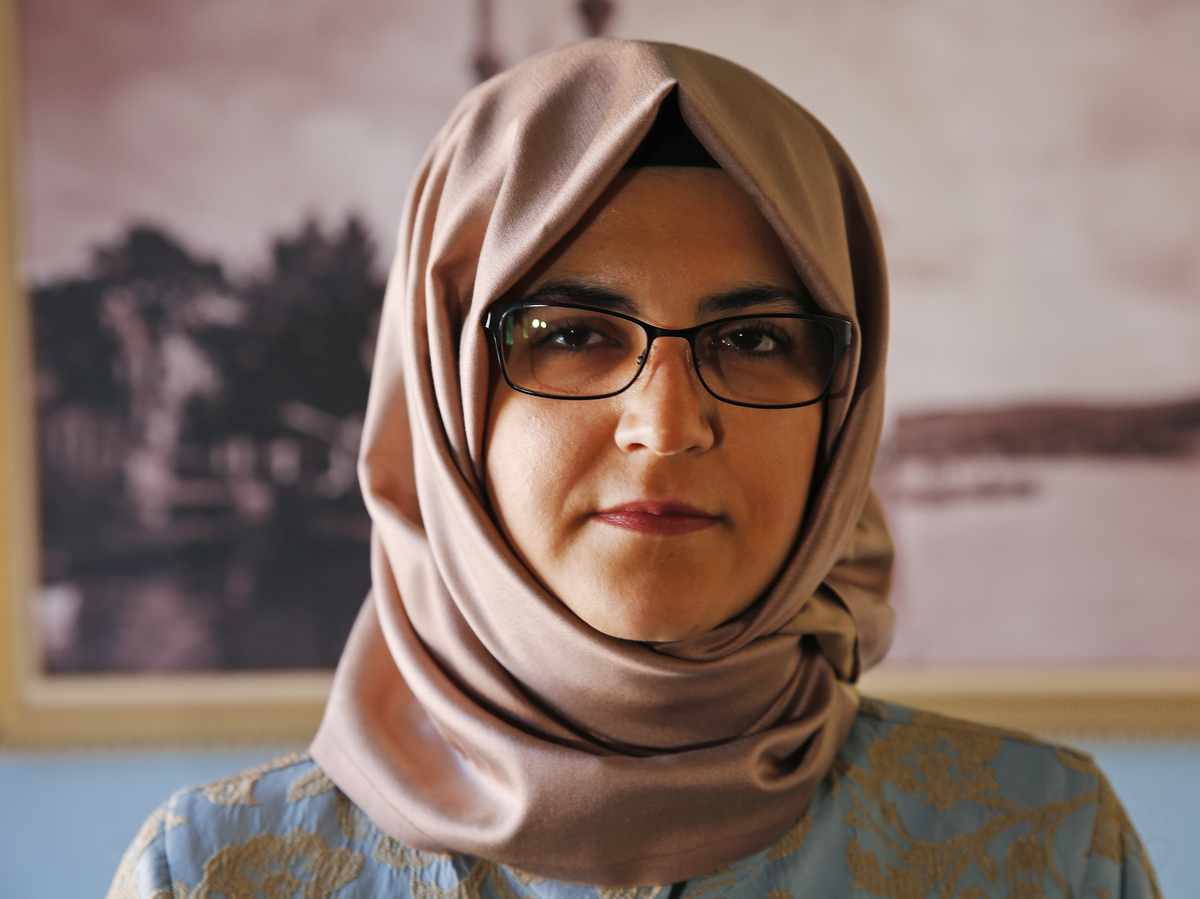 Hatice Cengiz, the fiancée of slain Saudi journalist Jamal Khashoggi, poses for The Associated Press following an interview in Istanbul on Tuesday.

A year after journalist Jamal Khashoggi was killed and dismembered by Saudi agents in Turkey, the writer's fiancée attended a commemoration at the consulate where he was slain while she waited unknowingly outside.

Hatice Cengiz, who is a Turkish citizen, gathered with activists and friends for a ceremony that began at precisely 1:14 p.m. (6:14 a.m. ET) Wednesday outside the Saudi Consulate in Istanbul, marking the moment that Khashoggi entered the building.

Khashoggi, who was a U.S. resident and Washington Post columnist, had gone to the consulate seeking papers to marry Cengiz. He never emerged.

She is calling for answers from Saudi Crown Prince Mohammed bin Salman, who the CIA concluded ordered Khashoggi's death. Bin Salman, popularly known as MBS, has repeatedly denied any direct involvement in the killing.

"Why was Jamal killed and why has the public not been informed about the death until now?" Cengiz said in an interview with The Associated Press. "For instance, we don't know where the body is. His funeral prayers have not been performed. There has been no burial."

Post owner Jeff Bezos, who attended the ceremony, told her: "No one should ever have to endure what you did. ... You need to know that you are in our hearts. We are here, and you are not alone."

As NPR's Peter Kenyon reported, "the Turkish representative of Reporters Without Borders added that Khashoggi was killed within 10 minutes of entering the consulate, showing that it was a planned killing." 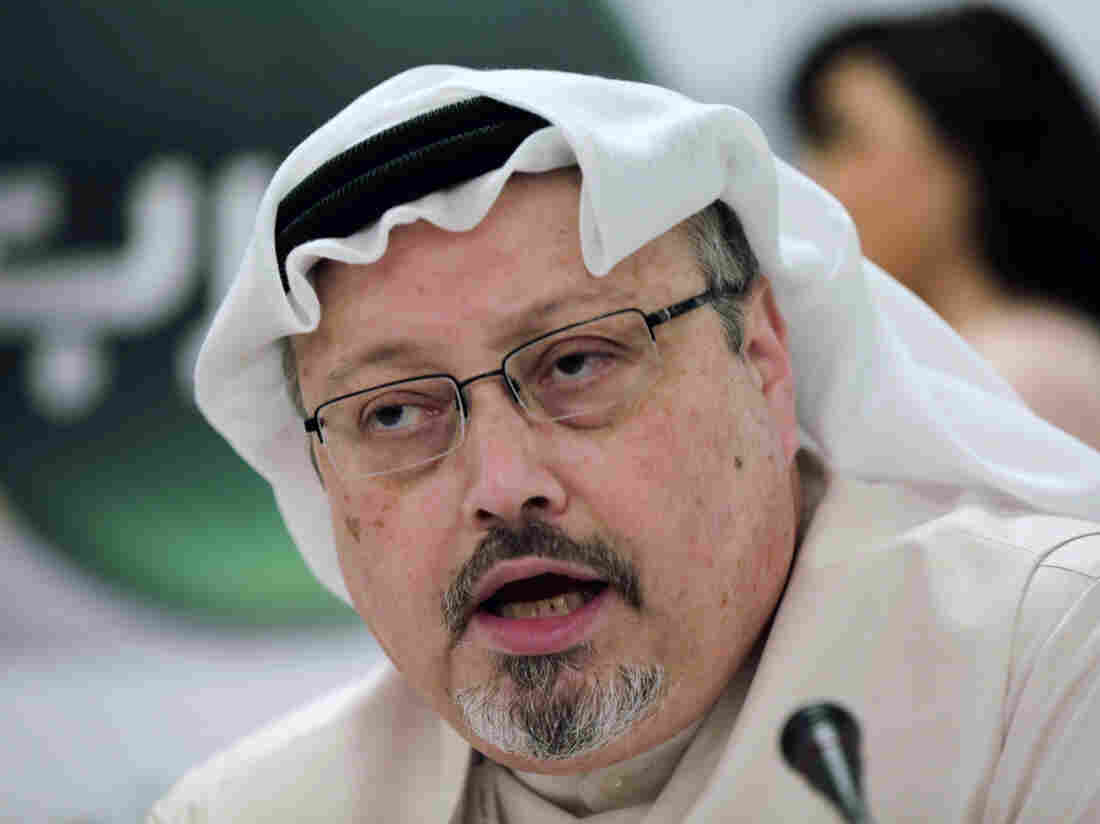 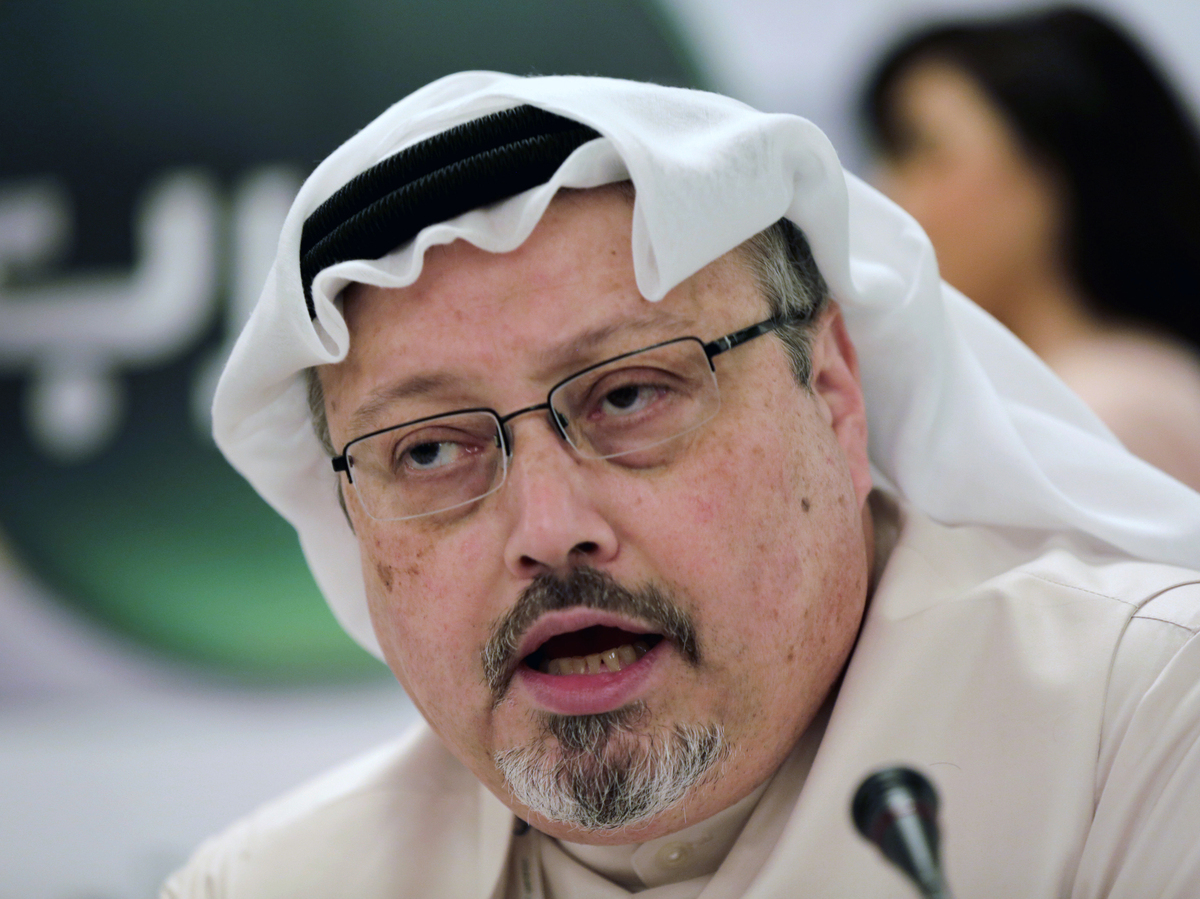 Saudi journalist Jamal Khashoggi speaks during a news conference in Manama, Bahrain, in 2014.

In Paris, a few dozen activists from the Reporters Without Borders media rights advocacy group protested outside the Saudi Consulate, leaving dismembered mannequins outside the building, according to the AP.

Christophe Deloire, secretary-general of Reporters Without Borders, said the organization wanted the killing of Khashoggi — who had been a critic of the crown prince — to be on the agenda at next year's G-20 summit in the Saudi capital, Riyadh.

Prior to Khashoggi's death, the crown prince had been widely viewed as a young reformer, pushing for a more liberal Saudi Arabia, but his image and that of Saudi Arabia have taken a huge hit in the past year.

In recent weeks, he has suggested a degree of personal responsibility for Khashoggi's death but maintains that he didn't order it and had no prior knowledge of the plan to kill the journalist.

He told the CBS program 60 Minutes that as the de facto Saudi leader he bore "full responsibility," but insisted it was impossible for him to know "what 3 million people working for the Saudi government do daily."

Agnes Callamard, a United Nations expert on summary executions, told Reuters that the crown prince's remarks were part of a "strategy of rehabilitation in the face of public outrage around the world."

In the past year, the Trump administration has largely ignored the killing of Khashoggi, preferring instead to focus on the close relationship between Washington and Riyadh and the country's role as a U.S.-backed gendarme state in the Middle East.

Last October, President Trump was asked about Khashoggi's disappearance and apparent death but instead touted the economic benefits of a pending arms sale to the Saudis.

Later, Trump said he had spoken to the crown prince and that the Saudi leader had "firmly denied any knowledge" of what happened to Khashoggi.

"I don't want to get into his mind — but it sounded to me like maybe these could have been rogue killers," he said. "Who knows? We're going to try getting to the bottom of it very soon. But his was a flat denial."