'We're Not Fooling Around': Democrats Defend Inquiry As Trump Calls Efforts A Waste

'We're Not Fooling Around': Democrats Defend Inquiry As Trump Calls Efforts A Waste 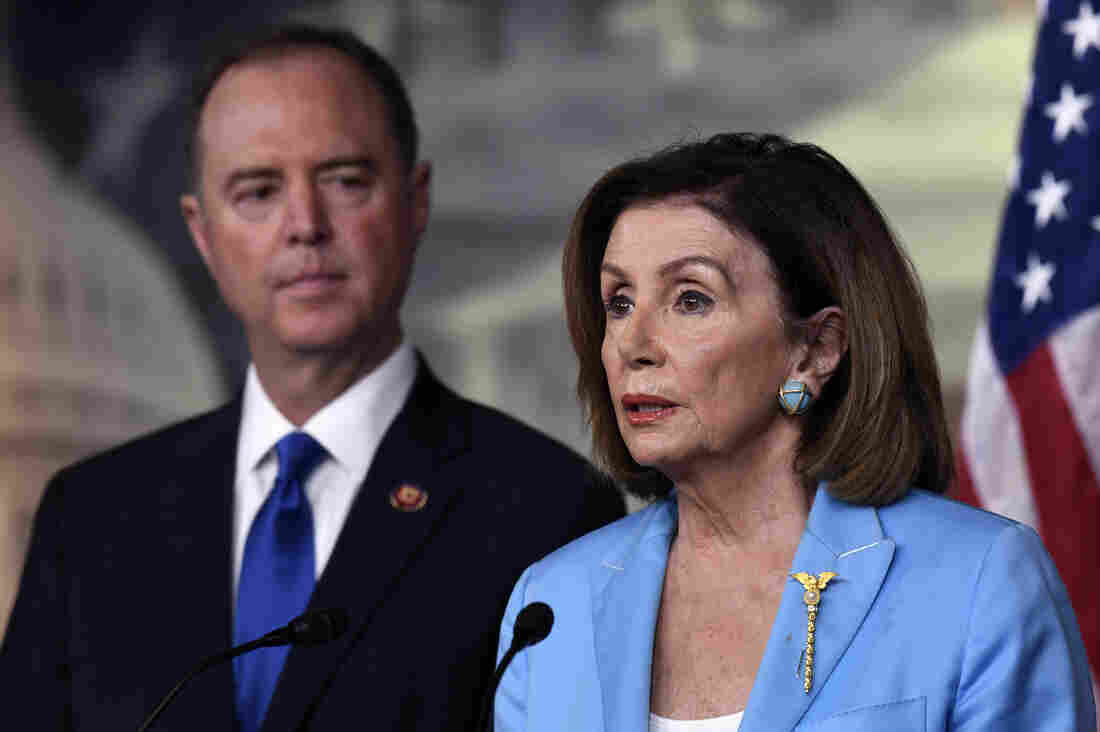 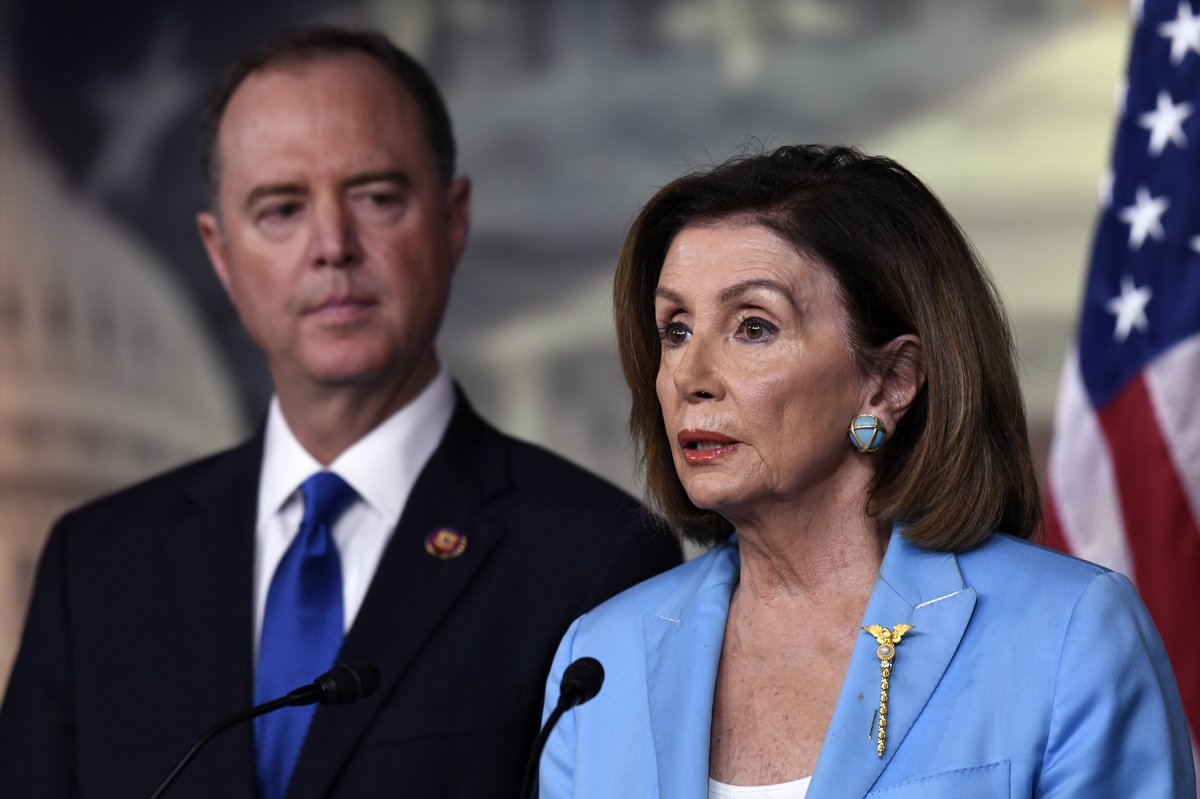 House Democrats defended their impeachment inquiry into President Trump on Wednesday, while opening another front in the ongoing battle with the White House over documents they are seeking for their probe.

Three House committee chairmen threatened to issue a subpoena for the documents.

Schiff said White House attempts to stonewall the investigation "will be strengthening the case on obstruction" of justice.

At a White House press conference alongside Finnish President Sauli Niinistö later on Wednesday, Trump said, "I always cooperate" with congressional subpoenas, but went on to repeatedly denigrate Democratic investigations moving toward impeachment as a "hoax."

"We'll work together with shifty Schiff and Pelosi and all of them," Trump said.

Pelosi repeated her argument that the president's July telephone conversation with Ukrainian President Volodymyr Zelenskiy in which Trump asked him for "a favor" was sufficient reason to move forward with the investigation.

Pelosi said that the country's founders purposely put guardrails in the Constitution to prevent abuse of power from the executive.

"They never thought that we'd have a president who would kick those guardrails over," she said, adding, "This is sad."

Trump claimed the transcript the White House put out of his call with Zelenskiy exonerated him, but he falsely repeated several times it was a full, exact transcript of the call though it is not.

In a memo released on Wednesday, the House committee chairmen stated, "Over the past several weeks, the Committees tried several times to obtain voluntary compliance with our requests for documents, but the White House has refused to engage with — or even respond to — the Committees."

The president responded to the Pelosi-Schiff news conference with a heated tweet using a barnyard epithet.

"The Do Nothing Democrats should be focused on building up our Country, not wasting everyone's time and energy on BULLSHIT, which is what they have been doing ever since I got overwhelmingly elected in 2016, 223-306. Get a better candidate this time, you'll need it!" he tweeted.

The Do Nothing Democrats should be focused on building up our Country, not wasting everyone’s time and energy on BULLSHIT, which is what they have been doing ever since I got overwhelmingly elected in 2016, 223-306. Get a better candidate this time, you’ll need it!

(According to the Federal Election Commission and the Electoral College, Trump actually ended up with 304 electoral votes and Hillary Clinton with 227.)

The committee chairmen — Schiff; Rep. Elijah Cummings, D-Md., chairman of the Oversight Committee; and Rep. Eliot L. Engel, D-N.Y., chairman of the foreign affairs panel — say they will issue the subpoena Friday, unless the White House complies with their request, which they say was made more than three weeks ago.

Among other call-related documents, the chairmen are seeking any records referring to the president's personal attorney, Rudy Giuliani, and his communication with Ukraine.

The Democratic leaders have already subpoenaed Giuliani as well as Secretary of State Mike Pompeo, who said he was on the phone call.

Schiff said he was very concerned about Pompeo's "efforts to potentially interfere" in the panel's efforts to obtain documents and testimony from witnesses. After Pompeo raised concerns about lawmakers' requests on Tuesday, Democrats pushed back the first of their series of planned depositions.

Schiff said Wednesday that said any attempt by Pompeo, the president or anyone else to interfere would be considered evidence of obstruction.

Trump zeroed in on a New York Times report that Schiff had learned in advance about the whistleblower complaint over the Ukraine call and the president's alleged abuse of power.

"I think it's a scandal that he knew before, and I'll go a step further, he probably helped write it," Trump said without any evidence.

Pelosi made the point that House Democrats were continuing to work on two legislative priorities — lowering prescription drug prices and a new trade deal with Canada and Mexico.

She insisted that the legislative efforts were separate from the impeachment probe and that Democrats were still ready to work with the president. As far as the president's attitude about cooperating on legislation, "that's really up to him," she said.