Accessibility links
WTO Says U.S. Can Hit EU With $7.5 Billion In Tariffs Over Airbus Subsidies The World Trade Organization sided with the U.S. in a years-long dispute over European loans and subsidies to Airbus, putting a value on the damage done to U.S. industry — particularly Boeing.

WTO Says U.S. Can Hit EU With $7.5 Billion In Tariffs Over Airbus Subsidies

WTO Says U.S. Can Hit EU With $7.5 Billion In Tariffs Over Airbus Subsidies 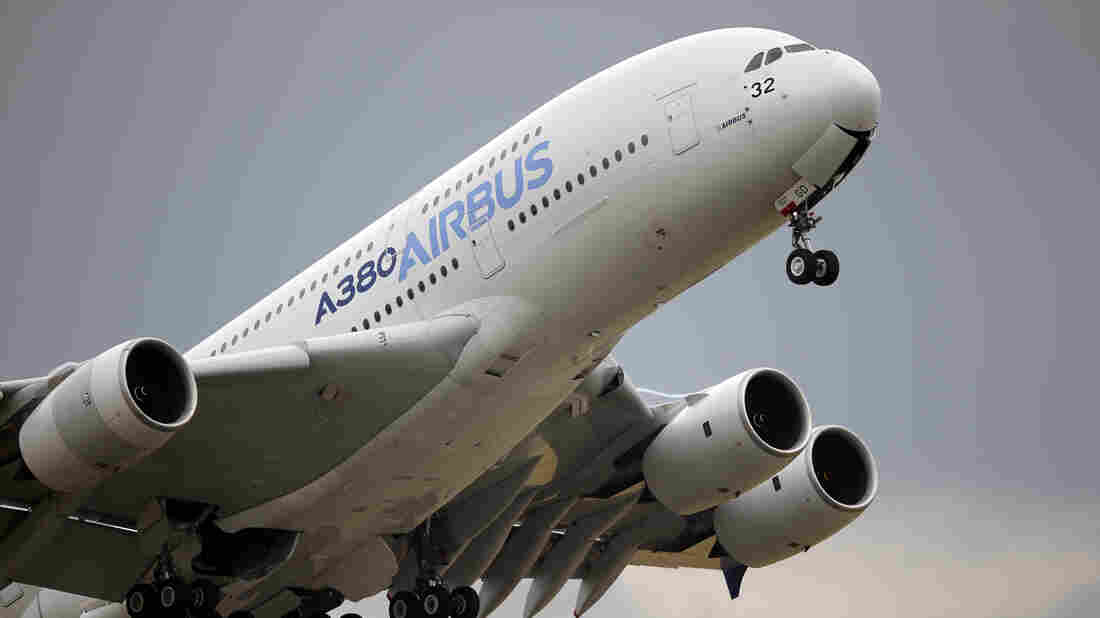 The World Trade Organization says the United States can impose tariffs on up to $7.5 billion worth of goods from the European Union as retaliation for illegal subsidies to Airbus — a record award from the trade body. Francois Mori/AP hide caption 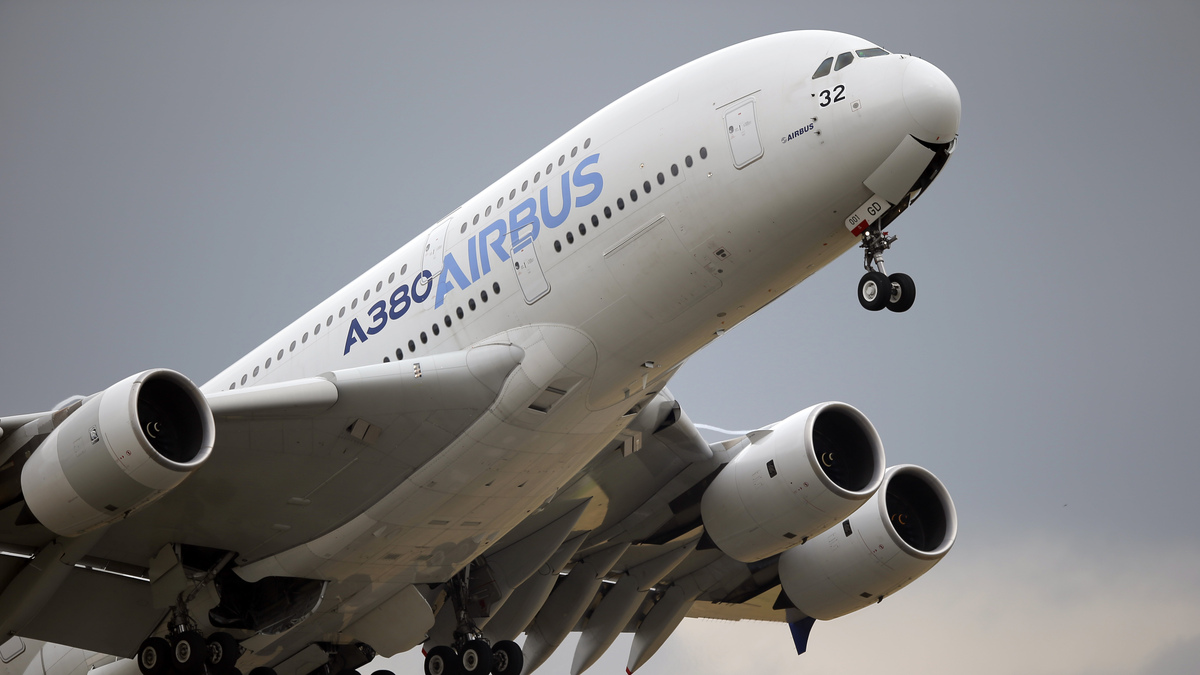 The World Trade Organization says the United States can impose tariffs on up to $7.5 billion worth of goods from the European Union as retaliation for illegal subsidies to Airbus — a record award from the trade body.

The World Trade Organization says the U.S. can move forward with plans to impose some $7.5 billion in tariffs on EU goods annually, to counteract years of European loans and illegal subsidies to Airbus.

The decision comes after a years-long dispute over European Union countries' roles in building Airbus into a global player — and a fierce competitor to U.S. aerospace giant Boeing.

But the clash is far from over: The WTO will likely rule in the coming months on the EU's own request to levy tariffs on the U.S. over its aid to Boeing. For a sign of how deep this clash runs, consider that in the WTO's 156-page decision against Airbus and the EU, Boeing is mentioned nearly 850 times.

In its ruling, the WTO says the U.S. can retaliate by suspending tariff concessions and other elements of trade agreements with Europe.

The Office of the U.S. Trade Representative has already drawn up a list of European tariff targets, from hams, cheeses and olives to Irish and Scotch whiskies.

The European subsidies relate to "the entire family of Airbus products (A300 through the A380)," the WTO says. The U.S. has long accused the EU of aiding Airbus in a variety of ways, from giving out sweetheart loans and forgiving debts to providing grants for infrastructure.

In response to the ruling, a Boeing spokesperson sent a statement to NPR saying that the European Union and Airbus still have time to avoid the tariffs.

The spokesperson said that European businesses unrelated to the airline industry, adding, "Yet even today, Airbus could still completely avoid these tariffs by coming into full compliance with its obligations. We hope it will finally do that."

Airbus issued a statement of its own, saying it's renewing a call for talks over the dispute — and like Boeing, Airbus said the tariffs are still avoidable.

Airbus CEO Guillaume Faury said his company is "hopeful that the U.S. and the EU will agree to find a negotiated solution before creating serious damage to the aviation industry as well as to trade relations and the global economy."

And in a nod to the pending WTO decision on Boeing, the Airbus statement adds,"The WTO has already found that the U.S. failed to address illegal subsidies causing harm to Airbus. This will provide the EU with grounds to claim countermeasures on U.S. products at a level that could exceed U.S. sanctions."

The French Foreign Ministry warns that escalating trade tensions between the U.S. and the EU "is not advisable and will have significant impacts on both of our economies, international trade, and the aviation industry."

The ministry says the EU "would prefer an amicable settlement" that includes new rules about government support.

The WTO ruling could clear the way for another round in President Trump's use of tariffs against U.S. trading partners. The Trump administration has recently signaled that it sees negotiation as the only way to resolve the matter — but it did not give a timeline for any potential talks.

When the U.S. announced its potential tariff list back in April, U.S. Trade Representative Robert Lighthizer stated, "Our ultimate goal is to reach an agreement with the EU to end all WTO-inconsistent subsidies to large civil aircraft." He added, "When the EU ends these harmful subsidies, the additional U.S. duties imposed in response can be lifted."

The U.S. first registered its Airbus dispute in October 2004. That's when it asked the governments of Germany, France, the U.K. and Spain, along with the European Commission, to meet and discuss U.S. complaints about government loans to Airbus — particularly whether those loans and other help amounted to illegal export subsidies.

The U.S. also wanted to discuss the damage those practices might inflict on Boeing, Airbus' chief U.S. competitor, for building large commercial aircraft. But those U.S.-European talks failed, and in 2005, the WTO began probing how governments have supported both Airbus and Boeing.

Under the Obama administration, the U.S. requested authorization in 2011 to "take countermeasures" to undo the adverse effects of the EU subsidies. At the time, the U.S. estimated the damage from lost sales and other disruptions as being worth between $7 billion and $10 billion yearly.

In 2018, the U.S. revised that figure to $11.2 billion — but the WTO arbitrators opted for the smaller figure in approving the sanctions Wednesday.