Accessibility links
Planned Parenthood Opens New Facility On Missouri-Illinois Border The site of the 18,000 square foot clinic is intended to serve women from Missouri, where access to abortions has become more restrictive. 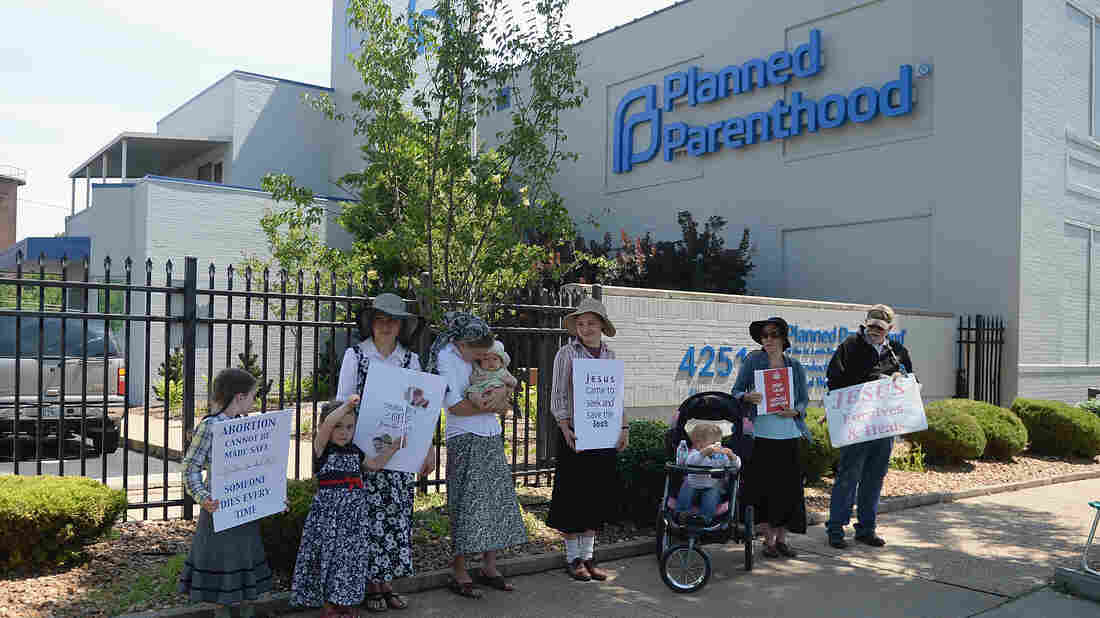 A group of anti-abortion rights protesters hold signs during a rally outside a Planned Parenthood Reproductive Health Center in St Louis, Mo., in June. Michael B. Thomas/Getty Images hide caption 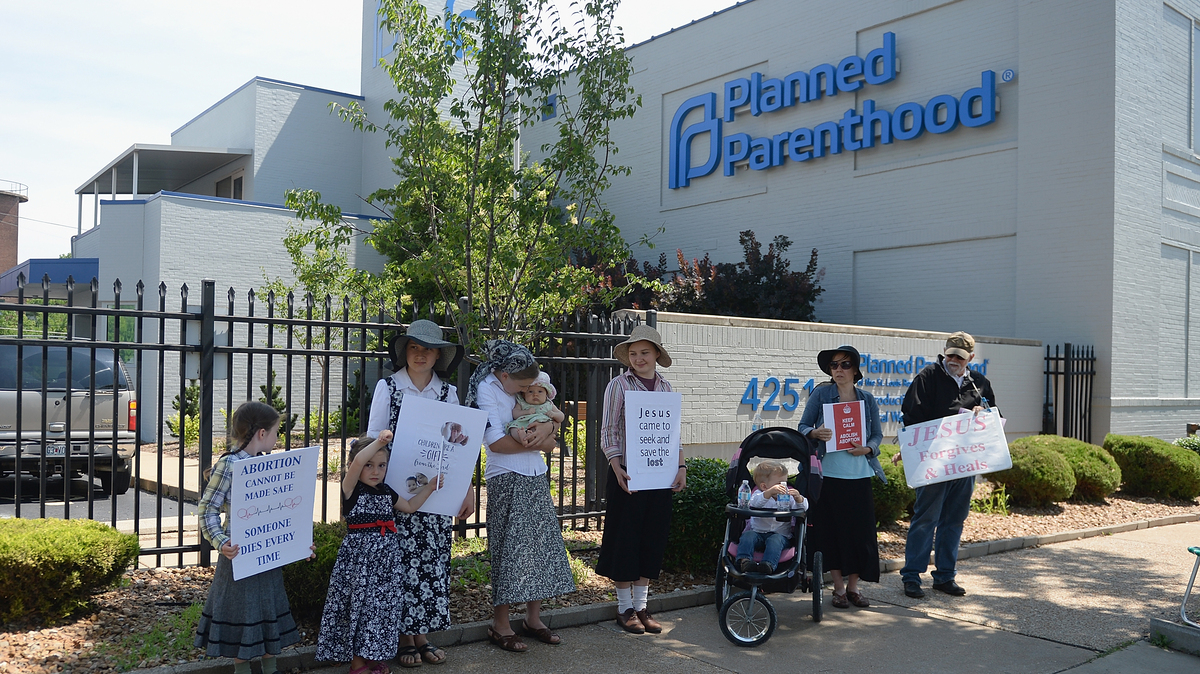 A group of anti-abortion rights protesters hold signs during a rally outside a Planned Parenthood Reproductive Health Center in St Louis, Mo., in June.

Planned Parenthood of the St. Louis Region and Southwest Missouri announced a new 18,000 square foot clinic will open in Fairview Heights, Ill. The facility will be located about 15 miles from Missouri, a state with some of the most restrictive abortion laws in the country.

The new clinic is set to open in mid-October. It will replace the existing, smaller Fairview Heights facility, which served 5,000 patients last year, according to Planned Parenthood's announcement.

Planned Parenthood announced it will continue to provide "medication abortion and a full range of family planning services, including birth control, annual exams, cancer screenings, STI testing, and HIV prevention, including PrEP." The new facility will also provide access to surgical abortions, in addition to the services previously listed. 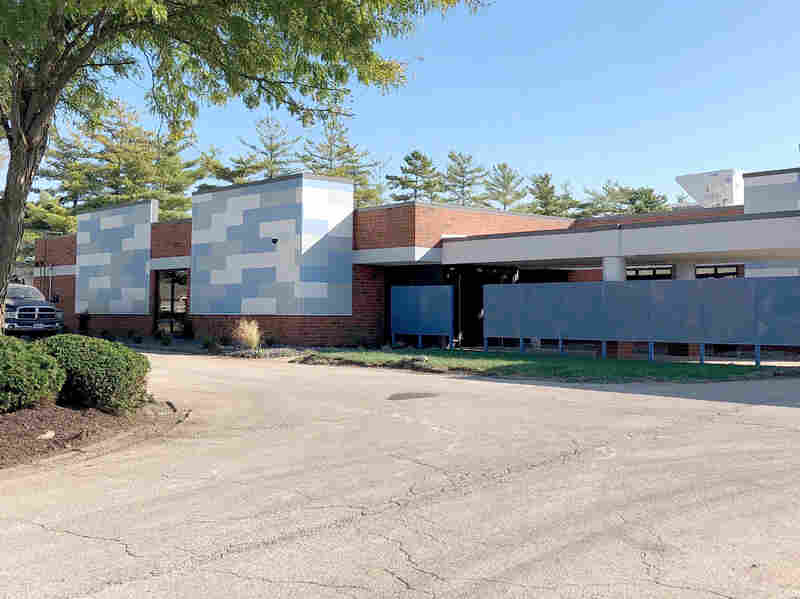 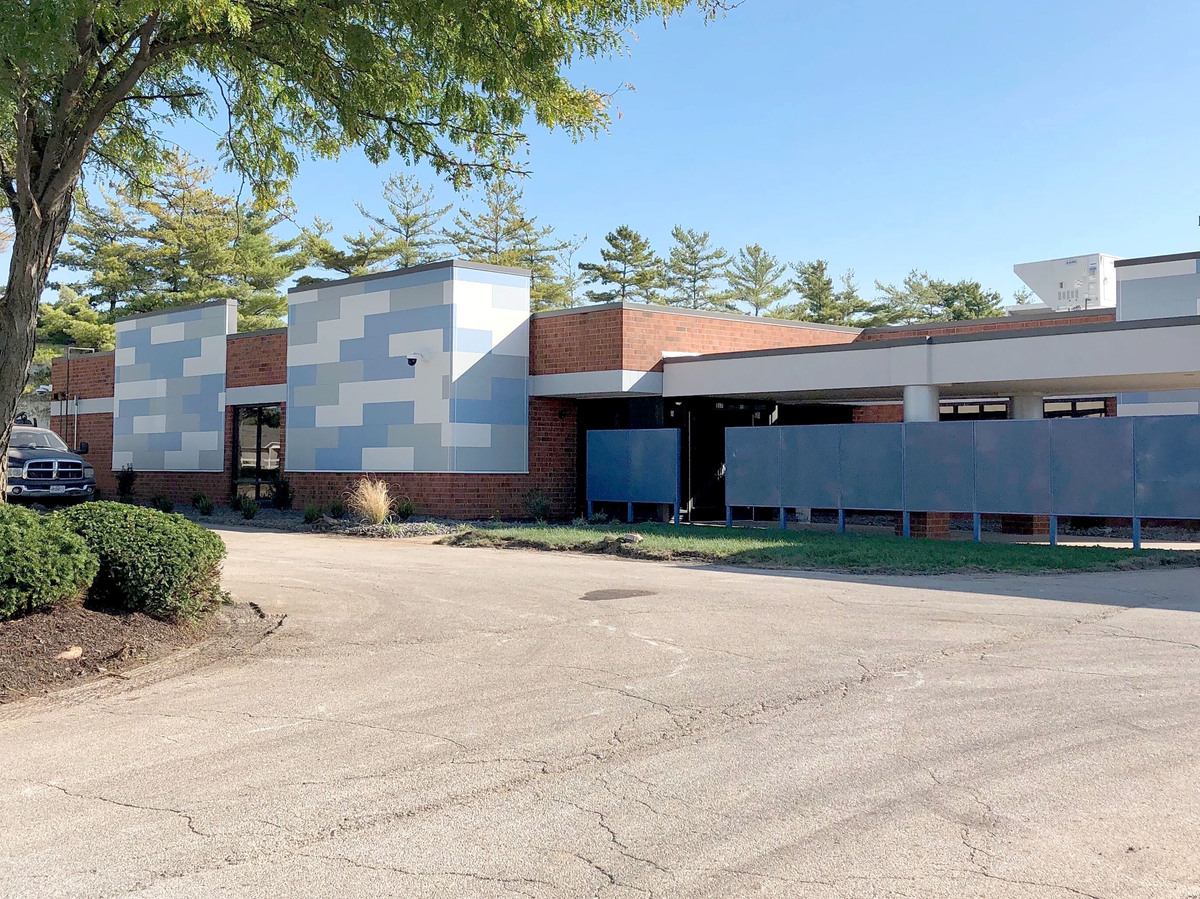 The new Planned Parenthood clinic in Fairview Heights, Illinois, which is still under construction.

Planned Parenthood's announcement indicated it is opening the new facility about 15 miles from the Missouri border because of restrictions on abortion in Missouri.

"While we continue the fight to maintain access in Missouri, we are excited to expand our abortion services in Illinois," said Dr. Colleen McNicholas of Planned Parenthood in the statement. "The new health center is a testament to the needs of the greater bi-state region and our commitment to provide, protect and expand access to health care, no matter what."

"Make no mistake – this new mega-facility is not a response to an increased demand, nor is it a gesture of care for women," said Knorr. "This facility was created to fill the gaping hole they're seeing in their bottom line."

Earlier this year, Missouri officials refused to renew the license of the state's last remaining abortion provider. Planned Parenthood fought the move and was granted a stay, but that clinic's future remains undecided.

And in August, a federal judge temporarily blocked a measure in which Missouri lawmakers attempted to ban providing abortions after eight weeks of pregnancy, making it punishable by jail time. Other restrictions have taken effect.

In contrast to Missouri, Illinois passed the Reproductive Health Act, which provides individuals a "fundamental right to make autonomous decisions about one's own reproductive health."