In Memoir, Imprisoned Turkish Writer Says His Longing Is 'So Naked, So Primal'

In Memoir, Imprisoned Turkish Writer Says His Longing Is 'So Naked, So Primal' 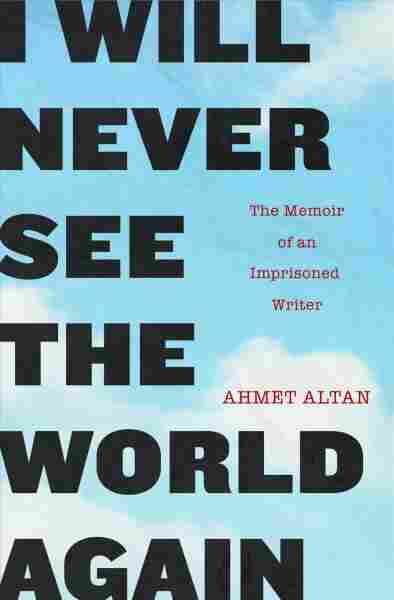 I Will Never See the World Again

The Memoir of an Imprisoned Writer

Turkish novelist Ahmet Altan is one of many writers thrown in prison by Recep Tayyip Erdoğan's oppressive regime.

Altan, who was arrested and charged with spurious allegations, wasn't broken by the event. In fact, he expected it to happen. His great-grandfather was "sentenced to death for helping rebels to defect to Anatolia during the War of Liberation" and only escaped hanging at the last minute. His father had been arrested many times and was "put on trial hundreds of times for his writing." Altan's brother was also arrested and sentence to life in prison. The family's history had prepared the novelist for the arrest, but it hadn't prepared him for life behind bars.

Confined in a tiny cell and surrounded by men as innocent as him, Altan recoiled into his own thoughts and wrote about his imprisonment. I Will Never See the World Again is the result of that process. This remarkable, touching memoir — which Altan wrote entirely from his prison cell and snuck out in notes he gave to his lawyers — is a collection of experiences, thoughts, conversations, internal debates. All are trying to cope with the senselessness of an authoritarian regime and processing the loss of freedom and contact with loved ones. While the experiences of those unjustifiably locked up is surely similar in many ways, Altan's talent as a writer allowed him to communicate his experience in rich, haunting detail. Some pages are full of pain, but others are full of hope. Similarly, he grapples with everything from writing and religion to the concept of bravery and analyzing the work of many writers.

Despite the oppressive, cruel darkness at the core of Altan's memoir, his words shine like bioluminescent creatures patrolling the abyss. His reflections, observations, and indomitable spirit are a testament to human resilience and the power of thought. He is a writer and his words can't be locked up even if his body can. This realization pushes him further into himself, away from the hard, cold world of prison into the warm, endless universe inside his head. He is surrounded by bars and concrete and can only see broken pieces of sky, but his internal world flourishes:

"You can run into me along the rivers of the Amazon, on the shores of Mexico, on the savannahs of Africa. I talk all day with people who are seen and heard by no one, people who don't exist until the day I first mention them. I listen as they converse among themselves. I live their loves, their adventures, their hopes, worries and joys. I sometimes chuckle as I pace the courtyard, because I overhear their entertaining conversations. As I don't want to put them on paper in prison, I inscribe all of this into the crannies of my mind with the dark ink of memory."

While the writing is brilliant and Altan's strength permeates this memoir, his situation and that of those around him make this a difficult read. The writer was sentence to life in prison, which is a sentence you'd expect to hear in relation to a criminal who committed some heinous murders. However, Altan was only charged with being a "religious putschist" and, later, for being a "Marxist terrorist." No real evidence was presented for either charge. Instead, the court sentenced him to life without parole after considering three columns he'd written and a television appearance as evidence. The Kafkaesque events are almost humorous if not for the gravity of their consequences, which Altan writes about with an honesty I think only those who have witnessed them can achieve:

I Will Never See the World Again walks a fine line between loveliness and horror, hope and pain, devastation and strength. Altan's prose is sharp and lyrical. He uses his thoughts to escape his surroundings and those thoughts become words in this book. As a result, we can all share the beauty of his imaginary escape, his fictional freedom. This becomes crucial in a world where things like his imprisonment can happen, a world he describes without hesitation: "Everything changes on earth, but stupidity and meanness never change."

Recep Tayyip Erdoğan's regime took away Ahmet Altan's freedom. He was forced to endure awful living conditions and the pressure of accepting his life had been, to an extent, lost forever. However, that pressure created a diamond that transcends space, language, and politics. I Will Never See the World Again is that diamond. Altan is locked up, but his words are free, and they demand to be read.