Accessibility links
Kim Shattuck, Of The Muffs And The Pandoras, Dead At 56 In addition to fronting The Muffs, The Pandoras and The Coolies, Shattuck lent her talents to a wide swath of some of L.A.'s most-beloved bands.

Kim Shattuck, An Enduring Presence In L.A. Punk, Dead At 56

Kim Shattuck, An Enduring Presence In L.A. Punk, Dead At 56 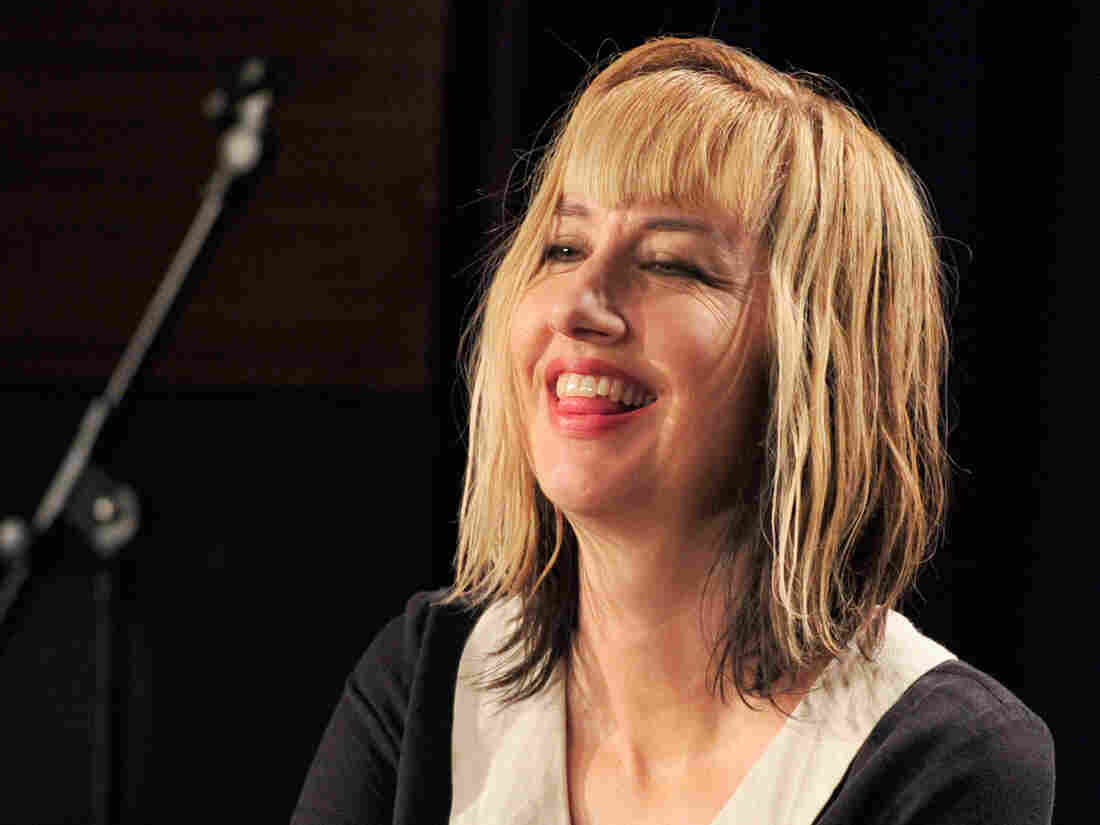 Kim Shattuck, photographed during an event at the Grammy Museum in Los Angeles on Aug. 12, 2013. Mark Sullivan/WireImage/Getty Images hide caption 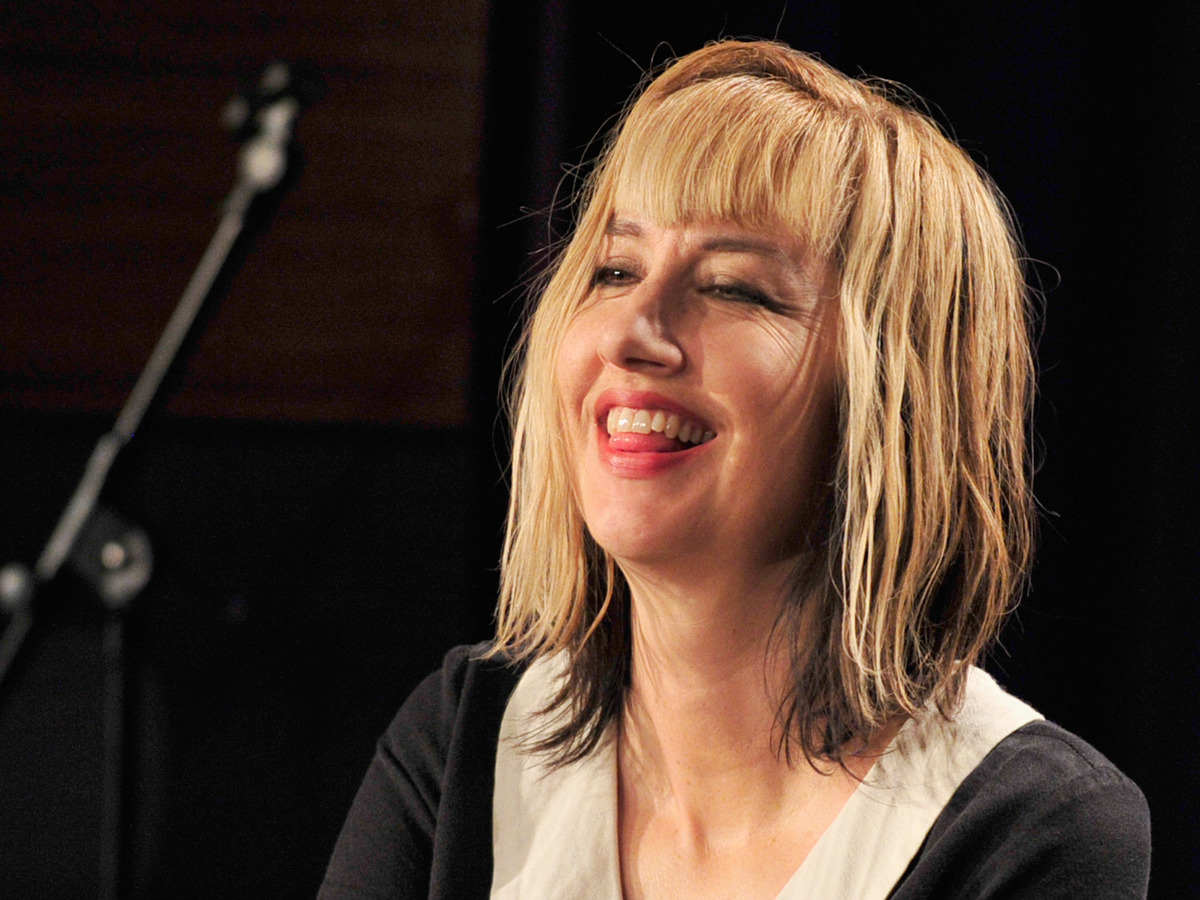 Kim Shattuck, photographed during an event at the Grammy Museum in Los Angeles on Aug. 12, 2013.

Kim Shattuck, the guitarist, singer and songwriter of The Muffs, The Pandoras and The Coolies died Wednesday after a two-year battle with ALS, as confirmed to NPR by Omnivore Recordings co-founder Cheryl Pawelski. She was 56.

"We are very sorry to announce the passing of our bandmate and dear friend Kim Shattuck," the Muffs' Ronnie Barnett and Roy McDonald wrote in a statement. "Besides being a brilliant songwriter, rocking guitarist and singer/screamer extraordinaire, Kim was a true force of nature. While battling ALS, Kim produced our last album, overseeing every part of the record from tracking to artwork. She was our best friend and playing her songs was an honor. Goodbye Kimba. We love you more than we could ever say."

"All of us at Omnivore Recordings are devastated by the loss of our friend Kim Shattuck of The Muffs," her most recent record label shares. "We're thinking about all her friends and fans, especially her family and bandmates. Her creative fire will endure and inspire artists of tomorrow. We're so grateful to have been in the audience and to have played a small part in getting more of her music out into the world."

Shattuck was a music-world lifer, through and through. She spent much of the 1980s in The Pandoras, a band initially inspired by '60s psychedelic and garage-rock and later went full-on Hollywood hard-rock. In 1991, after leaving The Pandoras, Shattuck and former bandmate Melanie Vammen formed The Muffs. While the L.A. band's punky spunk was very much of its era — a cover of Kim Wilde's "Kids in America" appeared on the Clueless soundtrack and, it should be noted, inspired pretty much every cover of that song going forward — Shattuck's gritty rasp and love for '60s pop music sounded like nothing else on '90s alternative-rock radio. The Muffs released five albums up until 1999 — The Muffs; Blonder and Blonder; Happy Birthday to Me; and Alert Today, Alive Tomorrow — with studio returns in 2004 (Really Really Happy) and 2014 (Whoop Dee Doo). A new album, No Holiday, is scheduled to be released on Oct. 18.

While Shattuck had one foot in college radio and another in popular music, throughout her career she stuck to her roots by guesting on songs by underground punk bands like NOFX, Bowling for Soup, Fastbacks, The Mr. T Experience and The Dollyrots. She later joined the Pixies as a bassist on a 2013 tour following the departure of Kim Deal, but was dismissed after five months. (Of the exit, she told NME: "I get the feeling they're more introverted people than I am.")

More recently, Shattuck recently teamed up with Melanie Vammen to start The Coolies, which released its debut EP in July, with all profits going to The ALS Association Golden West Chapter. Shattuck never publicly revealed her diagnosis; asked why the band chose this charity, she told the online magazine Vents in July, "Sadly, it runs in my damn family, and that disease is a mystery to just about every scientist! We are definitely interested in finding a cure for ALS! Cure it already!"

"RIP to Kim Shattuck. One of the all time great voices," Damian Abraham of hardcore band F***** Up says, adding, "LISTEN TO THE MUFFS!!!"

From the first ten seconds, you always knew it was a Muffs song. Shattuck screamed so sweetly, so savagely — and looked damn cool while doing so. Shattuck was a force of life who splashed vibrant colors onto punk, in songs both tough and vulnerable, with big power chords and bigger feelings about heartbreak, broken worlds and righteous anger.

In an NPR Music project about women's work in the music industry, Shattuck — always independent, forever punk — offered a straightforward piece of advice: "Don't get a manager. Do it yourself. Be true to your vision and be strong."