Accessibility links
Trump Publicly Calls For China (And Ukraine) To Investigate Bidens Former Vice President Joe Biden called the president's remarks "a grotesque choice of lies over truth and self over the country." 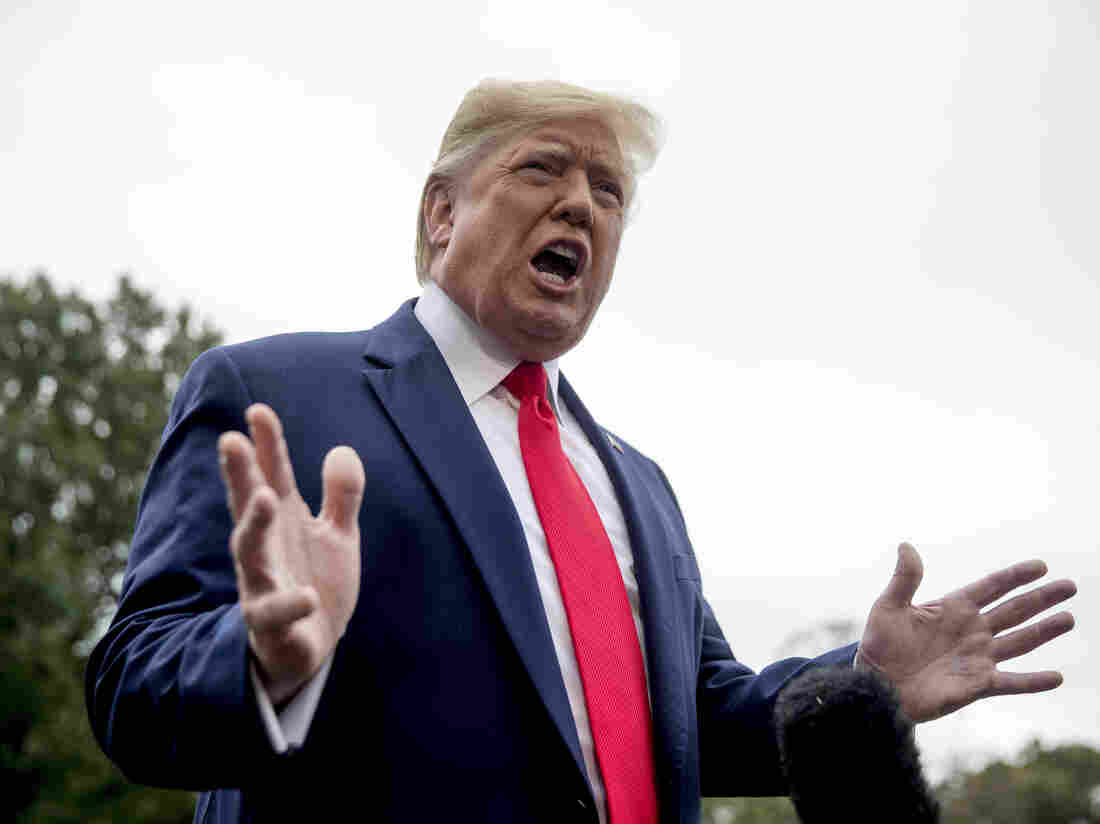 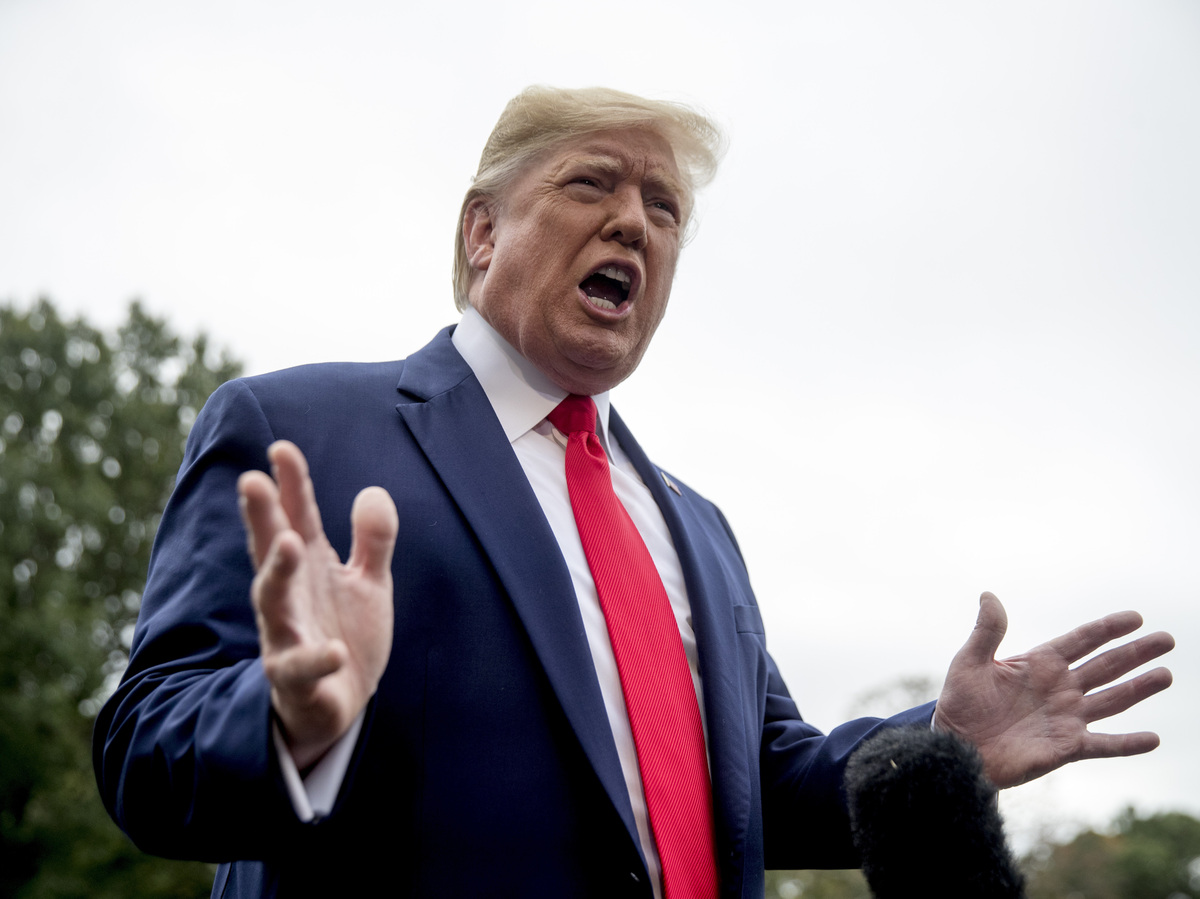 President Trump's remarks Thursday are a significant escalation of events in the Ukraine matter.

Trump brought up China, just days before restarting trade talks with Beijing, while answering questions about his call with his Ukrainian counterpart and what specifically he hoped Ukraine would do about the Biden family.

"If they were honest about it, they'd start a major investigation into Bidens," Trump said. "It's a very simple answer. And by the way, likewise, China should start an investigation into the Bidens because what happened in China is just about as bad as Ukraine."

The allegations relate to Hunter Biden joining the board of an investment firm with Chinese ties while his father was vice president. Trump has not shared any evidence of wrongdoing.

In a statement Thursday, Joe Biden called Trump's remarks "a grotesque choice of lies over truth and self over the country."

The president's remarks Thursday are a significant escalation of events in the Ukraine matter. He's doubling down on wanting foreign governments to investigate the former vice president, who is a leading challenger to Trump in the 2020 presidential election. He's also calling on China, which is run by an authoritarian government, to investigate a U.S. citizen.

On Twitter, Federal Election Commission Chairwoman Ellen Weintraub reupped a statement she issued this summer, writing that "It is illegal for any person to solicit, accept, or receive anything of value from a foreign national in connection with a U.S. election. This is not a novel concept."

The transcript of Trump's call with President Volodymyr Zelenskiy and a subsequent whistleblower complaint about the call helped lead to House Democrats launching an impeachment inquiry into whether he wrongfully used the power of his office to pressure a foreign government to dig up dirt on a political rival.

According to a transcript of the July 25 call, Trump pressed Zelenskiy to investigate Biden and Hunter Biden. The president has described his call with the Ukrainian leader as "perfect."

During a visit to Arizona for Hispanic Heritage Month, Vice President Pence defended Trump's conversation with Zelenskiy, calling for an end to the "endless investigations" into the Trump White House.

He said he agreed with Trump that there are legitimate reasons to ask for foreign countries to investigate his predecessor.

"I think the American people have a right to know if the vice president of the United States or his family profited from his position as vice president during the last administration," Pence said. "That's about looking backwards and understanding what really happened."