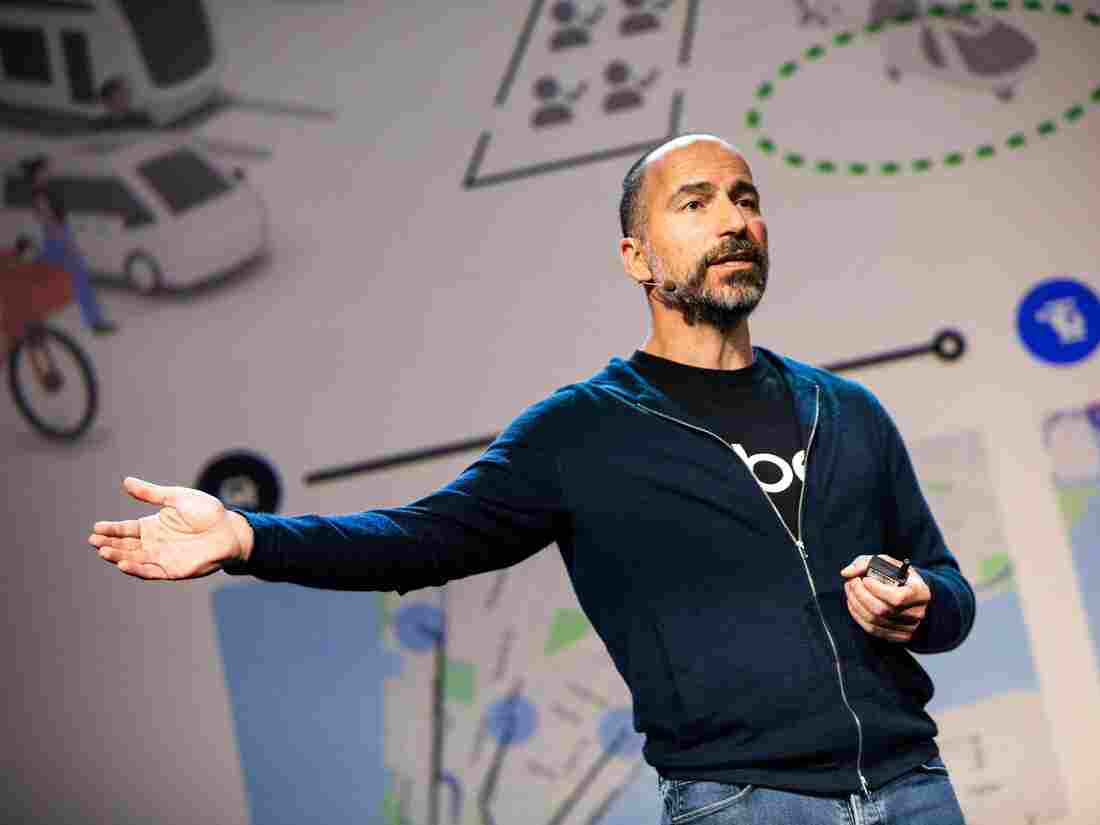 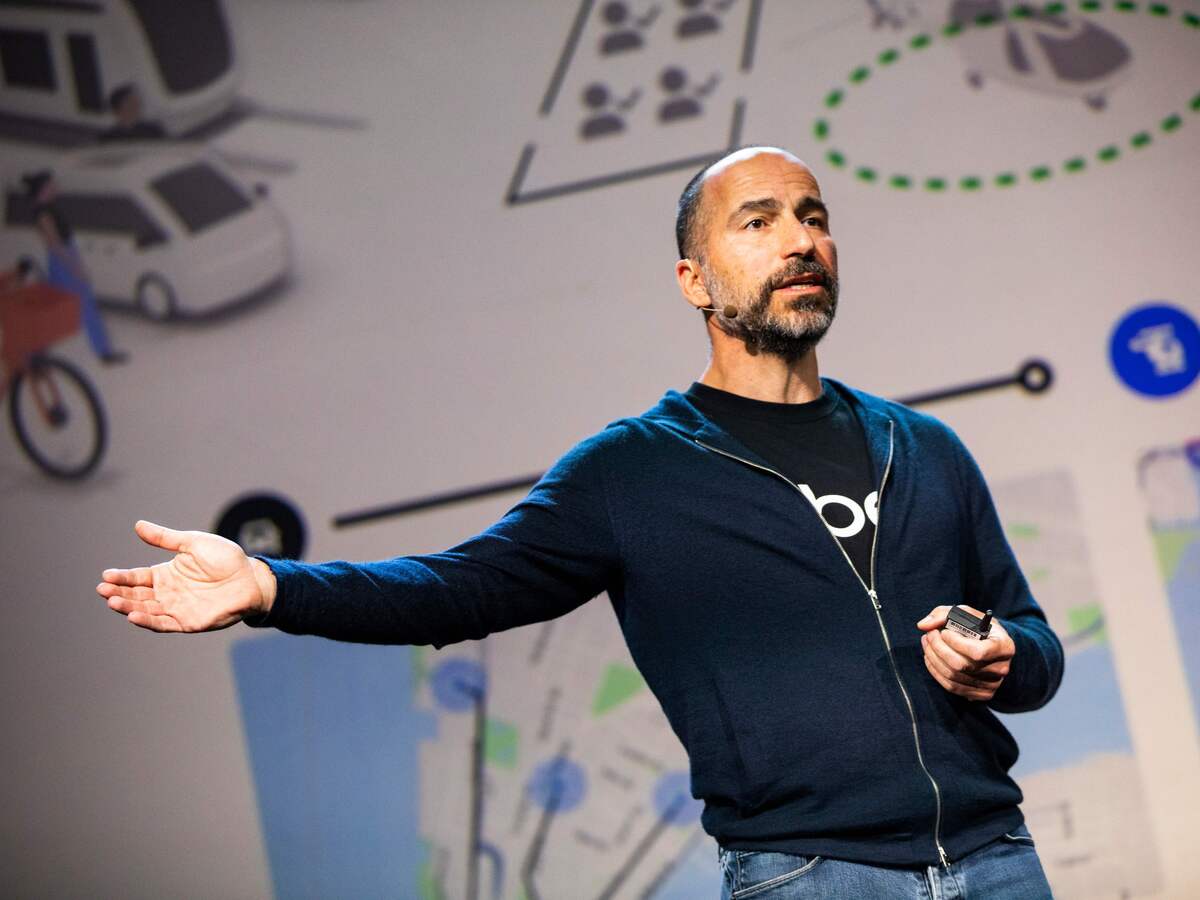 Uber CEO Dara Khosrowshahi speaks at an Uber products launch in San Francisco on Sept. 26. The company is launching its Uber Works app in Chicago, aiming to make it easier for workers to find temporary shifts.

Uber can zip you around town, bring sushi to your door and ship your company's goods across the country. Now, it will also connect gig workers with employers looking for temporary staff.

The company is launching its Uber Works app Thursday in Chicago in an effort to make it easier to find temporary shifts for work like bartending, warehouse work and commercial cleaning, it said in a blog post.

"We believe a new, technology-first approach can provide faster and easier means for people to get work, while offering greater insight into the many opportunities for work that are out there — improving the experience for workers and businesses alike," the company said.

Uber is continuing to expand its businesses during a tough time. It continues to struggle to turn a profit and laid off more than 400 workers last month. It's also poised to fight a California law passed in September that threatens its contractor-based business model.

But Uber Works may not be the answer to the company's problems. Len Sherman, an adjunct professor of business at Columbia Business School, said he doubts the app will have a meaningful positive effect on the company's finances.

"Uber is sucking cash out of the business every year they operate," he said. "They can't invest in growth without just deepening their losses."

Uber has sought to bill itself as "the Amazon of transportation." Over the years, Uber has expanded into businesses unrelated to its start as a ride-sharing service, but Sherman called the comparison to Amazon preposterous.

He said it could take years for Uber Works to make a profit, and in the meantime, the cash Uber is using to invest in it is dwindling.

Uber is using new technology to try to solve the problems of staffing agencies, just as it used new tech to make ride hailing easier. In its blog post, Uber refers to workers dealing with rigid scheduling and a lack of information about pay and where they can pick up shifts.

Uber claims its app will make it easier to find and take a shift while also giving businesses more flexibility to increase staff when it gets busy and make scheduling easier. It will also include information for workers about the skills and possible attire required for the job and allows them to track their hours.

Uber To Pull Jump Bikes From Atlanta And San Diego

The company said it's partnering with staffing agencies that "employ, pay and handle worker benefits." Uber spokesman Xavier Van Chau said the app will charge businesses for the jobs they fill. He said the rate will vary based on how quickly the shifts need to be filled, qualifications required and other factors.

It's unclear if Uber plans to expand Uber Works to other cities. In an email, Van Chau said the company is focused on making its launch in Chicago a success.

"We are concentrating on building the Uber Works platform well in the Chicagoland area and delivering value to local workers and businesses," Van Chau said. "We're excited about the potential of Uber Works and will share more on possible expansion as we continue to grow."