Accessibility links
At Least 42 Dead After Days Of Violent Protests In Iraq The violence first erupted on Tuesday and has spread across Baghdad and much of the country's mainly Shiite south. Protesters are venting anger over a lack of jobs and poor infrastructure.

At Least 42 Dead After Days Of Violent Protests In Iraq

At Least 42 Dead After Days Of Violent Protests In Iraq 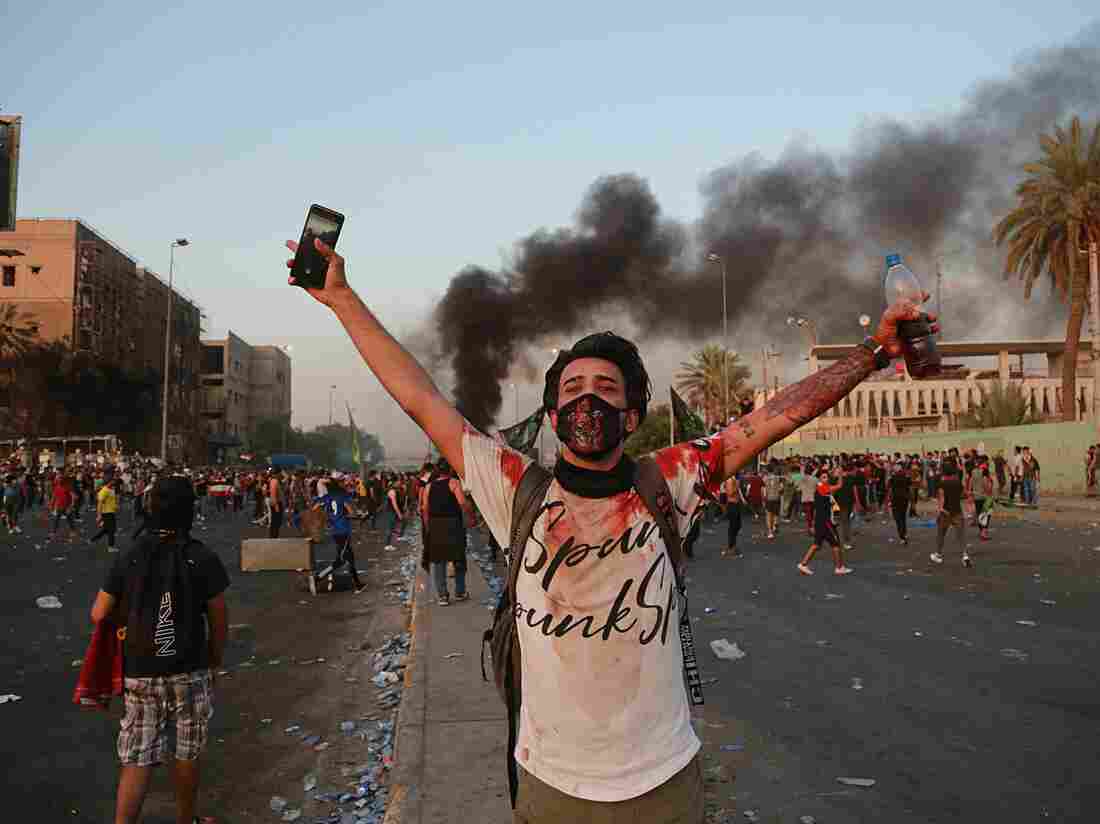 Anti-government protesters set fires and close a street during a demonstration in Baghdad on Thursday. Hadi Mizban/AP hide caption 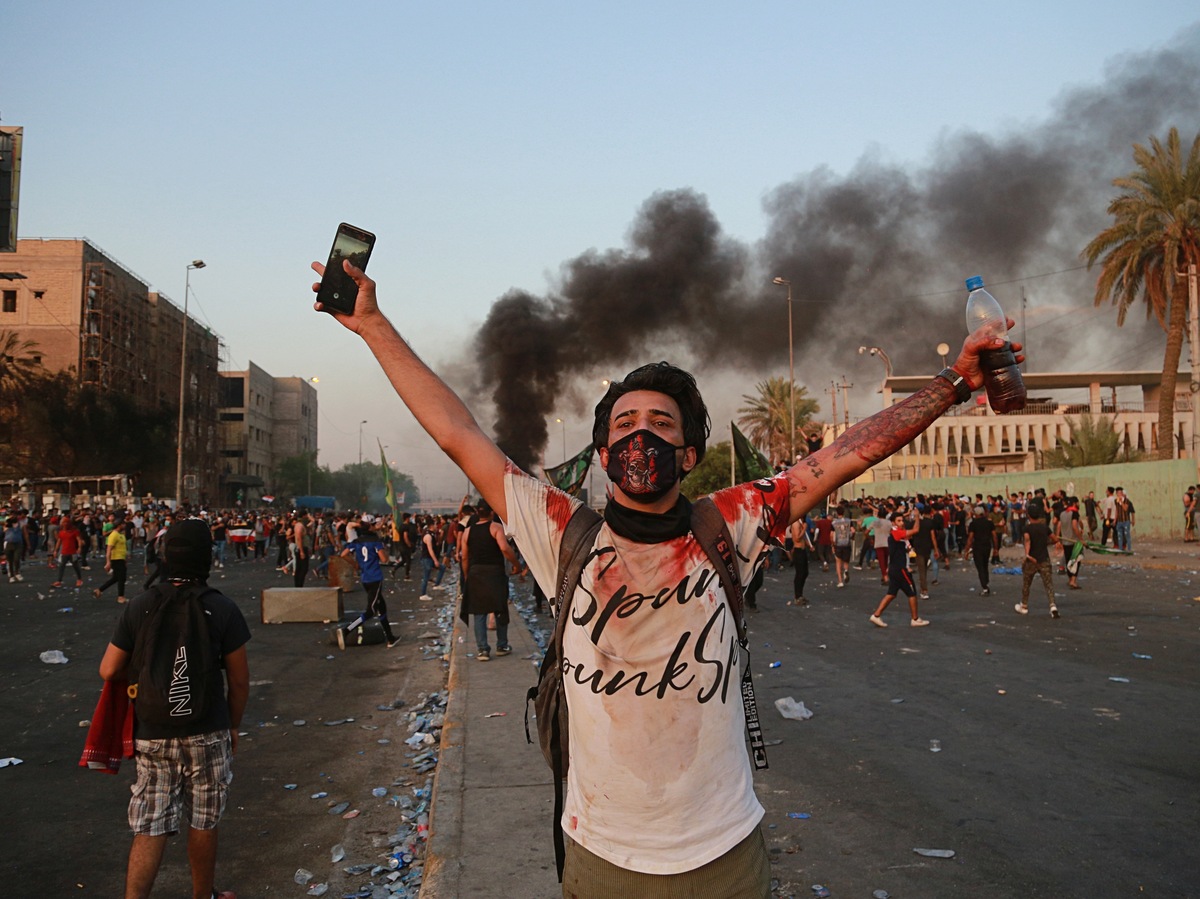 Anti-government protesters set fires and close a street during a demonstration in Baghdad on Thursday.

Iraqi security forces fired live rounds to disperse crowds of protesters in Baghdad on Friday, as the death toll from days of anti-government unrest has reached at least 42, according to officials.

The mostly spontaneous student protests erupted on Tuesday, with demonstrations centered on Baghdad's Tahrir Square and across the country's mainly Shiite south. The protesters are expressing anger over widespread unemployment and corruption, as well as electricity outages and water shortages that result from years of conflict that have left much of the country's infrastructure in shambles.

Security forces have responded to the protests with live ammunition, water cannon, tear gas and rubber bullets. Authorities have also cut Internet service in the capital and across much of the country.

Many of the protesters have called on the government to step down.

On Friday, Prime Minister Adel Abdul-Mahdi, who took over as premier just a year ago, appeared on television in an effort to placate protesters and persuade them to go home, saying their "legitimate demands" would be heard.

"The security measures we are taking, including temporary curfew, are difficult choices," he said. "But like bitter medicine, they are inevitable."

"We have to return life to normal in all provinces and respect the law," Abdul-Mahdi implored, adding that there were "no magic solutions" to Iraq's problems.

He promised to work toward a basic income for poor families, housing for squatters and to fight corruption, according to The Associated Press.

This is Iraq’s “Green revolution “ moment, do not let us regret the global reaction later on. #Iraq was set on a very dark path filled with corruption, war lords and a weak government that was caring more for the interest of neighbors than Iraq’s interest ,to correct the course pic.twitter.com/DIrP0phcVy

On Friday, Iraqi officials added 9 more deaths in the southern city of Nasiriya to the those killed previously, bringing the total to 42.

The response to the protests has drawn international opprobrium, with Amnesty International accusing Baghdad of using "lethal and unnecessary force."

The International Committee of the Red Cross has pointed to "increasingly violent clashes" between demonstrators and security forces and warned that "firearms and live ammunition must only be used as a last resort."