Accessibility links
N.C. Officials Trace 124 Legionnaires' Disease Cases To Hot Tub At A Fair "This is the largest outbreak that we have documented" of the disease, the North Carolina Department of Health and Human Services says. 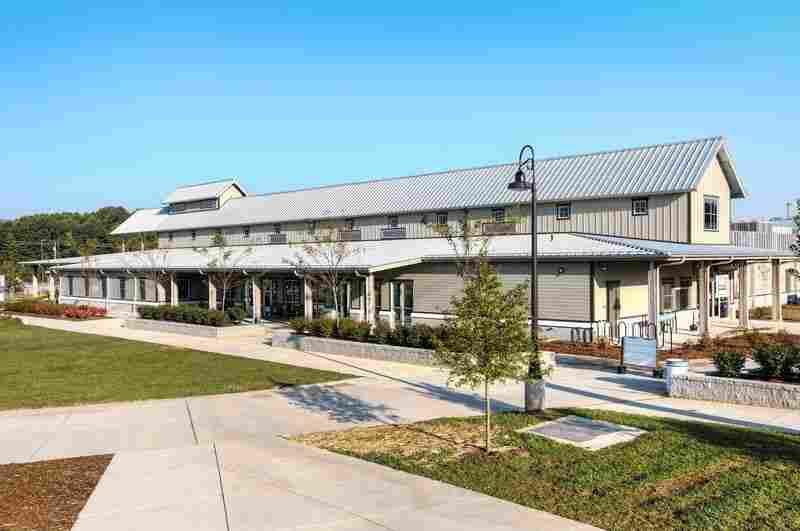 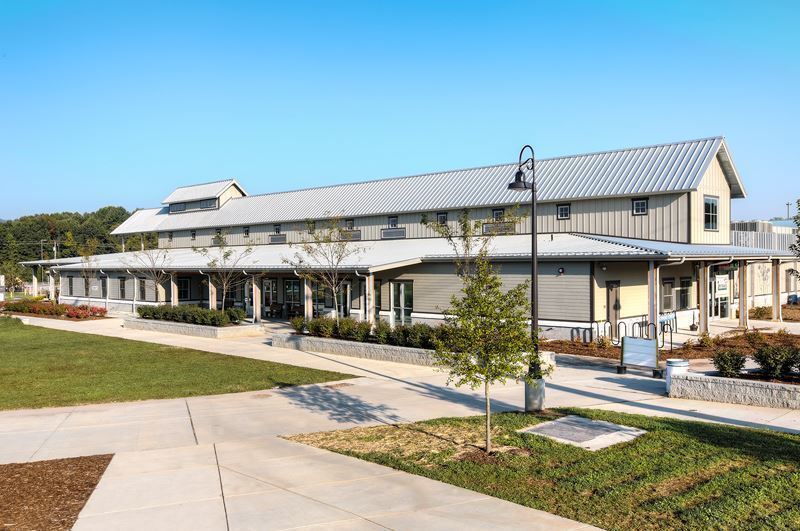 The Davis Event Center at the N.C. Mountain State Fair housed a hot tub display that is suspected to be the source of an outbreak of Legionnaires' disease. The outbreak was tracked to the large agricultural fair that was held through the middle of September in Fletcher, N.C.

Faced with an outbreak of Legionnaires' disease that has sickened 124 people and caused one death, North Carolina health officials say they've traced the source to a fair that was held last month. In particular, they say, people were more likely to develop the pneumonia-type disease if they walked past a hot tub display at the North Carolina Mountain State Fair.

"This is the largest outbreak that we have documented" of Legionnaires' disease, a spokesperson from the North Carolina Department of Health and Human Services told NPR on Friday.

But because Legionnaires' is not contagious and the disease's incubation period of 2-10 days has now lapsed since the end of the fair, officials don't expect the number of cases to grow very much beyond what has already been reported.

According to the latest figures, the 124 cases include 116 incidents of Legionnaires' and eight cases of Pontiac fever — a milder form of the lung infection that occurs without pneumonia.

The outbreak was tracked to the large agricultural fair that was held through the middle of September in Fletcher, N.C., some 20 miles south of Asheville. About a week after the fair ended, the state Division of Public Health was alerted to a sudden spike in Legionnaire's disease cases in Buncombe and Henderson counties.

According to the N.C. Department of Health and Human Services, patients in the outbreak had reported going to the fair — and they were "much more likely to report having walked by the hot tub displays compared to people who did not get sick."

While warning that its investigation is still ongoing, the agency said its early findings have led it to suspect the hot tub display. The evidence collected so far, it said, suggests that "low levels of Legionella present were able to grow in hot tubs or possibly some other source in the Davis Event Center, leading to exposure."

The bacteria that cause Legionnaires' disease can't be spread directly from one person to another. Instead, they are commonly spread to the lungs through aerosolized water, in the form of a mist or vapor. And that's another reason why investigators suspect a hot tub display at the Davis Event Center — an indoor space that hosted vendor exhibits during the fair.

In addition to the hot tub, health investigators found that a sink in the women's room had also tested positive for Legionella bacteria, as Blue Ridge Public Radio reports. But as the state health agency notes, "very little aerosolized water is created" when people wash their hands in sinks, flush toilets or use other water sources at the agricultural center.

To trace the outbreak's cause, health officials reviewed what the Legionnaires' patients said about their movements at the fair. Those reports were then compared against a larger data sample that includes people who didn't get sick, after state investigators sent an online survey to everyone who bought their tickets to the fair online.

The survey asked the fairgoers for details such as when they attended and what they did at the fair. Health officials say their analysis shows people who got sick were much more likely to have visited in the latter half of the 10-day fair than in the early portion.

In response to the outbreak, the North Carolina Department of Agriculture and Consumer Services says the Davis Event Center is shut down and won't be rented out for events.

"While we all feel confident that the facility is safe, we want to take these proactive mitigation measures to reassure the public and our employees," the agency said.

Legionnaires' disease occurs naturally in fresh water, but it can also thrive and spread through warm-water sources such as shower heads, cooling towers and hot tubs, according to the Centers for Disease Control and Prevention.

While many healthy people might encounter Legionella without growing ill, it can especially affect smokers, people over the age of 50, those with chronic lung conditions and people with weakened immune systems.