Accessibility links
Ghost Ship Leaseholder Derick Almena Set For Retrial Prosecutors announced Friday they are seeking to retry Derick Almena, the leaseholder of the building, on 36 counts of manslaughter. One jury has already heard the case, but that ended in a mistrial. 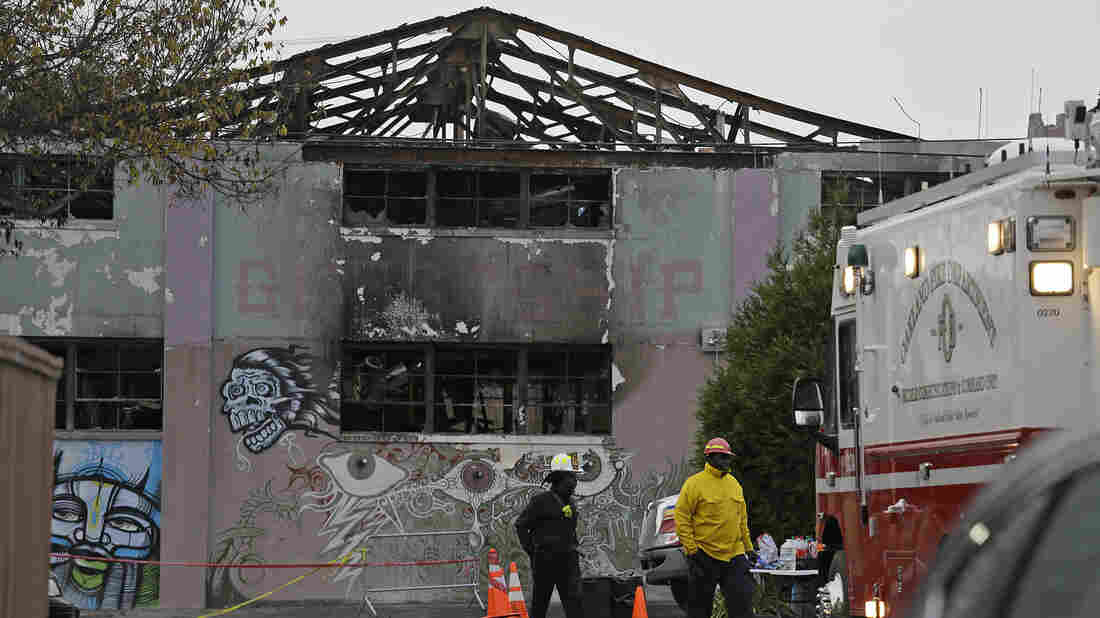 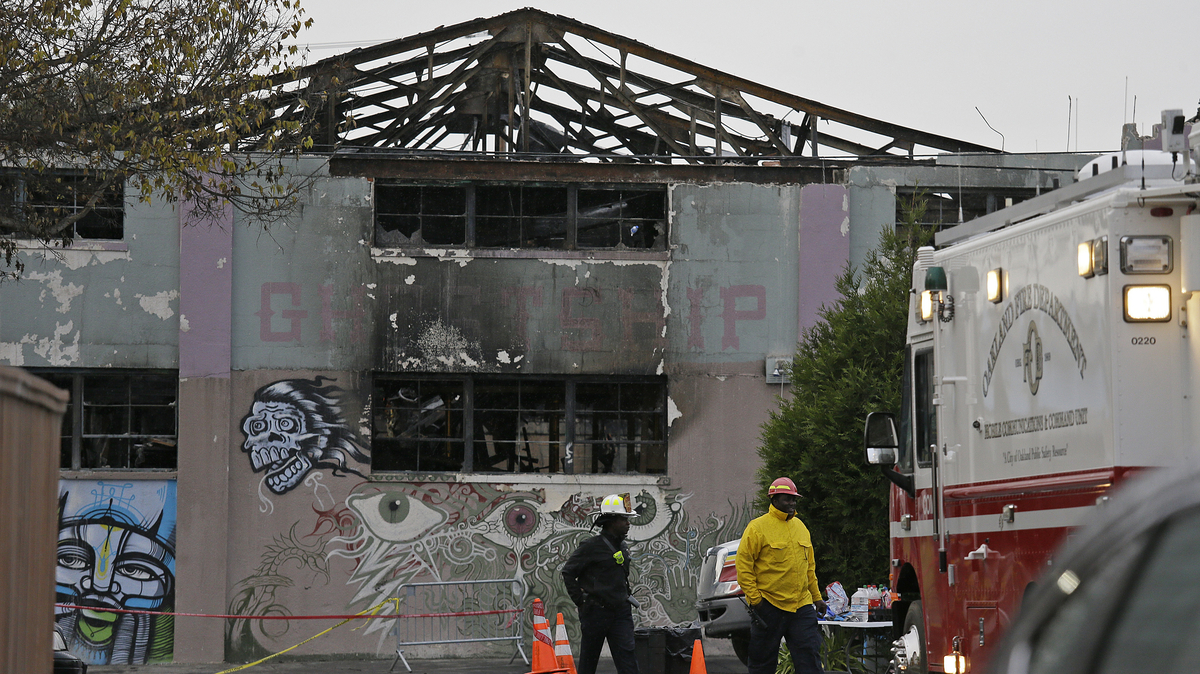 Derick Almena, accused in an Oakland, Calif., fire that killed 36 people, will be retried in March, officials announced Friday. Almena managed the "Ghost Ship," a warehouse that was used as an artists' residence and performance space, which caught fire in 2016 during an illegal concert.

Prosecutors in California's Alameda County said Almena, the warehouse's leaseholder, was repeatedly warned about the dangerous environment the warehouse posed and that several laws banned him from using the warehouse as a living space.

Last month, a judge declared a mistrial following a four-month trial that was disrupted by the replacement of three jurors. Almena was tried alongside Max Harris, the "creative director" of the warehouse. Harris was found not guilty.

Almena's lawyer told reporters after the retrial was announced the defense is confident.

"We're certainly not afraid of going back to trial," said Tony Serra, Almena's attorney. "As I indicated, we believe strongly our position is enhanced."

Almena's defense requested that his $750,000 bail be reduced, but a judge rejected the motion on Friday. Victims' family members praised that decision.

"I fully believe that he would flee with his family," Colleen Dolan, the parent of a victim, told reporters. "I would like to see him stay and be ready to be held accountable."

Families of victims were disappointed and angry about the mistrial.

"I've been here almost every day for over five months," Mary Vega told NPR. "For the jury to come back with this, it's frustrating."

In 2018, Almena pleaded no contest and agreed to a nine-year sentence with an additional three years of supervised release. However, following objections by victims' families, a judge rescinded the deal, saying that Almena didn't express "full responsibility and remorse" for his actions.