Accessibility links
Trump's Call To Investigate Biden Could Violate Election Laws Campaign finance lawyers believe the request to Ukraine's president that he investigate Joe Biden and his family broke the law. But the FEC lacks a quorum, and the Justice Department sees no crime.

Trump's Ukraine Call Might Violate Election Laws, But No One's Enforcing Them

Trump's Ukraine Call Might Violate Election Laws, But No One's Enforcing Them 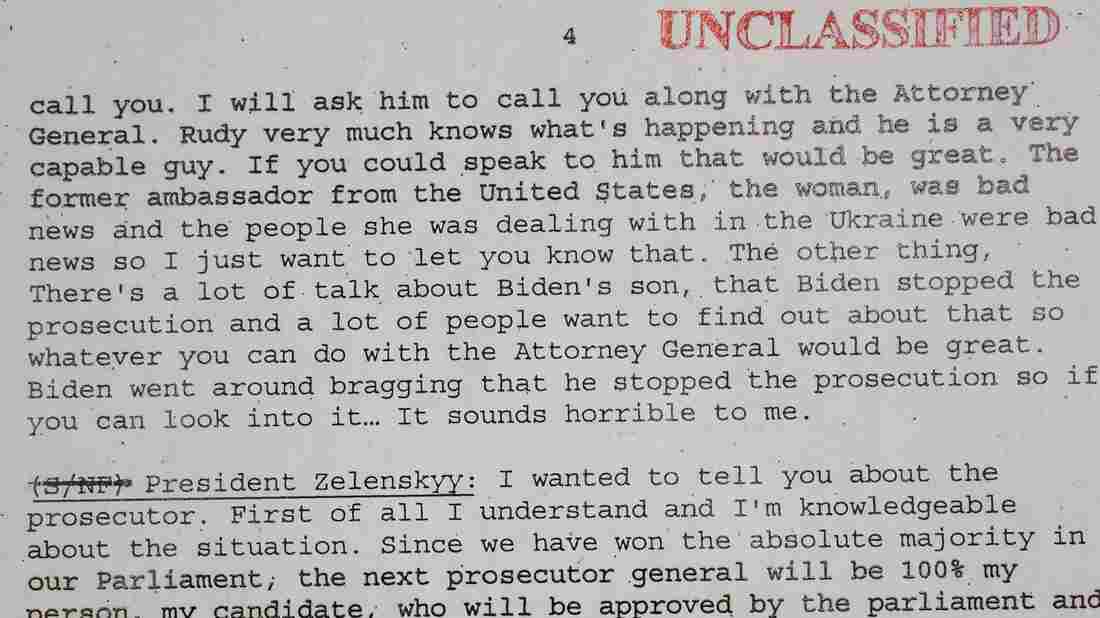 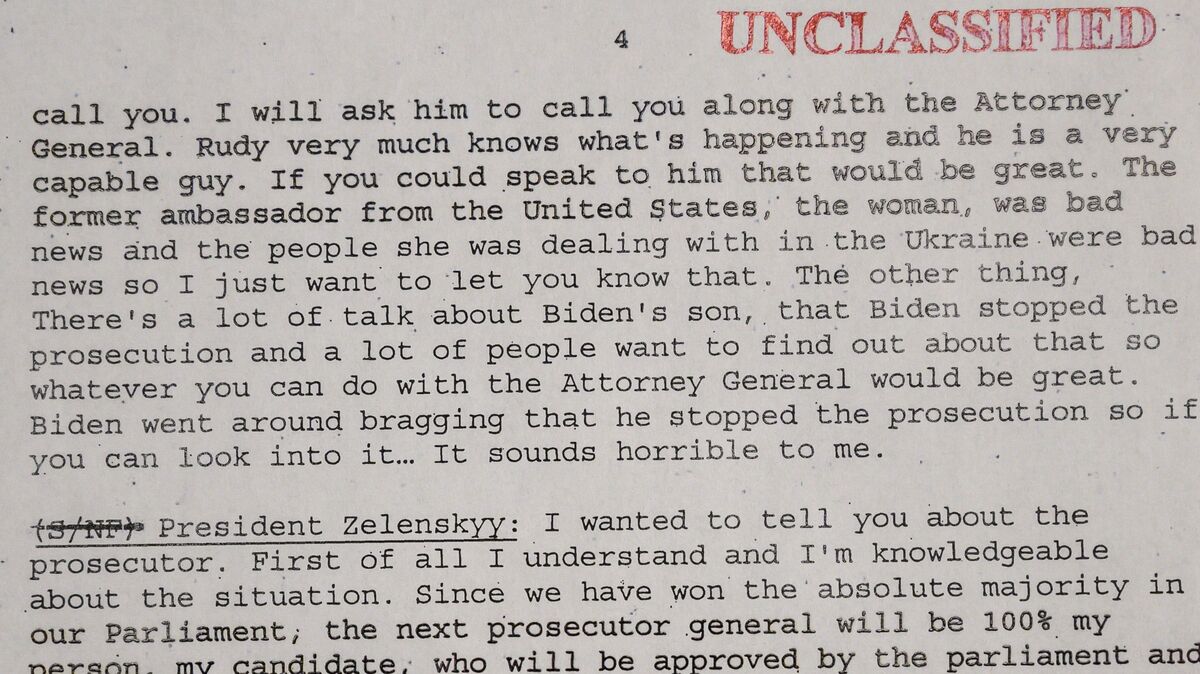 The White House this week released a declassified phone transcript of a conversation between President Trump and Ukrainian President Volodymyr Zelenskiy from July 25.

While Congress mulls whether President Trump's phone call soliciting help from the president of Ukraine to investigate Joe Biden and his son is an impeachable offense, Trump's action raises another question. Did the president's requests violate campaign finance law?

The Department of Justice doesn't think so. DOJ officials and career prosecutors in the department's public integrity section examined the text of the July 25 phone call and concluded there was not a potential campaign finance violation, according to senior Justice Department officials. The facts did not provide a basis for a predicated investigation, they said.

In part, it depends on whether the president solicited a "thing of value" and how that term is defined.

Brendan Fischer, an attorney with the Campaign Legal Center, believes there was a violation of the law. He says that "there is a long list" of examples of the Federal Election Commission finding that "intangible items like opposition research can constitute a thing of value for purposes of campaign finance law."

Fischer noted that when looking into Russia intervention in the 2016 election, special counsel Robert Mueller investigated whether Donald Trump Jr. violated campaign finance law with his apparent willingness to accept dirt about Hillary Clinton. Mueller couldn't determine whether Trump Jr. knew that what he was doing violated the law, Fischer says, and furthermore, the information being solicited "appeared to be nonexistent." For a criminal prosecution, the worth of the "thing of value" must be more than $25,000 for a felony and $2,000 for a misdemeanor.

The chair of the Federal Election Commission, Ellen Weintraub, tweeted the day after the transcript of Trump's phone call was released last month that "the Commission has recognized the 'broad scope' of the foreign national contribution prohibition and found that even where the value of a good or service 'may be nominal or difficult to ascertain,' such contributions are nevertheless banned."

“Indeed, the Commission has recognized the ‘broad scope’ of the foreign national contribution prohibition and found that even where the value of a good or service ‘may be nominal or difficult to ascertain,’ such contributions are nevertheless banned.” pic.twitter.com/iCHKczPuif

Former FEC senior counsel Dan Weiner says the question of whether intangibles such as opposition research is a thing of value is "fairly well-settled." He says because the FEC is the agency charged with interpreting and administering federal campaign finance law, getting the agency involved in this question "is crucial."

There's only one problem: The FEC currently lacks a quorum and cannot take up any new investigations until additional commissioners are nominated and confirmed by the U.S. Senate.

Fischer at the Campaign Legal Center isn't sure that even if there were a quorum, the FEC would act. The alleged violation, he says, "arose in the course of the president carrying out his foreign policy responsibilities and the president has wide latitude to conduct diplomacy. I would be very surprised if the FEC were to issue civil penalties against the president or his campaign."

But the president's conduct raises much larger issues. Fischer believes that "the fact that the president used the power of his public office for his personal political gain is a matter that should be of immense concern to Congress regardless of whether campaign finance laws might be implicated."

Former FEC counsel Weiner, now with the Brennan Center for Justice at New York University, agrees. He says there are relatively few instances where "we're confronted with a situation that the founders literally anticipated with some specificity."

But, Weiner says, this instance could be one "where you actually have the threat of a president asking a foreign government to meddle in our election. So it's much bigger than just campaign finance law if in fact that is what happened."

"I think it is an extraordinary abuse of power. And yes, it's incumbent on Congress to investigate it," says Weiner.