Accessibility links
Opinion: Did Secretary Pompeo Forget His West Point Pledge? Secretary of State Mike Pompeo, a West Point graduate, should remember the academy's honor code as the Ukraine story unfolds: "A cadet will not lie, cheat, steal, or tolerate those who do." 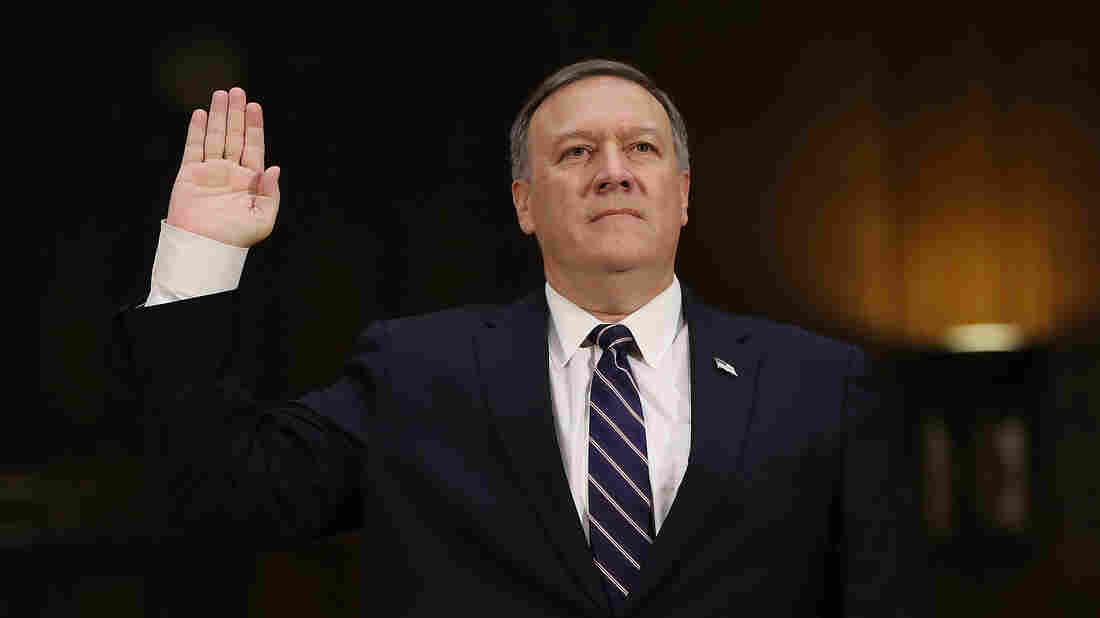 For several days this week, Secretary of State Mike Pompeo dodged questions about the whistleblower's complaint before finally admitting he had actually been on the call at the center of the complaint. Joe Raedle/Getty Images hide caption 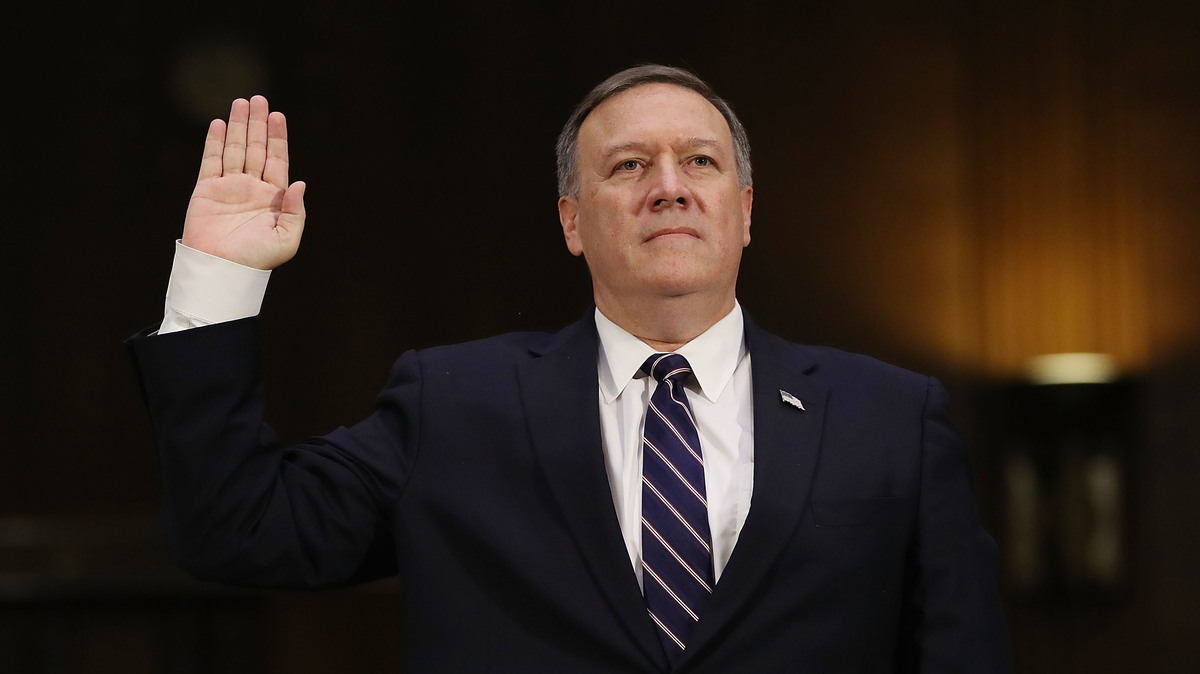 For several days this week, Secretary of State Mike Pompeo dodged questions about the whistleblower's complaint before finally admitting he had actually been on the call at the center of the complaint.

"There's no doubt West Point impacted who I am," Mr. Pompeo has said. "It has an enormous emphasis, not only on military aspects, but character development. Whether it's the honor code, or the interactions you have ... every place you are is a character test.

In these days of qualifiers and codicils, the West Point honor code is concise and plain: "A cadet will not lie, cheat, steal, or tolerate those who do."

U.S. Army officers I've met in wars have told me they carry that code through life.

They've explained that "will not lie" includes what Gen. Maxwell Taylor, who was superintendent of West Point, called "quibbling, evasive statements, or the use of technicalities..."

If a soldier asks, "Is the enemy behind that hill?" and an officer knows they've actually dug in on top of that hill, the officer shouldn't say, "Oh, not really." A West Point grad is supposed to answer with the truth they know is crucial — not, "quibbling, evasive statements."

Last Sunday, when Secretary Pompeo was asked by ABC's Martha Raddatz about the conversation between President Trump and President Volodymyr Zelenskiy of Ukraine, and the report of a whistleblower about that conversation, the secretary said, "So you just gave me a report about a I.C. whistleblower complaint, none of which I've seen..."

And the secretary told a State Department briefing, "I haven't had a chance to actually read the whistleblower complaint yet. I read the first couple of paragraphs, and then got busy today ..."

It wasn't until Wednesday — after a report in The Wall Street Journal that he had been in on that phone call — when Secretary Pompeo finally said at a press conference in Italy the entire truth about that conversation. He said, "I was on the phone call."

Most politicians can be evasive; it's part of the parlance of politics. But Mike Pompeo is a trained soldier who conducts the foreign policy of the United States.

In the weeks ahead, Secretary Pompeo will be asked to comply with subpoenas and requests for records. You may wonder if he will use his skills to dance, slide and misdirect, or be as honest and direct as the West Point honor code he knows by heart.