Accessibility links
At 94, Director Peter Brook Is Still At It The iconic British director has a new work on stage in New York; Why? asks exactly that question about the purpose of theater in society. Brook says he'll carry on as long as he can find the energy. 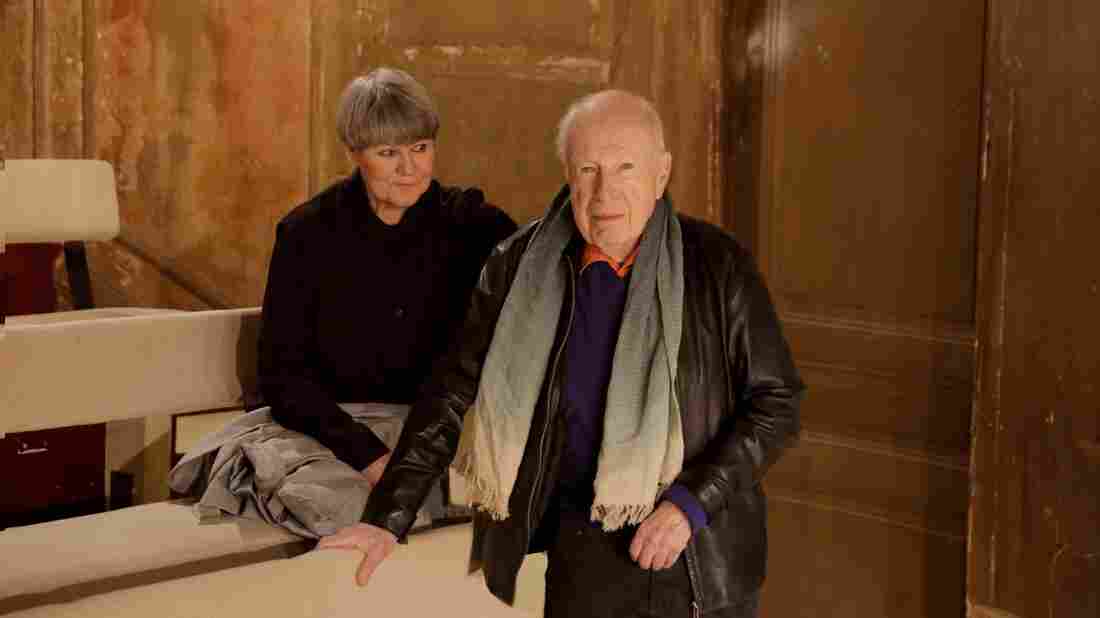 Peter Brook and Marie-Hélène Estienne, his co-director and co-writer on the new show Why? Pascal Victor/ArtComArt hide caption 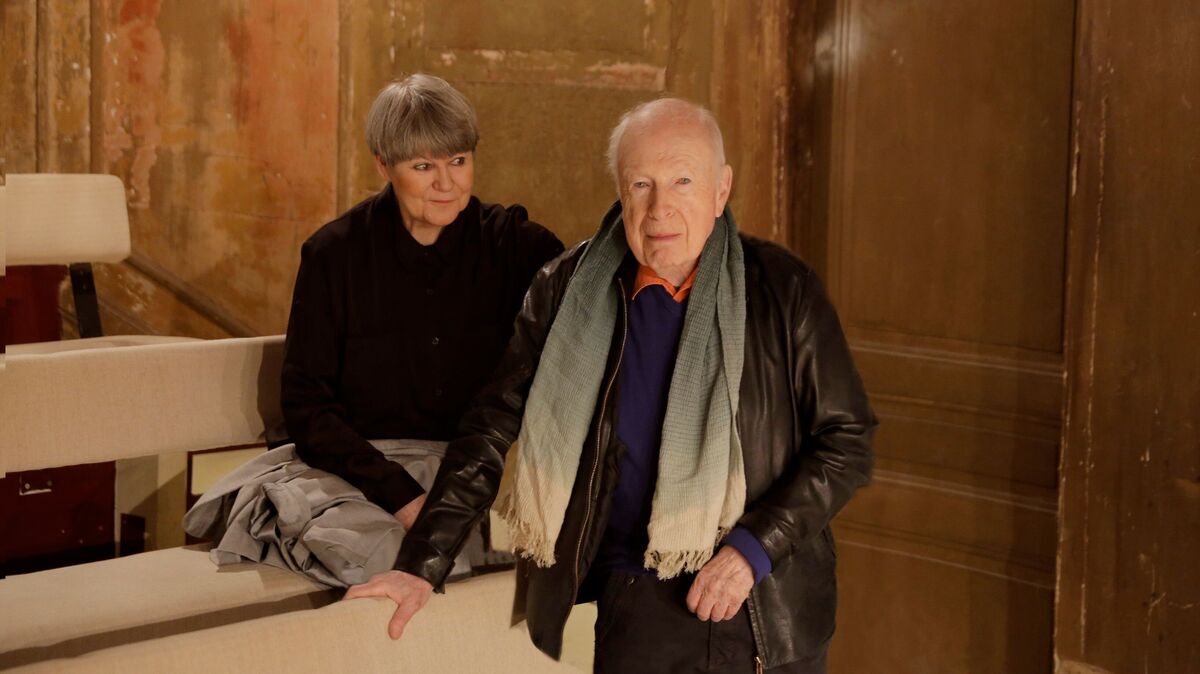 Peter Brook and Marie-Hélène Estienne, his co-director and co-writer on the new show Why?

At the age of 94, director and author Peter Brook can genuinely be called a living legend. His career has stretched for over seven decades, from ground-breaking productions of Shakespeare to his nine-hour adaptation of the Sanskrit epic, the Mahabarata. His latest work is on stage now in Brooklyn. It's called Why? and it asks that question about the very profession Brook has spent his life exploring. 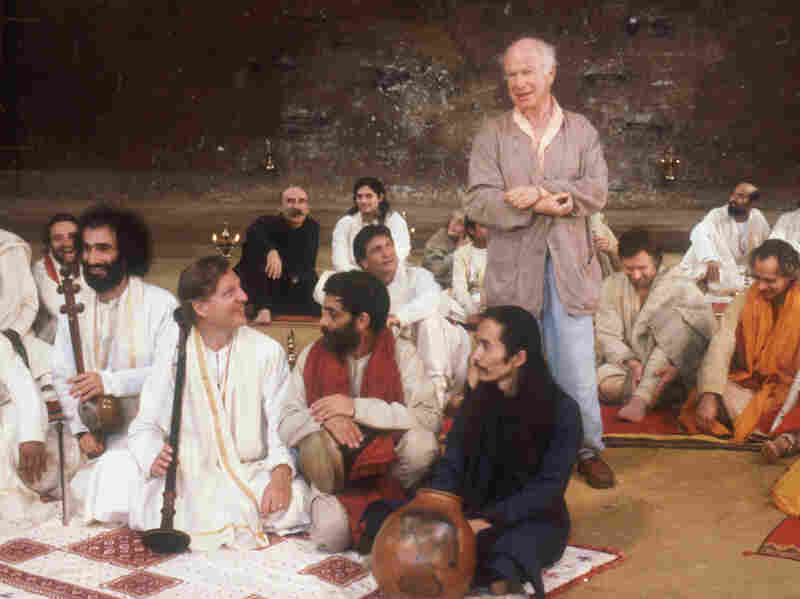 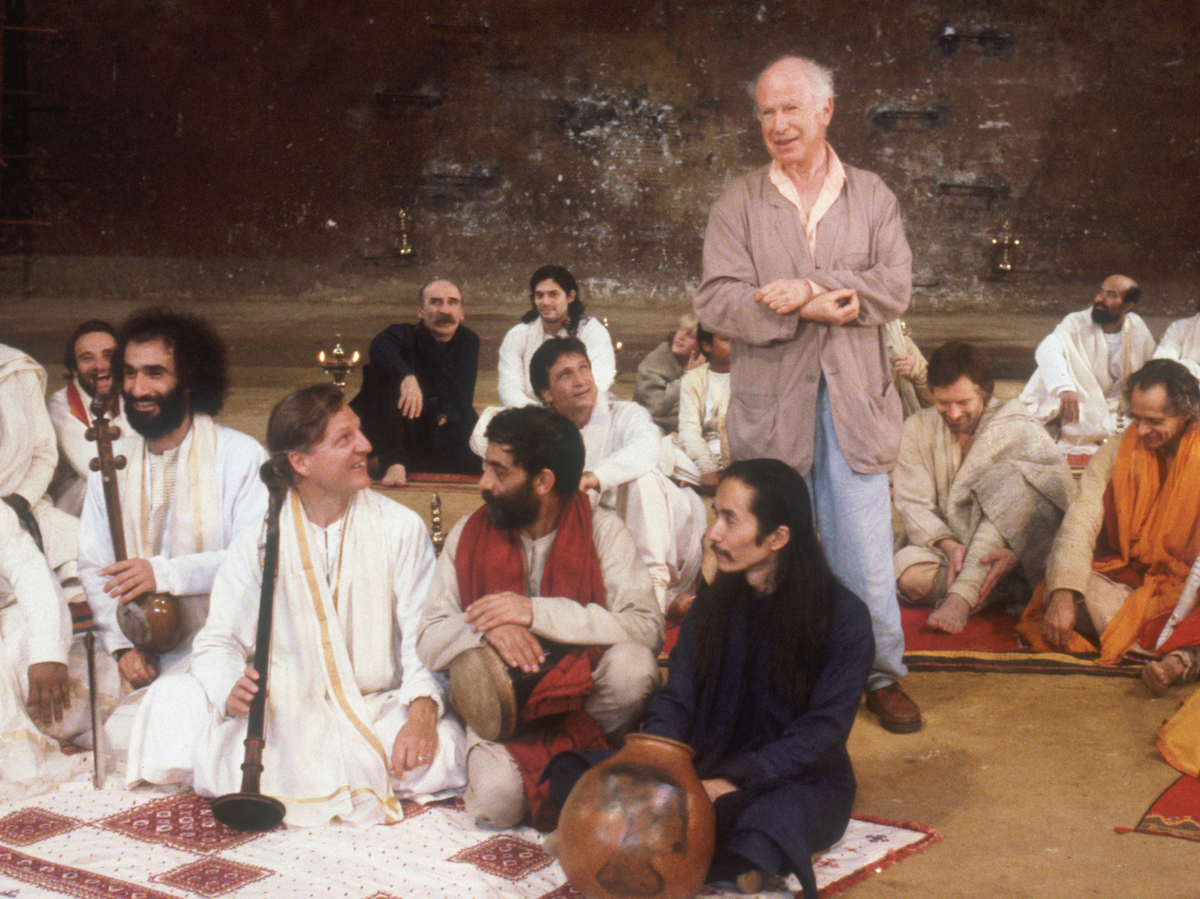 Peter Brook directs his adaptation of the Mahabharata at Theatre des Bouffes du Nord in Paris.

Brook has been in love with the theater for as long as he can remember. As a boy in London, his Russian-born parents took him to plays, and when he was 10 he even staged Hamlet for them, in a toy theater with cutout figures. "And the poor things sat there for about two hours," he remembers, "while I read with one hand the text, and with the other hand, I did these maneuvers. I can't imagine the torture of poor devoted parents. This tiny voice reading badly and saying 'to be or not to be, that is the question!'"

By the time he was in his 20, Brook was staging Shakespeare in Stratford-upon-Avon with the finest actors of the day — John Gielgud, Vivien Leigh, Paul Scofield and others. But even back then, Brook found himself asking why there wasn't another way to create theater. He wrote a book in 1968 called The Empty Space, which begins "I can take any empty space and call it a bare stage."

"When you talk about The Empty Space, I sometimes say to people, 'Don't bother to read the book, read the title,'" Brook says. "Because if one really thinks of it, this is a call to a question, to say why? And bit by bit get rid of all the established trappings of scenery, of costume, of music. All that has to be questioned." 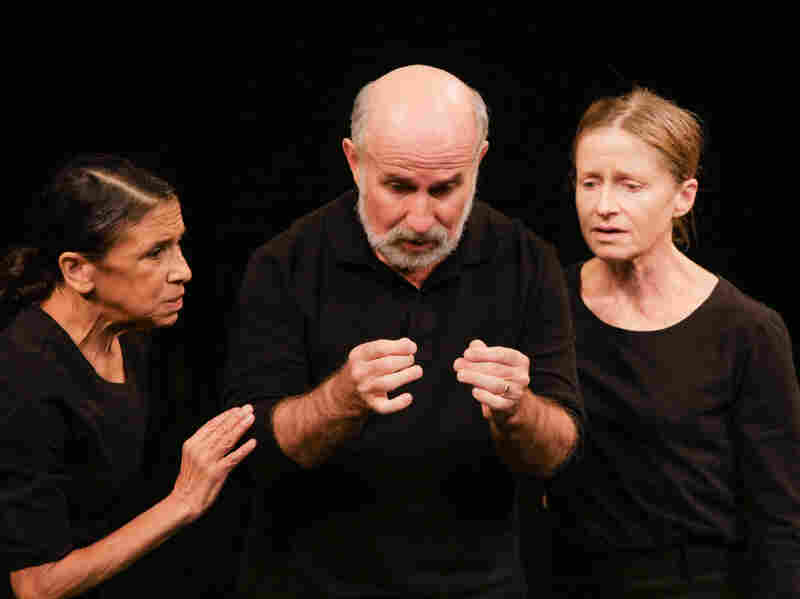 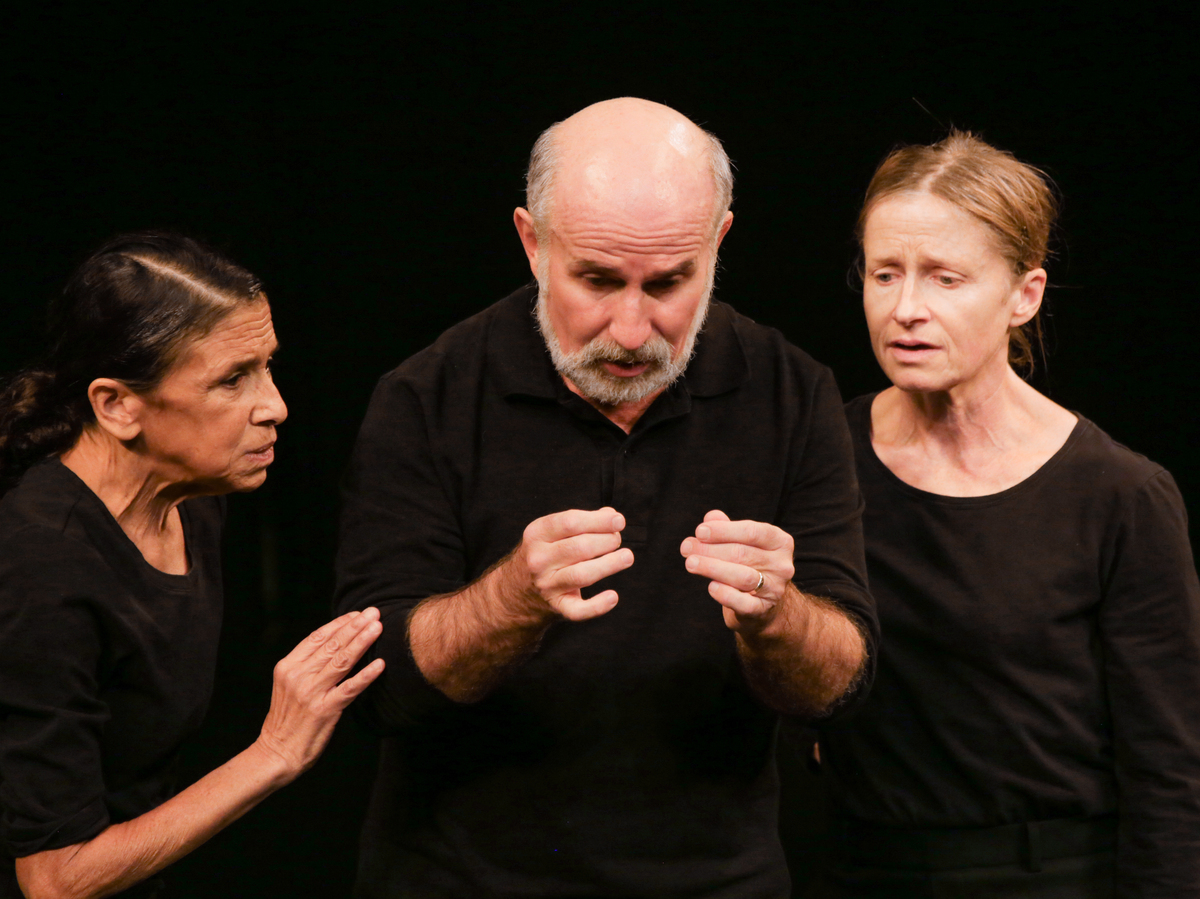 Kathryn Hunter, Marcello Magni, and Hayley Carmichael ponder the purpose of theater in Why?

True to that aesthetic, in Brook's latest work, the stage is bare, save for a large carpet, some chairs and three actors — all dressed in black, asking those questions. "Why do we do theater?" asks one. "Why do we do it?" the others chime in, "why? What is it all about? What is it for?"

Brook's ceaseless questioning led him to establish the International Centre for Theatre Research in Paris, where he and his principal collaborator, Marie-Hélène Estienne, have been reinvestigating classics and devising new works with actors from around the globe for over 40 years.

"As Shakespeare says always, 'there is a world elsewhere,'" he says. "And in seeing that, I found that a mixture going beyond racial barriers and then going beyond national barriers, language barriers, cultural barriers, something opens. So, this is a never-ending process."

Brook uses that approach to ask who we are and why we do things to each other. In 1975, he staged The Ik, about an African tribe that starved to death because it was forced from its land.

"He took on this issue in the most profound, deepest way imaginable," says Karen Brooks Hopkins, who saw the show in grad school. She's now the executive producer of Peter Brook/NY, which is sponsoring events across the city exploring the director's work. "And I never thought or understood that theater could be so essential, so powerful and just so right on," Hopkins adds, "in terms of getting straight to the heart of something, not just in terms of what was happening, but the feelings involved with what was happening, and around what was happening."

In his latest piece, Brook investigates the questioning work of some of his predecessors, notably the director Vsevolod Meyerhold, who was swept up in the Russian revolution and ultimately denounced, imprisoned and murdered by Stalin's regime.

"And he was sitting there all the time saying, 'Have I made mistakes? Is this all my fault?' Sitting there in his cell. It's terrifying to think of," Brook says. "But his honesty means that he's also saying 'But why? Why are they saying that I am an enemy of the revolution? Why are they saying all this? Why do they want to get rid of me? Why am I in prison?' Bang."

In Why?, actress Kathryn Hunter quotes Meyerhold, answering those questions: "Theater is a very dangerous weapon," her character says. "Imagine you are prescribed zero point zero zero five milligrams of strychnine to take a day, and you swallow the whole bottle in one mouthful. Theater is dynamite more dangerous than fire, more dangerous than bombs."

Because, adds actor Marcello Magni — who's worked on several of Brook's pieces — theater can shine a light on the world we live in. "In the theater, there is a world," he says. "But Peter is constantly doing left and right, looks up and down and behind and sideways, to life, in order to look at theater."

At 94, Brook is growing increasingly frail, yet he continues to explore. "If life has brought you to this, you have an obligation to try to carry on as long as you can find the energy," he says. And that is not in question.