Accessibility links
More Than 100 Killed And Thousands Injured In Anti-Government Protests In Iraq At least 104 people have been killed and more than 6,000 have been wounded in the unrest as protesters demand better public services, an end to corruption and more opportunity. 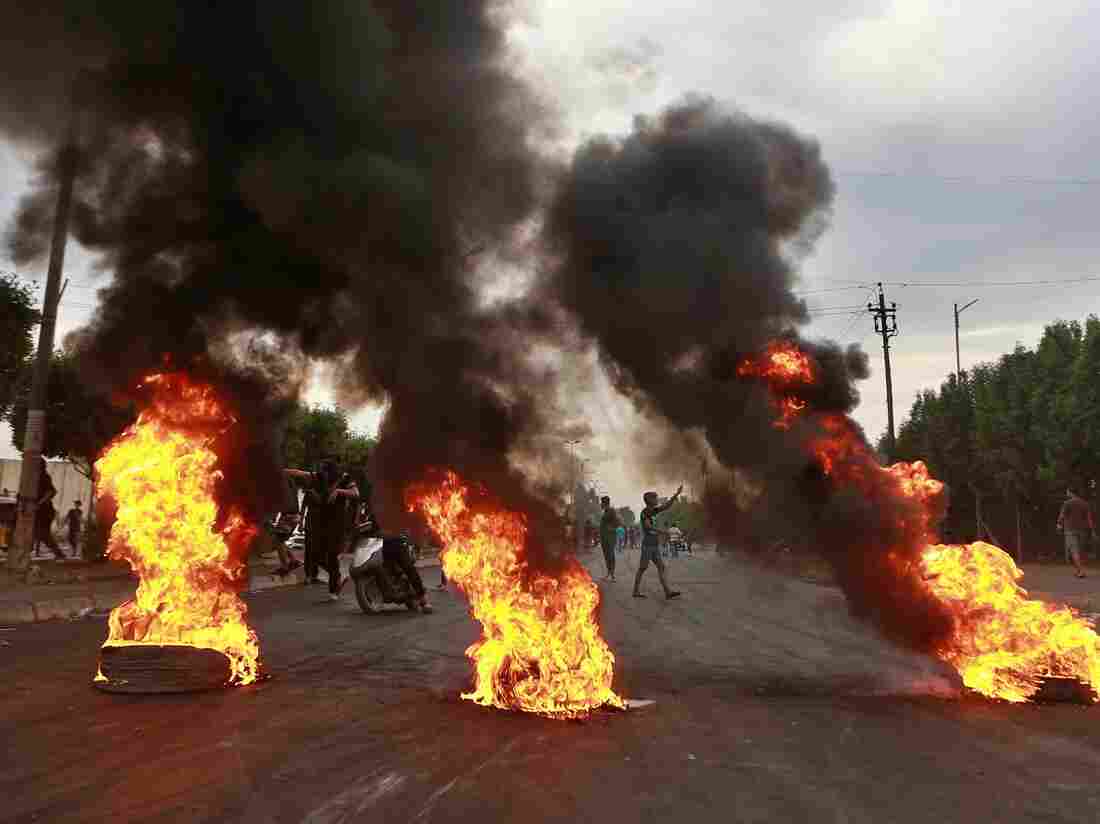 Anti-government protesters set fires and close a street during a demonstration in Baghdad on Sunday after nearly a week of unrest throughout Iraq. Khalid Mohammed/AP hide caption 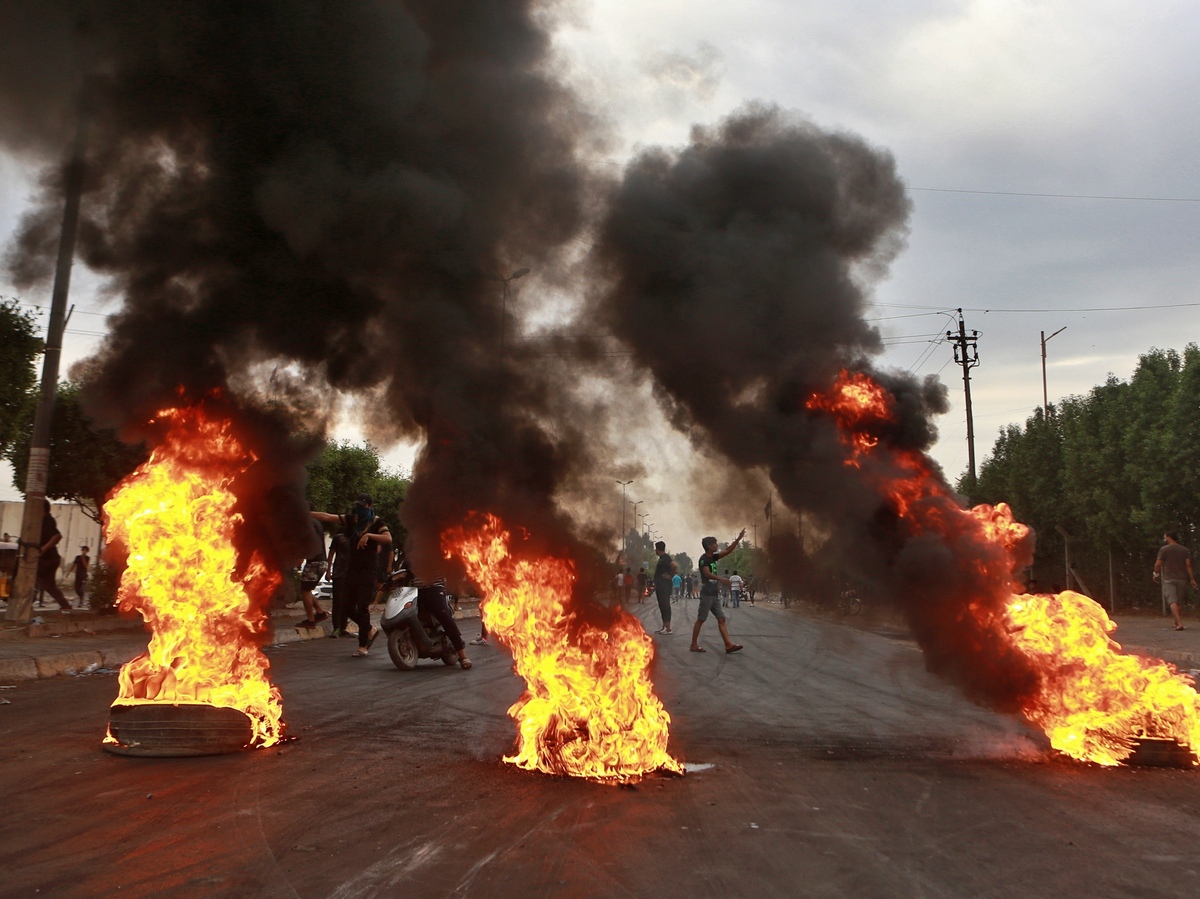 Anti-government protesters set fires and close a street during a demonstration in Baghdad on Sunday after nearly a week of unrest throughout Iraq.

Iraqi authorities say at least seven more people were killed in clashes between protesters and police in eastern Baghdad on Sunday, bringing the death toll from nearly a week of anti-government rallies throughout Iraq to more than 100 with thousands of others injured.

Protesters, who took to the streets on Tuesday frustrated over joblessness and corruption, have been met with live ammunition from security forces attempting to break up the mass demonstrations that have convulsed Baghdad and parts of southern Iraq for days.

So far, 104 people have been killed and 6,107 have been wounded in the unrest, according to figures released by Iraqi security officials. More than 1,200 security members are among the injured.

Then the protesters put out a call to re-converge on social media and the response took observers and government officials aback: Thousands of mostly young adults in their 20s, outraged over inadequate services and poor job prospects in the oil-rich country, came out to push for more opportunity and an end to corruption.

The Iraqi army and police have responded by firing live rounds, tear gas and rubber bullets into crowds. As protests spread to other parts of the country, the bloody clashes continued.

The six days of street demonstrations mark the most serious challenge Prime Minister Adel Abdul-Mahdi has faced since he assumed office last October. He has committed to meeting with protesters without armed forces to have a dialogue about their demands.

"I will go and meet them without weapons and sit with them for hours to listen to their demands," Abdul-Mahdi said on Saturday in remarks on state television. 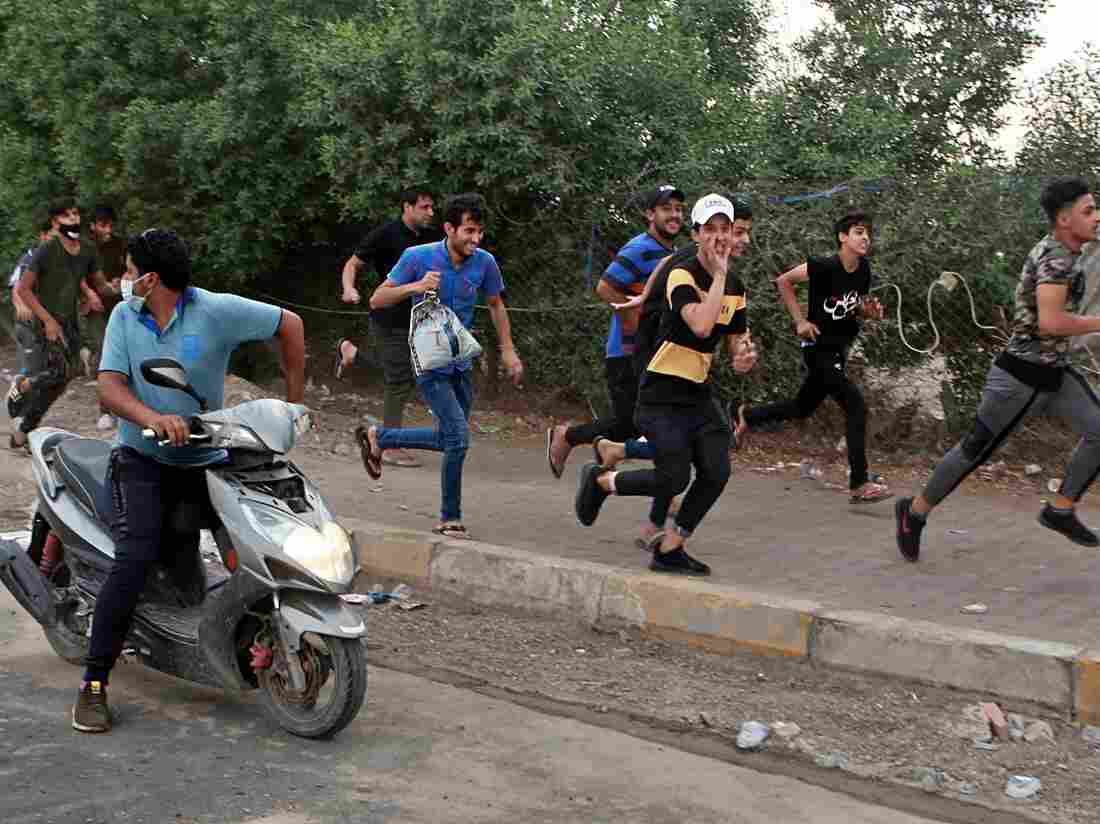 Anti-government protesters run for cover while Iraqi security forces fire live ammunition in the air during a demonstration in Baghdad on Sunday. Khalid Mohammed/AP hide caption 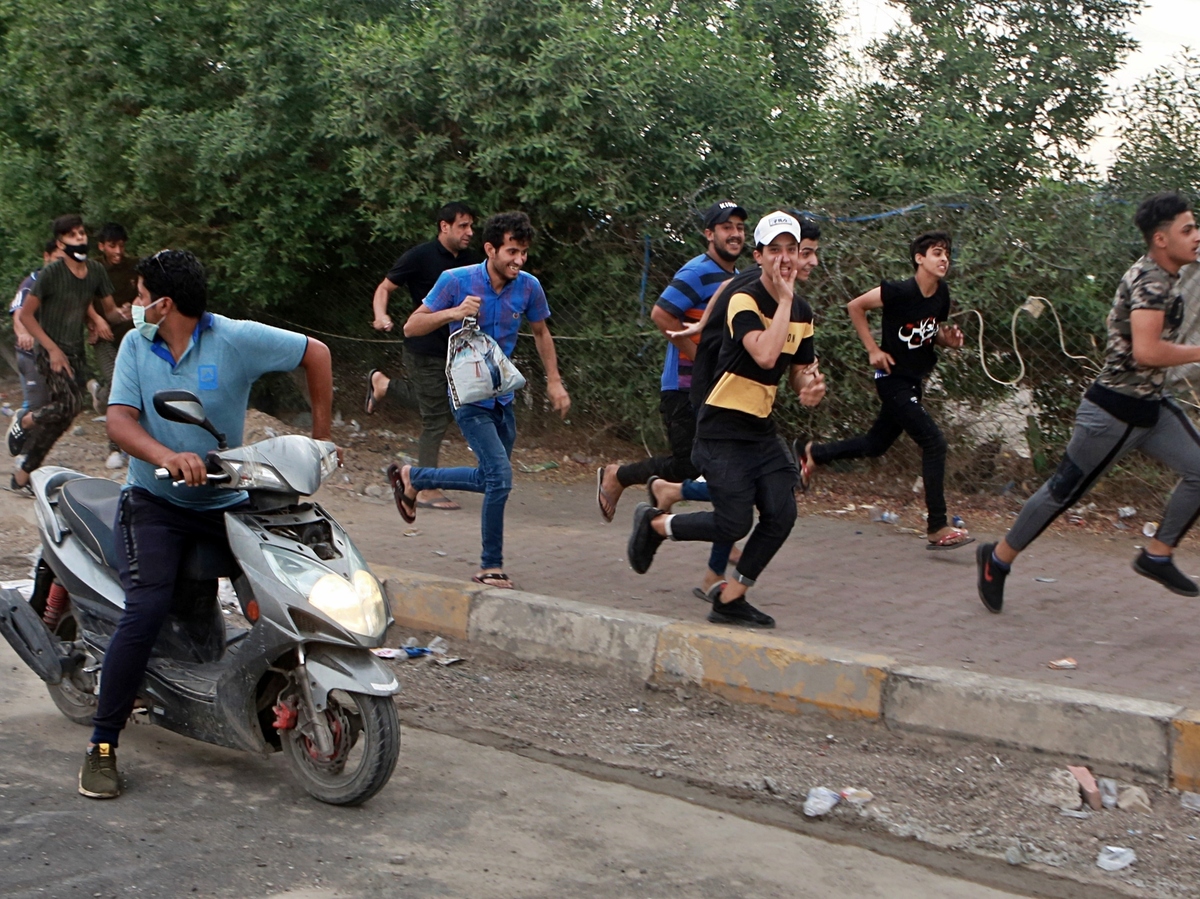 Anti-government protesters run for cover while Iraqi security forces fire live ammunition in the air during a demonstration in Baghdad on Sunday.

Abdul-Mahdi announced a plan to pay out unemployment assistance and provide government-backed housing for low-income residents in an attempt to satisfy the demonstrators who have set buildings aflame and sparred with authorities.

The United Nations envoy for Iraq, Jeanine Hennis-Plasschaert, took to Twitter on Saturday to denounce the violence, saying: "This must stop."

"I call on all parties to pause and reflect. Those responsible for violence should be held to account. Let the spirit of unity prevail across Iraq," wrote Hennis-Plasschaert.

Protesters called for top government officials to step down, as authorities cut of Internet service in Baghdad and across much of the country.

Demonstrators on Sunday also called for Iran to stop meddling in Iraqi politics.

Amid growing unrest, Marta Hurtado, a spokeswoman for the United Nations high commissioner for human rights, urged the Iraqi government to allow citizens to peacefully assembly and exercise their rights to freedom of expression without fear of a violent crackdown.

"The use of force should be exceptional, and assemblies should ordinarily be managed without resort to force," Hurtado said in a statement.

All incidents in which security forces killed or injured protesters should be promptly and transparently investigated by the government, Hurtado said.

Hurtado also said reports that three journalists covering the protests were detained and the government cutting off Internet service were alarming and should be examined.

"Blanket internet shutdowns are likely to contravene freedom of expression, unduly restricting the right to receive and impart information and may exacerbate tensions," she said.