Accessibility links
The Story Of José Feliciano's World Series Guitar NPR's Michel Martin speaks to comedian Aasif Mandvi, host of the Lost at The Smithsonian podcast, about the history behind the guitar Jose Feliciano used to perform at the 1968 World Series. 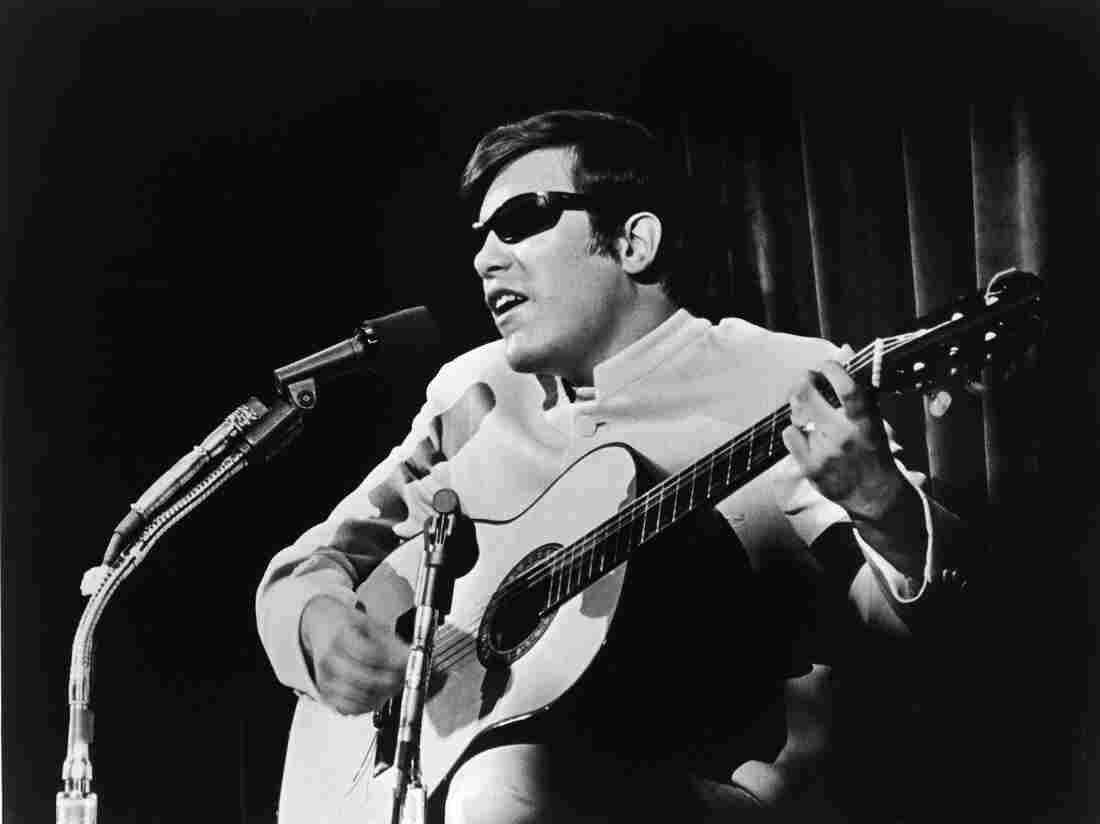 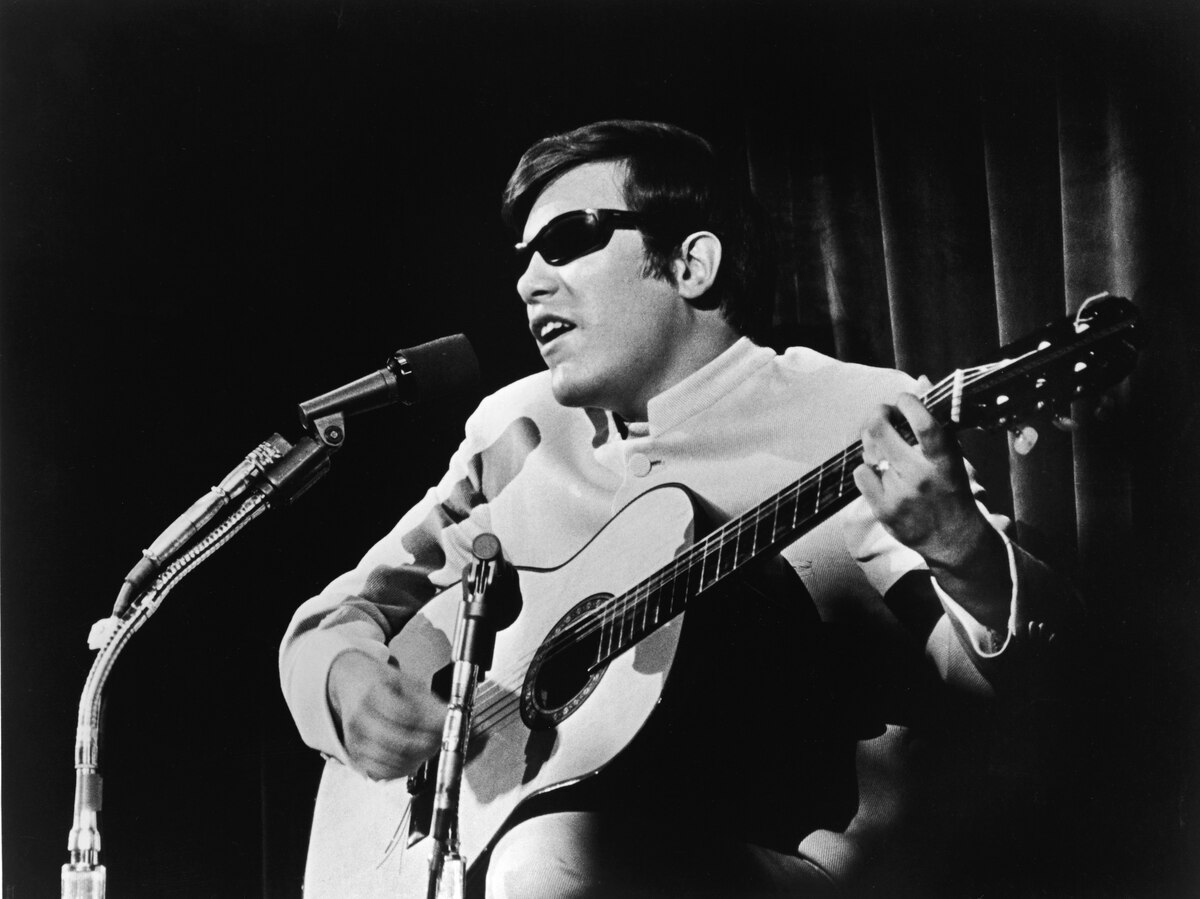 At the World Series game between the Detroit Tigers and the St. Louis Cardinals in October 1968, Puerto Rican singer José Feliciano sang "The Star-Spangled Banner" — to no little controversy. Feliciano put a personal spin on the song, giving it a slower tempo, almost like a folk anthem. The rearranged version got a cold reception from many listeners, doing lasting damage to the singer's career.

That performance and its aftermath are the subject of one episode of a new podcast called Lost at the Smithsonian. Hosted by Peabody Award-winning actor, writer, comedian and author Aasif Mandvi and created in collaboration with the Smithsonian's National Museum of American History, each episode tells the story behind one iconic artifact — including Fonzie's leather jacket, Muhammad Ali's robe, and in this case, Feliciano's guitar from the '68 World Series performance.

NPR's Michel Martin spoke with Mandvi about the history behind the guitar, the performance and the national anthem's presence at sporting events. Hear the radio version at the audio link and read on for an edited transcript.

Michel Martin: The podcast tells the story of the backlash that José Feliciano received after performing his version of the anthem, including this excerpt from a littler to the editor after the performance: "What screwball gave permission to have the national anthem desecrated by singing it in the jazzy, hippy manner that it was sung? It was disgraceful, and I sincerely hope such a travesty will never be permitted again."

You explained in the podcast that this really did damage his career. What happened?

People saw this as a sort of desecration of our national anthem. They saw a long-haired hippie with a Latin name playing the song in a way that nobody had interpreted it before. I always thought it was an interesting conversation around that and the parallels of what happens today when football players take a knee and protest, even though José wasn't protesting at the time.

Tell me about that. You're saying he wasn't protesting.

He wasn't protesting. What he says in the podcast is that people never paid attention during the national anthem. So he took this risk and played it in this way that was really nontraditional, just to get people to pay attention. It was an uber-patriotic act which got completely misinterpreted as some kind of desecration of the anthem.

You asked him whether he sees some connection with the football players who created such a stir by taking a knee during the national anthem to protest police violence and other social injustices. And this is what he said: "I don't understand why athletes who are making tons of money should be protesting about the anthem. They should stand up and be proud that this is a country that has tried to right its wrongs." I take it that was a bit of a surprise to you.

It was a surprise. I did not expect him to have that reaction, but it was interesting to hear his take on it, [with him] having been at the center of a similar controversy. So it was a complicated interview. It didn't pan out the way I thought it would.

You were saying earlier that you started out talking about José Feliciano's guitar, but it actually turned into a conversation about patriotism.

It did. It turned into a conversation about patriotism, about race and about what it means to be American.