Accessibility links
Supreme Court Will Decide On Protections For LGBTQ Employees The court will examine whether workplace discrimination protections extend to LGBTQ people — a ruling that will have widespread implications in more than 25 states without such safeguards. 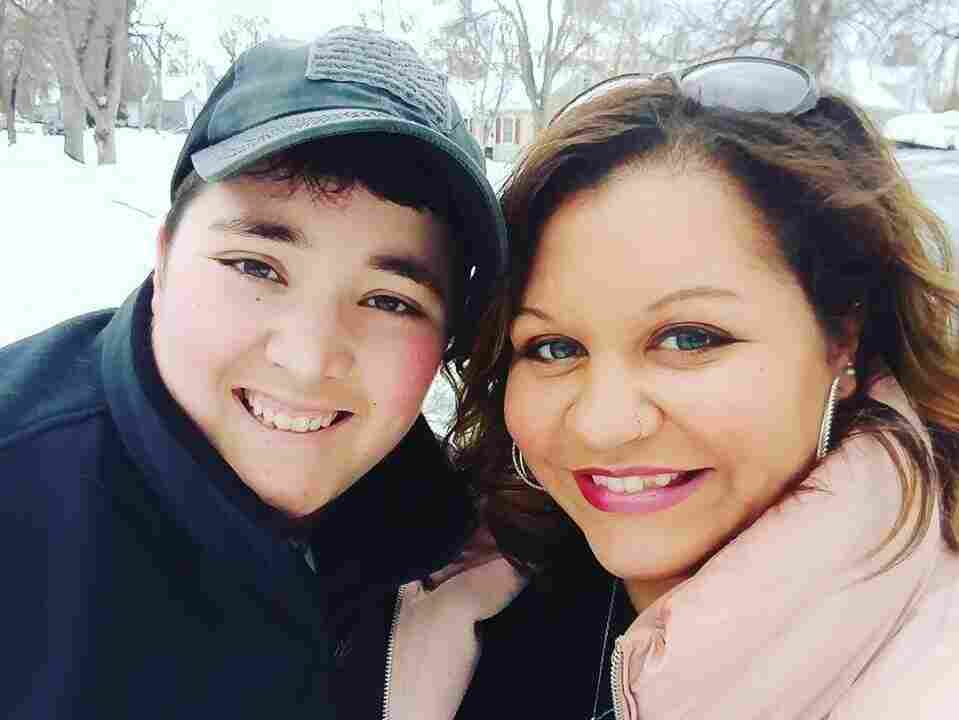 Kathleen O'Donnell, left, with her wife, Casey. Since 2014, the couple has lived in Billings, Mont., where there is no explicit law that protects LGBTQ people from discrimination in housing, employment or public accommodations. Courtesy of Kathleen O'Donnell hide caption 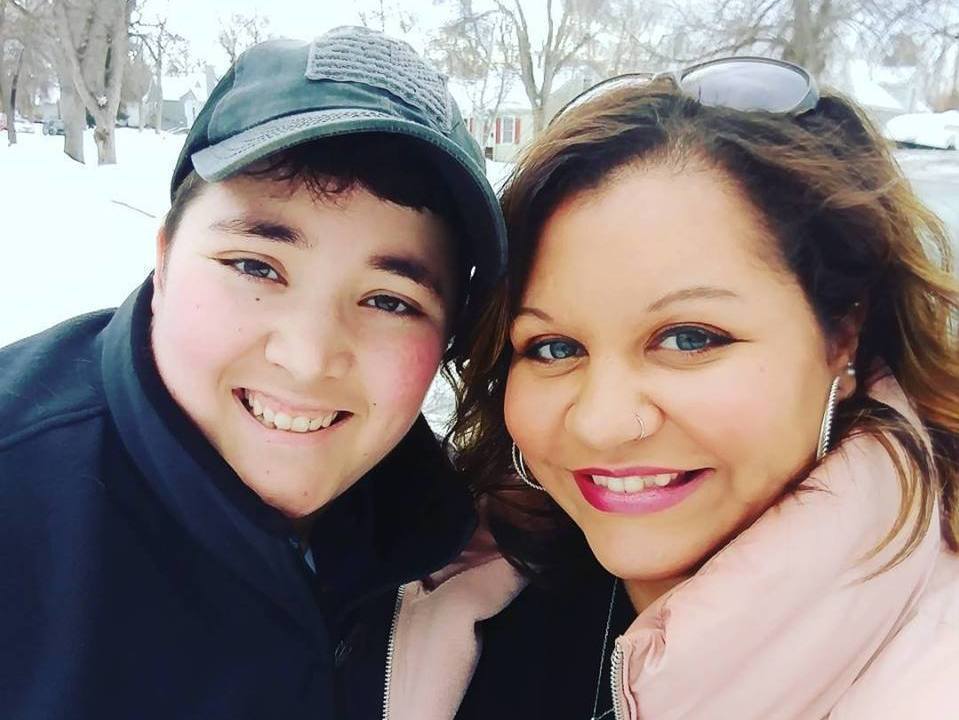 Kathleen O'Donnell, left, with her wife, Casey. Since 2014, the couple has lived in Billings, Mont., where there is no explicit law that protects LGBTQ people from discrimination in housing, employment or public accommodations.

It's a hectic morning at the home of Kathleen O'Donnell and her wife, Casey. Kathleen is getting their 4-year-old foster daughter ready for the park. She got placed with them overnight. Casey is wrangling the four dogs. They've already got their 11-year-old son off to school.

They live on a tree-lined street in Billings, Mont. It's a place they've called home since 2014.

"All of my family lives in Billings, so with a kid we wanted to be near them," Kathleen said.

But when the same-sex couple made the move, they knew it came with risks. While five Montana cities have local nondiscrimination ordinances on the basis of sexual orientation and gender identity, Billings, the state's largest city, is not one of them.

Nor does the state have an explicit law that protects LGBTQ people from discrimination in housing, employment or public accommodations. Neither do more than half of U.S. states, leaving millions to rely on a patchwork of protections that vary depending on where they happen to live.

It's why Kathleen and her wife are closely watching three upcoming cases that will be argued in front of the Supreme Court on Tuesday related to Title VII of the Civil Rights Act, the federal statute that makes it illegal to discriminate against someone at work on the basis of sex. The court is hearing arguments on whether the definition of sex in Title VII includes sexual orientation and gender identity.

For people like the O'Donnells, whatever the Supreme Court decides will have an outsize impact on their lives. They've already felt the limits of the protections in the city they call home.

It started the year the family moved to Billings in 2014. Kathleen was looking for a place to live with her family. She found a house that worked. The landlord handed her an application.

"We met the standard requirements for renting the house. And I had just written [my wife's] name down and he asked me, 'OK, well is it a girl or a boy?' Which is an odd question to ask someone," Kathleen said. "[Casey and I] had actually previously had that conversation on what do we do if someone asks us, because it is common in Montana, unfortunately, and we were like, 'No, we're not going to lie, we're going to tell the truth.' And so when I did that, that's when he was like, 'Oh, I don't rent to your kind here.' "

She said without local protections, there wasn't much she could do, so she found a different place to live.

Two years later, Kathleen landed a new job at a local auto dealership. Most people were nice, but she said the owner's son called her names.

"He felt it was OK to make names based on my appearance," she said. "I would be considered a 'butch' lesbian, and I have the short hair, so they didn't refer to me by Kathleen. They would refer to me as Bob or Bill and use a male verbiage because of my appearance."

She put up with it.

"With that being your job and the way you provide for your family, unfortunately I just kind of let it be the way it was going to be at that time," she said.

A few days before her six-month probationary period was up, her supervisor called her into the office and told her the owner asked him to fire her.

The dealership would not comment on O'Donnell's allegation. At the time, she said she called the Montana state employment office.

"I told them my story and they're like, 'Unfortunately, there's nothing I can do for you,' " she said.

The question before the court

LGBTQ advocates say such stories are unfortunately all too common in states where gender identity and sexual orientation are not explicitly protected classes under the law. And while the federal Equal Employment Opportunity Commission says it will enforce Title VII's protections when gender identity and sexual orientation are at issue regardless of the law in any particular state, courts are irrevocably split on whether it has the authority to do so.

That's the question the Supreme Court is being asked to decide when they hear the three cases, two on sexual orientation and one on gender identity.

"What these cases will decide is does the federal statute that prohibits sex discrimination in employment cover discrimination on the basis of someone's sexual orientation or their gender identity, because those forms of discrimination are sex-based," said Adam Romero, the federal policy director at the Williams Institute at the UCLA School of Law.

Whatever the court decides will have a ripple effect well beyond employment, Romero said.

"Its impact will be most immediately on employment, but the question of discrimination in housing, in education, in public accommodations, in credit and other sort of vital spheres of our lives, there are statutes that prohibit sex discrimination in those settings," he said. "And so the Supreme Court's decision in the employment context will inform courts' decision in these other contexts as well."

Employers who say Title VII should not include sexual orientation or transgender identity object for a variety reasons. Some claim it's a dress code issue when it comes to transgender individuals. Others say it's an issue of freedom of expression or religion.

Others are like Lisa Fullerton, a San Antonio-based owner of fast-food franchises. Fullerton says she worries about the potential repercussions of extending to members of the transgender community business opportunities that were designed to empower women.

"When a person's sex is arbitrarily defined or interpreted by judges or government, the opportunities are actually going to vanish for the women that they were designed to benefit," Fullerton said. "Because historically, sex has been biology-based and its association is the basis for government programs that were written to help women."

Texas, like Montana, does not have explicit state LGBTQ anti-discrimination protections, although San Antonio does. Fullerton says she employs LGBTQ people but is concerned about government overreach.

"My question," Fullerton said, "is how do we allow people to disagree about such things, coexist, and yet no one lose their liberties without becoming discriminatory?"

A "safe space" for Billings

Back in Billings, Mayor Bill Cole is closely watching what the Supreme Court decides. Cole said there are two reasons the city doesn't have a nondiscrimination ordinance. Montana's state laws, he said, already dictate that an employer can't dismiss someone without good cause once their probationary period ends.

The other reason, he said, is because, "anything that we do may be made moot by cases now pending before the United States Supreme Court."

LGBTQ advocates argue that that's all the more reason they want local protections. If the Supreme Court says yes, LGBTQ people are protected, states would be compelled follow. But if they say no, advocates fear, the implications for millions of LGBTQ citizens would be disastrous.

The Supreme Court that expanded gay rights — most notably by legalizing same-sex marriage — is a very different court today. Retired Justice Anthony Kennedy, regarded as a champion of gay rights, was the key swing vote in several pivotal cases. But with Kennedy no longer on the court, many advocates fear it will be impossible to assemble a pro-LGBTQ majority with Trump appointees Neil Gorsuch and Brett Kavanaugh.

"When that didn't pass, people in the community were worried about how do we create safe space for LGBTQ people and the youth," said the Rev. Sarah Beck of Billings' Grace United Methodist Church.

So the church created the Rainbow Coffee House, a meeting space for LGBTQ teens.

"That's kind of where the Rainbow Coffee House came out of, was sort of people in the community saying 'We want our community to be safe for people,' " she said.

Last year, that safe space was defaced multiple times with anti-gay flyers, a swastika spray-painted on the rainbow flag that hangs in the church window and another on a church door. A church sign was also spray-painted with the words "no gays."

Now they have extra cameras, a doorbell, new locks and other security measures.

At the time, the community rallied around the church.

"That's all wonderful, but at the same time, what is the expectation when the message you send to the community is that these people don't need to be protected?" Beck asked. "These types of things are inevitable." 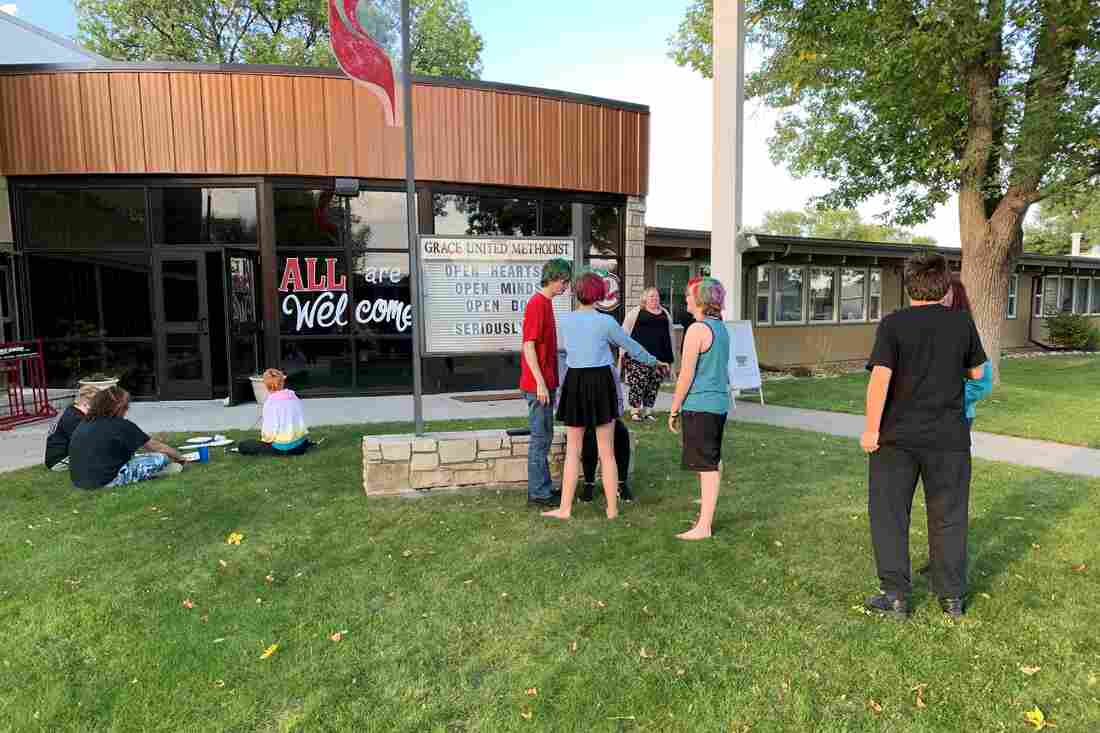 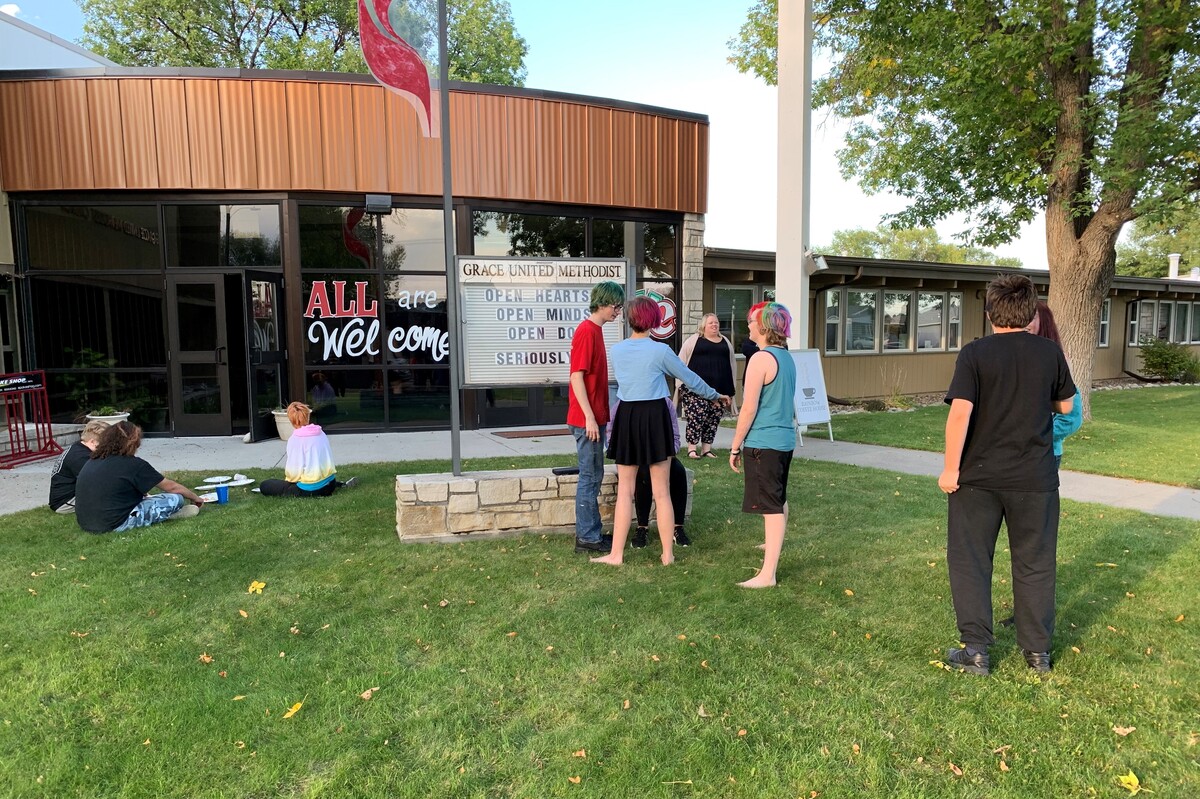