Accessibility links
Review: 'Grand Union,' By Zadie Smith Smith's first short story collection is wide-ranging, covering everything from politics to murder to drag queens. Some of the slighter stories feel like footnotes, but many show off Smith at her best. 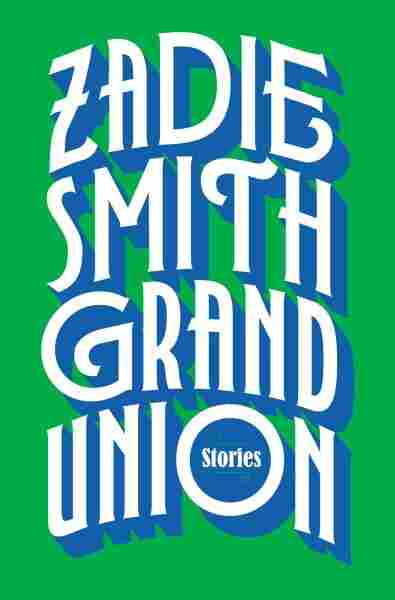 There are several ways of looking at a story collection as wide-ranging and variable as Grand Union, Zadie Smith's first book of short fiction.

You could say it shows off her range — realist, dystopian, post-apocalyptic, quasi sci-fi, political and social satire, historical — and in doing so, provides something for everyone.

You could say it sheds light on her longform work — novels that include White Teeth, NW, and Swing Time — and that it animates ideas she explores in her essays, most recently collected in Feel Free.

Or you could say it feels like an uneven grab bag of picked-up pieces and experiments — some of which, from an unknown or less-celebrated writer, might have stayed in a drawer.

What you couldn't say — what I can't say — is that it's the sort of carefully curated or tightly integrated sequence of stories that holds you rapt throughout.

Of the 19 selections, 11 are previously unpublished, and the rest have appeared in The New Yorker and elsewhere. To be sure, recurring themes do emerge. Politics crops up in big and small ways. There are oblique commentaries like "The thing about undergarments is they can only do so much with the cards they've been dealt ... Like Obama," and overheard bits of dialogue like "They're still behind him. He makes them feel good. They want him to just go ahead and shoot somebody on Fifth Avenue like he promised." Taking a different tack, "The Canker" is a political parable about a man called the Usurper, "although he had been chosen, however misguidedly, by the people."

The Kavanaugh hearings get the Smith treatment in "Downtown." The narrator, a New York artist in a funk, watches the hearings with her Jamaican aunts, whose four-day visit "turned out to be the exact length of the investigation." "See that?" they comment. "That's the face a baby makes when you try and take his rattle away. We've had many many babies so we're familiar." After the aunts fly home, the narrator heads to a beer-soaked celebration of the reopening of a favorite restaurant, a popular artists' and writers' hangout where the revelers tell their waiters, "Sometimes I drank too much. Sometimes others did. I liked beer. I still like beer."

A rueful awareness of aging — or at least, of being no longer young — provides another subtle through-line. In "Sentimental Education," written in a close third person, a married mother in her 40s named Monica looks back on a period of sexual experimentation, including a failed college romance. Smith writes, "Back then, she unnerved men," a realization which leads her character to ask, "Can you have a surplus of self?" Monica recalls with wonder a 12-hour period in which she slept with three people — "The things we put young bodies through!" — but then, in a lovely passage, notes "a faint future echo of this extremity: breastfeeding one child, then a few hours later, lying next to another till it slept; then waking in a third room — all of this within one night—and pressing backwards into the beloved, to nullify his flesh in hers, and vice versa."

"Miss Adele Amidst the Corsets," first published in the Paris Review, shows off Smith's terrific ear. When an aging drag queen heads to a Lower East Side corset shop that's a remnant of another era in a rapidly gentrifying New York, her shopping expedition turns into an uncomfortable, escalating confrontation about prejudices. Miss Adele insists she's "done with all forms of drama — politics included. That's what she liked about gentrification, in fact: gets rid of all the drama." But she's also adamant that she "had a right to her opinions. Thirty years in a city give you the right."

Some of the slighter stories in 'Grand Union' ... feel not so much like footnotes as literary doodles, possible material for a future novel. But there are also reminders of what Smith is capable of at her best.

One of the strongest stories is "Kelso Deconstructed," a reading of a 1959 racist tragedy — the last day in the life of a carpenter from Antigua who's looking forward to his upcoming marriage and dreams of becoming a lawyer. Kelso Cochrane's dreams end when he's stabbed on his way home from the medical clinic where he's gone to tend to an injured thumb. His assailant, part of a band of "white youths" who "liked to make trouble for 'spades,'" lives out his life "unmolested by law." Smith, who teaches fiction at New York University, applies the "brazen headline" of a paper handed out by a young Marxist at Kelso's funeral to her analysis of his story: "All the World is Text." Particularly affecting, she lines up the false witness statements — which got the murderer off — like a poem, "a form of tragic verse."

Academics do not escape Smith's biting wit. In "For the King," two old friends meet in Paris for a rambling conversation that evokes Rachel Cusk's absorbingly digressive dialogues. The man, we're told, finds academics "curious people: never able to say a word without qualifying it from 15 different angles. To listen to them, he said, is to be confronted with a mass of verbal footnotes."

Some of the slighter stories in Grand Union — "Blocked," "Mood," "The Dialectic" "Parents' Morning Epiphany" — feel not so much like footnotes as literary doodles, possible material for a future novel. But there are also reminders of what Smith is capable of at her best, and many of them involve characters trying to make sense of our times and the march of time in general as they advance beyond their youth, generations "moving with necessary speed, not always holding each other's hands."