Accessibility links
Wilco's Jeff Tweedy On Finding Joy In A Complicated World : All Songs Considered In this guest DJ session from All Songs Considered, Tweedy talks about Wilco's new album, Ode to Joy, and the importance of appreciating life's smallest moments. 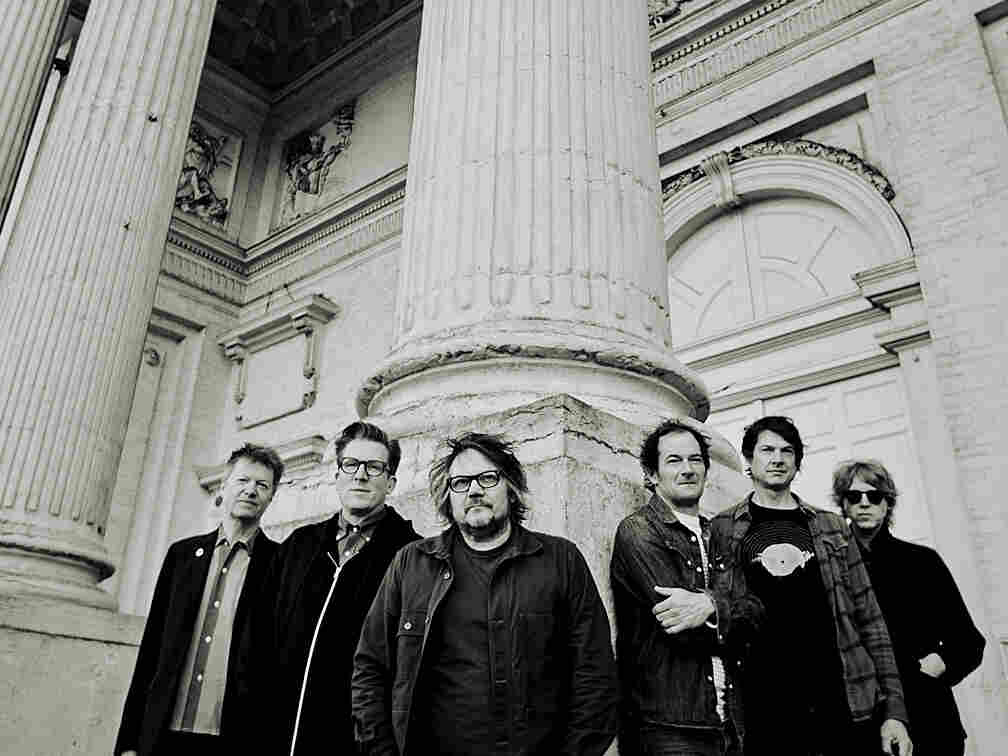 Jeff Tweedy has been on a roll. He put out three solo albums in the past two years, and two of those, Warm and Warmer, within six months of each other. Now another six months later, Wilco has a new album, Ode to Joy. With each record, Jeff Tweedy and his musical mates lean toward surprises. Ode to Joy, is mostly a slower-paced album that shows appreciation for the small, beautiful moments in life.

I wondered what's been inspiring Jeff Tweedy these days, so I asked him to play DJ and pick music that fires up his imagination. I intertwine those songs with cuts from Ode to Joy.

You can hear the full conversation with the play button at the top of the page and see the full playlist below.

Odd Nosdam is the music of producer David Madson. This album, Flippies Best Tape (FBT) is a mixtape of 66 songs; and this song in particular, creatively makes use of a noisy sample from the '60s band Blue Cheer.

Mick Trouble is the music of Jed Smith. And though this song sounds like it was straight out of London in 1980, Jed Smith is currently a Brooklyn-based artist from the band, My Teenage Stride. This solo album is called The Mick Trouble LP.

3. Wilco: "Everyone Hides" from Ode to Joy

This video is straight out of something seen on The Monkees TV show, circa 1966. Simple joy.

"Bright Leaves" will give you a good sense of the slow, thoughtful pace found on Ode to Joy. And though a leisurely pace may hint at sadness, Jeff Tweedy says, "if you've ever hit a drum one time really hard and just allowed yourself to sit there and listen to the resonance of the drum and get off on the physicality of it ... that's pretty joyous."

This artist came to Jeff Tweedy through his musical son, Spencer. Nnamdi Ogbonnaya is a Chicago artist who perfectly blends hip-hop, R&B and pop music into one small bundle of fun.

In our conversation, Jeff Tweedy talks about the origins of Wilco's latest album. It began with him and drummer Glenn Kotche. Jeff would bring demos of him on acoustic guitar with a drum machine to the studio. And "to make the drum machine not sound like a stupid rhythm box drum machine," Jeff says, "we would really distort it, just completely obliterate the signal so that it would stop being a standard drum sequence. It would divide up the sound so much that it would actually start to have like splintered time divisions... ... and Glenn would take that fractured drum machine and then notate it and then play it on drums!"

The duo of drummer Rick Brown and guitarist Che Chen make music that sparks the same pleasure center as Tuareg musicians Tinariwen and Mdou Moctar. But these New York musicians are a bit noisier and sure pack a lot of punch for a duo.

I'd asked Jeff Tweedy to pick mostly contemporary songs he loves, but I also asked him to pick something from his childhood. As it turns out, he received my request on his father's birthday and it prompted this choice of Roger Miller's 1964 drinking hit, "Chug-A-Lug." "My dad was on my mind," says Jeff, "and thinking of the music my dad would play when I was a kid. Roger Miller was a big favorite. And it makes sense. It's a distilled version of my dad. Pun intended."