Accessibility links
The Birth Of Stan Culture : All Songs Considered Our series looking back at the past decade in music continues with a conversation about social media and how it's allowed (for better or worse) the rise of super fans, otherwise known as stans. 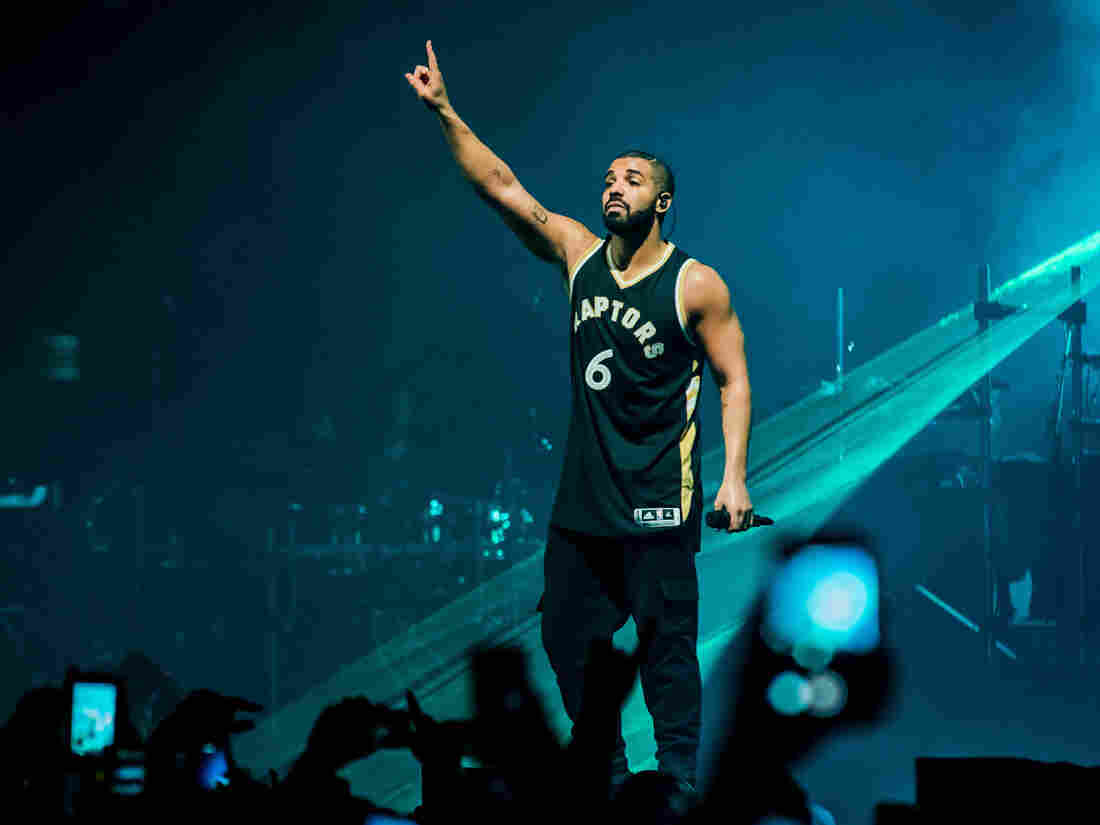 Drake performing at the 2015 OVO Festival at Molson Canadian Amphitheatre in Toronto, Canada. His now legendary beef that year with the rapper Meek Mill was waged over social media, fed in part by memes made by super fans or stans. George Pimentel/Getty Images hide caption

In the last 10 years, social media has reconfigured how we gain access to our favorite musicians. In the age of oversharing, platforms like Twitter, Instagram, Facebook, Bandcamp, GoFundMe and more have bridged the communication gap to make fans feel like they're constantly connected to the artists they love. That oversaturation and constant sense of connection has created a small social phenomenon known as "standom."

While some say the term is a combination of "fan" and "stalker," "stan" was first coined in 2000 when Eminem dropped a twisted allegory in a song called "Stan," about a man who was pushed to the edge when his idol wouldn't answer his fan mail. The word used to be synonymous with overzealous or obsessed. But nearly 20 years later, it's become a badge of honor for fans committed enough to show up and go all out for their favorite star on the Internet.

The most avid fan bases often have their own labels. Lady Gaga has her Little Monsters. Justin Bieber fans are Beliebers. Nicki Minaj has the Barbz. Beyonce has the BeyHive. And, if motivated enough, stans that congregate on social media actually can change the trajectory of their artist's path — and the life of anyone who stands in the way. This shift in power dynamics can even dictate what kind of music the artist makes, how they perform it and who gets to hear it. It's creating a feedback loop that can reward performative online personas more than genuine artistic vision.

On this episode of All Songs Considered, I spoke with NPR Music's Stephen Thompson and Ann Powers, and Joshua Bote of USA Today to track the timeline of standom in the last decade and explain examples of its peaks and pitfalls, from Amanda Palmer's fan-funded album to Weezer's fan-coaxed cover of "Africa," to Drake and Meek Mill's beef (hip-hop's first meme-annotated conflict). -- Sidney Madden