Accessibility links
In 'Tough Love,' Susan Rice Talks Of Balancing Career And Motherhood, Reflects On Benghazi "What bothers me more than anything is that we lost four Americans," the former U.N. ambassador says of the controversy surrounding Benghazi in an interview about her new memoir Tough Love. 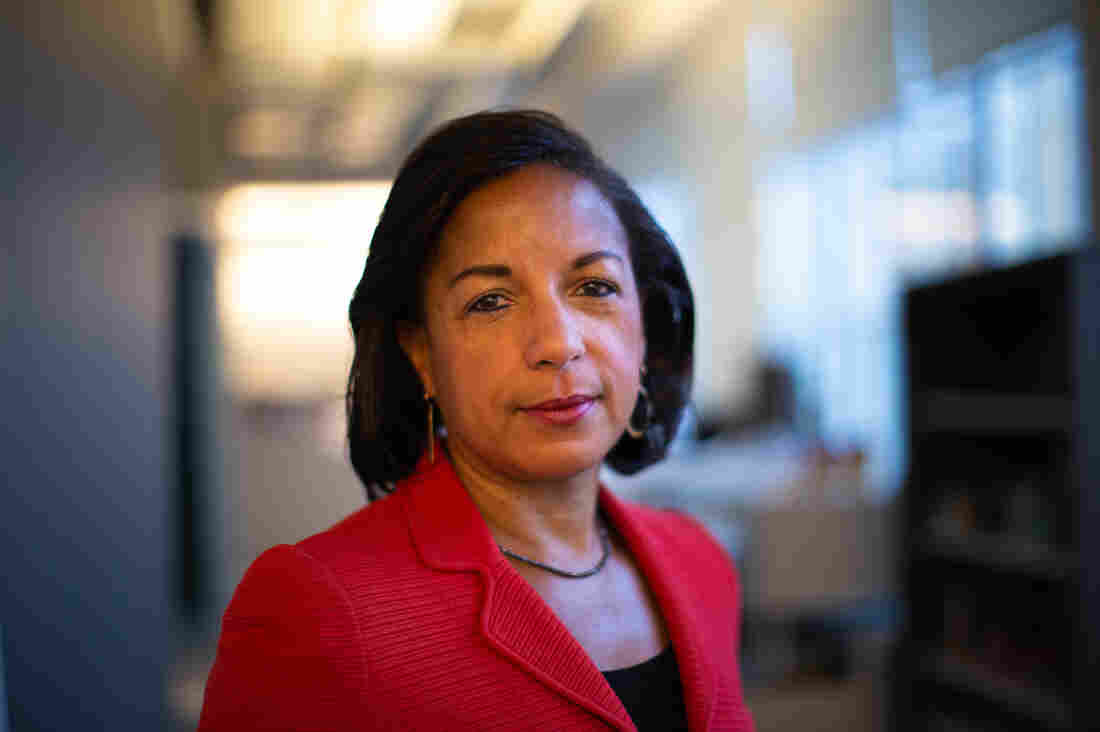 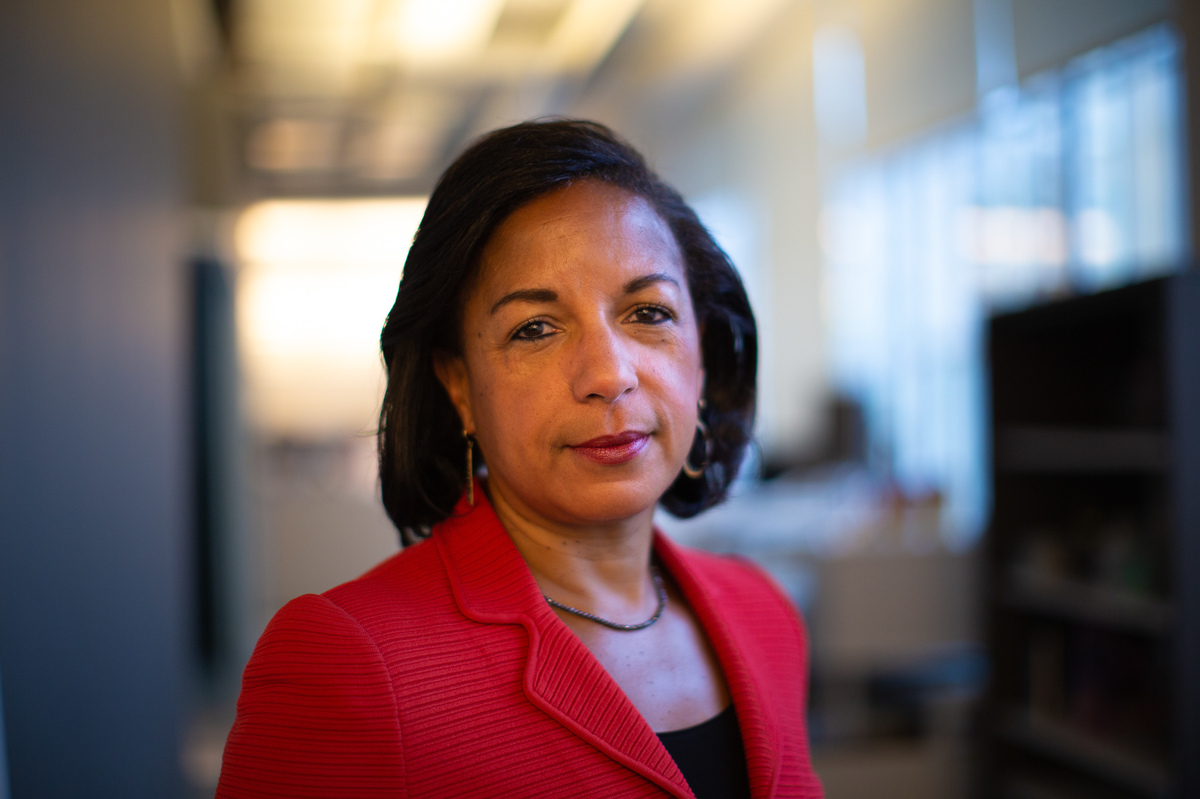 Looking back at more than 25 years in public service, Susan Rice — former U.N. ambassador for the United States and national security adviser to President Barack Obama — describes much of her career as a balancing act.

Sometimes, that meant toeing the line between her personal and professional life.

Other times, Rice had to balance her ambition with her identity as a person of color: At the age of 28, having just started her career in government, Rice turned down a position working on African policy for the Clinton administration out of fear of pigeonholing herself. She worried "this predominantly white national security establishment would see [her] as black, working on Africa and therefore not capable of, or suited to, do anything else."

Rice's new memoir, Tough Love: My Story of the Things Worth Fighting For, is filled with such stories: those of incredible opportunities, and of tough decisions. It spans not only many of the complex issues she faced in the Clinton and Obama administrations, but also the complexity of being an African American woman in government. 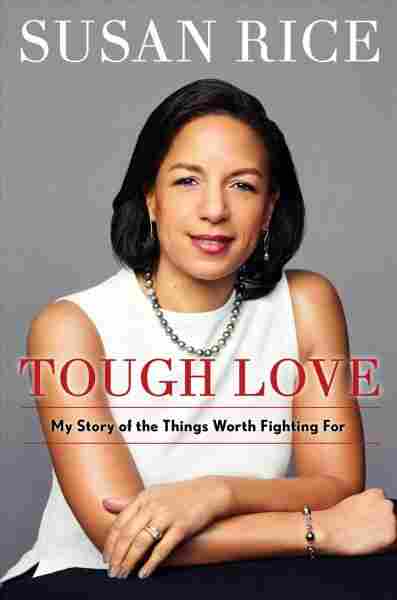 My Story of the Things Worth Fighting for

In her interview with Morning Edition, Rice shares intimate insights from her life, and from her career — from the fallout after Benghazi in 2012, to Russian interference in the 2016 election; from being one of the nation's youngest assistant secretaries of state, to reflections on the Trump administration.

On succeeding in a field dominated by white men

Well, as I write in the book, I was born and raised here in Washington D.C., and I was blessed by parents who had come from pretty limited, modest circumstances, and had risen to the top of their fields. My father, in the field of economics, became a governor of the Federal Reserve. My mother coming from Jamaican immigrants to Maine, rose to be a leader in the corporate world, and a person who was known as the mother of Pell Grants. So I was blessed to have parents who taught me from a very early stage that I could do what I set out to do.

And while I lived in a society, you know, having been born here in Washington in the 1960s, where clearly racism and prejudice were a major factor, they taught me in a very unusual way not to allow that to diminish my own sense of self. So whether I was a rare minority in a predominantly white elite girls school here in Washington D.C., or at Stanford or Oxford where I did my graduate studies, I was accustomed to not being in any way oblivious to the fact that I was a minority. I was very conscious of that, but I didn't allow it to diminish my sense of worth and my sense of commitment to doing my best.

And so by the time I went through all of that to get to the White House at 28 and start my first job in government, I felt as well-equipped as I could for anybody at that age, relatively young, to have that responsibility. And I have to say that even though it was, and is still, a predominantly male field — less so than it was some 25, 30 years ago in a very still white field — I was very fortunate to have mentors early in my career. People like Secretary of State Madeleine Albright, former national or security advisers Tony Lake and Sandy Berger, who took an interest in me. [I had] male and female mentors who helped me succeed.

On being a mother and working in government

That was part of what made my leadership role a bit unusual, because I wanted to continue to be able to breastfeed our baby as long as possible. And so I would bring him into the State Department at different times during the day, and feed. Or if I couldn't I would pump and store my breast milk. My now 22-year-old son, in fact, learned to walk in the halls of the State Department, pushing one of those little toys to help him build his skills. And so there were those who thought that that was a little bit inappropriate for the staid halls of the State Department. ...

But the fact of the matter is I was fortunate in that context. The secretary of state was Madeleine Albright, the first female secretary of state, somebody I've known for years who was very supportive not only of me personally, but of my effort to be a mother and be in that role at the same time. And my senior colleagues who worked most closely with me in the front office of the Africa bureau were all extraordinary as well.

On resisting being pigeonholed early in her career

Well I was concerned, back even at that early age of not quite 28, that as an African American woman entering the field of national security and foreign policy for the first time, that if I accepted a job in African policy at that stage without having demonstrated my ability to work on a wider range of issues, I feared, I think legitimately, ... that I might well get pigeonholed in Africa. That people in this predominantly white national security establishment would see me as black working on Africa — and therefore not capable of, or suited to do, anything else. And I made that choice. Looking back on it, it was quite a bracing thing to do to turn down at that age a substantive policy job.

On being criticized for Benghazi

What bothers me more than anything is that we lost four Americans. And [Ambassador] Chris Stevens was a colleague, and a friend of mine. And in the subsequent politicized controversy, both over what I said, and the fact that while most of what I shared at the time turned out to be factual, in one important respect it was wrong. And we learned that subsequently. I was accused of lying, of being incompetent, untrustworthy. And then subsequently, Secretary Clinton and many others were raked over the coals for various aspects of Benghazi ...

What troubles me the most is that all of these political issues — which certainly merit investigation and they were investigated eight times by eight committees — overshadowed the loss of these four Americans. And the focus shifted to a political "gotcha" game, rather than the fact that we had dedicated public servants who gave their lives in a terrorist attack. And the issue is how do we prevent that in the future? And what do we, what did we learn from it?

More importantly as we look to the region beyond — Chris Stevens gave his life to help Libya achieve some degree of unity and freedom in the wake of [former dictator Moammar] Gaddafi — Washington lost interest in Libya after that to a large extent.

On not regretting Libya involvement

I personally don't think it was the wrong decision. Because we were able to save tens of thousands of innocent lives that were literally about to be lost in Benghazi. And we were able to do that with a very relatively modest expenditure of U.S. effort and resources. We didn't lose, thankfully, a single American military soldier or airmen.

We didn't have to deploy forces on the ground. It was a mission that we were able to carry out substantially if not entirely through air power, in conjunction with our NATO allies. So we had a coalition with us. So I don't personally regret the decision to do it. I regret to some extent that in the aftermath we weren't able as an international community led by the United States to sustain sufficient focus and attention, which might have made a difference in the aftermath.

On predicting the presidency of Donald Trump in 2015

We were in Alaska, on a visit focused on climate change. And we were just having a relaxed discussion, bantering about politics and current events. And I ventured the argument that I could see Donald Trump winning the Republican nomination. At that point I was not suggesting he would win the presidency, but just that I could see a path by which he could get the nomination and this was Aug. 7, 2015. So very much early in the process. ...

But I still thought that there was a possibility he could gain the nomination and what was notable about the dinner was everybody else. Those were the political experts around the table [saying], "No, no, no there's no way that's gonna happen. No, no, no." I was almost shouted down. And so being the national security adviser, the apolitical person at the table, I decided to stand corrected by those who knew better than I. And I wish I'd been wrong.

Andee Tagle and Vincent Acovino produced this piece for the web.