Accessibility links
Trump To Honor Ed Meese, Close Adviser To Reagan Who Left Under Ethics Cloud Edwin Meese III was part of Ronald Reagan's surge among "movement conservatives" who strove to rebuild the Republican Party after its disastrous defeat in the presidential election of 1964. 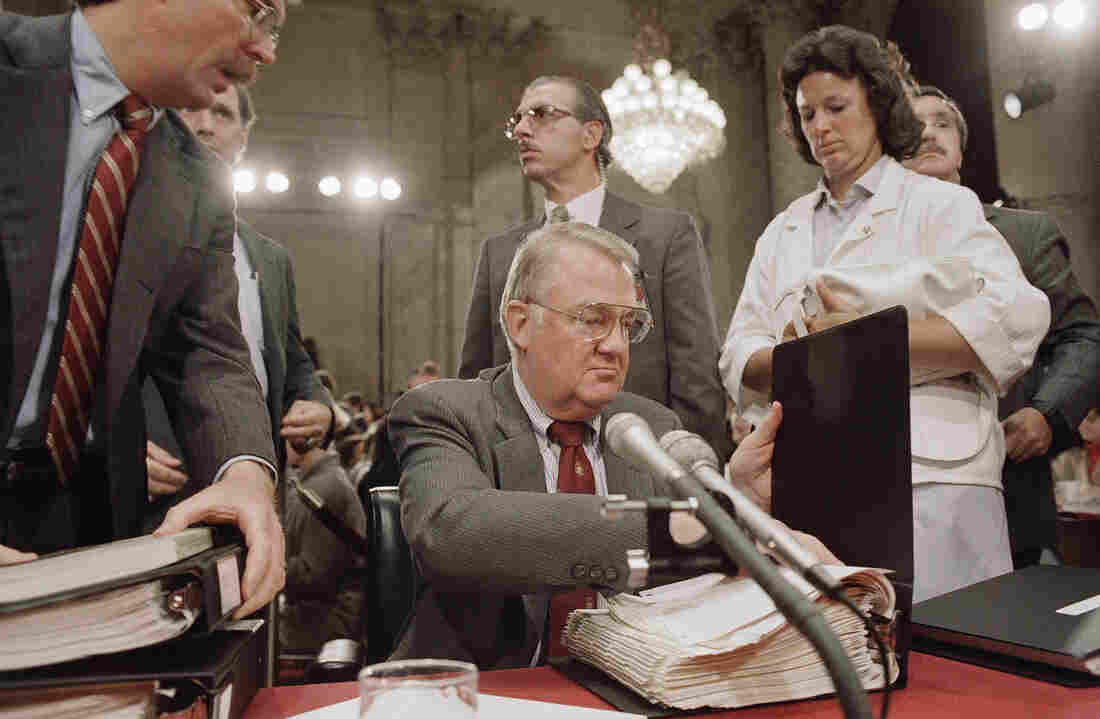 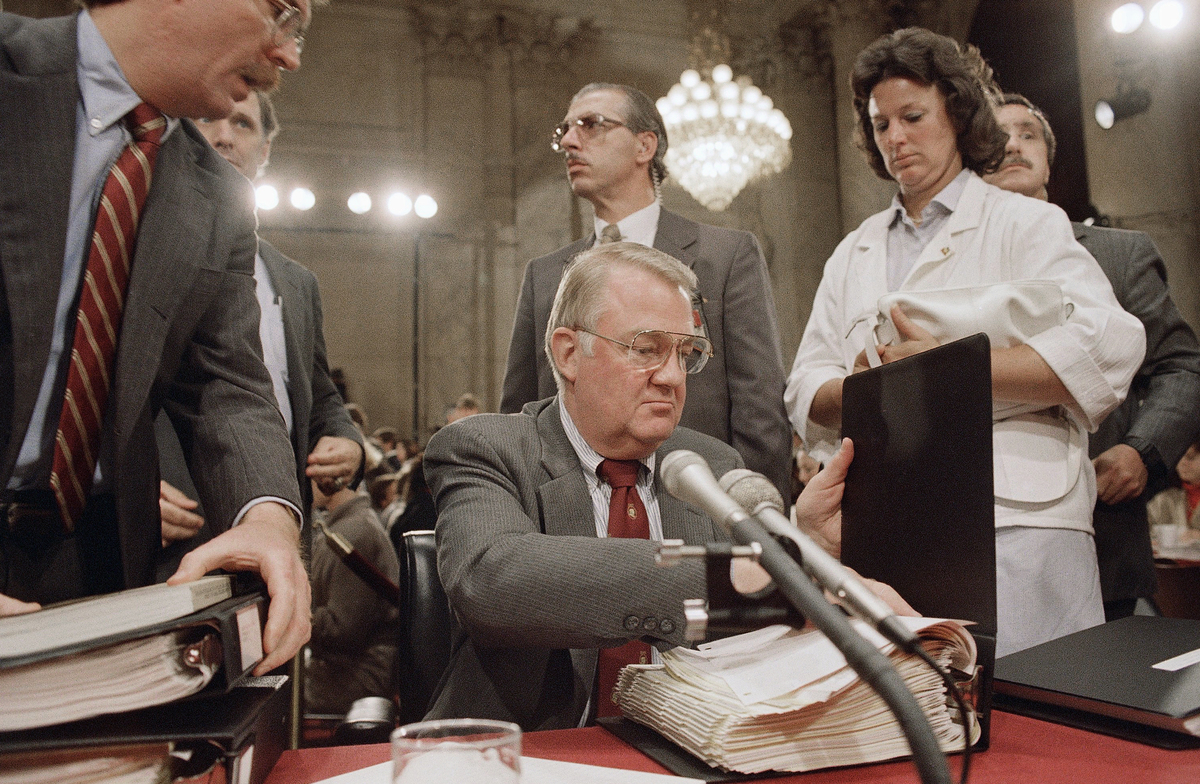 President Trump will present the Medal of Freedom, the nation's highest civilian honor Tuesday, to a former top aide to President Ronald Reagan who has been a stalwart of the conservative movement for the past half-century.

Edwin Meese III, always known as Ed, is a native Californian and a living reminder of the time when the Republican Party counted on the Golden State as the cornerstone of its Electoral College majorities.

In the 30 years since he resigned under fire as Reagan's second attorney general, Meese has been associated with many of the leading conservative think tanks and foundations – including the Heritage Foundation and the Hoover Institution. But at 87, his place in history still depends on his personal relationship with the former Hollywood actor who became the nation's 40th president.

Ethics Watchdog Has Big Impact On Federal Workers, But Not On Trump

Meese was part of Reagan's conservative surge in the Republican Party of the mid-1960s "movement conservatives" who strove to rebuild the party after its disastrous defeat in the presidential election of 1964. Reagan's election as governor of California in 1966 signaled the party's comeback and pointed the way toward its rightward shift.

Meese was Gov. Reagan's legal secretary, then his executive assistant and finally chief of staff. He was a close confidante at some of Reagan's stormiest moments, as when his crackdown turned deadly during the People's Park protests in Berkeley, Calif., in 1969.

In the mid-1970s, Meese returned to private practice and taught law school until Reagan's 1980 campaign for president stumbled in the early going. Meese came aboard to run the daily campaign functions, and Reagan was soon the party front-runner again.

When Reagan became president, Meese ran the transition team and then became part of a triumvirate running the White House. His title was Counselor to the President, with full Cabinet rank and membership on the National Security Council. He also served as a frequent ambassador to evangelicals and other conservatives on social issues.

Meese was on hand for the successes of Reagan's first term, then prepared to leave the White House in 1984 to be attorney general. But it took a year, and Reagan's landslide re-election, before the Senate finally confirmed his appointment. Meese was accused of unethical conduct in office at the time, and a report by the onetime Watergate prosecutor Archibald Cox cited him for "blindness to the abuse of position."

Further allegations followed. He was investigated for his role in helping the Bechtel Corp. build a pipeline from Iraq to Jordan. His actions on behalf of the Wedtech Corp. were also the subject of an independent counsel's probe. Although never indicted for anything, Meese resigned as attorney general when the independent counsel's critical report was filed in 1988.

He also was in the middle of the Iran-Contra affair, a scandal involving weapons sales to Iran and then the money from those sales was used to fund anti-communist Contra rebels in Nicaragua.

As Brown University noted, "Meese was investigated for his involvement in the cover-up of the scandals, namely for allegedly focusing more on limiting the damage to President Reagan than on his ostensible purpose of trying to investigate what had transpired."

After leaving government service, Meese became an enduring symbol of the Reagan era and its aura, holding the Reagan Chair in Public Policy at the Heritage Foundation and serving as an officer of the Landmark Legal Foundation.

Meese's elevation to this degree of national honor may raise some eyebrows, given the manner in which he left the government 30 years ago. Others may speculate that Trump is honoring Meese to please those in the conservative community who have doubted Trump's ideological bona fides. Meese has never given anyone cause to doubt his ideological bona fides.

Meese's early life and education exemplified the ambitious young man who rose from the middle class to mingle with the country's most powerful people. He was born and raised in Oakland, Calif., the son of a county official who was also the lay leader of his local Lutheran church.

In high school, Meese focused on debate and was valedictorian of his class. He got a scholarship to Yale, where he continued his forensic exploits. He joined the Army as an officer after graduation and later got his law degree at the University of California, Berkeley. (He remained in the Army Reserve until he was 53, retiring as a colonel.)

After law school, Meese joined the Alameda (Oakland-Berkeley) district attorney's office, rising to the rank of deputy. As urban unrest grew in the 1960s, Meese and a close friend, Lowell Jensen, were deputy district attorneys taking a hard line on crime and political activism on the left, including toward student protesters in Berkeley and early manifestations of the Black Panther movement in Oakland. He also made contacts with state legislators of the era who introduced him to Reagan.