Accessibility links
Hong Kong's Leader Warns 'No Options Ruled Out' If Protests Continue Despite the veiled threat that China's military could intervene in the territory, Chief Executive Carrie Lam said she still believes that the people of Hong Kong "should find solutions ourselves." 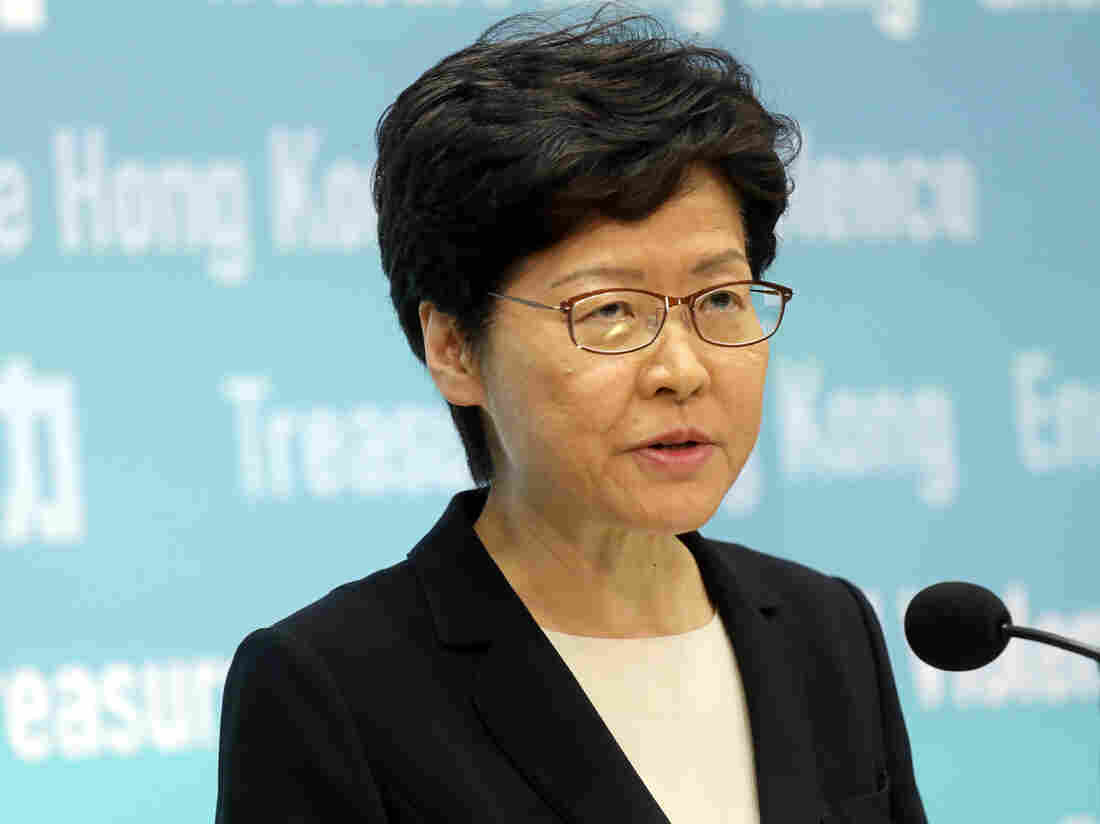 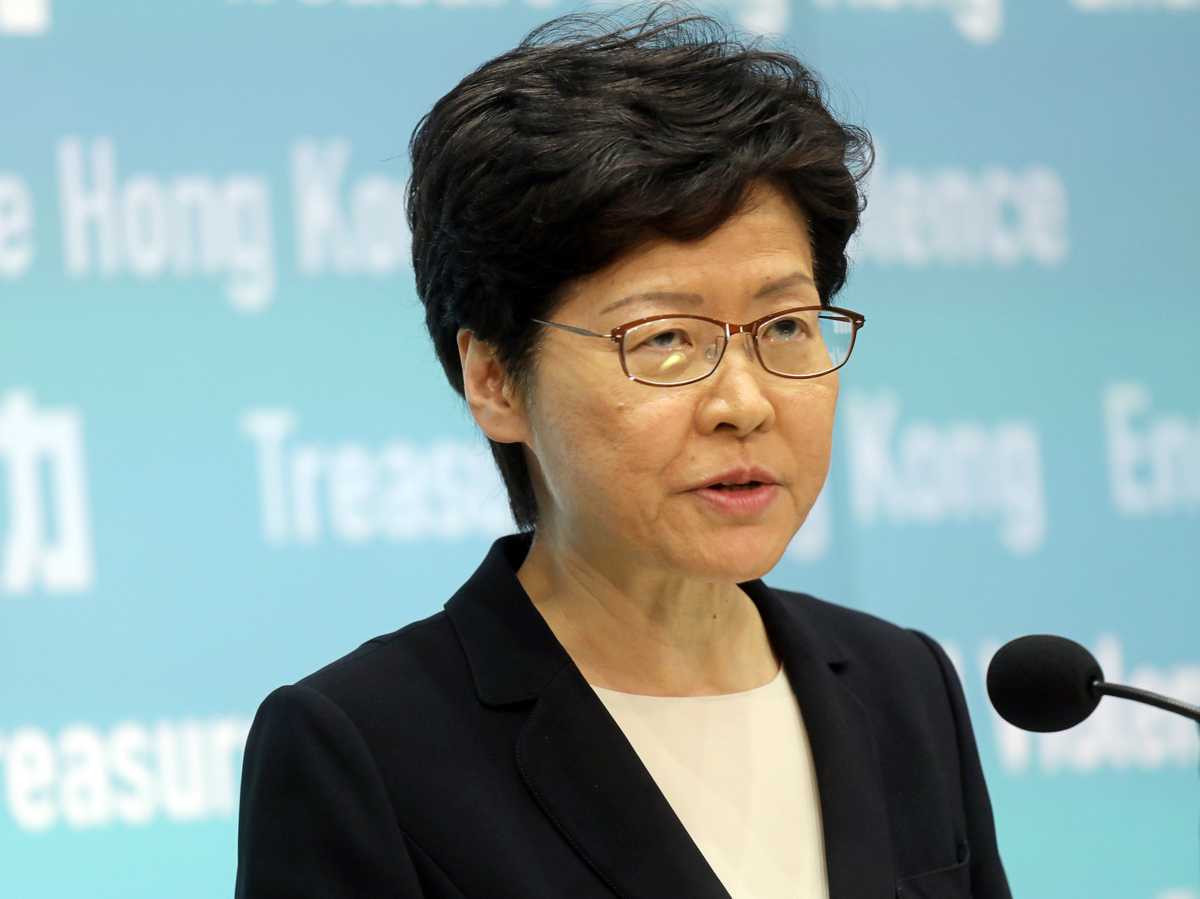 Chief Executive Carrie Lam said she still believes that the people of Hong Kong "should find solutions ourselves."

Hong Kong's leader has issued a veiled warning that Beijing could intervene with force to quell the territory's violent anti-government protests, but after months of unrest, she said she still believes "we should find solutions ourselves."

Chief Executive Carrie Lam spoke at a news conference on Tuesday days after invoking a colonial-era law to prohibit the wearing of face masks during protests, which are now in their 18th week. She said she has no plans to enact further emergency powers despite "limitless and lawless" acts of violence by demonstrators over the weekend.

"I still strongly feel that we should find the solutions ourselves," Lam said.

"That is also the position of the central government that Hong Kong should tackle the problem on her own but if the situation becomes so bad, then no options could be ruled out if we want Hong Kong to at least have another chance," she said.

Thousands of Chinese troops are stationed throughout Hong Kong but so far have not left their barracks, allowing instead the territory's police to put down the protests.

Although Lam's statement on Tuesday is the closest she's come in the weeks of protest to a direct warning about the possibility China could use force to restore order, a spokesman for Beijing's Hong Kong and Macau Affairs Office of the State Council has been less reticent. In August, Yang Guang issued a stark admonishment, saying China has "tremendous power" to put down the protests and that "those who play with fire will perish by it."

Most of the protesters have worn masks as a way to hide their identities from video surveillance cameras. Although the protesters appear to have almost universally ignored the anti-mask law put in place on Friday, Lam said it was too early to gauge whether the law would work.

"For any new ... legislation, it would take time for it to be effectively implemented," she said.

Hong Kong, a former British colony, was returned to China 22 years ago on a promise of "one country, two systems" that was to have granted it substantial control over its own affairs. However, protesters have accused Beijing of reneging on those promises.

The protests, which began peacefully in June, have increasingly become violent, with pro-democracy activists clashing with police, who have responded with tear gas and batons. One week ago, an officer shot and seriously wounded a protester.

The demonstrations began ostensibly as a protest against a law that would have allowed some in Hong Kong accused of crimes to be extradited to mainland China to face justice there. Although the controversial extradition bill has since been scrapped, the demands of the mostly student-led movement have expanded to include a freely elected legislature and the right to choose a replacement for Lam, who was appointed by Beijing. They are also demanding an independent inquiry into alleged police brutality in their handling of the protests.

The economy of Hong Kong, a vital international financial hub, has taken a beating during the months of protests, which have been exacerbated by the U.S.-China trade war.

CNN reported last week that during a private phone call in June between China's President Xi Jinping and President Trump, Trump had promised his administration would stay silent on the situation in Hong Kong as long as trade talks continued.

On Monday, however, Trump urged Xi to ensure a "humane solution" in the territory.