Accessibility links
Ukraine Scandal: Ambassador Gordon Sondland Blocked From Testifying Gordon Sondland, a Trump donor and Trump's ambassador to the European Union, was scheduled to be deposed by Congress for his role in the widening Ukraine scandal involving the president. 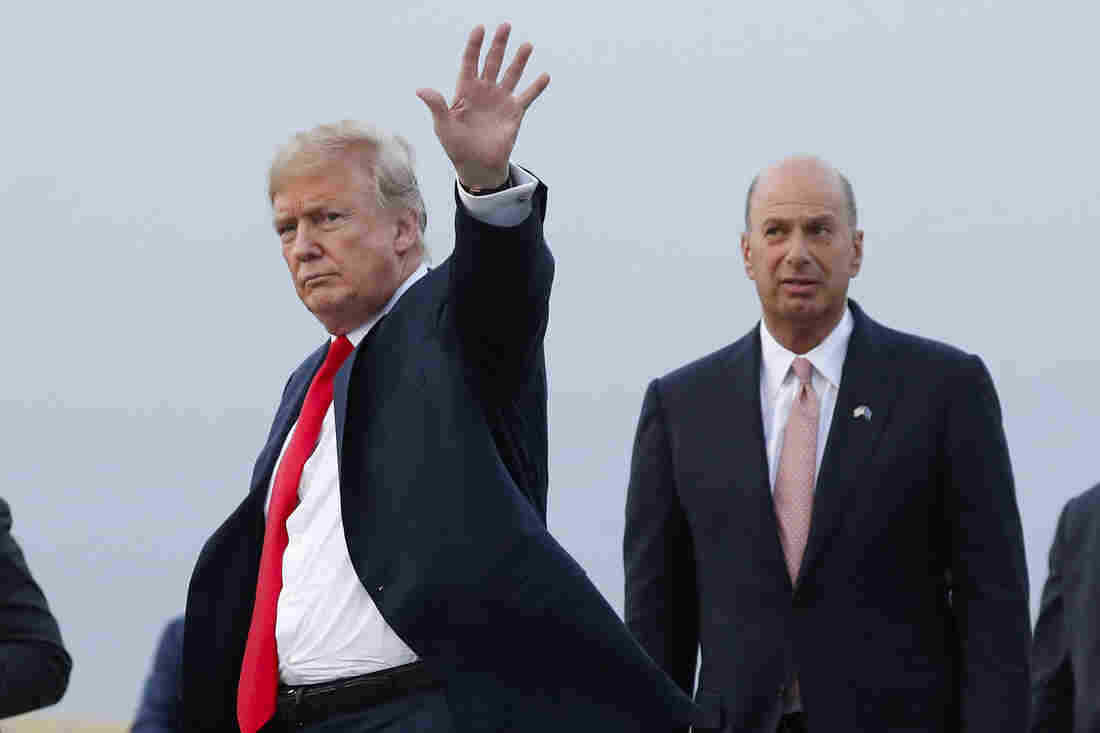 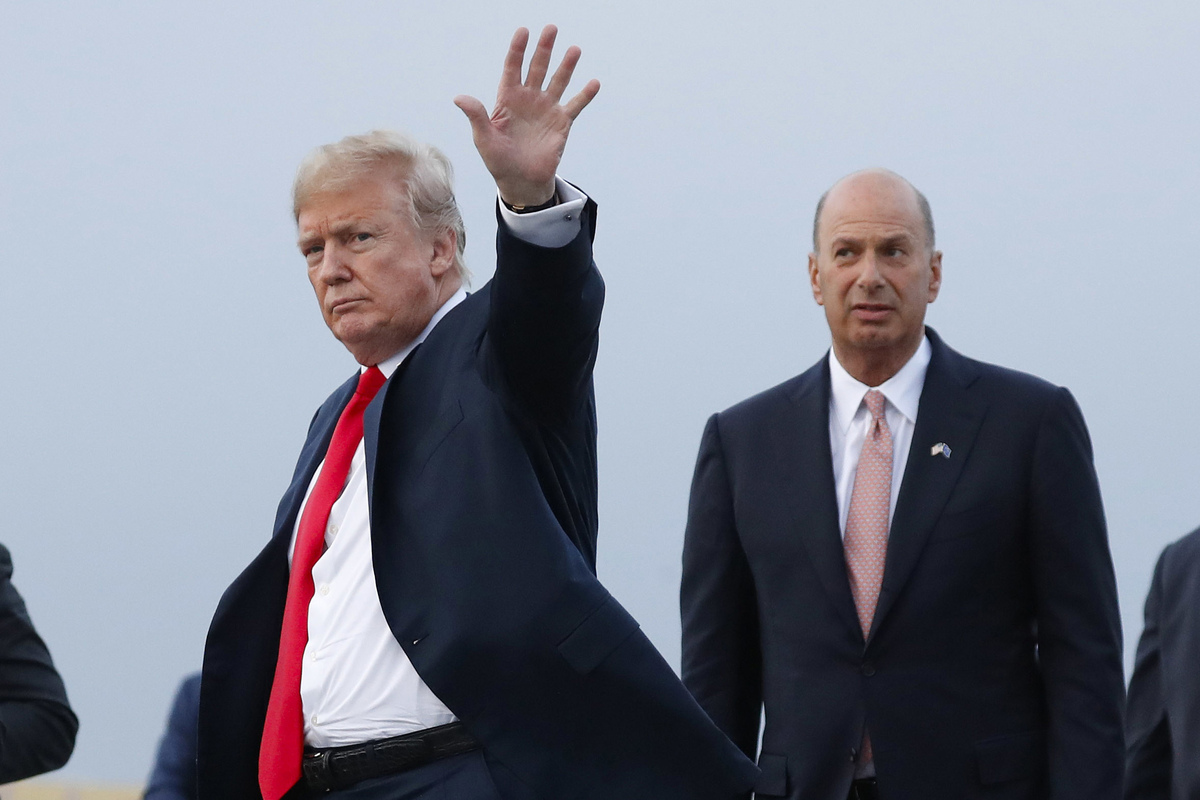 President Trump, joined by Gordon Sondland, the U.S. ambassador to the European Union, in Brussels, Belgium.

The Trump administration has blocked Gordon Sondland, President Trump's ambassador to the European Union, from testifying before Congress on Tuesday.

Sondland has been a key figure in the widening Ukraine scandal involving the president, members of his Cabinet and high-ranking diplomats.

"Early this morning, the U.S. Department of State directed Ambassador Gordon Sondland not to appear today for his scheduled transcribed interview before the U.S. House of Representatives Joint Committee," the law firm representing Sondland said in a statement. "Ambassador Sondland had previously agreed to appear voluntarily today, without the need for a subpoena, in order to answer the Committee's questions on an expedited basis. As the sitting U.S. Ambassador to the EU and employee of the State Department, Ambassador Sondland is required to follow the Department's direction."

How The U.S. Ambassador To The E.U. Is Wrapped Up In The Ukraine Controversy

How The U.S. Ambassador To The E.U. Is Wrapped Up In The Ukraine Controversy

The statement described Sondland as "profoundly disappointed" and noted that he traveled from Brussels to Washington for the testimony and to prepare.

"Ambassador Sondland believes strongly that he acted at all times in the best interests of the United States, and he stands ready to answer the Committee's questions fully and truthfully," the statement notes. "Ambassador Sondland hopes that the issues raised by the State Department that preclude his testimony will be resolved promptly. He stands ready to testify on short notice, whenever he is permitted to appear."

Shortly after the announcement that Sondland would not testify, President Trump said that while he would "love" for Sondland to testify, it would be "before a totally compromised kangaroo court."

He also highlighted one of the text messages Sondland sent, part of the package of texts that are at the center of the controversy surrounding the Ukraine scandal, in which the ambassador seems to back Trump's actions.

....to see. Importantly, Ambassador Sondland’s tweet, which few report, stated, “I believe you are incorrect about President Trump’s intentions. The President has been crystal clear: no quid pro quo’s of any kind.” That says it ALL!

House Intelligence Committee Chairman Adam Schiff said Tuesday morning that he considers the blocking of Sondland's testimony and release of documents that Democrats are seeking to be "additional strong evidence of obstruction of the constitutional functions of Congress."

He added, "We will consider this act today ... to be further acts of obstruction of a co-equal branch of government."

Sondland, a Trump donor rewarded with a plum ambassadorship, has become embroiled in the Ukraine controversy after text messages emerged showing Sondland and other high-ranking diplomatic officials discussing Ukraine, military aid to that country and investigations of the 2016 election.

Bill Taylor, the senior U.S. diplomat in the Ukrainian embassy, said in one text to Sondland on Sept. 1:

"Are we now saying that security assistance and WH meeting are conditioned on investigations?"

Half an hour later, Sondland replied:

"As I said on the phone, I think it's crazy to withhold security assistance for help with a political campaign."

This time, it took Sondland five hours to reply, and this time texted:

"Bill, I believe you are incorrect about President Trump's intentions. The President has been crystal clear no quid pro quo's of any kind. The President is trying to evaluate whether Ukraine is truly going to adopt the transparency and reforms that President Zelensky promised during his campaign I suggest we stop the back and forth by text If you still have concerns I recommend you give Lisa Kenna or S a call to discuss them directly. Thanks."