Accessibility links
NBA Defends 'Freedom Of Speech' For Employees As China Moves To Block Games "The long-held values of the NBA are to support the freedom of expression," NBA Commissioner Adam Silver says, after the league was criticized for its response to a tweet about Hong Kong. 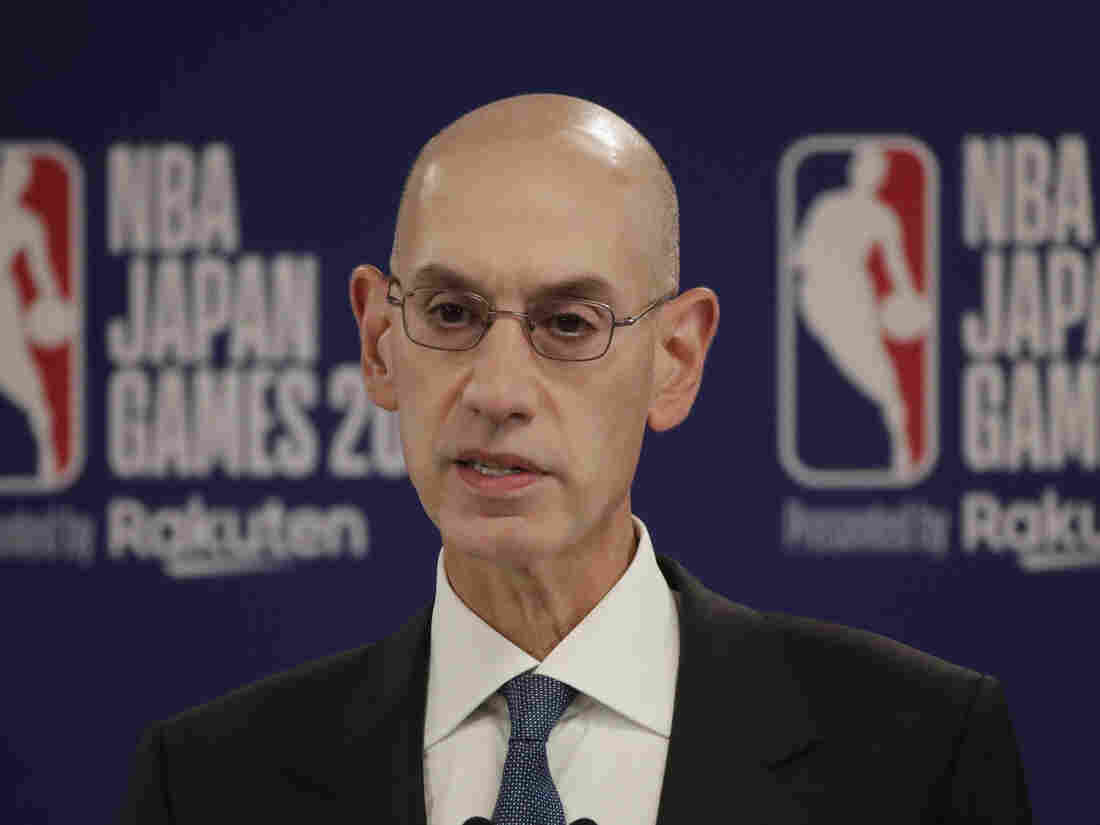 NBA Commissioner Adam Silver speaks at a news conference before an NBA preseason basketball game between the Houston Rockets and the Toronto Raptors Tuesday, in Saitama, near Tokyo. Jae C. Hong/AP hide caption 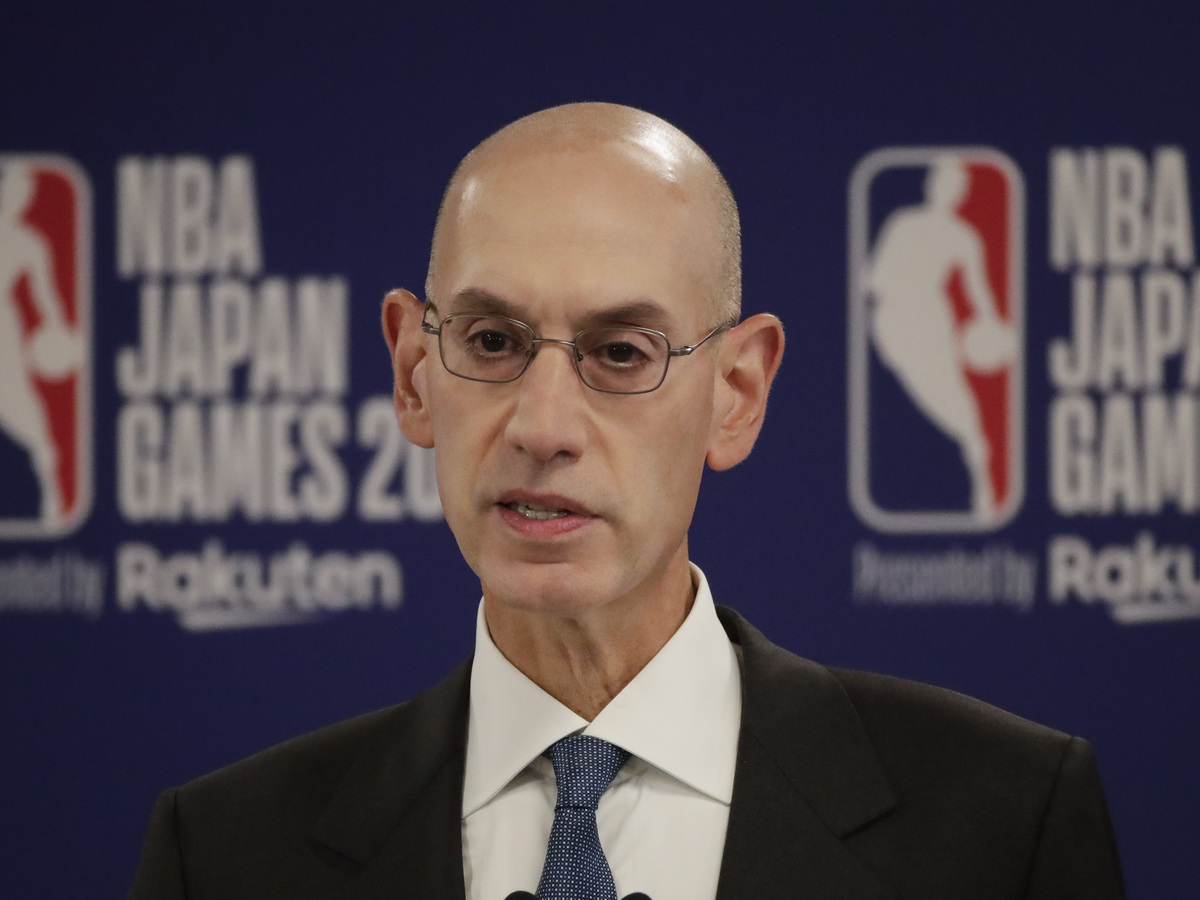 NBA Commissioner Adam Silver speaks at a news conference before an NBA preseason basketball game between the Houston Rockets and the Toronto Raptors Tuesday, in Saitama, near Tokyo.

NBA Commissioner Adam Silver is affirming the league will not censor players or front-office personnel, saying "freedom of expression" is paramount for the league, which has been criticized for its response to an employee's tweet about pro-democracy protests in Hong Kong.

Silver says the NBA is not apologizing for a now-deleted tweet from Houston Rockets General Manager Daryl Morey that thrust the NBA into tumult over its business dealings in China in recent days.

"And in this case, Daryl Morey as the general manager of the Houston Rockets enjoys that right as one of our employees," Silver adds.

Morey said on Sunday that he didn't mean to offend anyone with his tweet expressing support for mass protests in Hong Kong. The tweet was quickly deleted after it was sent out on Friday but not before it attracted widespread attention in both China and the U.S.

But on the same day Morey spoke out, the Chinese Basketball Association, run by former Houston Rockets center and NBA Hall of Famer Yao Ming, suspended business dealings with the Rockets franchise.

And as NPR's Scott Neuman reported, "Tencent, a media partner of the NBA in China with a five-year streaming deal worth $1.5 billion, and China's state television also said they wouldn't be airing Rockets games."

Initially the NBA and other Rockets officials attempted to distance themselves from Morey's tweet. This includes a statement by NBA spokesperson Mike Bass saying the league was aware Morey's comments "have deeply offended many of our friends and fans in China, which is regrettable."

But critics are also taking issue with the NBA over its message, saying the league put out a separate statement in Mandarin that some bilingual speakers argue went further than the one in English and seemed to apologize on Morey's behalf.

An NBA spokesperson said, "We have seen various interpretations of the translation of the Mandarin version, but our statement in English is the league's official statement."

Ahead of Silver's speech in Japan on Tuesday, the league's response was seen as inadequate by many in both Western and Eastern hemispheres.

Critics in the U.S. are accusing the NBA of prioritizing profits over principles. And critics in China also cried foul, saying the league is being insensitive in handling a politically divisive issue.

All of this forced the NBA commissioner to put out another statement Tuesday ahead of his press conference, hoping to placate people who were "left angered, confused or unclear" by the league's earlier response.

Silver clarified that the NBA will not begin "regulating what players and team owners say."

What is less clear is what impact the controversy may have on the future of the league's expansion into one of its most important international markets.

"We will have to live with those consequences," Silver said of any potential repercussions. "It's my hope that for our Chinese fans and our partners in China, they will see those remarks in the context of now a three-decade, if not longer, relationship. "

In addition to the Chinese actions against the Rockets, China's state broadcaster CCTV has announced it won't air games between the Los Angeles Lakers and Brooklyn Nets scheduled to tipoff in two games this week beginning Thursday, The Associated Press reports.

"Basketball is wildly popular in China and those two teams — largely because of LeBron James starring for the Lakers and Chinese e-commerce giant Alibaba's co-founder Joe Tsai now owning the Nets — would have almost certainly been a huge television draw."

On Tuesday, China's CCTV also called for Rockets and Morey to "offer a sincere apology to the Chinese public."