Accessibility links
Blitzchung Banned From Hearthstone By Blizzard Following Hong Kong Comments The developer of World of Warcraft and Hearthstone said a player known as Blitzchung went over the line when he said, "Liberate Hong Kong, revolution of our times!" 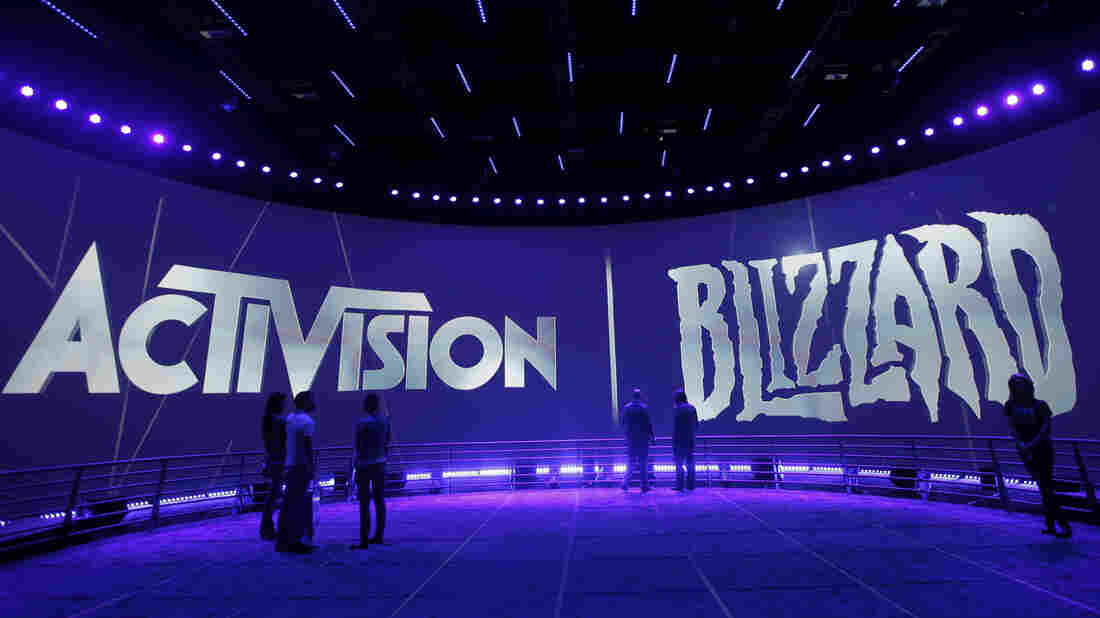 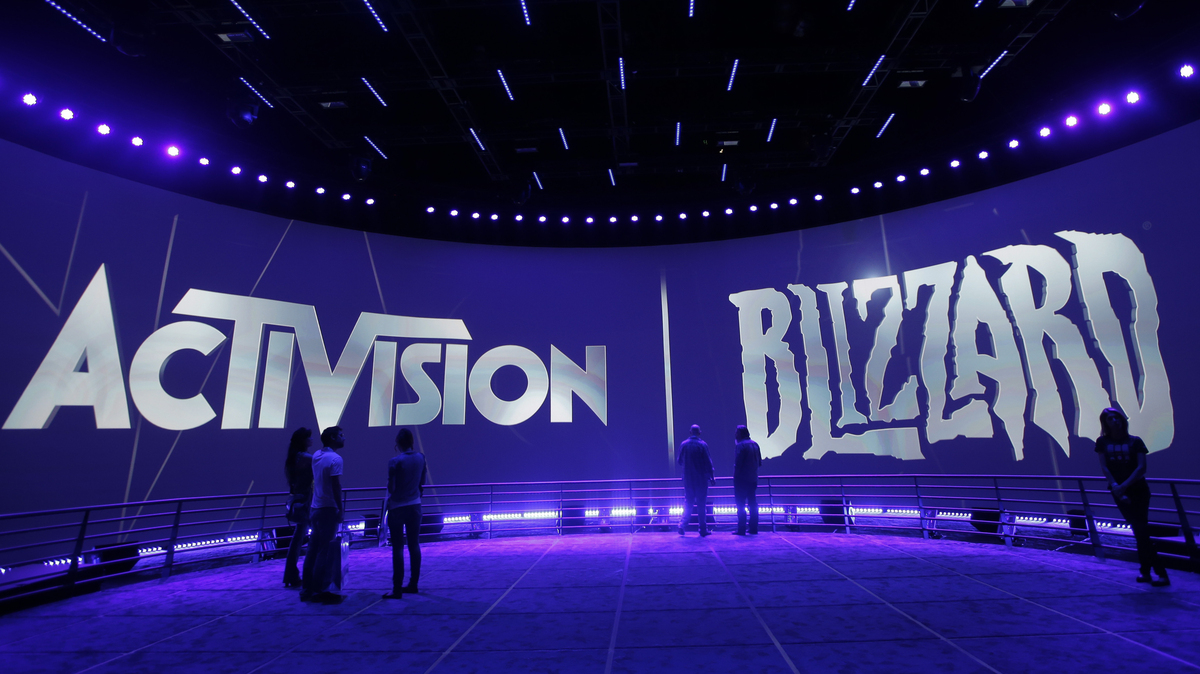 The Activision Blizzard Booth during the Electronic Entertainment Expo in Los Angeles.

Blizzard Entertainment, the game developer behind hugely popular titles such as World of Warcraft and Overwatch, has banned a professional esports player from competing and taken away his prize money after he expressed support for Hong Kong's protest movement.

Ng Wai Chung, who lives in Hong Kong and plays under the name Blitzchung, is one of the top players in the Asia-Pacific region for the online card deck game Hearthstone.

Blitzchung made the comment on an official Hearthstone broadcast on Twitch, the video streaming platform, after his last game in the 2019 Hearthstone Asia-Pacific Grandmasters Tournament.

Blitzchung wore a gas mask and dark goggles during that interview last Sunday, evoking the gear activists have worn during months of street protests. Toward the end of the segment, he shouted the popular protest chant, "Liberate Hong Kong, revolution of our times!"

In an announcement released Tuesday, Blizzard Entertainment said the player's statement violated a tournament rule that prohibits any acts that "brings you into public disrepute, offends a portion or group of the public, or otherwise damages Blizzard image [sic]."

Blitzchung, a Hong Kong native who started playing Hearthstone in 2015, was banned from participating in Blizzard esports for a year. He told several media outlets that his tournament winnings, said to be $10,000, have been rescinded. Blizzard also announced they will no longer work with the two Taiwanese streamers who interviewed the esports player on Twitch.

After his punishment was announced, Blitzchung spoke to his fans on his personal Twitch account.

"Today I lost Hearthstone, it's only a matter of four years," he said, referring to his years playing the game. "But if Hong Kong lost, it's a matter of a lifetime."

The gaming community has largely denounced Blizzard's actions, accusing the California company of caving in to China. Some of them also note that Tencent Holdings Limited, a Chinese conglomerate, owns a 5% stake in Blizzard's parent company.

I played hearthstone for a few years but I have just uninstalled it. Bye Blizzard. #StandWithHongKong pic.twitter.com/M3bNGu3Wfq

Hearthstone is not the only piece of pop culture embroiled in Chinese political controversy. Yesterday, South Park was scrubbed clean from Chinese internet after the episode "Band In China" criticized the communist government's censors.

Trey Parker and Matt Stone, the creators of the animated show, responded to the ban with a faux apology.

"Like the NBA, we welcome Chinese censors into our homes and into our hearts. We too love money more than freedom and democracy," Parker and Stone wrote. "Xi doesn't look just like Winnie the Pooh at all. Tune into our 300th episode this Wednesday. Long live the Great Communist Party of China! May this autumn's sorghum harvest be bountiful."

Parker and Stone's comment referred to yet another Hong Kong-related controversy, which surrounds Daryl Morey, the Houston Rockets' general manager. Morey posted and quickly deleted a tweet supporting Hong Kong protesters, prompting the Chinese Basketball Association to announce it will suspend cooperation with the Rockets.

After the team's owner and an NBA spokesman denounced Morey's statement — prompting a separate backlash in the U.S. — the league's commissioner clarified Tuesday that the NBA supports free speech.

As part of the fallout of that controversy, Tencent — which is a media partner of the NBA in China with a deal worth $1.5 billion — said they won't be airing Rockets games.

NPR's Jingnan Huo contributed to this report. Paolo Zialcita is an intern on NPR's News Desk.