Accessibility links
Dallas Police: Key Witness In Guyger Trial Was Killed In Drug Deal That Turned D Police say three suspects were involved in the killing of Joshua Brown. One suspect is in police custody and authorities are looking for the two others — whom they consider armed and dangerous. 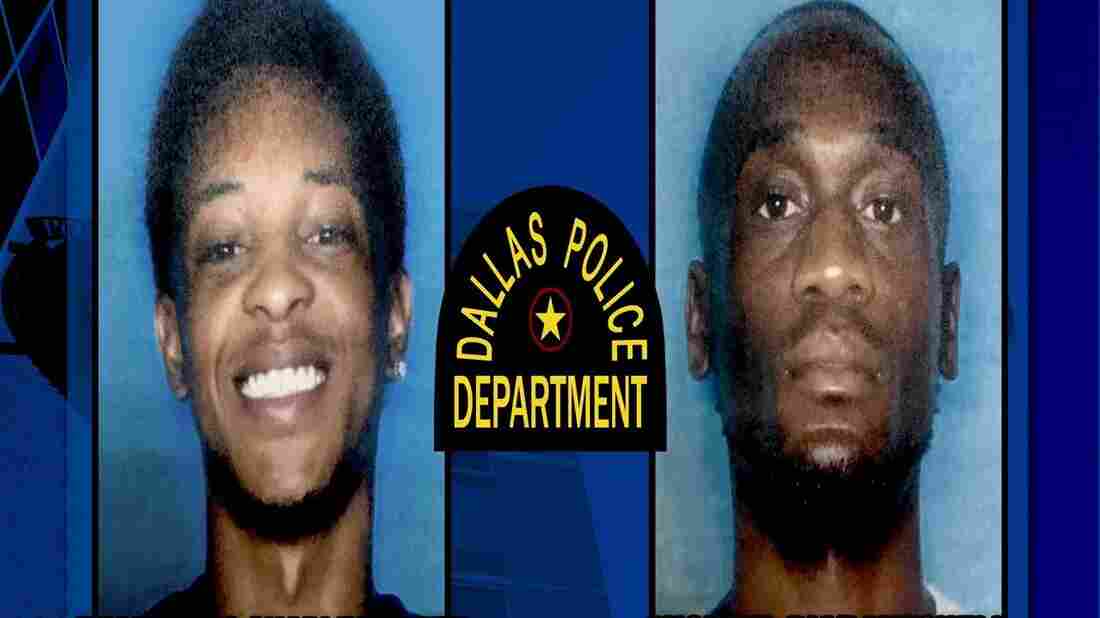 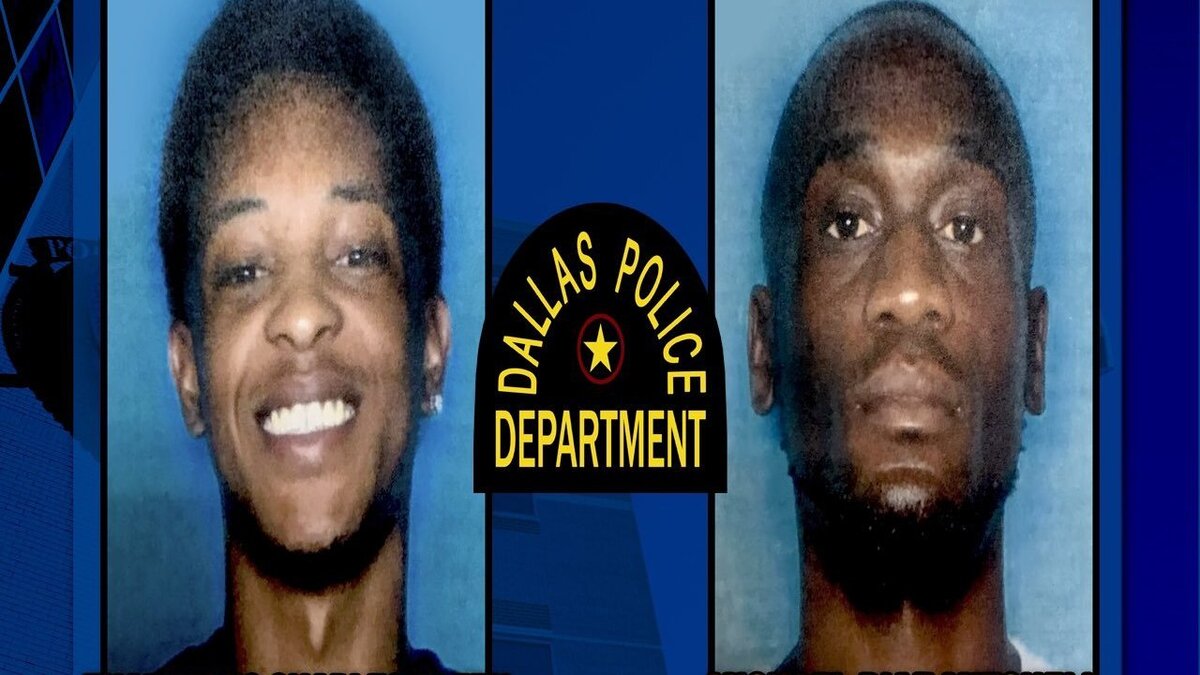 Dallas police are seeking Thaddeous Green (left) and Michael Mitchell in connection with the killing of Joshua Brown — who testified in the recent Amber Guyger trial.

Three men from Louisiana are suspected of killing Joshua Brown in a drug deal that turned deadly, Dallas police said on Tuesday. Police have arrested one of the men and are searching for the other two.

Brown was found shot to death 10 days after he delivered emotional testimony in the trial of former Dallas police officer Amber Guyger, setting off speculation about whether his slaying was related to his appearance as a key witness in the high-profile murder trial.

Dallas Assistant Chief of Police Avery Moore said investigators believe that what really happened is that three men from Alexandria, La., met Brown in the parking lot of his Dallas apartment with the intention of buying drugs.

But the interaction quickly took a deadly turn after a disagreement morphed into a physical altercation, according to police. Moore said Brown fired at one of the three men — and then one of the trio returned fire and shot Brown twice in the lower body, killing him.

The rumors shared by community leaders that Mr. Brown’s death was related to the Amber Guyger trial and that DPD was responsible are false. We encourage those leaders to be mindful because their words may jeapordize the integrity of the city of Dallas and DPD. @ChiefHallDPD

Brown's death immediately made national headlines, coming less than a week after a jury sentenced Guyger to 10 years in prison for fatally shooting her upstairs neighbor Botham Jean, whose apartment Guyger said she mistakenly walked into, because she "feared for her life."

Brown lived on the same floor as Jean. He testified during the trial that he did not hear Guyger order Jean to put his hands up before shooting him, in testimony that supported prosecutors' theory and undercut Guyger's account.

Police say Thaddeous Green, 22, was the one who shot and killed Brown. Jacquerious Mitchell, 20 was allegedly shot by Brown and was hospitalized. Michael Mitchell, 32, was driving the trio's vehicle.

Jacquerious Mitchell is now in police custody. Both Green and Michael Mitchell — who is Jacquerious' uncle — have fled and are being sought by investigators.

In the days since Brown's mysterious death sparked widespread rumor, a lawyer representing Brown and other community leaders have said they are not willing to definitively rule out the involvement of Dallas police, a theory that Moore finds not only sinister but completely bogus, he told reporters.

"I assure you that is simply not true. I encourage those leaders to be mindful of their actions moving forward because their words have jeopardized the integrity of the city of Dallas as well as the Dallas police department," Moore said in a news conference on Tuesday.

Police said they executed a search warrant in Brown's Dallas apartment and recovered 12 pounds of marijuana, 149 grams of THC cartridges and more than $4,000 in cash.

As Dallas police announced their latest findings, the Brown family's attorney, Lee Merritt, renewed his calls for an outside law enforcement agency to take over the probe into his client's death.

"The reliability of any arrest/prosecution will be undermined by their involvement," Lee tweeted on Tuesday, referring to the city's police force.