Accessibility links
Trump Impeachment Inquiry: Administration Says It 'Cannot Participate' An eight-page letter from the White House to House leaders heightens the political and legal standoff between the two branches of government. 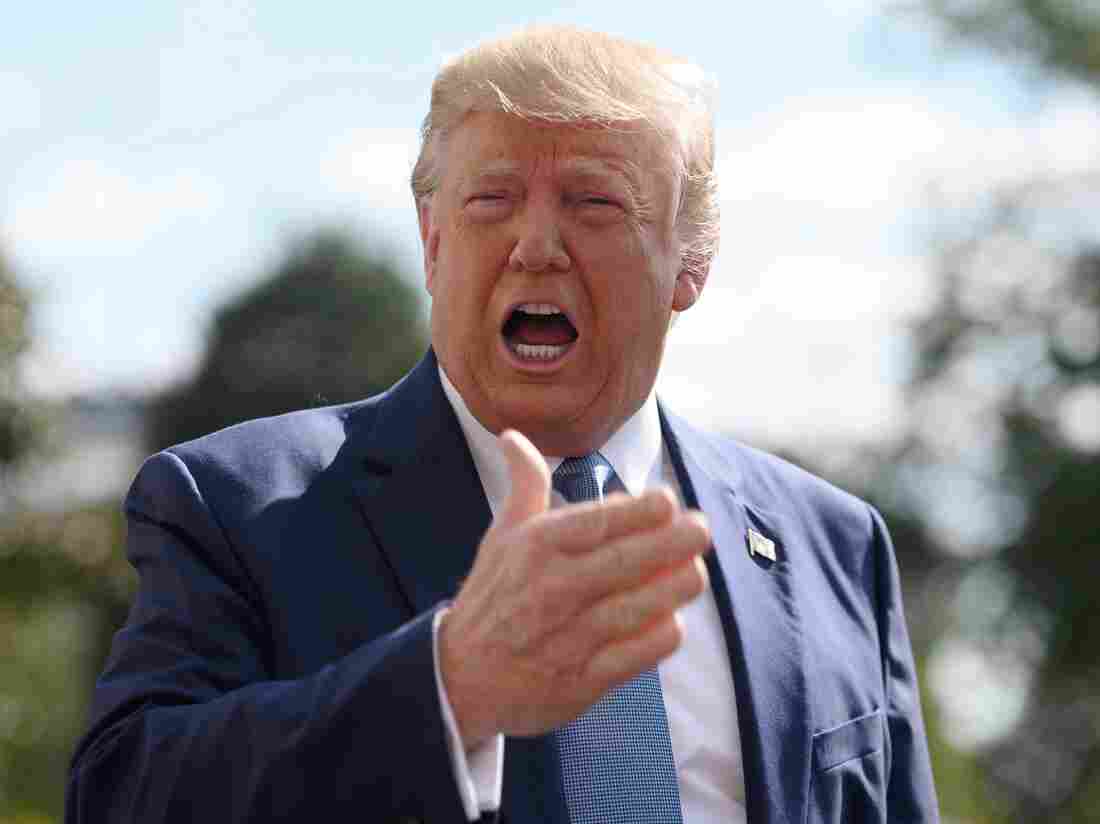 President Trump speaks to reporters outside the White House on Oct. 4. The White House sent a letter to House Democrats saying it would not cooperate with requests as part of their impeachment inquiry. Andrew Caballero-Reynolds/AFP via Getty Images hide caption 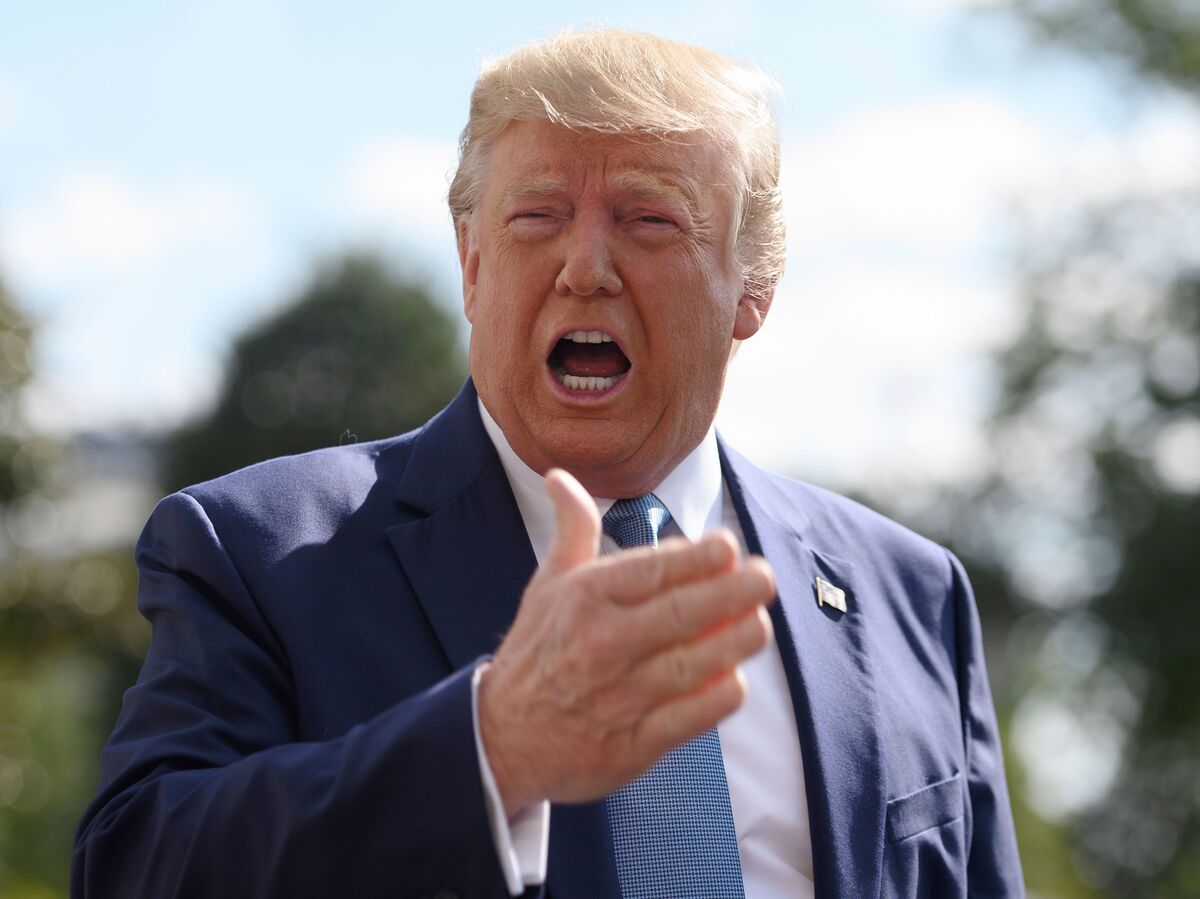 President Trump speaks to reporters outside the White House on Oct. 4. The White House sent a letter to House Democrats saying it would not cooperate with requests as part of their impeachment inquiry.

The White House will not participate in Congress' ongoing impeachment inquiry, it said Tuesday, stepping up a political and legal standoff between the executive and legislative branches of government.

Moreover, Cipollone argued that because there has been no formal vote to begin an impeachment inquiry, there is no official process underway and accordingly the administration is not required to comply.

"The White House should be warned that continued efforts to hide the truth of the President's abuse of power from the American people will be regarded as further evidence of obstruction," she said in a statement Tuesday night.

"Mr. President, you are not above the law. You will be held accountable."

Pelosi has said that an official vote is not necessary under House rules and the relevant House committees can continue their investigations under a banner of impeachment.

The president and the speaker have been trading arguments over these process questions since Friday, when Trump said he would memorialize his objections in the letter unveiled on Tuesday.

Now the White House has made clear that it believes no vote in the House means Republicans are being denied investigative and other powers to defend the president.

"Given that your inquiry lacks any legitimate constitutional foundation, any pretense of fairness, or even the most elementary due process protections, the executive branch cannot be expected to participate in it," Cipollone wrote.

"Because participating in this inquiry under the current unconstitutional posture would inflict lasting institutional harm on the executive branch and lasting damage to the separation of powers, you have left the president no choice."

Translation: no documents and no witnesses.

On a conference call with reporters, however, a senior administration official would not commit to cooperating with Democrats even if there were a formal vote.

House Intelligence Committee Chairman Adam Schiff, D-Calif., who has repeatedly drawn Trump's ire, tweeted that the letter shows that the White House thinks Trump "is above the law" but that "The Constitution says otherwise."

The White House says there is nothing wrong with pressuring a foreign government to intervene in a US election.

They say: they will not cooperate with an impeachment inquiry unless it’s on their terms.

They mean: the President is above the law.

The ambassador who wasn't there

The release of the letter followed the Trump administration's order blocking Gordon Sondland — the U.S. ambassador to the European Union — from testifying before Congress.

Trump wrote on Twitter that he wasn't going to subject Sondland to questions from a "kangaroo court," an allusion to what he called the unfairness of the process.

I would love to send Ambassador Sondland, a really good man and great American, to testify, but unfortunately he would be testifying before a totally compromised kangaroo court, where Republican’s rights have been taken away, and true facts are not allowed out for the public....

Congressional Democrats want answers about Sondland's and others' participation in the growing scandal over Ukraine and Trump's pressure on a foreign government to investigate his potential 2020 rival, former Vice President Joe Biden.

Later on Tuesday, House Democrats issued a subpoena to Sondland compelling him to testify next Wednesday, October 16, and produce requisite documents.

In a statement, White House press secretary Stephanie Grisham said that the effort by Democrats is "purely political" and "ignores the fundamental rights guaranteed to every American."

"These partisan proceedings are an affront to the Constitution—as they are being held behind closed doors and deny the president the right to call witnesses, to cross-examine witnesses, to have access to evidence, and many other basic rights," Grisham said.