Accessibility links
Turkish Forces Launch Military Attack Against Kurds At Syrian Border The incursion comes after the White House announced that U.S. forces would stand aside as Turkey launched the military operation in Northern Syria. 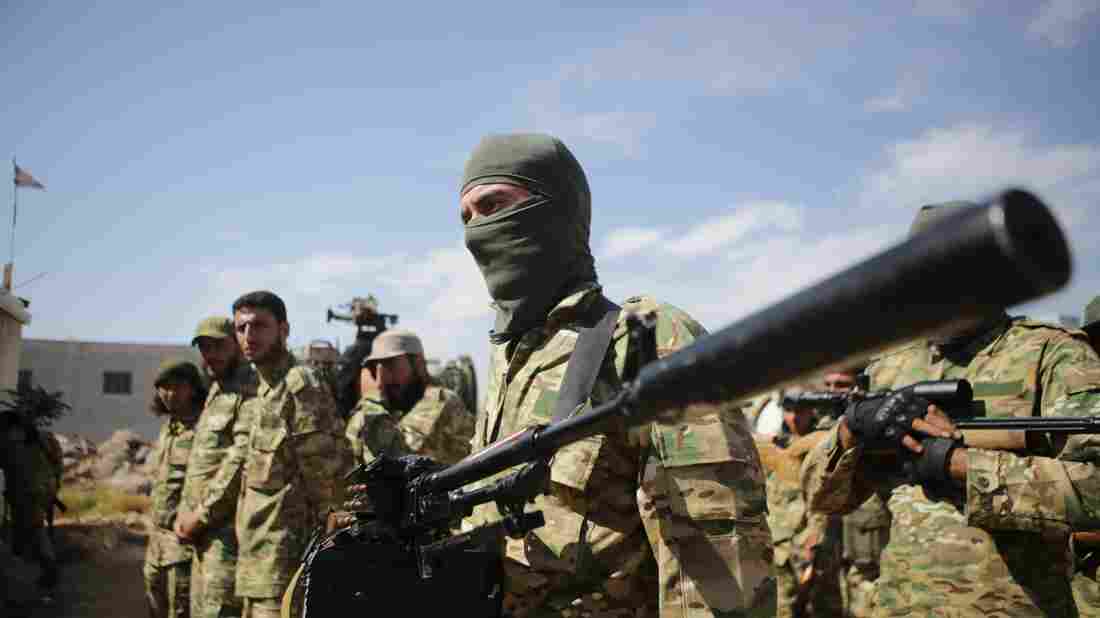 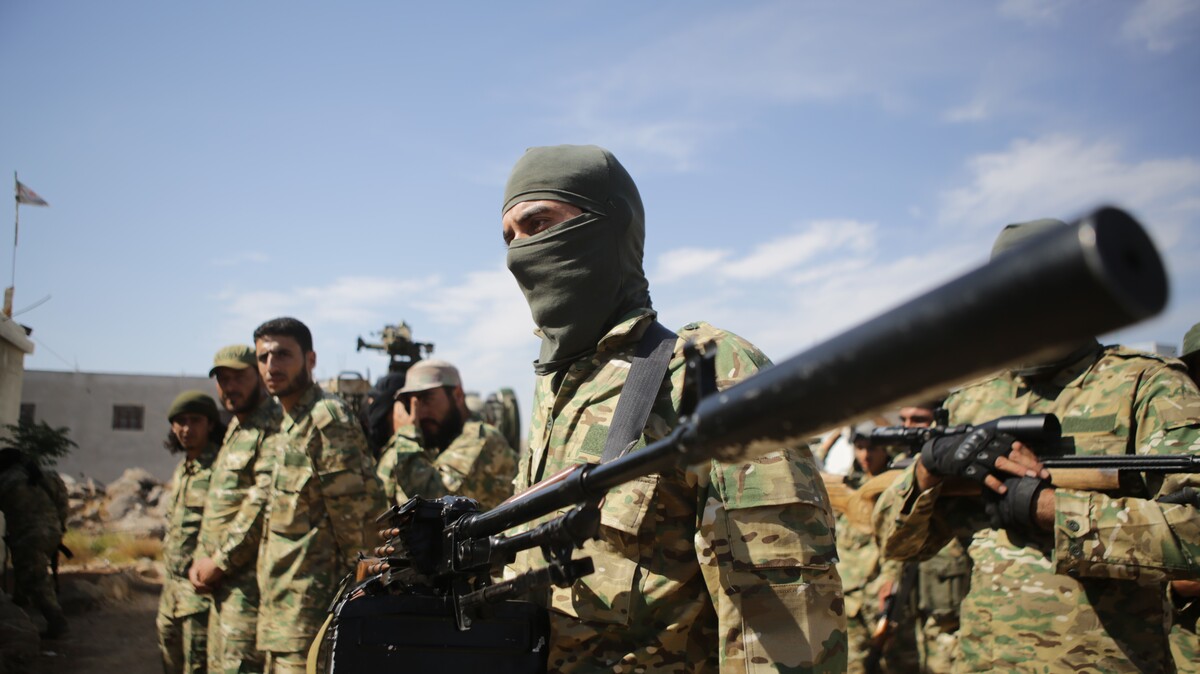 Syrian National Army forces are dispatched to the Manbij front line near Aleppo ahead of Turkey's planned operation in northern Syria, on Tuesday.

The Turkish offensive jeopardizes Kurdish-led forces who have been a key U.S. ally in the bloody fight against ISIS. Turkey says those same forces are linked to militant groups who stage attacks in a separatist movement against the Turkish government.

Late Sunday, the White House abruptly announced it was pulling troops away from the border and that Turkey planned to launched an offensive — a major shift in U.S. policy that followed a phone call between President Trump and Erdogan. Senior officials have said they were not consulted or informed about the change.

On Wednesday afternoon, Trump said in a White House statement, "The United States did not endorse this attack and has made it clear to Turkey that this operation is a bad idea." He added, "There are no American soldiers in the area."

The official adds that they believe the offensive will both spread and intensify overnight into Thursday, likely encompassing the entire border.

Trump said that Turkey has promised to protect civilians and religious minorities, but his statement did not specifically mention the Kurds. And he said Turkey has also promised to hold the line on ISIS.

"Turkey is now responsible for ensuring all ISIS fighters being held captive remain in prison and that ISIS does not reconstitute in any way, shape or form," Trump stated.

The Turkish Armed Forces, together with the Syrian National Army, just launched #OperationPeaceSpring against PKK/YPG and Daesh terrorists in northern Syria. Our mission is to prevent the creation of a terror corridor across our southern border, and to bring peace to the area.

The European Union and other U.S. allies are warning that the incursion — and the displacement of Kurdish fighters — could provide fertile ground for the resurgence of ISIS. The EU said Wednesday that it "calls on Turkey to cease the unilateral military action."

Just before Turkey launched its attack, there were reports of ISIS attacks against Kurdish forces in the northern Syrian city of Raqqa, which was previously the de facto capital of ISIS' so-called caliphate.

The Turkish military is working with the Syrian National Army, Erdogan said, adding that they are targeting Kurdish fighters as well as ISIS extremists.

"Our mission is to prevent the creation of a terror corridor across our southern border, and to bring peace to the area," Erdogan said.

Ahead of the operation, Turkish soldiers used heavy equipment to remove a section of concrete border wall so that troops could cross, an official told Reuters.

A U.S. military official in Syria tells Bowman that the Turkish airstrikes are "more expansive than shaping a limited incursion."

The U.S. is tracking people who are being displaced from the Syrian cities of Ras al-Ayn, Tal Abyad, Qamishli and Ain Issa, the official says, reflecting a span of some 140 miles along the north and northeastern border. The official said that they are expecting possible Turkish ground movement.

On Tuesday, Turkey reportedly struck the Syrian-Iraqi border to keep Kurdish forces from using it as a conduit to reinforce their positions, the news agency said.

Earlier, Islamic State militants reportedly carried out an attack on the city of Raqqa in northern Syria, including a post manned by U.S.-backed Kurdish-led fighters.

More than 3 million Syrian refugees are registered in Turkey, having fled brutal conditions imposed by both ISIS and their country's civil war. Erdogan said Wednesday that the long-anticipated offensive aims to establish "a safe zone, facilitating the return of Syrian refugees to their homes."

The operation is causing fear among the U.S.'s Kurdish allies. Mustafa Bali, a spokesperson for the Kurdish-led forces, said: "Turkish warplanes have started to carry out airstrikes on civilian areas. There is a huge panic among people of the region."

The White House decision to abandon posts along the border and give Turkey a free hand in taking on Kurdish groups has sparked a sharp bipartisan backlash in Washington.

Brett McGurk, who was Trump's special envoy for the fight against ISIS, also decried the decision in an interview with NPR.

"Presidents do a lot of things, but the most consequential are decisions of war and peace like this, and you can't make decisions on a haphazard basis after a single call with a foreign leader," McGurk said. "This is almost unprecedented."

Jens Stoltenberg, NATO's Secretary General, said via Twitter: "I count on Turkey to act with restraint & ensure that the gains we have made in the fight against ISIS are not jeopardised."

Human rights groups such as Amnesty International are also urging Turkey's military to act with restraint and ensure civilians' safety.

"Turkey has an obligation under international humanitarian law to take all possible measures to protect civilians and to ensure they have access to humanitarian aid," Amnesty International's Middle East Research Director Lynn Maalouf said in a statement. "Civilians wishing to flee the fighting must be given safe passage to do so."

Earlier this week, Trump appeared to warn Turkey against doing anything "off limits." He said, "if Turkey does anything that I, in my great and unmatched wisdom, consider to be off limits, I will totally destroy and obliterate the Economy of Turkey."

U.S. forces in this area of Syria have assisted Kurdish allies with keeping ISIS fighters detained. And there are concerns about what will happen to those ISIS fighters now that the U.S. is stepping back.

"The Kurdish forces have always been clear that their number one concern is not ISIS but is protecting their territory from Turkey," NPR's Hannah Allam reported. "So if they're moving into a defensive position, who's going to watch the ISIS prisoners guard the detention camp?"