Accessibility links
Who Sets The Rules? When Is It Real? And Other Big Questions On Impeachment President Trump's attorney wrote in a lengthy letter that the House impeachment inquiry is "invalid," charging that it violates the Constitution. Speaker Pelosi and constitutional scholars disagree. 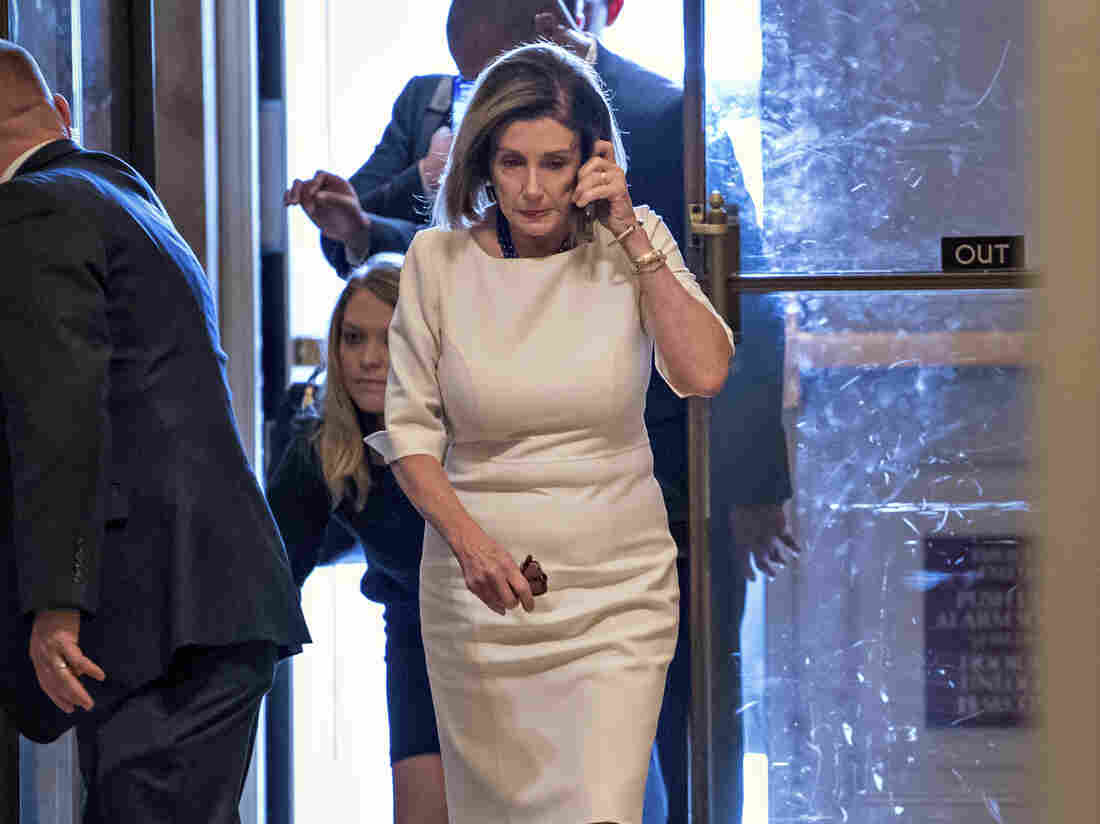 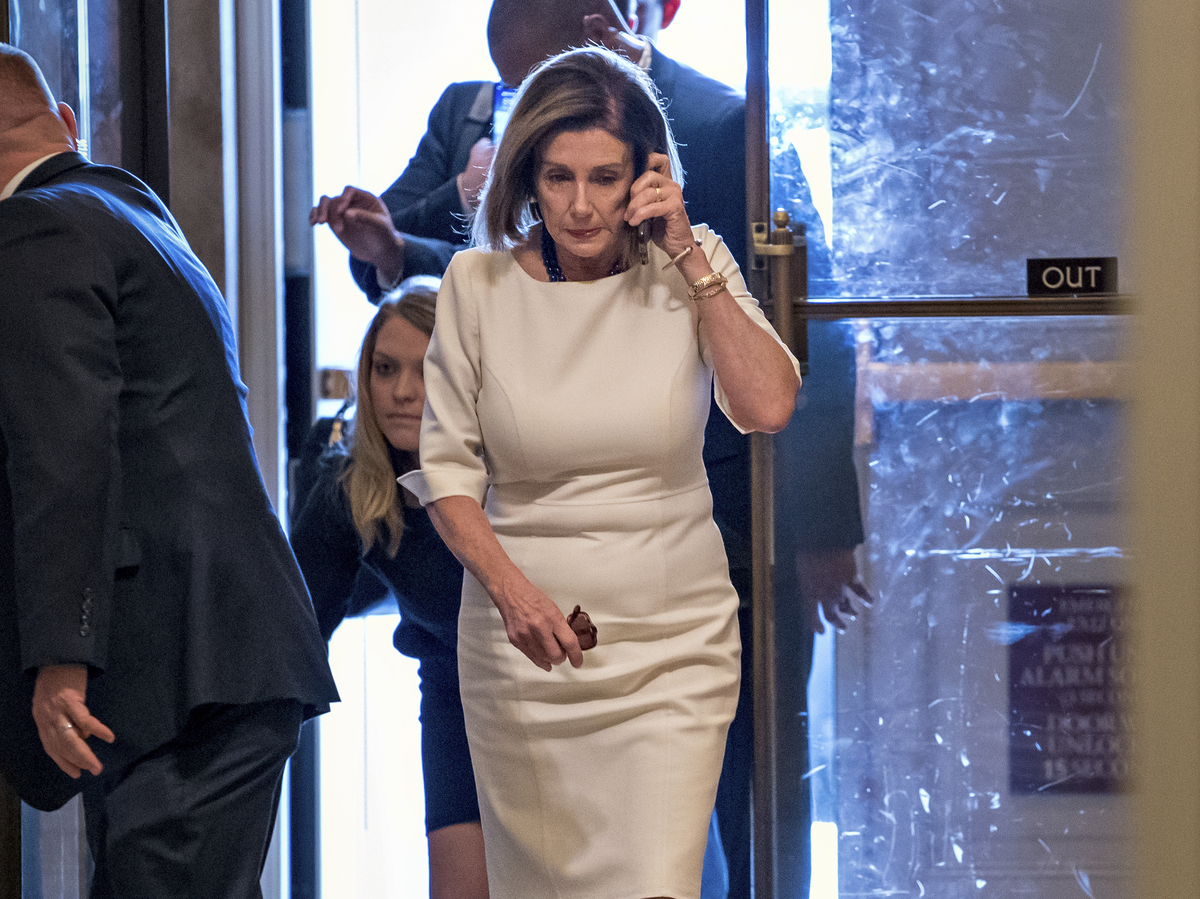 President Trump is refusing to cooperate with House Democrats' impeachment inquiry and will provide neither documents nor members of his administration to testify.

The White House laid out a multifaceted legal argument in a letter to House Speaker Nancy Pelosi, D-Calif., in which it charged that the inquiry is invalid and "violates the Constitution, the rule of law, and every past precedent."

Pelosi responded by warning that "continued efforts to hide the truth of the president's abuse of power from the American people will be regarded as further evidence of obstruction."

The impeachment standoff between two co-equal branches of government raises several key constitutional questions, none of which — spoiler alert — seem particularly favorable to the president's position.

Who sets the rules for impeachment?

White House counsel Pat Cipollone said in the letter that Pelosi's inquiry has broken with precedent and that Democrats' impeachment inquiry isn't legitimate because it hasn't had a vote by the full House.

But Pelosi, whose party controls the majority in the chamber, controls the rules for this stage in the process.

What "impeachment" means in this context is, effectively, indictment — the House has the power to determine whether sufficient evidence exists to spur a trial that would then take place in the Senate.

That's pretty much all the Constitution says on the matter, according to University of Texas law professor Stephen Vladeck.

He told NPR's All Things Considered on Tuesday that "the Constitution actually says nothing about the process the House is supposed to follow when it comes to impeachment inquiries, other than that it eventually has to approve articles of impeachment before sending the matter to the Senate."

That gives House leaders a lot of discretion, which Pelosi says she's using.

Must the House vote to conduct an impeachment inquiry?

Cipollone wrote: "the House of Representatives has never attempted to launch an impeachment inquiry against the President without a majority of the House taking political accountability for that decision by voting to authorize such a dramatic constitutional step."

The House has taken such a formal step in the past, including most recently with the impeachment of then-President Bill Clinton.

Pelosi has not called for such a vote but announced last month that the House is conducting "an official impeachment inquiry."

Why Ukraine Is At The Center Of The Impeachment Inquiry

Why Ukraine Is At The Center Of The Impeachment Inquiry

The former aide, an expert on House rules who asked not to be identified because he is criticizing his own party, argued that it's best practice to have a vote of the full House.

But there is nothing in the Constitution or in the rules of the House that compel a full House vote to authorize an impeachment inquiry. Pelosi is breaking with precedent but not rules or the law. 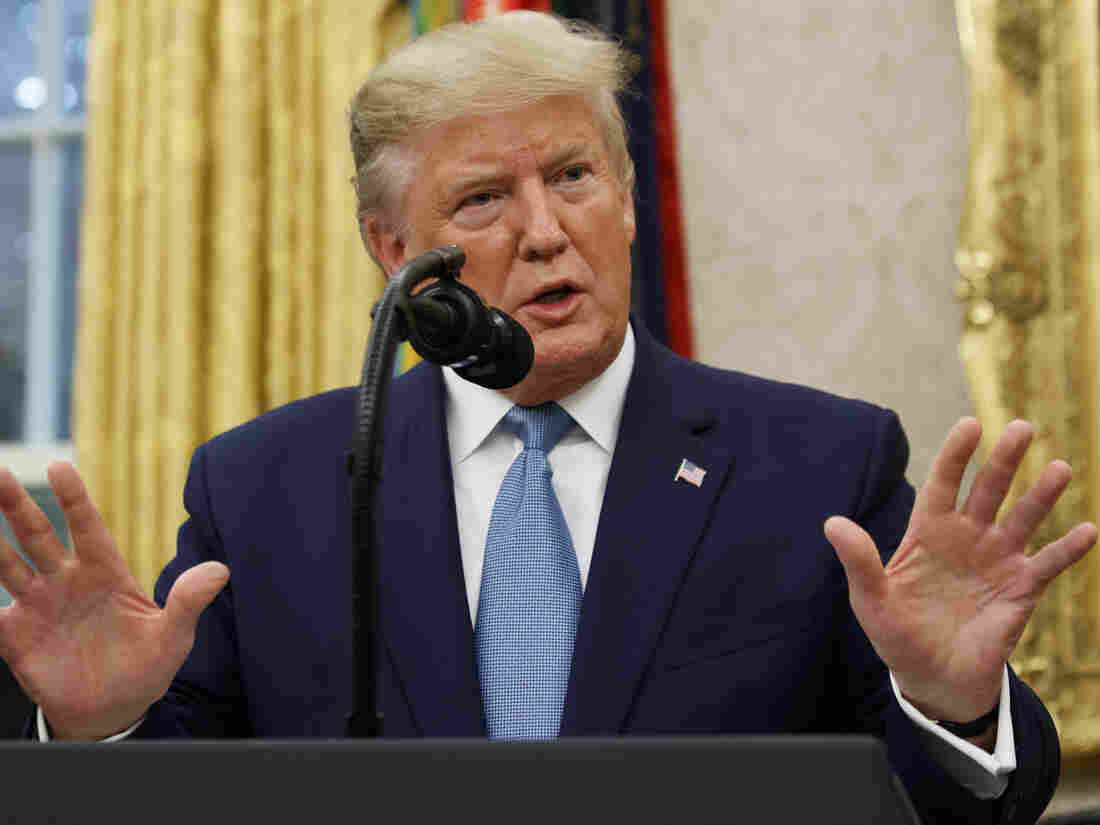 The Trump administration says it won't cooperate with providing witnesses or documents in the House impeachment inquiry. Above, President Trump speaks during a White House ceremony on Oct. 8. Alex Brandon/AP hide caption 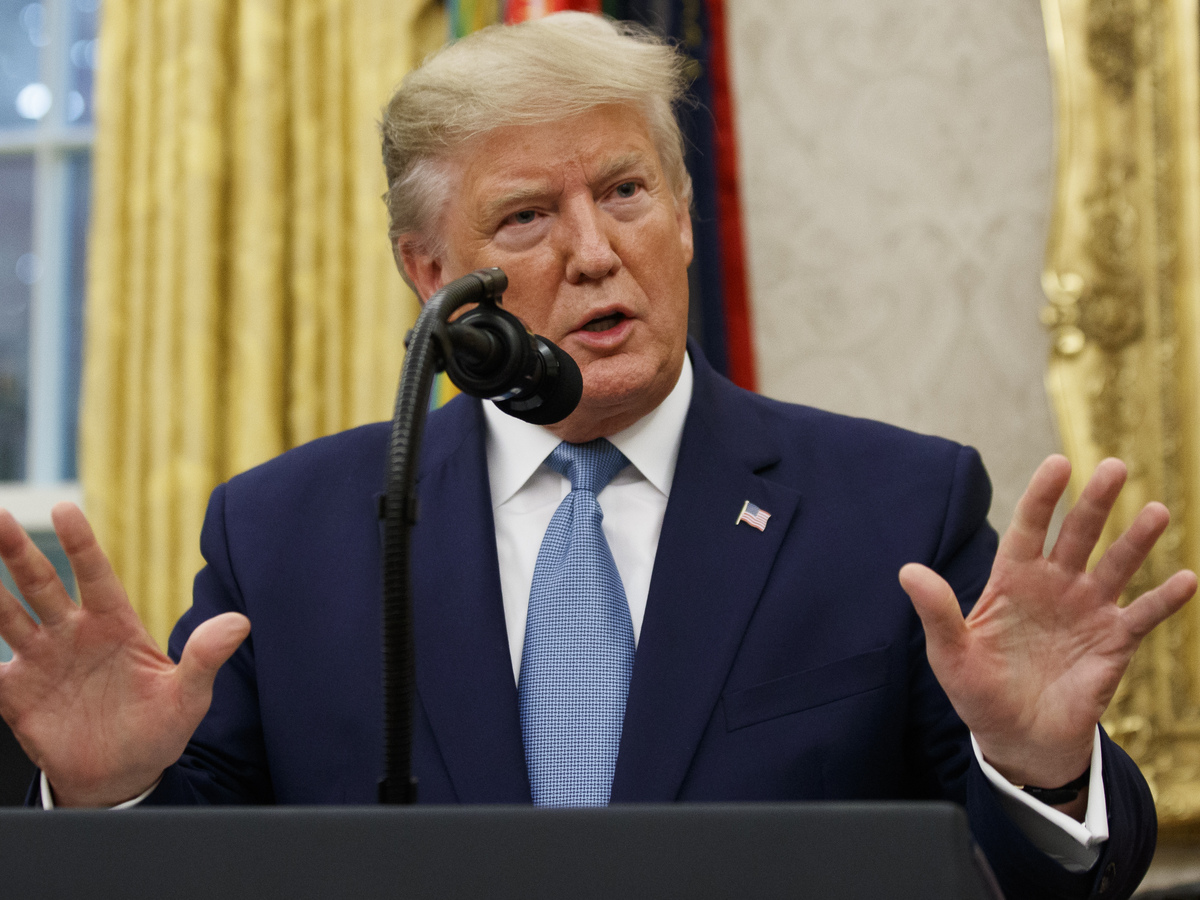 The Trump administration says it won't cooperate with providing witnesses or documents in the House impeachment inquiry. Above, President Trump speaks during a White House ceremony on Oct. 8.

What difference does a vote make?

Cipollone and Republicans argue not only that precedent dictates there be a vote but that one is required for basic fairness.

Trump and his supporters say Republicans in the House deserve the right to convene hearings or issue subpoenas and mount a courtroom-like defense of the president.

Something like that took place in Clinton's impeachment, but the circumstances then were different. Among other things, the investigation into the basic facts of the case had been performed by independent counsel Ken Starr and were then presented to Congress.

Above and below it all are politics — for Trump, Pelosi and everyone else.

"It's bizarre to suggest that somehow the president is going to have a say in setting this up," says Brown University professor Corey Brettschneider, author of the book The Oath and the Office: A Guide to the Constitution for Future Presidents.

A formal vote is "a made-up idea," he told NPR's Morning Edition on Wednesday. "We're clearly in an impeachment inquiry now."

The speaker hasn't ruled out convening a vote, but she has also said she's comfortable with where the process stands now.

Trump and Republicans, however, gamble that after months of hesitation about impeachment, Pelosi may not want to put some of her more moderate members in the position of needing to go on the record about impeachment with a recorded vote.

Pelosi counters that she believes some Republicans also don't want to cast a vote because they're personally uncomfortable with Trump's actions in the Ukraine affair but don't want to be put on the spot.

And there's no guarantee that if Pelosi did convene a vote to launch an impeachment inquiry, it would mean the Trump administration might begin cooperating by providing witnesses and evidence. A senior administration official declined to commit on that point during a conference call with reporters on Tuesday.

The political calculations don't end there.

Proceeding without a vote also means Pelosi retains the privilege to call off the impeachment inquiry on her own if she decides down the line that it has become a political loser.

Or the speaker could put something else before the full House, like articles of censure for the president, which would permit her to end this storyline without then kicking off a trial in the Senate — one that its Republican majority could guarantee that Trump won.

Does the president have the right to due process or to confront his accusers?

The answer here is again no. Impeachment is political.

"This isn't a trial," Brettschneider says." It's not a criminal justice process, for instance."

He adds, "It's not a question of reasonable doubt or even whether a crime has been committed, but rather about a kind of abuse of power. And the way of determining that is also left to the House and to the speaker."

Vladeck, the University of Texas law professor, points out that only the outlines of the impeachment process are similar to the judicial cases that more Americans may know.

"The whole point of impeachment is that it's not a criminal proceeding," he says, "and that the House is basically acting more like a grand jury than the actual criminal trial."

The House "probably could make a few more accommodations to the president," he says, "but that's, again, a matter of legislative grace."