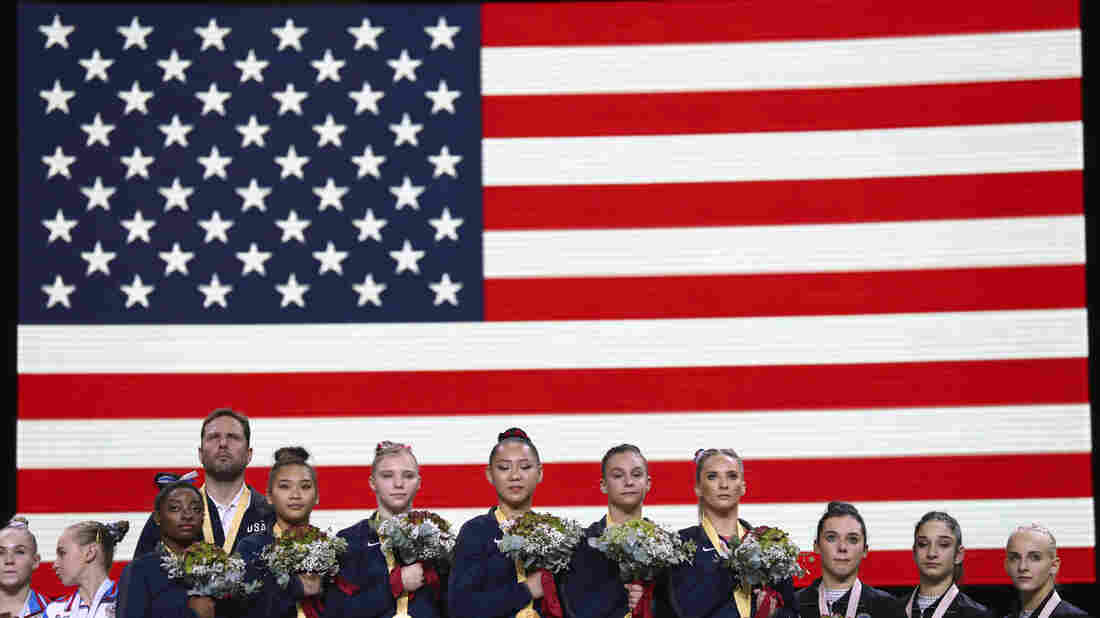 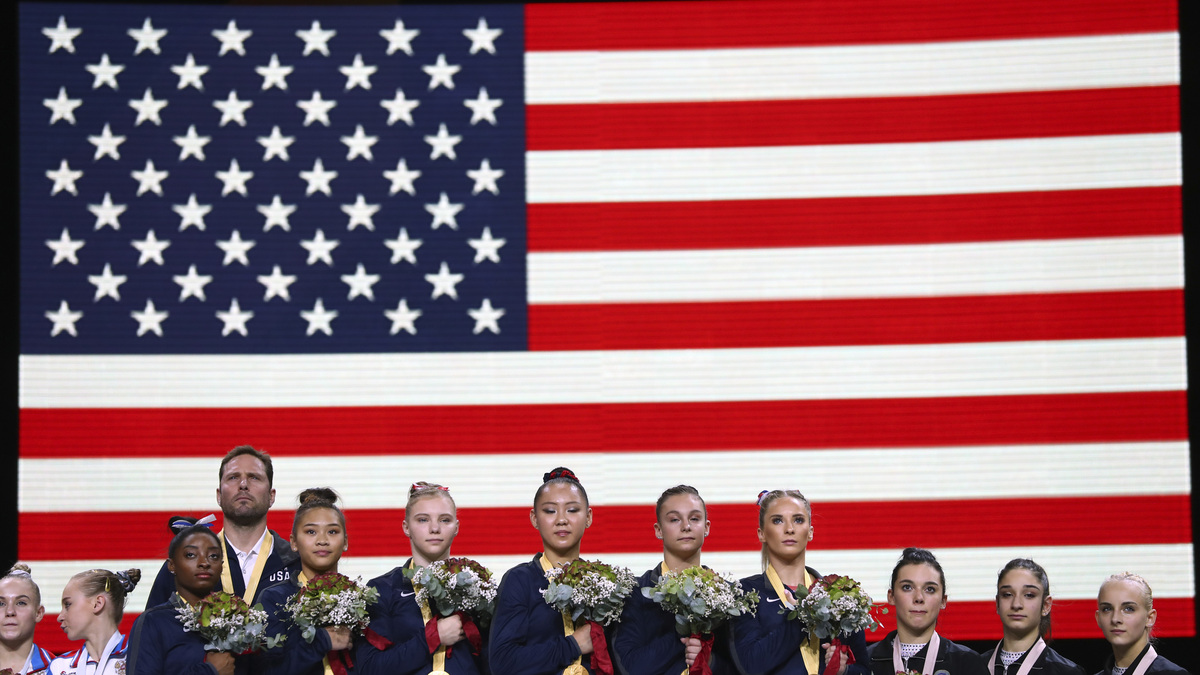 "I guess it's kind of crazy," Biles said. "I didn't really think about that. I think it's really impressive for someone to be able to do that. It's kind of exhilarating but I think I haven't had the chance to process it yet. I think we're celebrating tonight, for all of this: for the team, for the medal count, for the fifth year in a row."

Biles now has four signature gymnastic moves named after her. In order for a gymnast to have a move named for them, they must submit it for consideration and successfully land it at a major competition such as the world championships or the Olympics. Two of those moves were added during Biles's 2019 performances.

In her floor routine, Biles landed a triple-double, composed of a double backflip with three twists, now known as the "Biles II."

She also created a new move on the balance beam, called the "Biles." The move, a dismount that consists of a double-twisting double backflip, is awarded 0.8 points if performed successfully.

Both Biles and USA Gymnastics expressed disappointment at the points classification her balance beam was assigned. The FIG Women's Technical Committee said the move was given a lower score in order to dissuade gymnasts from attempting a potentially dangerous maneuver.

"The safety of athletes is always a top priority for us and the sport in general, however we believe the skill should be given the value that it merits," USA Gymnastics tweeted.