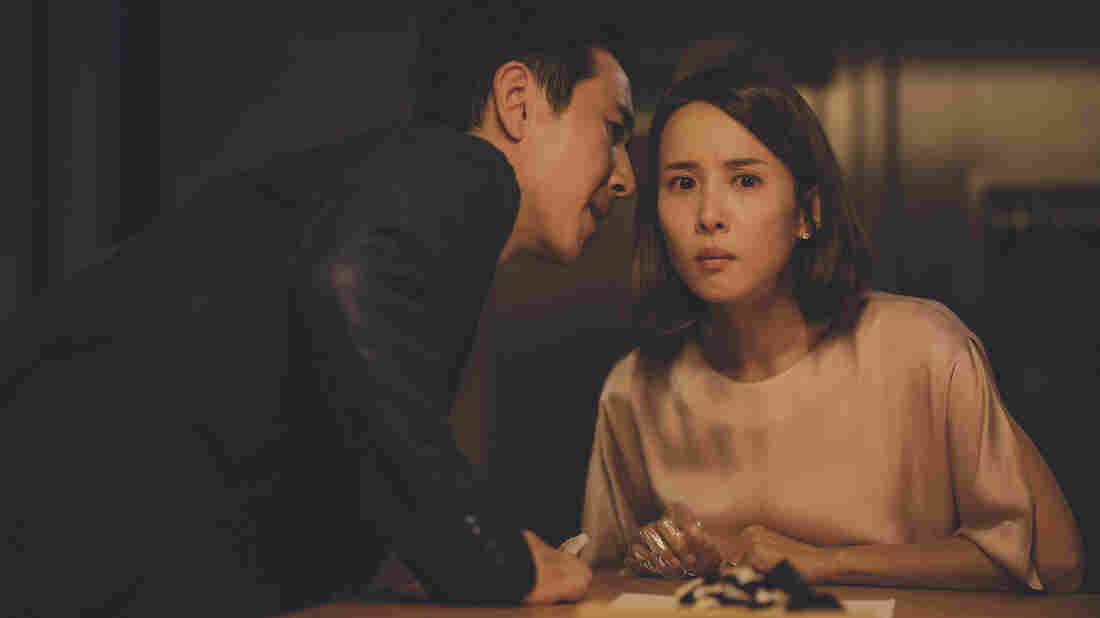 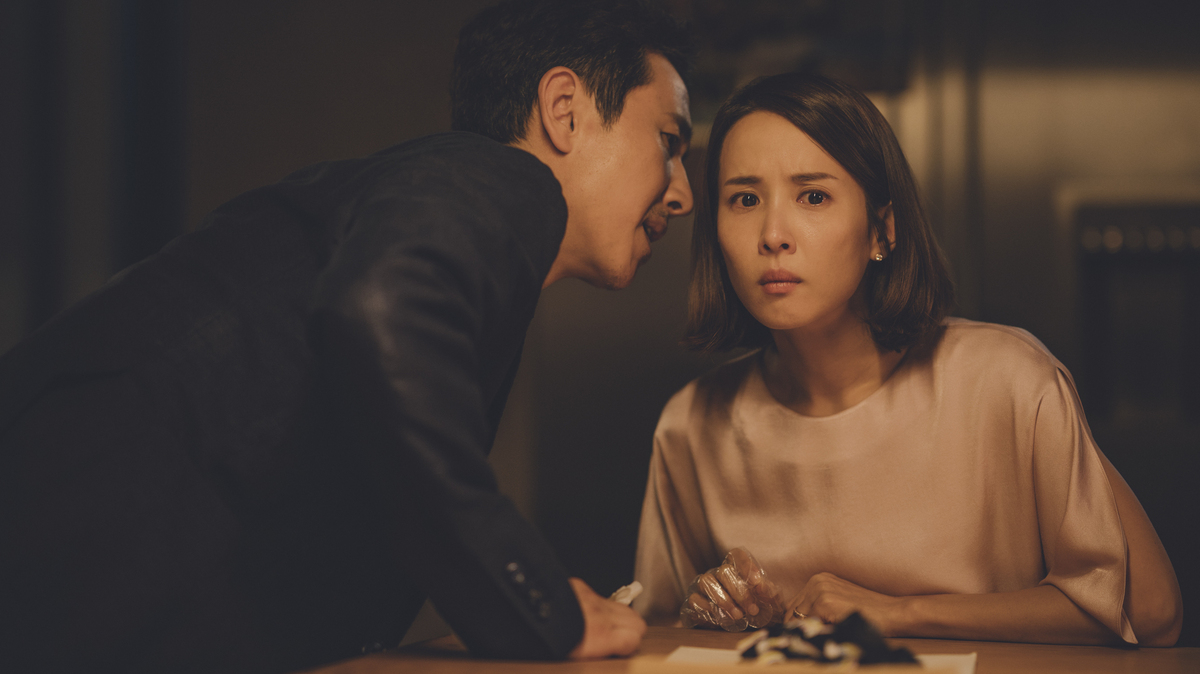 Lee Sun-kyun and Cho Yeo-jeong play Mr. and Mrs. Park, a wealthy couple whose hired help isn't quite what it seems, in Bong Joon-ho's thriller Parasite.

I was fortunate enough to go into Parasite knowing almost nothing about it. Bong Joon-ho's brilliant new movie packs the kinds of stunning, multi-layered surprises that deserve to be experienced as fresh as possible. I'll tread as cautiously as I can, but suffice to say that Parasite is a darkly comic thriller about two families: the Parks, who are very rich, and the Kims, who are very poor.

Mr. and Mrs. Kim live with their son, Ki-woo, and their daughter, Ki-jung, in a cramped apartment in Seoul. Years of poverty have made them shrewd, resilient and tough — and not above the occasional petty theft. Like the family in last year's great Japanese drama Shoplifters, they've managed to survive by relying on their wits and on each other.

One day Ki-woo, a high-school graduate, gets a job as an English tutor for an upper-class teenage girl named Da-hye. Her father, Mr. Park, is a millionaire tech titan, and they live in a gated modernist fortress of a house designed by a famous architect.

Ki-woo begins visiting the house to give his English lessons, and it's there that he meets Mrs. Park, who lets slip that she's looking for an art teacher for her mischief-making young son. Thinking fast, Ki-woo mentions a distant acquaintance who might be good for the job — and within days, his sister Ki-jung has been hired as a very expensive tutor.

The Kims enjoy their sudden boost in income, even as they strain to keep the Parks in the dark about their family connection and their lack of proper credentials. But the lies don't end there, and their scheme grows only more dangerous in its ambition.

For roughly its first hour, Parasite is the most deviously entertaining con-artist thriller I've seen in years. Director Bong pulls the pieces together with the elegance and flair of a conductor attacking a great symphony. Inch by inch, the Kims expand their domain. No piece of information, whether it's the matter of the housekeeper's allergy or the sexual habits of Mr. Park's driver, is too trivial to be used to their advantage.

Bong draws us into a wicked sense of complicity with the Kims, who, for all their duplicity, are never hard to root for. But as fun as it is to see the Parks get hoodwinked, Bong doesn't turn them into easy villains. We see how gullible and vulnerable they are behind their bolted doors and high-tech security system. We see the cracks in their perfect-family facade: The actress Cho Yeo-jeong gives an especially nuanced performance as Mrs. Park, who, for all her breezy entitlement, lives in the shadow of her cold, unfeeling husband.

The Kims, by contrast, are a model of intimacy and fairness: When money and space are this tight, everyone has to pull their weight. They depend on each other so completely that they seem to function less like individuals than like a single organism. Maybe that makes them the "parasite" of the title, or maybe not. As the movie races toward a suspenseful and terrifying conclusion, it leaves little doubt as to whether the haves or the have-nots represent the greater scourge in a capitalist society.

Bong has always been deft at synthesizing thrills and politics. He previously tackled class warfare in his English-language thriller Snowpiercer, but Parasite feels even more closely related to his wonderful 2006 monster movie The Host, which also followed a desperate family trying to survive. The star of The Host was the popular actor Song Kang-ho, who returns in Parasite as Mr. Kim and gradually becomes the movie's angry moral center. More than his wife or kids, he understands what it means to be looked down on by people like the Parks and regarded as less than human.

At first you're right there with the Kims, until the story takes the first of many jaw-dropping turns. Parasite is seamless in the way it shuffles moods, tones and genres, and downright Hitchcockian in the way it manipulates your sympathies. It's a movie of extraordinary cunning and devastating emotional power, and after three viewings I'm still not sure quite how to classify it. Is it a comedy or a tragedy, a thriller or a satire, an art film or a popular entertainment? Maybe it's best to simply call it what it is: a masterpiece.