Accessibility links
Impeachment Poll: Majority Approve Of Inquiry As Independents Move In Favor A slim majority of Americans approve of House Democrats' impeachment inquiry, but even more think President Trump's future should be decided at the ballot box, an NPR/PBS NewsHour/Marist poll finds. 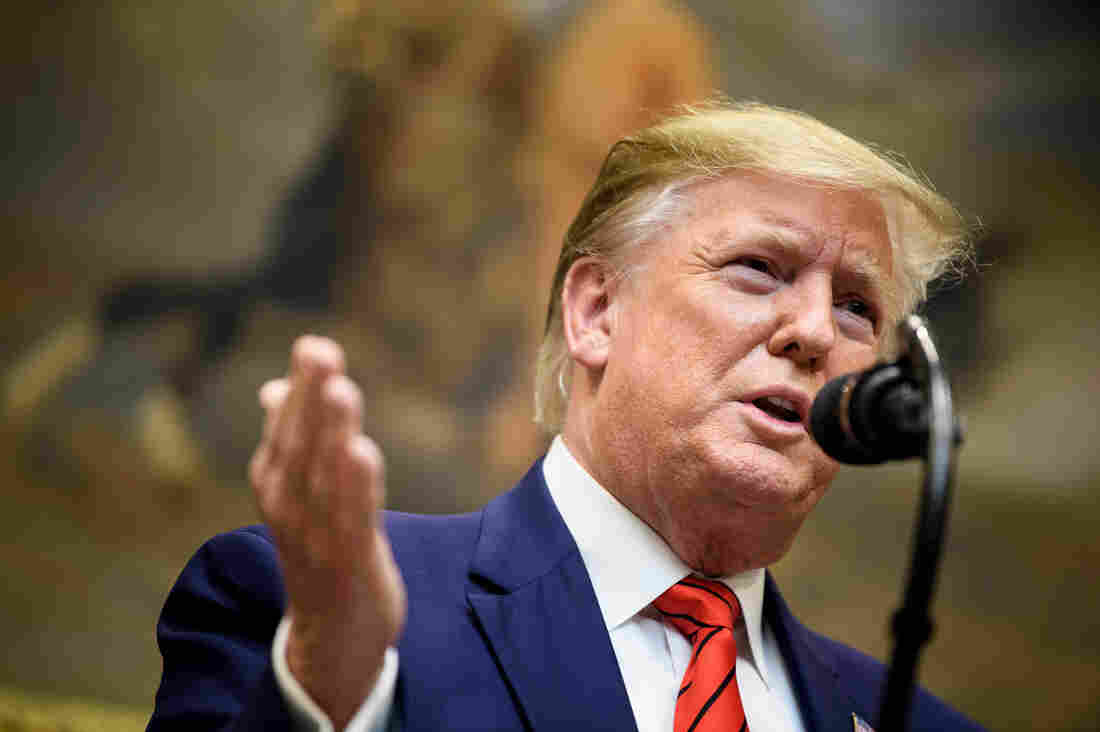 Support for the House impeachment inquiry into President Trump is on the rise. Brendan Smialowski/AFP/Getty Images hide caption 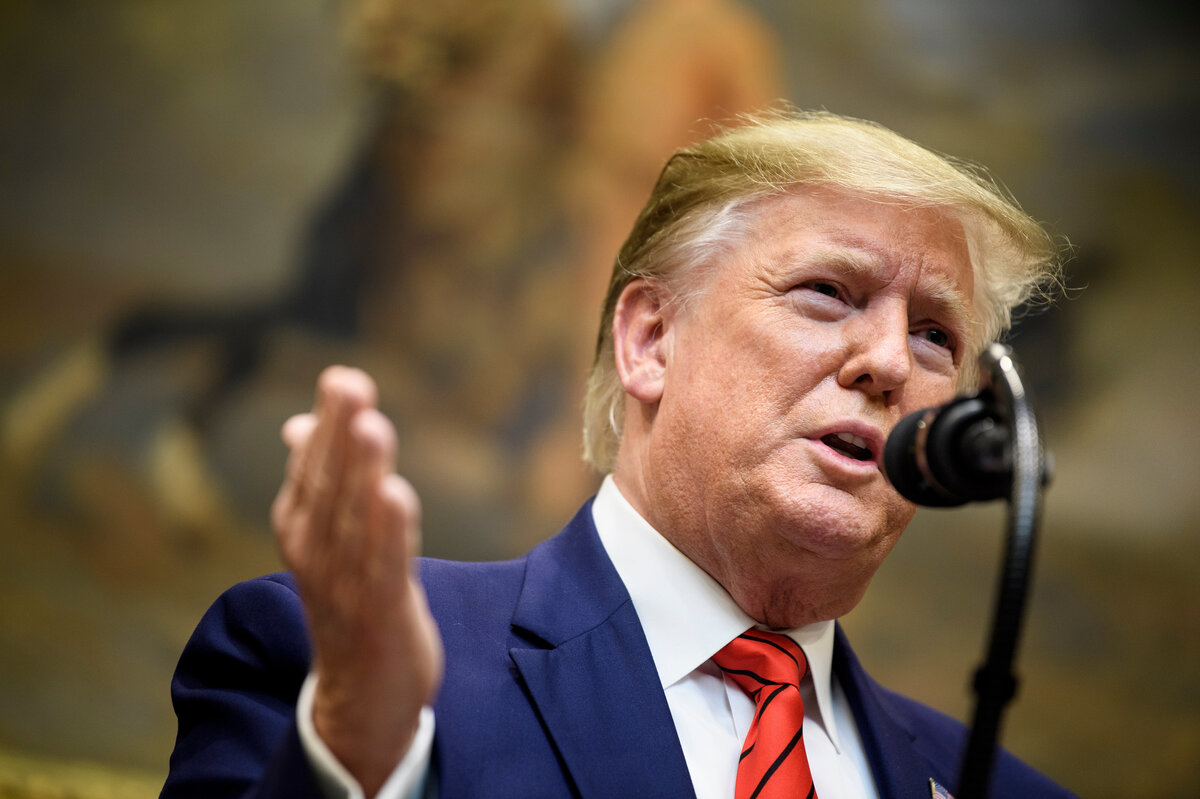 Support for the House impeachment inquiry into President Trump is on the rise.

On the questions of whether Trump should be impeached or removed from office, Americans are split — 49-47% in favor of impeachment and 48-48% on whether the Senate should vote to remove him.

While Americans' support is growing for the impeachment inquiry and a slim majority (51%) thinks the inquiry is a very serious matter and not "just politics," they are unconvinced impeachment is the right way to decide the future of Trump's presidency.

By a 58-37% margin, Americans think his future should be decided at the ballot box rather than by the impeachment process.

"There's a danger point in this for the White House, but also some danger points for Democrats in Congress, because people are not convinced this is the way to go," said Lee Miringoff, director of the Marist Institute for Public Opinion, which conducts the poll.

The survey was conducted from Oct. 3 through Tuesday, Oct. 8. The previous poll from Marist dealing with impeachment was conducted Sept. 25, after the White House released its record of the phone call between Trump and President Volodymyr Zelenskiy of Ukraine, but before the whistleblower complaint was made public.

Republicans firmly against, but Americans don't approve of Trump's behavior

Republicans are dug in against the impeachment inquiry with nearly 9 in 10 disapproving of it. Two-thirds also say they would be less likely to vote for their representative from Congress if that lawmaker votes to impeach Trump.

Despite the lack of enthusiasm for impeachment, Americans clearly don't approve of Trump's recent behavior, don't think he shares Americans' moral values and are pessimistic about the direction the country is headed.

For example, 68% say it's not acceptable to ask a foreign country's leader for help investigating a potential political opponent; that includes 40% of Republicans. And 61% say Trump does not share the moral values most Americans try to live by; and just 35% say the country is headed in the right direction.

The moral values question is similar to how Americans viewed former President Bill Clinton in the year he was impeached — 62% said Clinton did not share Americans' moral values, according to a CBS News/New York Times poll from September 1998.

What's more, 59% say the identity of the whistleblower who filed a complaint about Trump's call with Zelenskiy should be protected. That includes 6 in 10 independents and about a third of Republicans.

Other answers in the survey should continue to raise red flags for the president and his reelection campaign team, including that 52% say they will definitely vote against Trump in 2020, and just 42% approve of the job the president is doing.

Those numbers have barely budged and have been consistent throughout Trump's presidency. Part of the reason for the lack of movement, the pollsters say, is the lack of overall trust in institutions that the survey measured.

What's more, views of Congress have changed dramatically since the impeachment of Clinton in 1998. Back then, 58% said they thought most members of Congress share the moral values most Americans try to live by, according to the CBS News/New York Times poll.

Today, it's the opposite — just 37% say members of Congress share the moral values of most Americans, while 56% say they don't.

There's some evidence that Republicans are beginning to check out of news on the controversies surrounding impeachment. In the last survey at the end of September, 80% of Republicans said they were following the news about the impeachment inquiry at least fairly closely. In this poll, that's dropped 12 points, while Democrats and independents have essentially maintained their levels.

Joe Biden Calls For Trump Impeachment 'To Preserve Our Constitution'

That helps to create a dynamic in which the GOP digs in even more.

"We're in a period of time that the institutions that guided us through these processes are not trusted," Barbara Carvalho, director of the Marist Poll said of impeachment during the Clinton and Nixon years. "There's really a lack of trust among those institutions, so that makes this uncharted terrain, because people are being guided by whose side that they think they are on."

Biden, the Ukraine controversy and who impeachment could help or hurt 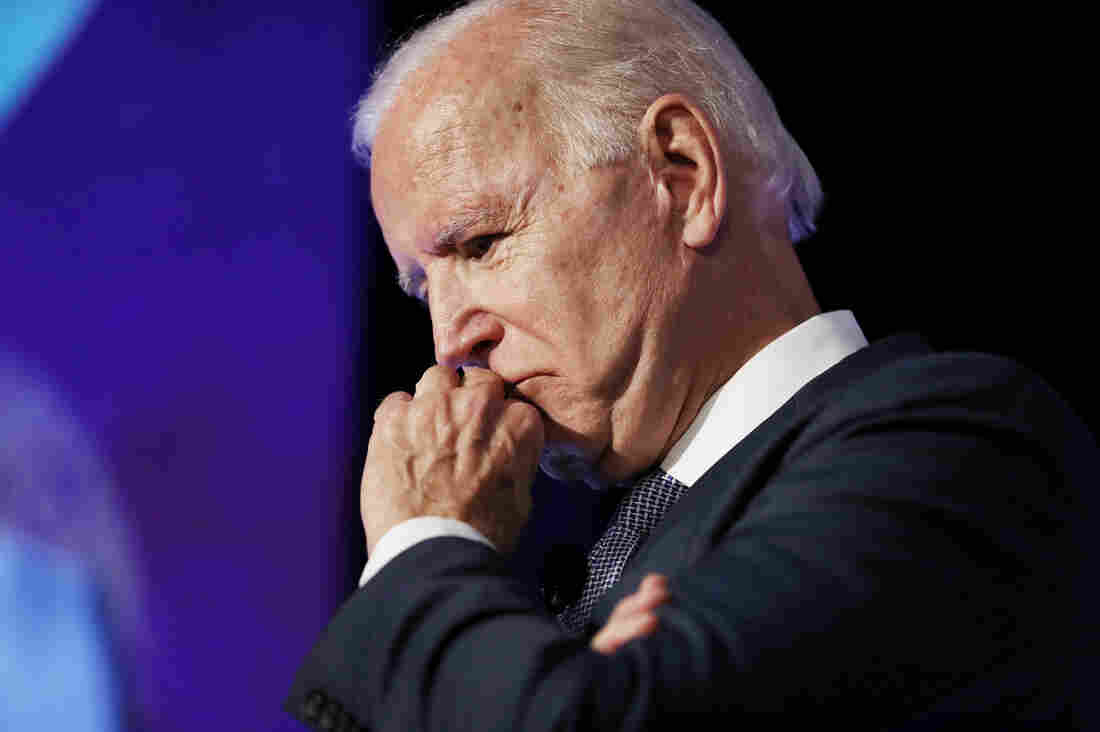 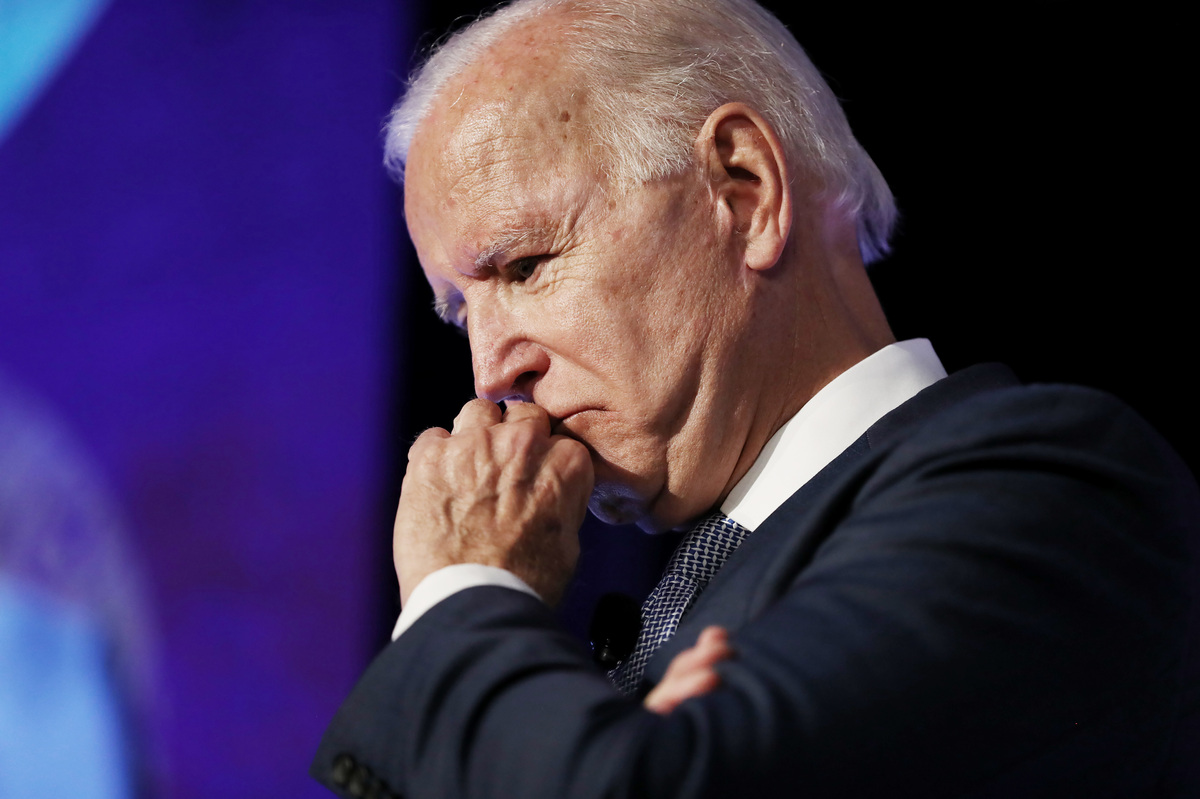 Trump has continued to accuse former Vice President Joe Biden and his son Hunter of wrongdoing in Ukraine, though evidence does not support those claims. Trump has pointed to the Bidens' "corruption" amid accusations of his own wrongdoing in dealing with the country.

Most people, by a 50%-28% margin, think that effort will hurt Biden. His favorability rating has ticked down slightly from 44% in September to 41% now — within the poll's margin of error.

The controversy has not hurt Biden with Democrats, but there has been a slight eroding with independents and Republicans. In September, Biden had a 72%/20% positive rating from Democrats, and now, it's a near-identical 71%/19%.

By a 45-42% margin, Americans say Biden shares their moral values. That's higher than Trump, but clearly the jury is still out, suggesting that Biden's response to the controversy over the next several weeks before the first voting in the Democratic nominating contest will be critical.

Overall, Americans are split 44-43% on whether impeachment will help Democrats or whether it will help Trump.

How impeachment is handled could be crucial in determining who Americans want to put in charge of Congress after 2020 as well. Democrats have just a 3-point advantage, 43-40%, on the question of which party's candidate people would vote for in their district if the elections were held today.

That's half of what it was in November 2018 (50-44%), just as Democrats took back the U.S. House by sweeping a net of 40 seats out of Republican hands in the midterms.