Accessibility links
After China Objects, Apple Removes App Used By Hong Kong Protesters HKmap.live has been used by pro-democracy activists to keep track of protests and police activity. Apple says it was removed from the App Store because it was being used to "endanger law enforcement." 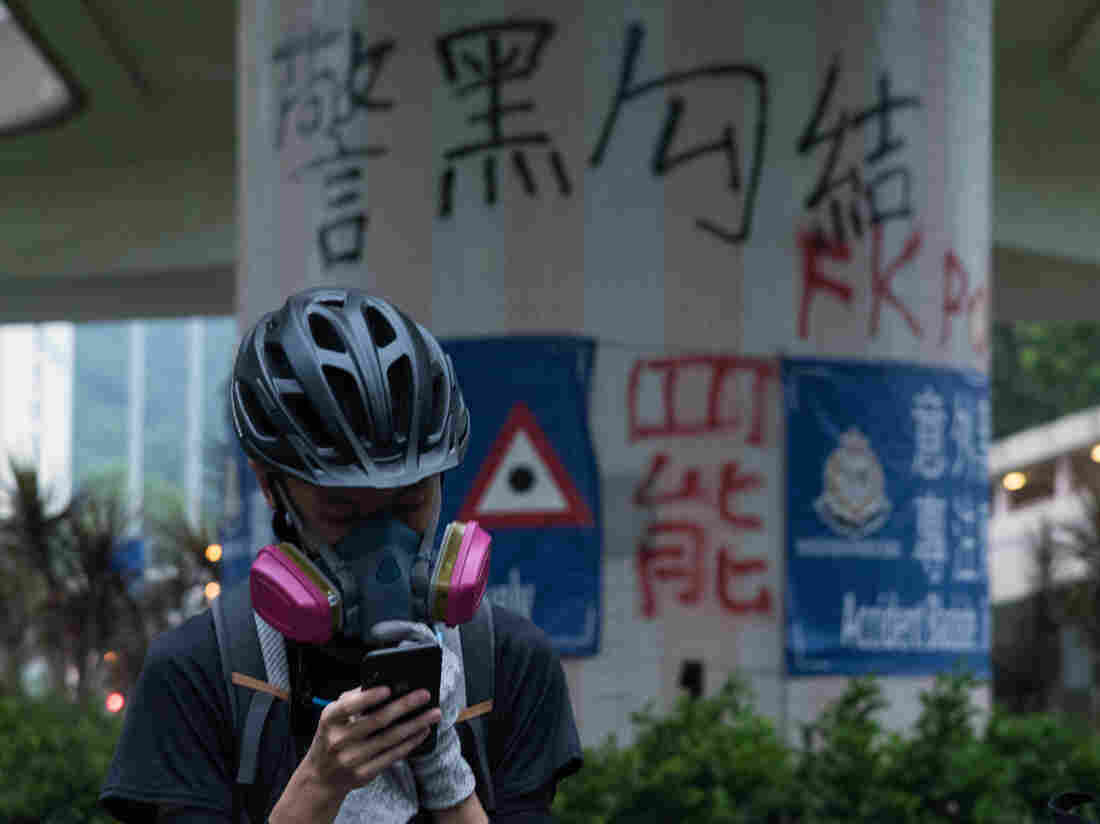 A protester in Hong Kong checks his phone for police activity during a protest against the government in Hong Kong's New Territories, in August. Aidan Marzo/SOPA Images/LightRocket via Getty Images hide caption 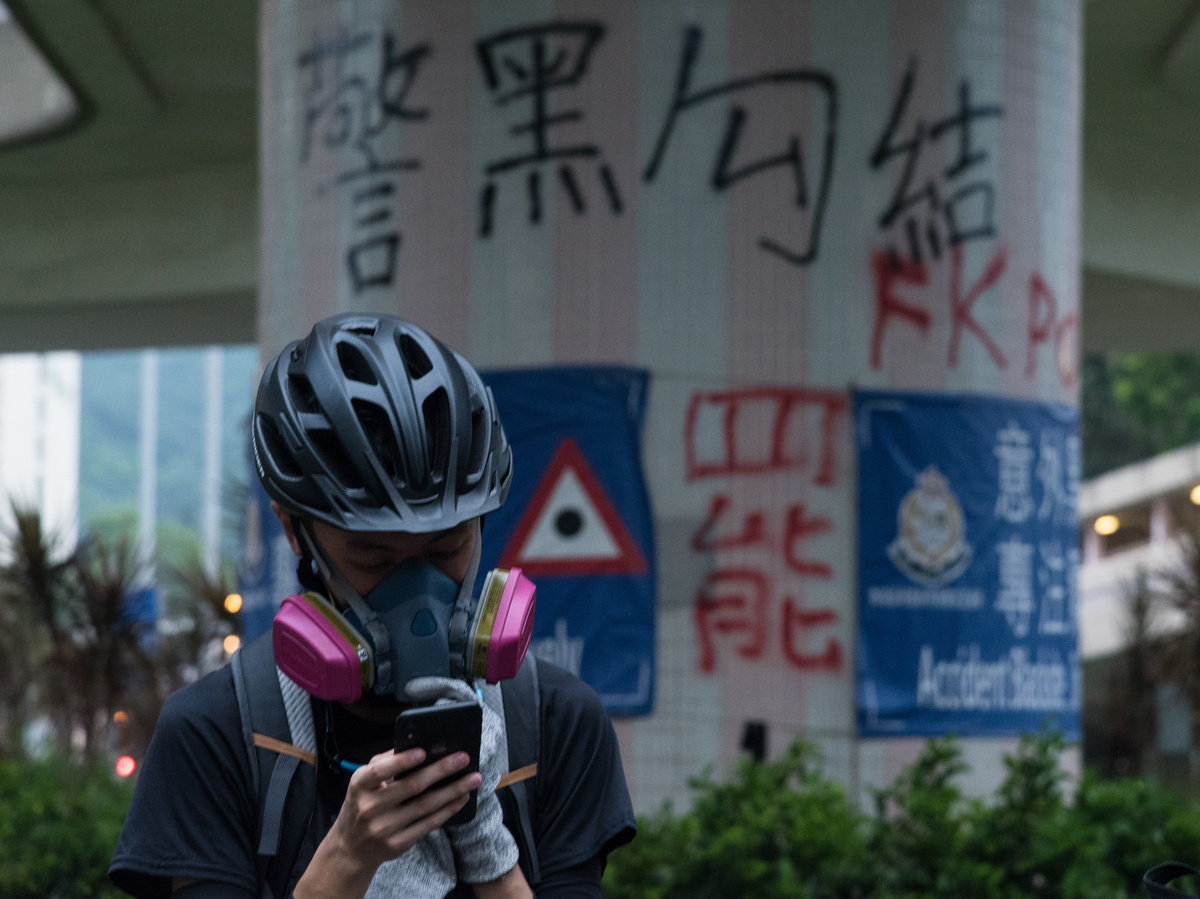 A protester in Hong Kong checks his phone for police activity during a protest against the government in Hong Kong's New Territories, in August.

Apple has removed from its App Store a smartphone app used by Hong Kong pro-democracy activists to crowdsource the location of protesters and police, after Chinese state media suggested the tech giant was aiding "rioters."

Apple initially rejected the app last week, saying that it "encourages an activity that is not legal," and allows users to "evade law enforcement," according to its developers.

"Your app contains content - or facilitates, enables, and encourages an activity - that is not legal ... Specifically, the app allowed users to evade law enforcement."@Apple assume our user are lawbreakers and therefore evading law enforcement, which is clearly not the case.

Nonetheless, HKmap.live did briefly become available in the App Store before Apple announced Wednesday that it was being removed.

"We have learned that an app, HKmap.live, has been used in ways that endanger law enforcement and residents in Hong Kong," Apple said in a statement. "Many concerned customers in Hong Kong have contacted us about this app and we immediately began investigating it."

The app, it said, "has been used to target and ambush police, threaten public safety, and criminals have used it to victimize residents in areas where they know there is no law enforcement."

HKmap.live reportedly consolidates reports from social media and then uses the information to plot the locations of protests and such information as where police are using tear gas.

The protesters have staged months of protests in the former British colony, demanding universal suffrage and the right to choose Hong Kong's leadership. The level of violence has grown in recent weeks, with protesters wrecking store fronts and hurling gasoline bombs. Police have responded with tear gas, batons and, in some cases, live ammunition.

On Wednesday, an editorial that appeared in China's official People's Daily called out developers of HKmap.live for providing a "'navigation service' for the rioters."

"Apple chose to approve the app in the App Store in Hong Kong at this point," the editorial said. "Does this mean Apple intended to be an accomplice to the rioters?"

"[P]eople have reason to assume that Apple is mixing business with politics, and even illegal acts," it said. "Apple has to think about the consequences of its unwise and reckless decision."

Responding to Apple's decision to withdraw the app, its developers, who have not identified themselves because of security concerns, responded in a series of tweets on Thursday, reports The South China Morning Post, a Hong Kong-based English-language daily.

"We once believed the App rejection [was] simply a bureaucratic f up but now it is clearly a political decision to suppress freedom and human rights in Hong Kong," the developers said, according to the Post.

Although HKmap.live has been removed from Apple's App Store, it remains available on an independent website.

The Hong Kong unrest is a sensitive issue in Beijing and anyone seen as showing sympathy or support for the protesters has come in for sharp criticism.

Although he quickly deleted the tweet and expressed contrition, that didn't stop the Chinese Basketball Association from suspending its business dealings with the Rockets. Tencent, a Chinese media partner with the NBA in China, also ended a streaming deal worth $1.5 billion and China's state television said it would stop airing Rockets games.