Accessibility links
Simone Biles Wins Fifth All-Around World Championship Medal Biles got closer to surpassing Vitaly Scherbo on the all-time list with a dominant performance Thursday. She could pass him this weekend. 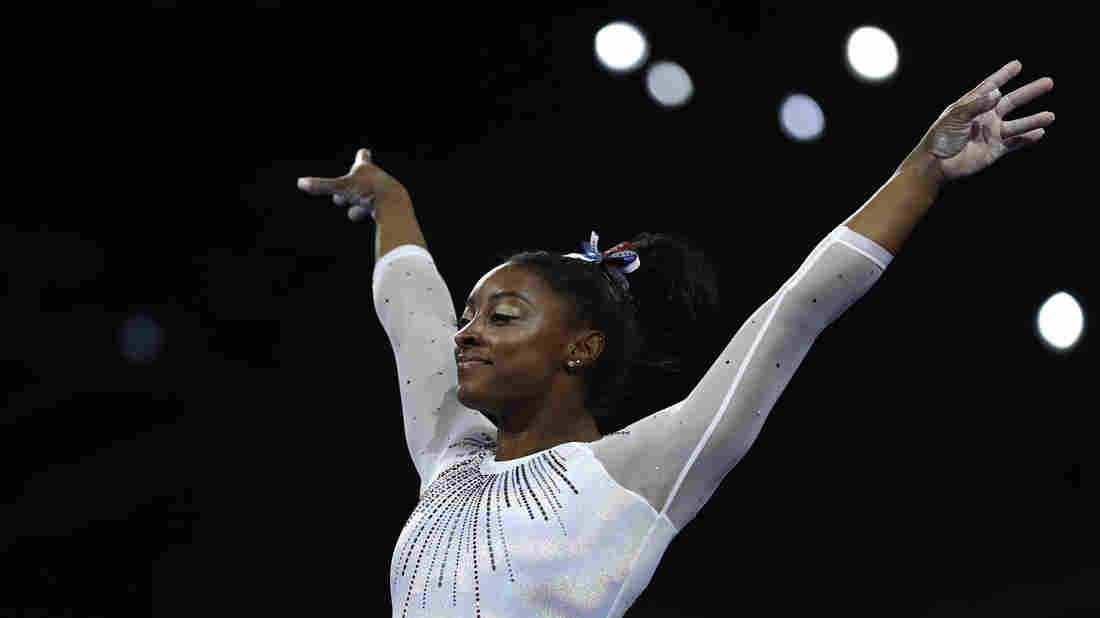 Simone Biles performs on the vault in the women's all-around final at the Gymnastics World Championships in Stuttgart, Germany. Matthias Schrader/AP hide caption 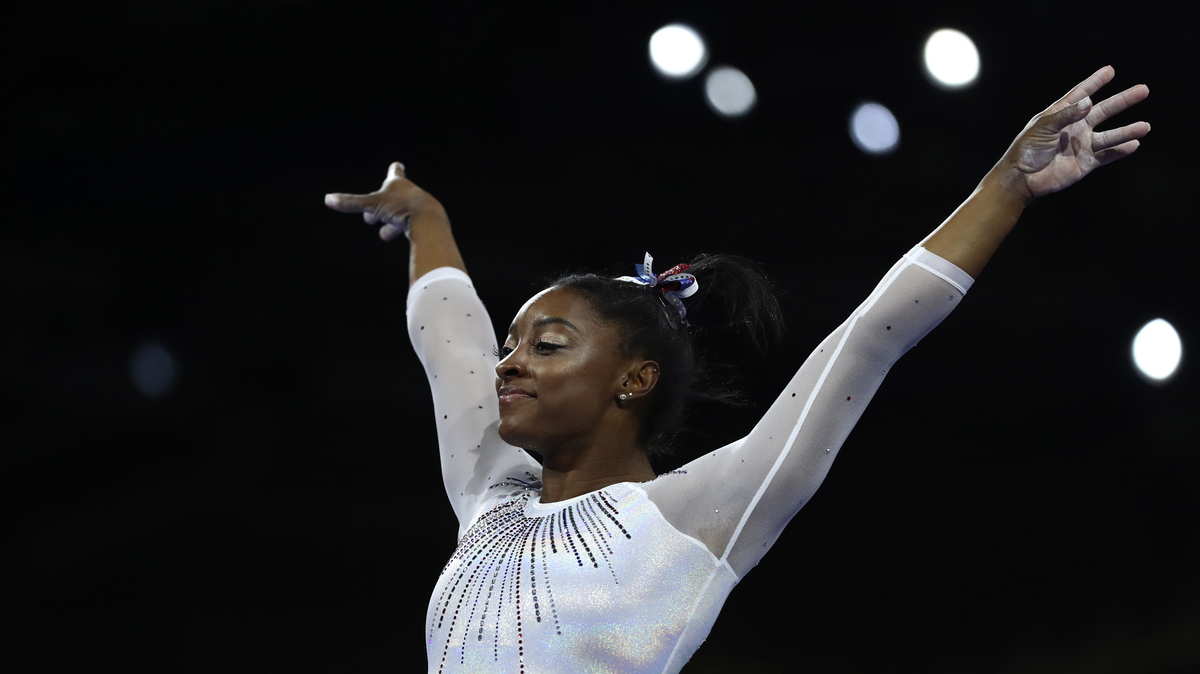 Simone Biles performs on the vault in the women's all-around final at the Gymnastics World Championships in Stuttgart, Germany.

Editor's Note: Earlier, we mistakenly reported that Simone Biles had set a new record for most world championship medals. She is one medal away from tying the record.

As of Thursday, Simone Biles is a step closer to being the greatest gymnast ever to have competed in the world championships.

Biles won her fifth world all-around title by dominating the field at the 2019 World Gymnastics Championships in Stuttgart, Germany. With the win, she now holds 22 world medals.

The 22-year-old is hoping to surpass Belarusian Vitaly Scherbo, who accumulated 23 medals at the world championship stage when he competed during the 1990s. After starting the day needing two medals to tie Scherbo, Biles now needs only one to match him. She'll try to accomplish that in the upcoming individual events, which run through Sunday.

Biles competed Thursday in four disciplines against the top 23 gymnasts from the qualifying round. Her combined score was 58.999, earning her the all-around gold by a wide margin of more than 2 points.

Xijing Tang of China placed second with 56.899. Russian gymnast Angelina Melnikova collected the bronze, with an overall score of 56.399.

In last year's competition, Biles won the individual all-around gold medal and scored the most points in the vault and floor events.

At this year's championship, Biles placed first in the vault portion of the all-around event with a score of 15.233. She was also first on the balance beam, where she scored 14.633 points.

The native of Texas ended the 2019 all-around competition with a bang by placing first on the floor segment, with a score of 14.400 that secured her victory.

Athletes and celebrities flocked to Twitter to praise Biles' 2019 performances.

Biles has four signature gymnastic moves named after her.Gymnasts must submit it for consideration and successfully land it at a major competition to have a move named after them. Two of those moves, the "Biles II" and the "Biles", were added during Biles's 2019 performances.

Despite her record-setting performance at the championships, both Biles and USA Gymnastics expressed disappointment at the points classification the "Biles" was assigned. The FIG Women's Technical Committee said the move was given a lower score in order to dissuade gymnasts from attempting a potentially dangerous maneuver.

Earlier, we mistakenly reported that Simone Biles had set a new record for most world championship medals. She is one medal away from tying the record.