Accessibility links
Kevin McAleenan Out As Homeland Security Secretary, Trump Tweets McAleenan "wants to spend more time with his family and go to the private sector," President Trump tweeted. He is the latest casualty at the massive agency responsible for protecting U.S. borders. 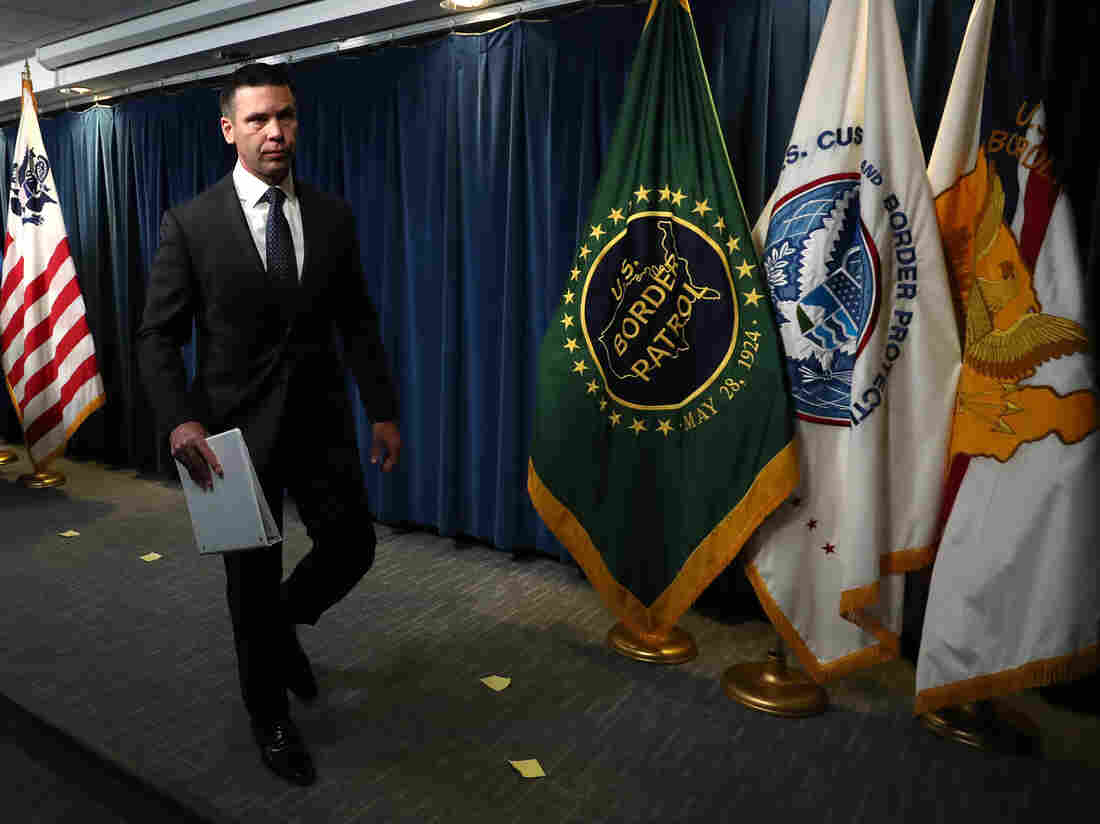 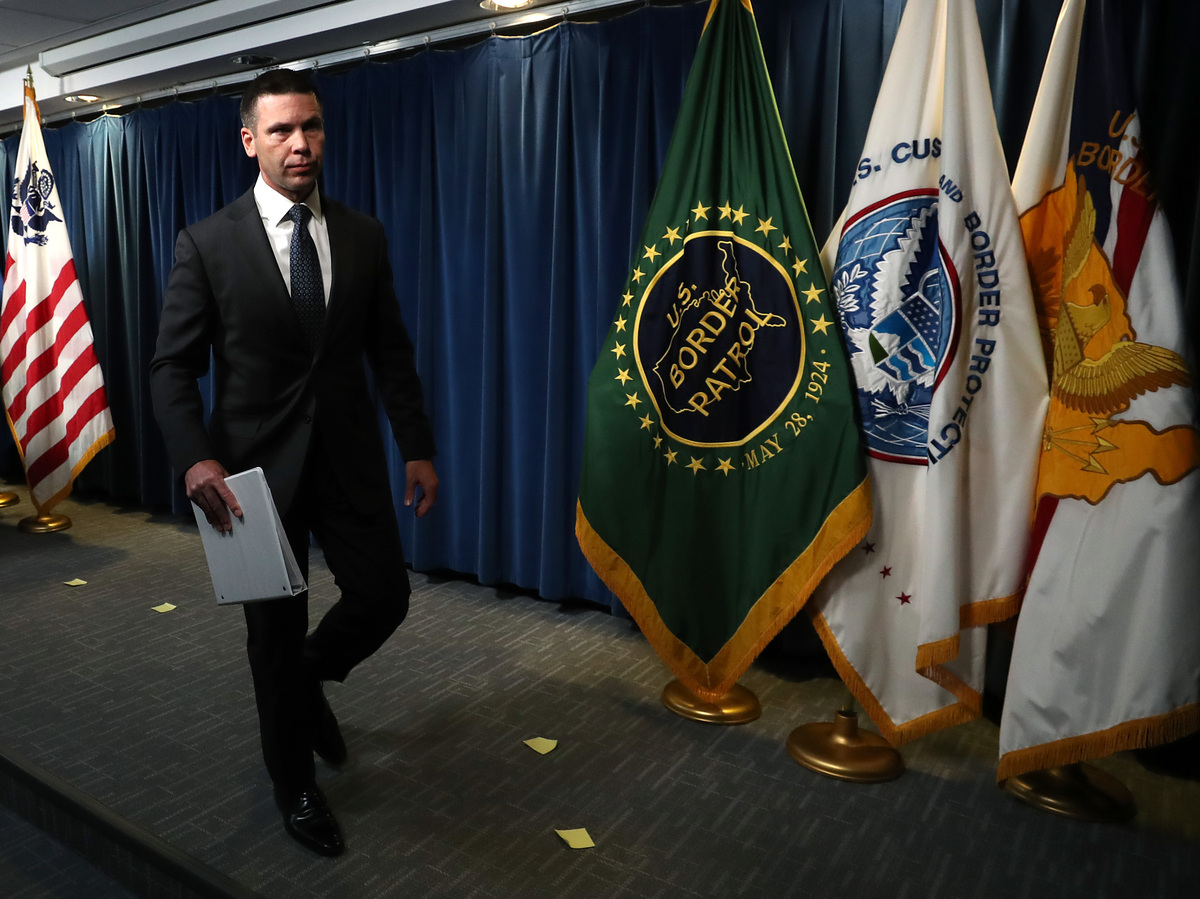 President Trump said in a tweet Friday night that McAleenan had done an "outstanding job" but that he wanted to "spend more time with family and go to the private sector."

Trump added that he would announce a new acting secretary next week.

During his tenure, McAleenan, a career civil servant, managed to decrease the number of people entering the United States illegally across the southern border. But in an interview with The Washington Post last week, he complained about the "tone, the message, the public face and approach" of the nation's immigration policy.

The departure continues a purge of leadership at the Department of Homeland Security at Trump's behest and raises more uncertainty over management at the massive agency created after the Sept. 11 terrorist attacks.

"President Trump is now completely rid of the team that delayed, undermined, and stalled the 2016 election's mandate," a hard-line immigration enforcement ally of the administration said. "He has what he's never had before: competent personnel to carry out his vision on immigration."

Some are already calling for Trump to move acting Citizenship and Immigration Services Director Ken Cuccinelli into the role.

"The president understands that the opposition seeks to stop his efforts to secure the border and restore control over our nation's immigration system through court orders and injunctions," the ally said. "What better force to stop this than the former AG of Virginia and one of the most skilled appellate lawyers in the country?"

Trump elevated McAleenan to serve as acting replacement for Nielsen just days after he said he wanted the administration to go in a "tougher direction" as illegal border crossings had increased.

McAleenan previously served as commissioner of U.S. Customs and Border Protection after having served as acting commissioner since the beginning of the Trump administration.

He was well-liked among Republican and Democratic administrations. In a letter to Congress obtained by ABC News expressing "enthusiastic support" for McAleenan's nomination to lead U.S. Customs and Border Protection, officials from both the George W. Bush and Barack Obama administrations called McAleenan "supremely qualified."

But he quickly drew scrutiny from hard-liners close to Trump for his ties to the Obama administration, where he was deputy commissioner of the agency.

McAleenan thanked Trump for the opportunity to serve and said DHS had "made tremendous progress mitigating the border security and humanitarian crisis."