Accessibility links
Nobel Peace Prize Goes To Ethiopia's Prime Minister Abiy Ahmed The Ethiopian leader received the award for his efforts to bring an end to 20 years of war with neighboring Eritrea. 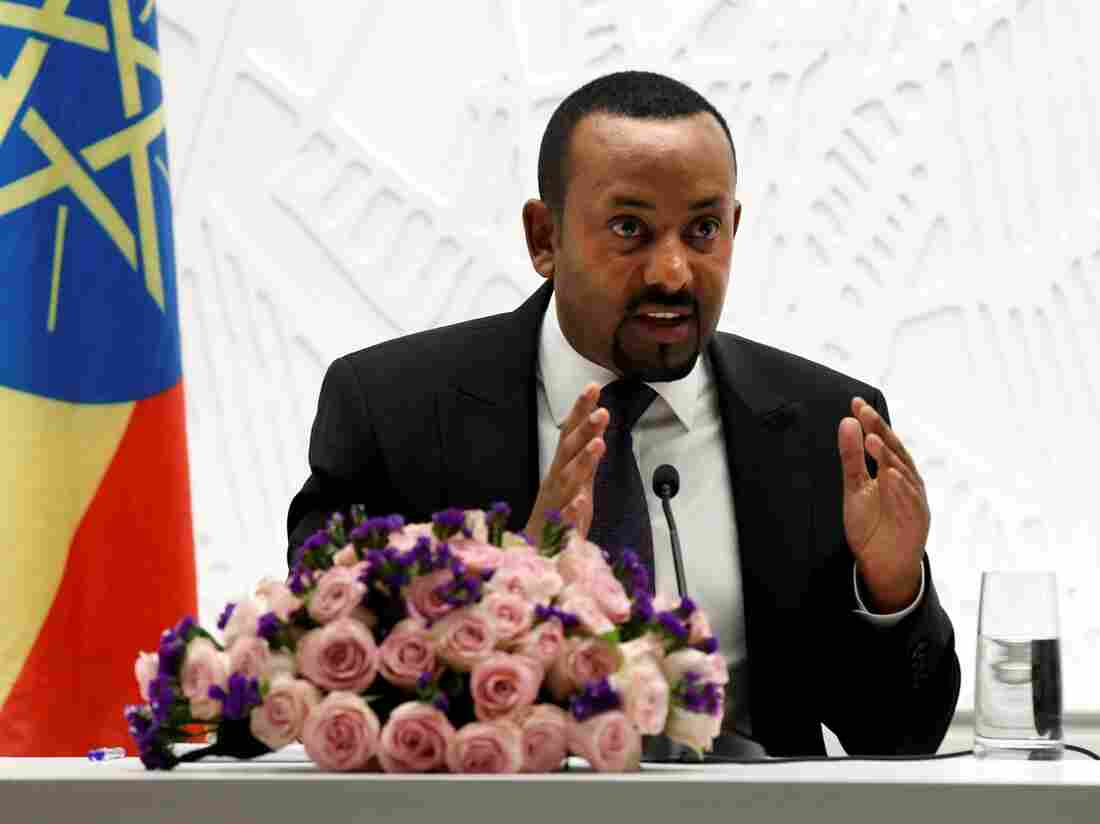 Prime Minister Abiy Ahmed, shown at a news conference on general elections in Addis Ababa, Ethiopia, in August, has won the Nobel Peace Prize for his work toward a peace initiative with neighboring Eritrea. Michael Tewelde/AFP/Getty Images hide caption 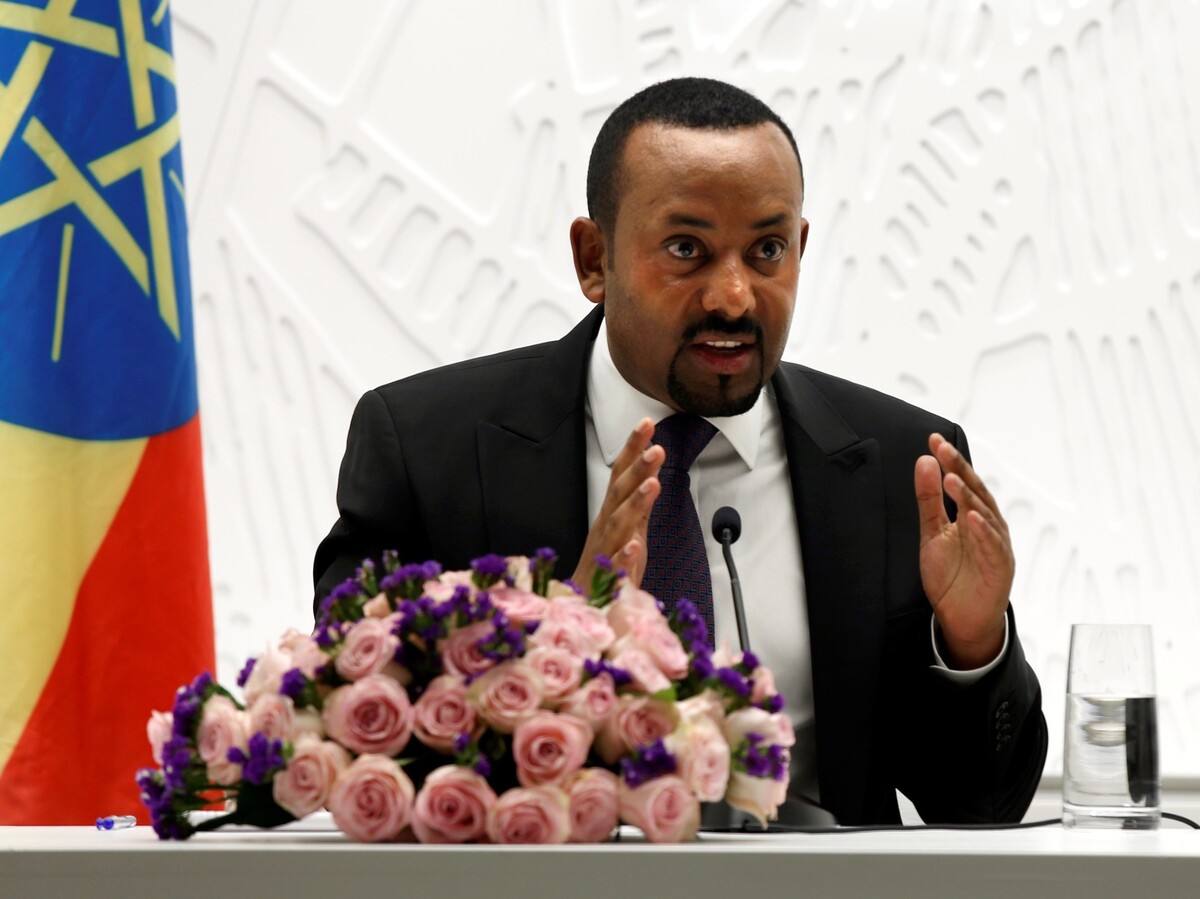 Prime Minister Abiy Ahmed, shown at a news conference on general elections in Addis Ababa, Ethiopia, in August, has won the Nobel Peace Prize for his work toward a peace initiative with neighboring Eritrea.

The Nobel Peace Prize has been awarded to Ethiopian Prime Minister Abiy Ahmed "for his efforts to achieve peace and international cooperation" in resolving the border conflict with neighboring Eritrea, the Norwegian Nobel Committee in Oslo said Friday.

Berit Reiss-Andersen, the chairwoman of the five-member committee that made the award, credited Abiy with a peace initiative aimed at ending two decades of conflict between the two east-African neighbors that began over border disputes in 1998 only a few years after Eritrea gained independence.

"When Abiy Ahmed became prime minster in April 2018, he made it clear he wishes to resume pace talks with Eritrea," she said. "In close cooperation with the president of Eritrea, Abiy Ahmed quickly worked out the principles for a peace agreement to end the long no peace stalemate between the two countries."

When Abiy took office, he freed political prisoners and managed in the same year to sign a peace deal with the Eritrean leader, Isaias Afwerki — agreeing in the process to cede disputed land to his country's erstwhile enemy.

"Peace does not arise from the actions of one party alone," Reiss-Andersen said. "When Prime Minister Abiy reached out his hand, President Afwerki grasped it, and helped to formalize the peace process between the two countries."

"Additionally, Abiy Ahmed has sought to mediate between Kenya and Somalia in their protracted conflict over rights to a disputed marine area. There is now hope for a resolution to this conflict," she said.

"In Sudan, the military regime and the opposition have returned to the negotiating table. On the 17th of August, they released a joint draft of a new constitution intended to secure a peaceful transition to civil rule in the country. Prime Minister Abiy played a key role in the process that led to the agreement," Reiss-Andersen added.

As NPR's Eyder Peralta noted in December, "Seemingly overnight, [Abiy Ahmed] opened up a democratic space — allowing foes, allies and regular Ethiopians a chance to speak their minds — after decades of authoritarian rule."

Since 1901, there have been 100 Nobel Peace Prizes awarded to individuals and 24 have gone to organizations.

This week, 12 Nobel laureates have been named and 11 of them have gone to men. The Nobel Memorial Prize in Economic Sciences will be awarded on Monday.