Accessibility links
Blizzard Entertainment Reduces Penalties Following Outcry Over Blitzchung's Ban In the days after the company banned a Hong Kong player from competing, people across the world denounced Blizzard and showed their support for pro-democracy protests. 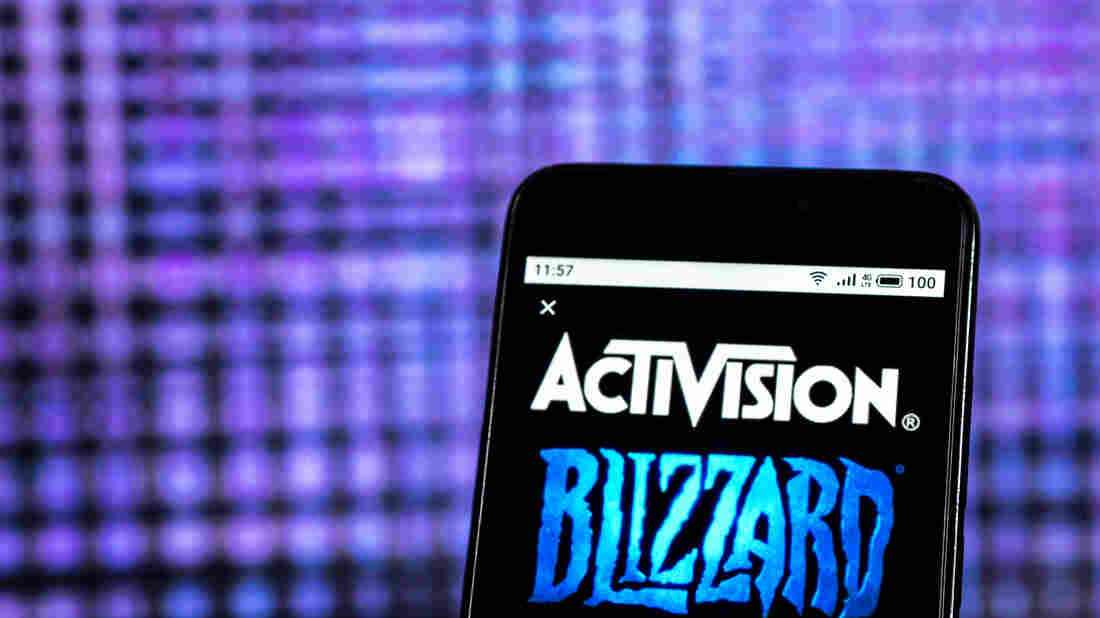 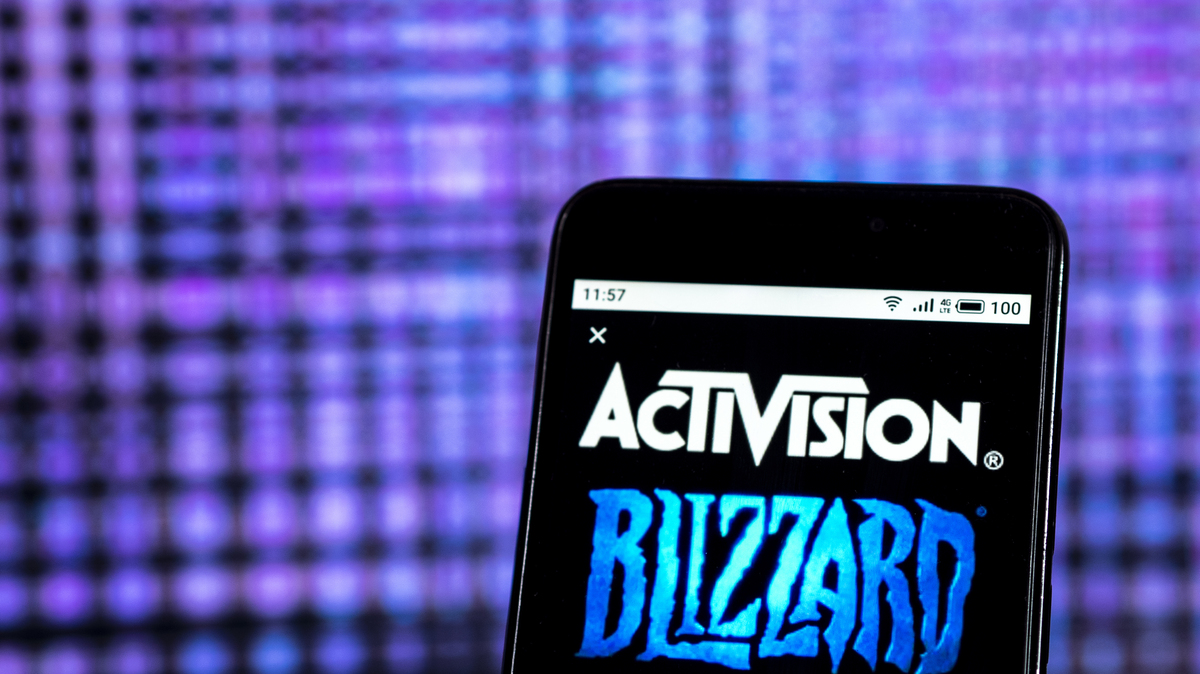 The logo of Activision Blizzard, the parent company of Blizzard Entertainment.

Facing public backlash over penalizing a gamer for his statements in support of Hong Kong protesters, Blizzard Entertainment released a statement late Friday announcing a reduction of his penalties.

Blizzard Entertainment initially banned professional esports player Blitzchung from competitions for 12 months and rescinded his 2019 winnings, said to be $10,000, over his statements in support for Hong Kong's pro-democracy protests.

Blizzard Entertainment President J. Allen Brack said in a statement Friday that the company's relationship with China "had no influence on our decision" and that the "specific views expressed by blitzchung were NOT a factor in the decision we made." Brack said the company wanted broadcasts to remain focused on gaming alone and "not a platform for divisive social or political views," regardless of the message.

But Blizzard said it had initially "reacted too quickly" and would reduce Blitzchung's tournament participation ban from 12 months to six and said it would reinstate his competition winnings.

The announcement came amid a growing protest movement against the company in the gaming community.

Last Sunday, Blitzchung, whose real name is Ng Wai Chung, appeared on a Twitch broadcast after playing in a Hearthstone tournament. Blitzchung, who lives in Hong Kong, ended his remarks by reciting the popular Hong Kong protest slogan, "Liberate Hong Kong, revolution of our times." At the time, he was wearing a gas mask and dark goggles, evoking the gear activists have worn during months of street protests.

On Saturday, Blitzchung reacted to the decision on Twitter, saying he thanked others for the attention and he would have more to say later.

Nathan "Admirable" Zamora, a commentator for the Hearthstone Grandmasters tournament, announced Thursday that he was stepping down from his role as a "caster" on the Hearthstone broadcast team.

"In Hearthstone, good strategic play involves making the right choice, even if that choice will sometimes cost you. You think about the range of possibilities from the other side," Zamora said in a tweet. "With the hand you're dealt, you make the best choice you can, even if the foreseeable outcomes hurt. That doesn't mean you should make worse choices — it means do the right thing, even if you pay the price."

Zamora is the second esports caster to step down from his position. Brian Kibler also announced his departure, saying he "will not be a smiling face on camera that tacitly endorses this decision." Two of their colleagues released statements denouncing Blizzard's action, but it seems they will continue to cast the Grandmasters tournament.

In another act of solidarity with Blitzchung, a user claiming to be a Blizzard employee posted a photo to Reddit showing people holding umbrellas — a reference to 2014's Hong Kong Umbrella Movement — as they congregated around an orc statue on the campus at Blizzard's headquarters in California.

Not everyone at Blizzard agrees with what happened.

Both the "Think Globally" and "Every Voice Matters" values have been covered up by incensed employees this morning. pic.twitter.com/I7nAYUes6Q

Players are also finding ways to protest Blizzard. During a Hearthstone Collegiate Champs match, which was organized by esports company Tespa in partnership with Blizzard, players from American University held up a sign that read "Free Hong Kong, boycott Blizz."

Casey Chambers, one of the players on the team, said that they, at minimum, expected a ban in retaliation for their actions — but they were not given one by Tespa officials. The team was scheduled to compete in another game next week, but Chambers told NPR they intend to forfeit the tournament in solidarity with Blitzchung.

"This shows Blizzard's hypocrisy in how it treats different regions," the team said in a statement. "They are hesitant to suppress free speech when it happens in America, on an English language stream, but will throw casters' and players' livelihoods under the bus if they are from Hong Kong or Taiwan."

Over the past week, gaming fans have found creative ways to show their support for Blitzchung and Hong Kong. Some have created pro-Hong Kong fan art of Mei, a Chinese character in the Blizzard game Overwatch, in an attempt to have Blizzard ban the game in China. And a look at the official Hearthstone Twitch stream shows users have been spamming a ping pong paddle in the chat box accompanied by the sentence, "Spam this pong to free Hong Kong."

Gamers aren't the only ones incensed by Blitzchung's ban. U.S. Sens. Marco Rubio, R-Fla., and Ron Wyden, D-Ore., tweeted statements denouncing Blizzard's action, saying it had given in to capital influence from China. As NPR reported earlier this week, Tencent Holdings Limited, a Chinese conglomerate, owns a 5% stake in Blizzard's parent company.

Blizzard shows it is willing to humiliate itself to please the Chinese Communist Party. No American company should censor calls for freedom to make a quick buck. https://t.co/rJBeXUiwYS

Blizzard Entertainment and Blitzchung have not responded to requests for further comments.