Accessibility links
Edna O'Brien On 'Girl' And 6 Decades Of Writing Women's Stories In Girl, a young woman in Nigeria is abducted by Boko Haram — and that's just the beginning. For nearly 60 years, its Irish author has written about women "both as victims and as fighters, combined." 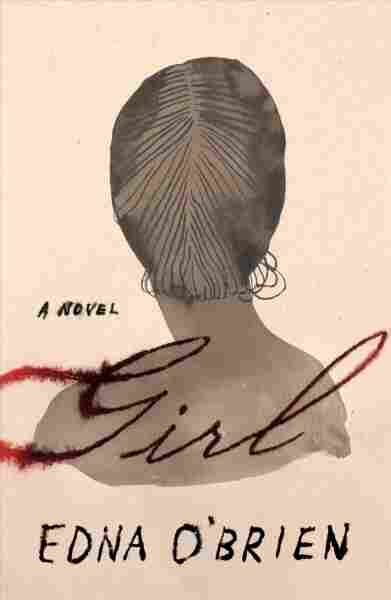 I was a girl once, but not any more.

That's the first sentence of Edna O'Brien's new novel. It goes on:

I smell. Blood dried and crusted all over me, and my wrapper in shreds. My insides, a morass.

As you're already gathering, the novel can be hard to read. It is a fictional portrait of the girls abducted by Boko Haram in Nigeria five years ago: their kidnapping, their suffering, how many of them were raped and forced to marry. It may not be appropriate for everyone.

But the book Girl also tells a story of quiet dignity — of hope and love.

Edna O'Brien, who is 88 now and published her first novel The Country Girls nearly 60 years ago in her native Ireland, made two trips to Nigeria to research the novel.

"Well, I've always written about girls and women, both as victims and as fighters, combined," O'Brien says in an interview. "That duality: They've been through hell, and somehow they come through." 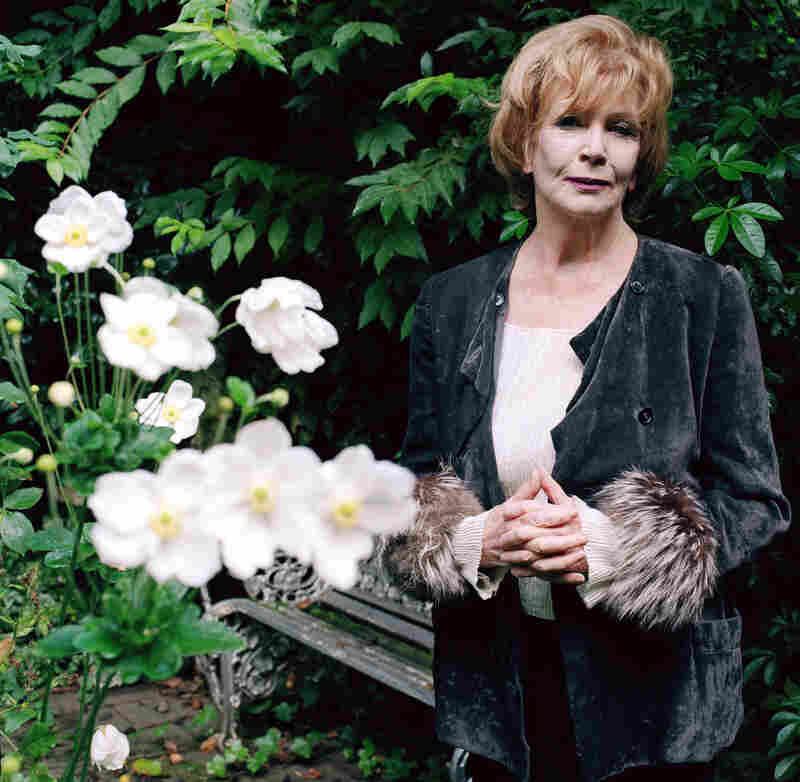 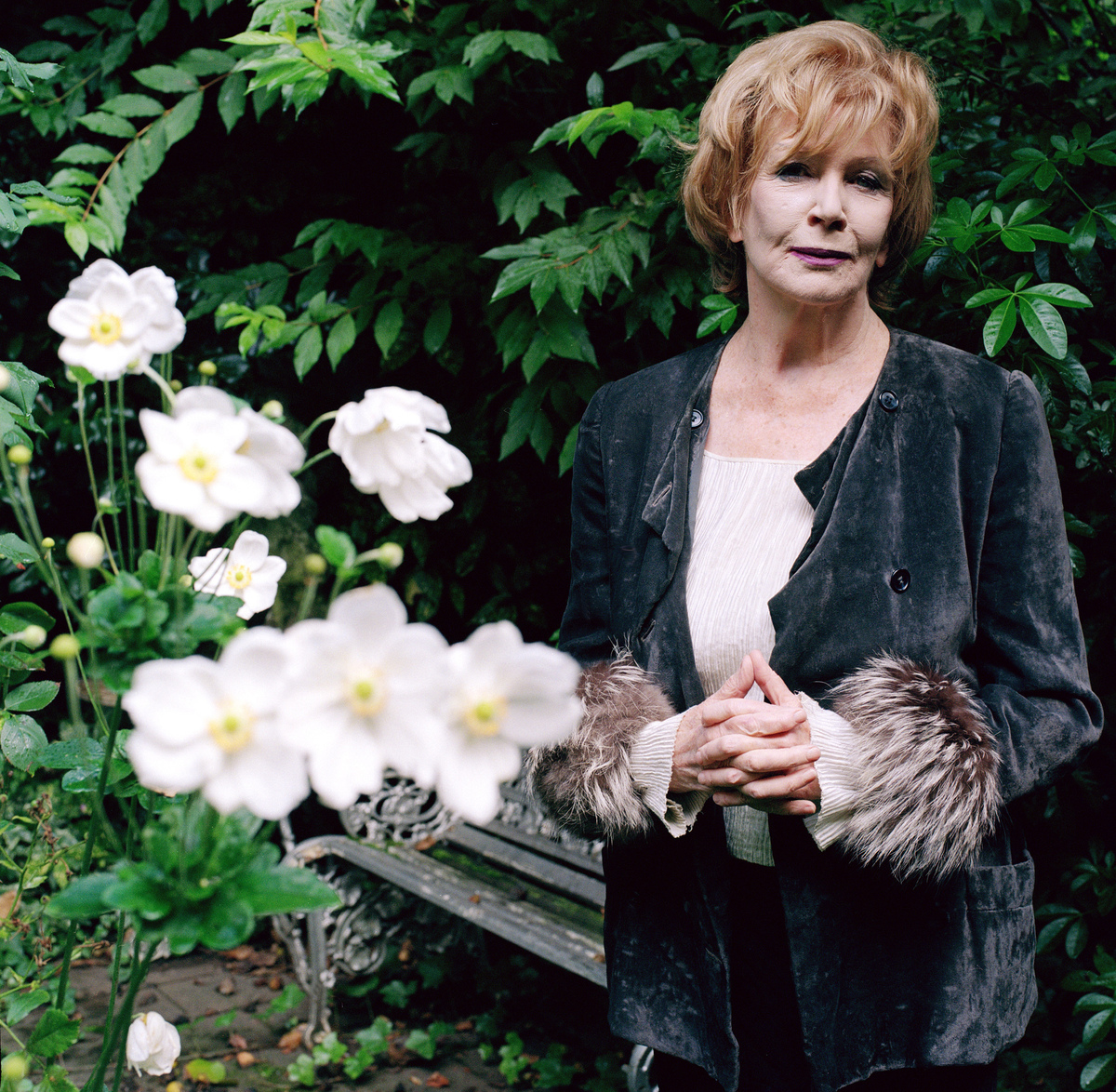 The author Edna O'Brien's latest book is Girl, which follows a young woman kidnapped by Boko Haram in Nigeria.

So one day I was in a waiting room (Doctor's [office]) and I read a small item in a newspaper while I was waiting which said: A girl called Amina Something Something was found in Sambisa Forest wondering with her baby with nothing to eat, didn't know her name and didn't know where she was. And for some reason that's inexplicable to me, I thought: I have to write that story. I didn't think it when I first read about the girls, or when I heard about the hashtag #BringBackOurGirls. There was something about the girl alone in a forest that resonated with maybe lived and maybe imagined experience inside me.

One can't write a novel about an outside subject unless it has some conceiving within the writer's own self. And the world is full of stories; the world is full of very difficult stories. But that was the one that I believed I would be able to write about with both pain and passion and enthusiasm.

On the fairy-tale quality of the story

Absolutely. I wanted that. I am a great admirer of fairy tales, for their magic and for their darkness. I love the Brothers Grimm, I love Hans Christian Andersen, because those stories have everything in them. They have the suspense of great stories, but they also have that thing of the unknown — and usually an individual encountering, either in nature or in human beings, something that they fear they may never come through.

On the brutality and horror of the acts described in Girl

There's also humanity, I'd like to stress. It's not horror for the sake of horror. Greek drama, Greek tragedy, Greek fiction, Homer — I hope it's not too conceited to mention the great Homer and others — is raw. It has to be raw in order to be truthful. But there is a crucial difference, and this I would like to emphasize, between what is raw and truthful as opposed to what is lurid and, if you like, souped-up or manufactured.

On if men are more likely to read her work now

Well, I think when I started writing, it was exclusively women who read my books, and identified to some extent with them, or else criticized them for being too much about victims. They didn't understand I was writing about victims in order to make the journey of the victims' emergence to victor — or to someone, at least, who comes through these things which are part of human life. With this book, the reviewers have mostly been women because, I suppose, with the title and the material. But I think there would be a percentage more of women — but men are either ready or curious, I don't know which, to also read my books nowadays. ...

I definitely, for my own sons Carlo and Sasha — I think men have changed. They've changed a lot about their affection or their demonstrated affection towards their children. Men have fathers. You see fathers now as often as (in the West) as you do mothers carrying babies or wheeling pushcarts or whatever.

On if she has another book in her

I would like to think there is. I have no guarantee, yes; I have no insurance policy about it, but writing has been my whole life. It has been as essential to me, I think, as breathing. If I couldn't write I would be — I'm anxious as a writer, and I can't say that I find it easy, because I rewrite very extensively and worry when I'm writing, which is more or less all the time. I sound very boring; I'm sorry. But if I could not do that — if I did not have writing ... it is my inner world. It's my inner chamber.

Emily Dickinson was always writing about the different chambers of the mind. The chamber of my mind ... or what Flaubert called his "royal room" have all to do with writing and reading, then rereading great literature. Because I think literature is one of the most important things in our life, and at our peril we would abuse, discredit, minimize or throw it away.

Justine Kenin and Courtney Dorning produced and edited this interview for broadcast. Patrick Jarenwattananon adapted it for the Web.