Accessibility links
Trump Announces Phase 1 Of Trade Deal With China As part of the deal, the next round of 30% tariffs will not be imposed. More agriculture trade between the two countries is expected. 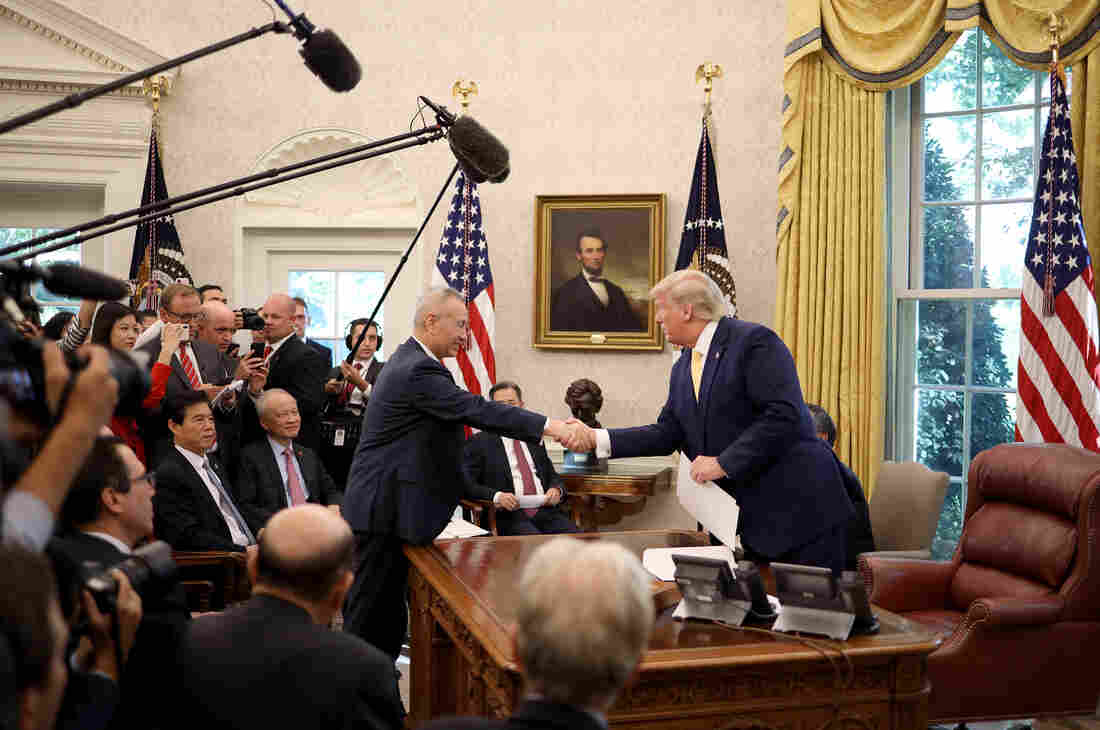 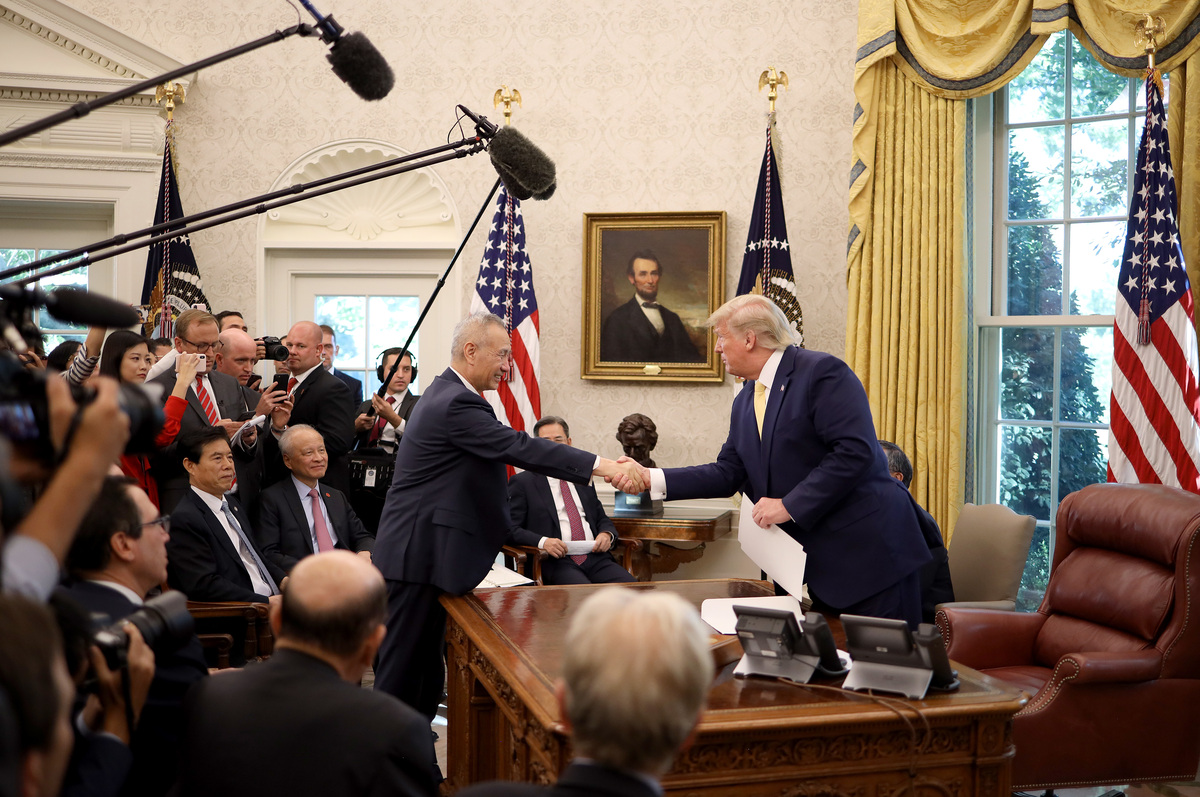 President Trump shakes hands with Chinese Vice Premier Liu He in the Oval Office at the White House on Oct. 11 in Washington, D.C. Trump announced a 'Phase 1' partial trade deal with China.

President Trump on Friday announced what he calls "Phase 1" of a larger trade deal with China.

As part of the deal, a tariff increase planned for next Tuesday will not be imposed. The U.S. was scheduled to raise tariffs on about $250 billion worth of goods on Oct. 15 from 25% to 30%.

The specifics of the deal are still being hammered out, and they haven't been signed yet. President Trump said he hopes that will happen in the next month or so. The leaders of the U.S. and China are expected to meet in November.

"We'll do a formal signing with President Xi and myself," Trump said of the meeting in Chile, which is hosting the Asia Pacific Economic Cooperation meetings in November.

Leading up to the latest talks, the president had said he wanted to strike a comprehensive agreement which would include more Chinese enforcement of intellectual property rights, an end to the forced transfer of U.S. technology, greater access to Chinese markets and limits on subsidies of China's state owned businesses.

Why The Prices Of Irish Butter, Scotch Whisky, Other European Goods Are Going Up

Progress appears to have been made on some of these issues. While full details of the deal weren't available, Trump said it encompasses agreements on intellectual property and financial services. He said it also includes a deal for China to purchase up to $50 billion worth of agricultural goods from American farmers.

The economies of both the U.S. and China have slowed since the tit-for-tat tariffs began 18 months ago. In the U.S., manufacturing and agriculture are two sectors notably cited in the U.S. slowdown. Both sectors rely critically on trade.

"With our two teams making progress on some parts of the agreement under consultation, it is important that we address each other's concerns properly and make positive headway in the other areas as well," Xi said in a letter to Trump.

"A healthy and steady China-U.S. relationship serves the interest of our two countries and the world at large," Xi added. "Let us work together to manage differences on the basis of mutual respect and expand cooperation for mutual benefit, so as to bring our relations forward along the right track."

GDP growth in the U.S. has slowed to 2% and is likely lower than that in the third quarter, which just ended. The administration has sought to compensate farmers for lost export sales with a $28 billion aid package distributed by the Department of Agriculture.