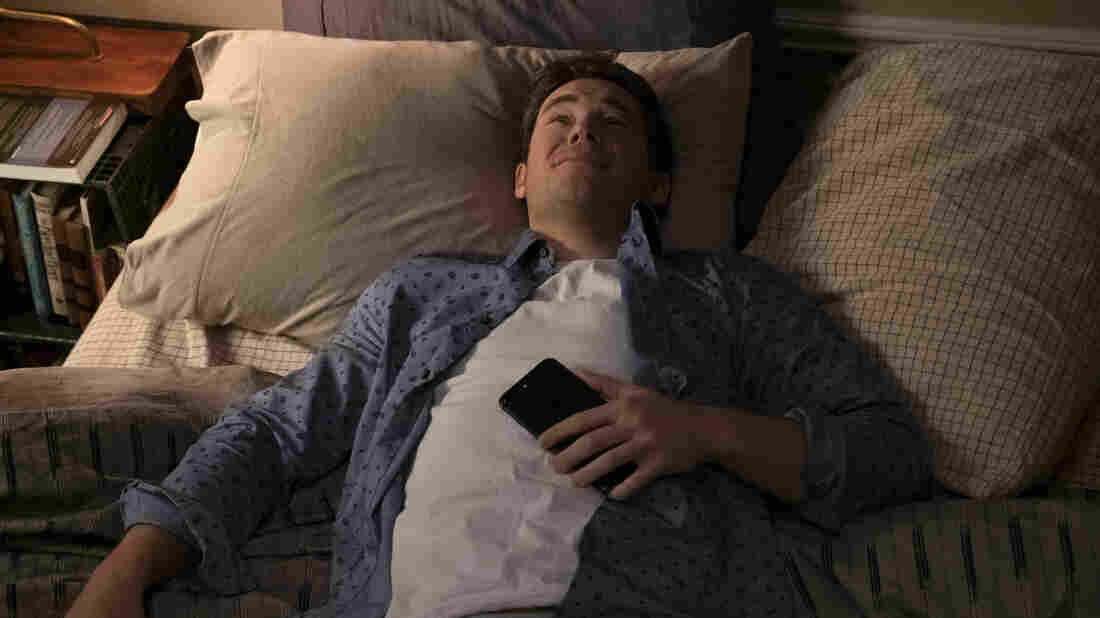 Adam DeVine stars as a technology-dependent man whose life gets derailed by a new feature on his phone: an AI assistant Jexi, voiced by Rose Byrne. David Moir/Lionsgate hide caption 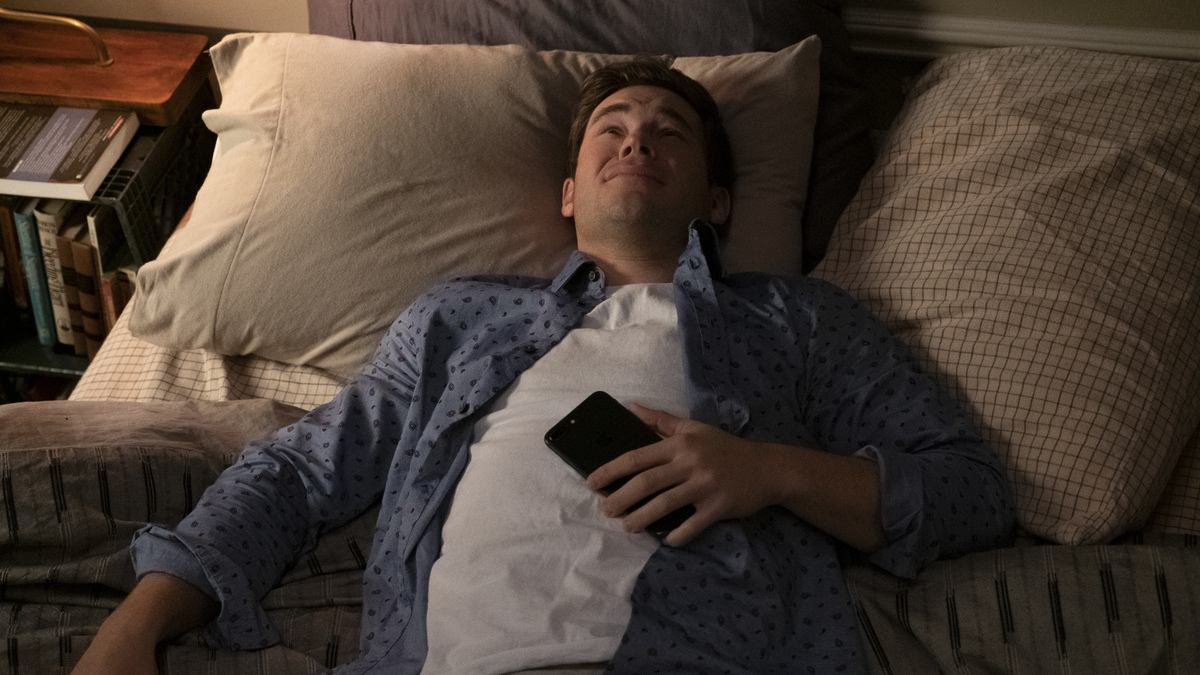 Adam DeVine stars as a technology-dependent man whose life gets derailed by a new feature on his phone: an AI assistant Jexi, voiced by Rose Byrne.

In Jexi, Adam DeVine's life partner calls him an idiot, a "little bitch," and many other, less printable things. The abuse is near-constant. The person heaping it on him is his phone.

A would-be satire of millenial tech obsession, Jexi is like if the AI in Her were raised on Don Rickles. The phone (voiced by Rose Byrne in a weary-sounding Siri imitation) belittles DeVine's Phil for being an antisocial loner, too quick to give up on his professional dreams, too cowardly to make friends or ask a girl on a date. Because this is an R-rated comedy made by Jon Lucas and Scott Moore, the guys behind the Hangover and Bad Moms movies, Jexi also makes fun of Phil's penis.

It seems likely, based on the laziness of the concept and this film's generic male-ness, that Lucas and Moore didn't put a lot of thought into the specific nature of Jexi's behavior. But funny enough, they've hit on something real here. Our devices do abuse us, a little more every day, barking out instructions on where to go, what food to eat, and what music to listen to, all while siphoning away more of our attention and making money off our data. We insist we are competent, independent adults, and yet we'd be lost without them, so we take whatever they dish out, even when they invade our privacy or laugh at us.

OK, so none of these observations are exactly new. And Jexi is, by and large, not smart enough to do anything with the intriguing codependency issues it's created between Phil and his phone. But give it credit for being marginally better than any dumb, one-joke, not-screened-for-critics comedy about a potty-mouthed Siri has the right to be. For one thing, despite the old-man energy that sometimes seeps into the humor, the movie is fairly accurate in its depiction of spiritually empty tech yuppie life. Phil lives in San Francisco, where no one can look up from their phones long enough to enjoy the beautiful views of the Bay; he has a degree in journalism but works at a Buzzfeed-y website where he has to compile lists of cats all day. (Yes, there is an "actual journalism" wing of the site, which the list-making undesirables have been cordoned off from.) For fun, the characters play in kickball leagues or go on light-up night bike rides—although Phil, echoing the lonely behavior of many in his generation, prefers to go home and binge on Netflix and takeout until he falls asleep. "I feel more comfortable just being at my house by myself," he says.

The film loses some steam when it gets to the jokes. Jexi arrives in Phil's life without explanation, after his previous phone breaks. She pushes him to become a better man, but as a vengeful cloud-based entity, she also does all the things you'd expect a first-draft comedy writer to come up with: mess with his Google Maps, order food he doesn't like, email d**k pics to all his coworkers. Jexi's more interesting as an anthropological snapshot of what we all thought our phones were doing to us in 2019 than as a vehicle for humor. The stranded DeVine, for all his goofy charms as an actor, quickly exhausts our patience; he's in nearly every frame of this movie, and his screen partner is a phone, which means a hell of a lot of mugging for the camera.

The supporting cast has better luck keeping this thing afloat. Michael Peña, especially, is hilariously manic as Phil's list-making boss, dispatching wisdom on how to make British Royal Family-inspired clickbait as he fist-pumps his way out of conference rooms. The guy needs to be in more comedies. Alexandra Shipp (X-Men: Apocalypse) is charming as the love interest, an outdoorsy hipster who runs a bike shop and has largely sworn off technology. And Wanda Sykes, as a phone store employee, does a good riff on the link between her device-obsessed customers and crackheads.

This kind of small-fry humor is good for a few chuckles, although the film's intended audience won't be watching it. The most far gone of device addicts today no longer have the attention span to sit in a theater and absorb an 84-minute movie without looking at their own phones. And that goes double when the film itself is only intermittently worthy of their attention.