Accessibility links
In 'Olive, Again,' Elizabeth Strout Comes Back To The Ever-Complex Kitteridge Elizabeth Strout won a Pulitzer Prize for her 2008 novel that spun together 13 connected stories of love, loss and loneliness. She returns to the small town of Crosby, Maine in Olive, Again. 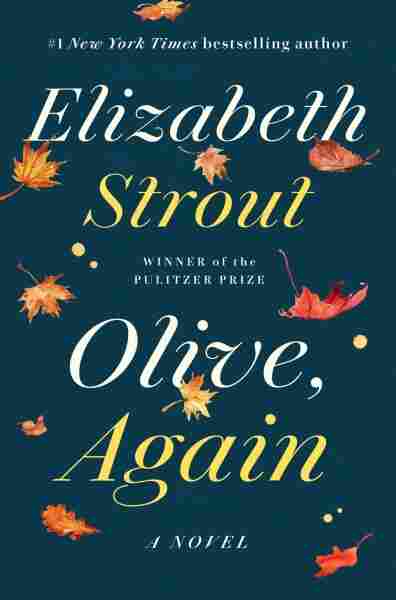 Elizabeth Strout didn't really plan to return to the world of Olive Kitteridge, but her character had other ideas. Strout won a Pulitzer Prize for her 2008 novel that spun together 13 connected stories of love, loss and loneliness in the small town of Crosby, Maine.

Years later, Strout was sitting in a café in Norway, and she suddenly saw Olive "very vividly, driving into the marina." Strout immediately started writing a story that would become the first in her new collection: Olive, Again.

Diving back into Olive's life "wasn't a difficult decision — it wasn't even a decision," Strout says. It was clear: "We've got more to say about you."

On her mother, now 92, who taught expository writing

On imagining other people's stories

I have observed people from my earliest memory. I have really, really watched and listened very, very carefully and I have always, always been propelled forward by the question of: What does it feel like to be another person? Because we don't know. When you think about it, we never know. We're only inside ourselves and so that ability to intuit what might be in somebody else's mind is really something that I have been amazingly interested in from a very young age. So other people's stories are what I write.

On meeting her husband at one of her book appearances

He was in the audience ... and he asked a question. I couldn't see him because of the lights. But I just heard a deep voice say, 'You know, I'm from Maine.' And so I thought, well, everybody in New York claims some connection to Maine — you know, he probably went to camp there or something. And so I [asked] 'Oh, what part of Maine are you from?' and he said: 'Lisbon Falls.' And I realized: 'Oh, he really is from Maine.' So afterwards he was the first in line and that was that.

I don't know that we can separate the two that much. She's very, very much from Maine and I sort of think of her as a barnacle, you know, clinging to the rocks of Maine.

On her feelings about Olive

I'm perfectly aware that she comes from my imagination — it's not like I am channeling her or anything like that — but she's from my imagination and yet she is very, very distinct. And therefore my job to write about her accurately is to make sure that I don't hold her back. I let her behave as badly as I think she would. But at the same time I love her. ...

One of the most pleasant things for me about writing is that I suspend judgment on all my characters and it's so freeing. It's just a wonderfully freeing thing to realize I'm not there to judge them. I'm just there to report on what they're doing.

On why Olive resonates with readers

I think it is because she's just so complicated. I think honestly that many of us are complicated — maybe not as complicated as Olive — but there are enough complications within Olive for people to respond to her in a variety of ways and to recognize some piece of truthfulness that can touch them as well.

On whether Olive is still with her

Every character that I write — honestly they kind of stay in my ribs somehow. So ... she's stuck along with the rest of them in my ribs. So, yes and no. She's still a part of my life. She'll always be a part of my life. ... She is very interesting company, actually. She really is.

On whether there's another Olive book coming

The truth is I have absolutely no idea. I mean, I would say no. But how do I know? She showed up again one time, so who knows?

Hanna Bolaños and Samantha Balaban produced and edited this interview for broadcast. Beth Novey adapted it for the Web.