Accessibility links
Opinion: NBA Sidelines Free Speech In Favor Of China Scott Simon says the NBA has been handling China with kid gloves, in contrast with how outspoken coaches and players have been with their thoughts on America. 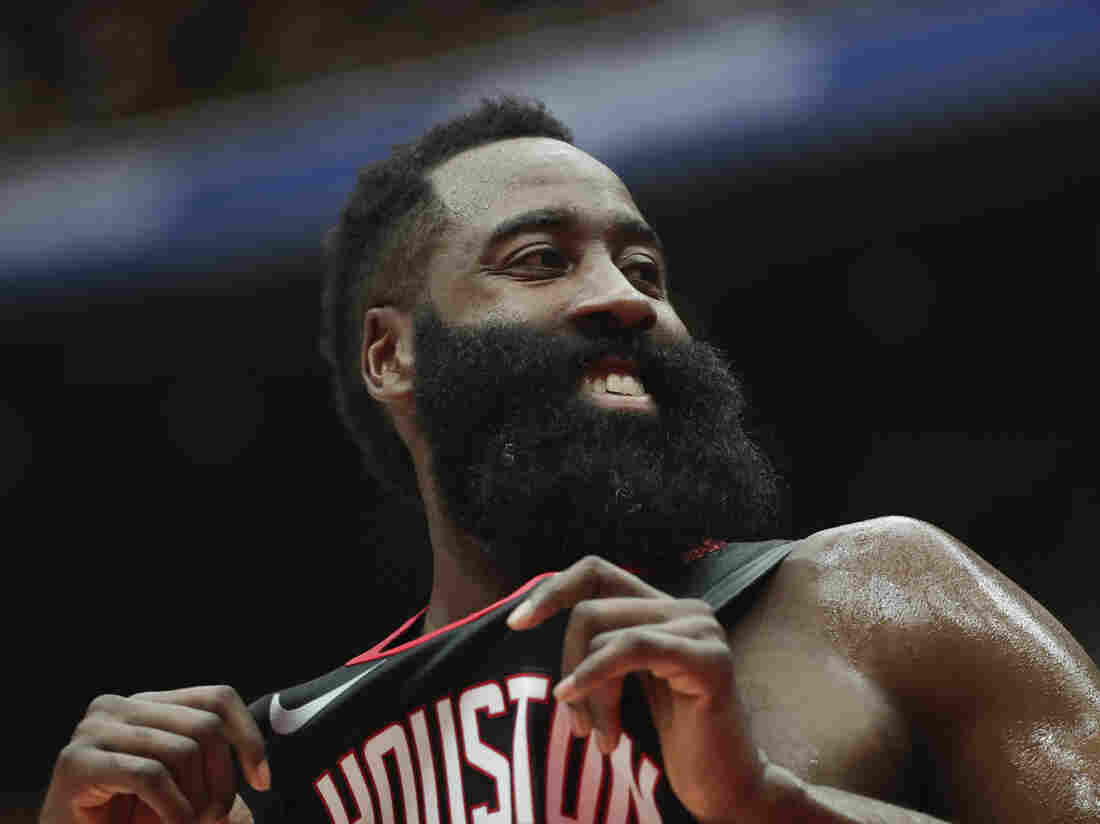 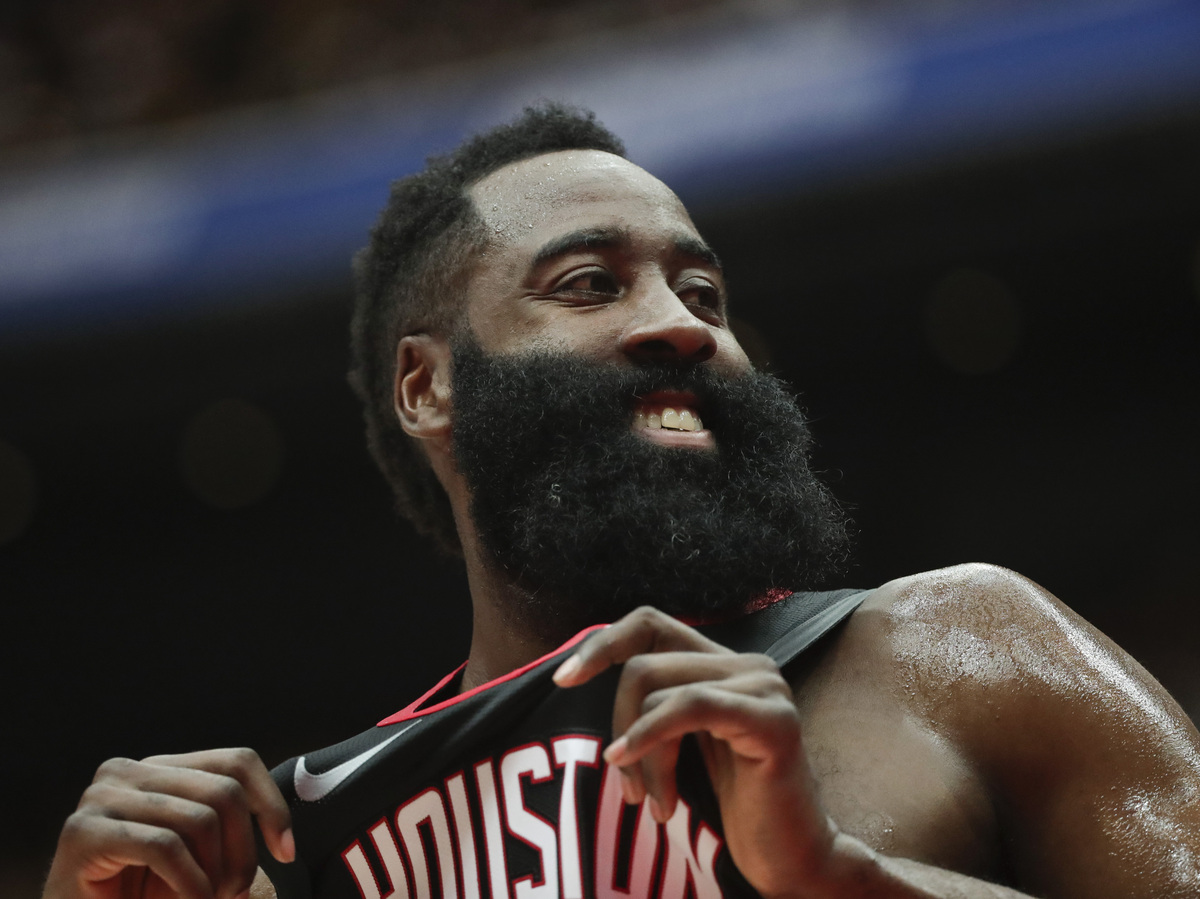 Houston Rockets' James Harden smiles during the first half of an NBA preseason basketball game against the Toronto Raptors.

James Harden, one of the greatest players in basketball, has the greatest beard in sports: long, wiry and full. And he wouldn't be allowed to keep his beard in the Xinjiang region of China, where more than a million Chinese Uighur Muslims have been imprisoned in reeducation camps and "abnormal" beards are outlawed as a sign of dissidence.

It's not surprising that when Daryl Morey, the general manager of Harden's team, the Houston Rockets, tweeted an image with the words, "Fight for freedom, stand with Hong Kong," Chinese state television stopped broadcasting and streaming the Rockets' games, and Chinese companies dropped their sponsorships. And it's not surprising NBA officials rushed to say they disagreed with the tweet. It is estimated that the NBA stands to make more than a half-billion dollars in China this year.

And James Harden, who has joined NBA stars in speaking out against police brutality and other urgent issues in America, apologized for Daryl Morey's tweet by saying, "You know, we love China. We love playing there. ... They show us the most important love."

Analysis: The Long Arm Of China And Free Speech

He may mean dollars and cents — or Tencent, the Chinese company that beams the NBA's games to some 500 million people. That vast following has made James Harden and other NBA greats not only famous in China, but also even richer with endorsement contracts.

Most Americans buy products from China without much care about how Chinese companies can pay low wages for long hours and sometimes treacherous conditions. We know China is an authoritarian country that censors its citizens, jails dissidents and suppresses free speech.

But the league's apologies for Daryl Morey's free speech in support of Hong Kong's protesters may have shown Americans just how much of our own free speech U.S. corporations are willing to surrender to keep doing business with China.

NBA players have made public stands to support the Black Lives Matter movement and decry police brutality. Seventy-four percent of the players in the NBA are African American. About 20% are from other countries. The league has stood up for players and coaches who criticize U.S. political figures, and NBA Commissioner Adam Silver has spoken proudly of what he has called their "sense of an obligation, social responsibility, a desire to speak up."

But protesters in Hong Kong and jailed dissidents all over China might tell the NBA how speaking up has cost them a lot more than money.

A previous version of the audio and Web version of this column incorrectly said the NBA may make more than $4 billion in China this year. That is the value of the league's overall business in the country.