Accessibility links
Typhoon In Japan Leaves Up To 33 Dead, 19 Missing Typhoon Hagibus has been downgraded to a tropical storm. Helicopters, boats and thousands of troops were mobilized across the country to rescue people after the storm made landfall on Saturday.

Typhoon In Japan Leaves Up To 33 Dead, 19 Missing

Typhoon In Japan Leaves Up To 33 Dead, 19 Missing 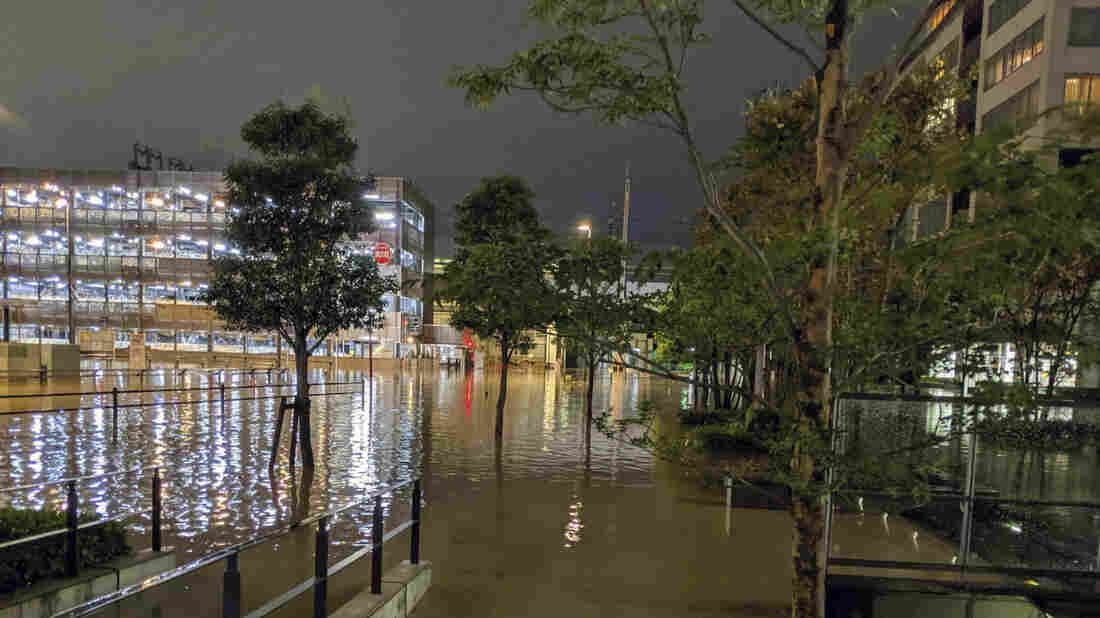 The streets in Kawasaki, near Tokyo, flooded after Typhoon Hagibis made landfall Saturday. Helicopters plucked people from their flooded homes on Sunday as rescue efforts went into full force in wide areas of Japan. @ar_kaz/AP hide caption 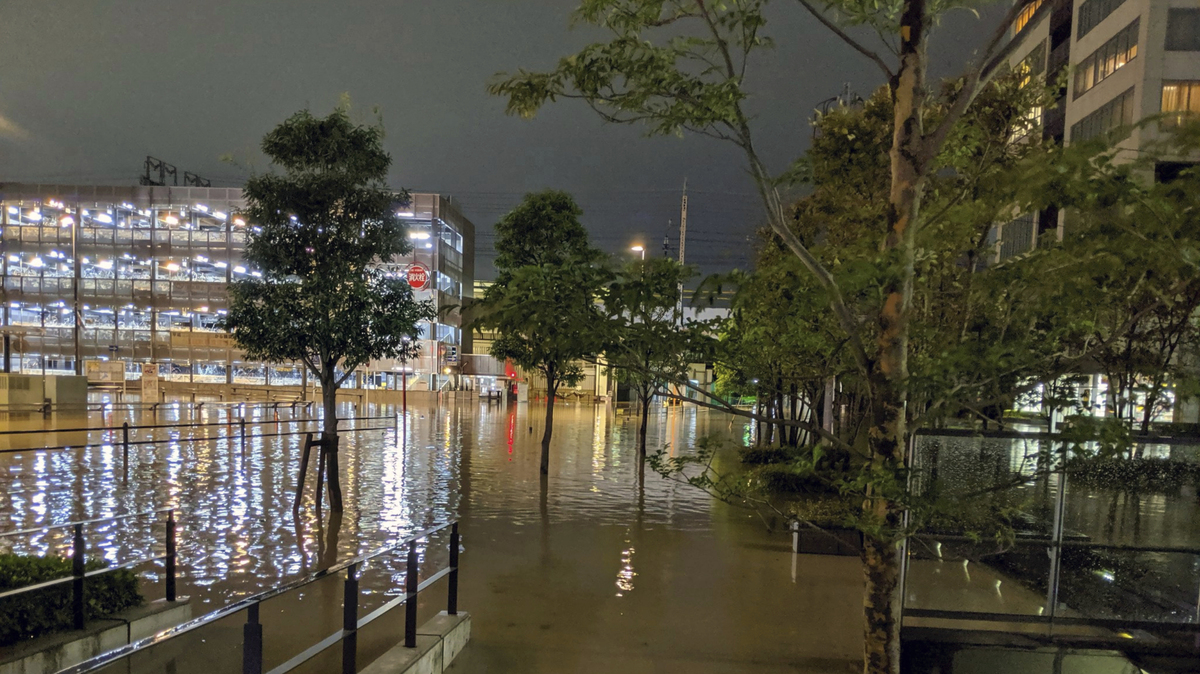 The streets in Kawasaki, near Tokyo, flooded after Typhoon Hagibis made landfall Saturday. Helicopters plucked people from their flooded homes on Sunday as rescue efforts went into full force in wide areas of Japan.

Typhoon Hagibus has left a trail of death and destruction in Japan. It has since been downgraded to a tropical storm after making landfall on Saturday.

Helicopters, boats and thousands of troops have been mobilized across the country to rescue people.

Up to 33 people have died, and at least 19 people are missing. About 187 people have been injured. One woman fell to her death from a rescue helicopter, The Associated Press reports.

The AP reports: "The Tokyo Fire Department said a woman in her 70s was accidentally dropped 131 feet to the ground while being transported into a rescue helicopter in Iwaki city in Fukushima prefecture, a northern area devastated by the typhoon. She was rushed to a hospital but died, a department official said."

Typhoon Hagibus made landfall south of Tokyo in Shizuoka prefecture with strong rain and powerful winds hitting the central and northern parts of the country. The storm was coming ashore as a 5.7-magnitude earthquake struck off the coast of neighboring Chiba prefecture.

Public broadcaster NHK said 142 rivers across the nation had flooded or overflowed their banks, some flooding in more than one spot. The public broadcaster also said that at least 21 levees along rivers had collapsed.

A stretch of Fukushima, in the city of Date, was flooded. In some areas, only rooftops of residential homes were visible. Rescuers in boats got people out. Also under water were sections of nearby Miyagi prefecture.

Aerial news footage showed people in different areas of the country on rooftops waiving to get the attention of helicopter pilots.

The Tama River, which runs by Tokyo, overflowed its banks, flooding homes and other buildings in the area.

Japanese authorities are warning of continued mudslides. Many homes have been buried, and search teams are checking for survivors.

Evacuation centers had been set up in coastal towns with tens of thousands seeking shelter. Kyodo News service said evacuation warnings had been issued to more than 6 million people.

The typhoon interfered with plans for a three-day weekend in Japan. Monday is Health and Sports Day. Its purpose is to promote sports and an active lifestyle to ensure a healthy mind and body.

Japan is hosting the 2019 Rugby World Cup. The tournament began on Sept. 20 and goes until Nov. 2. Matches on Saturday were canceled because of the typhoon.

Suzuka, a city in Mie prefecture, hosted the Japanese Grand Prix Sunday. Mercedes driver Valtteri Bottas won the race — his third Formula One victory of the season. Saturday's bad weather forced the qualifying session to be moved to Sunday morning.

Typhoon Hagibis was expected to be the largest typhoon to hit Japan in 61 years. As NPR reported on Friday, the Japan Meteorological Agency forecast chief Yasushi Kajihara said that Hagibis resembled the 1958 Kanogawa Typhoon that killed more than 1,200.

Last month Typhoon Faxai hit parts of Japan. The BBC reports some 30,000 homes had been damaged, most of which, hadn't been repaired yet.